#KarateWorldChamps: Steven Dacosta: I will continue fighting for Karate's inclusion in Paris 2024 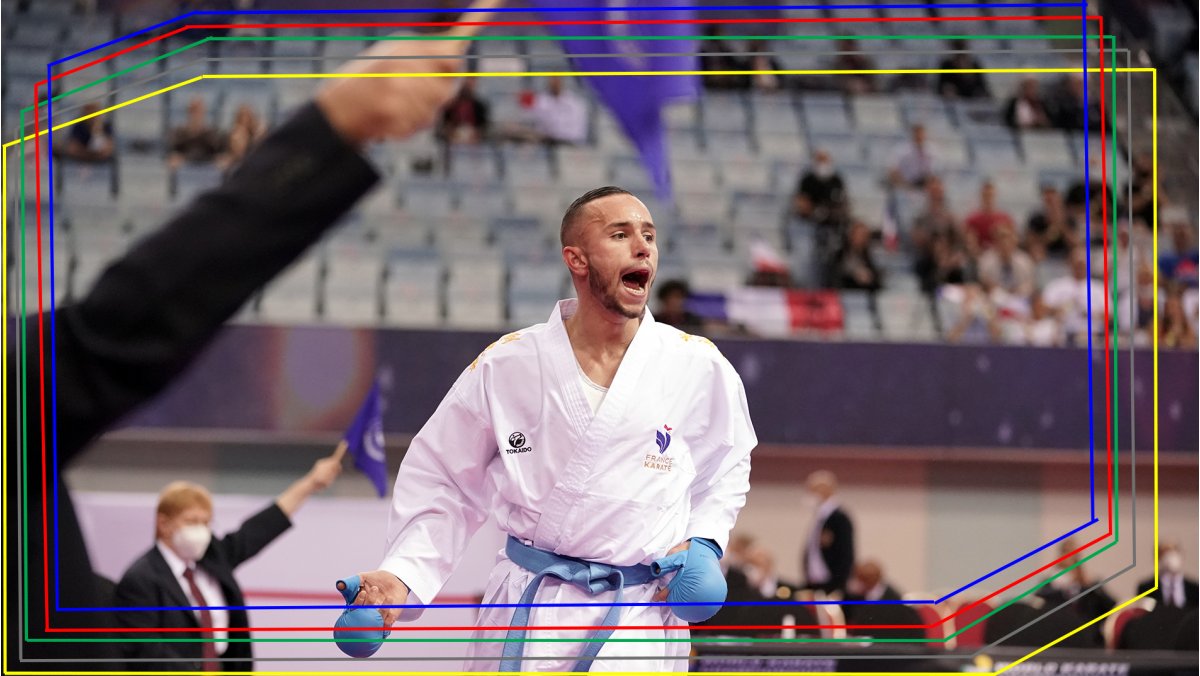 As he is ready to fight for the title at the 2021 Karate World Senior Championships, the French Karate hero reassures that he is not giving up on his other lifetime goal: Karate’s inclusion in the Olympic Games Paris 2024.

Day 2 of #KarateDubai2021 had a big star: Steven Dacosta.

The 24-year-old karateka produced a sensational performance to reach the final stage of the competition in Dubai, thus qualifying to fight to retake the World title which he won in Madrid in 2018.

A karateka by heart and soul as his father and two brothers are Karate athletes, Dacosta showcased an outstanding level to dominate the competition of Male Kumite -67kg. 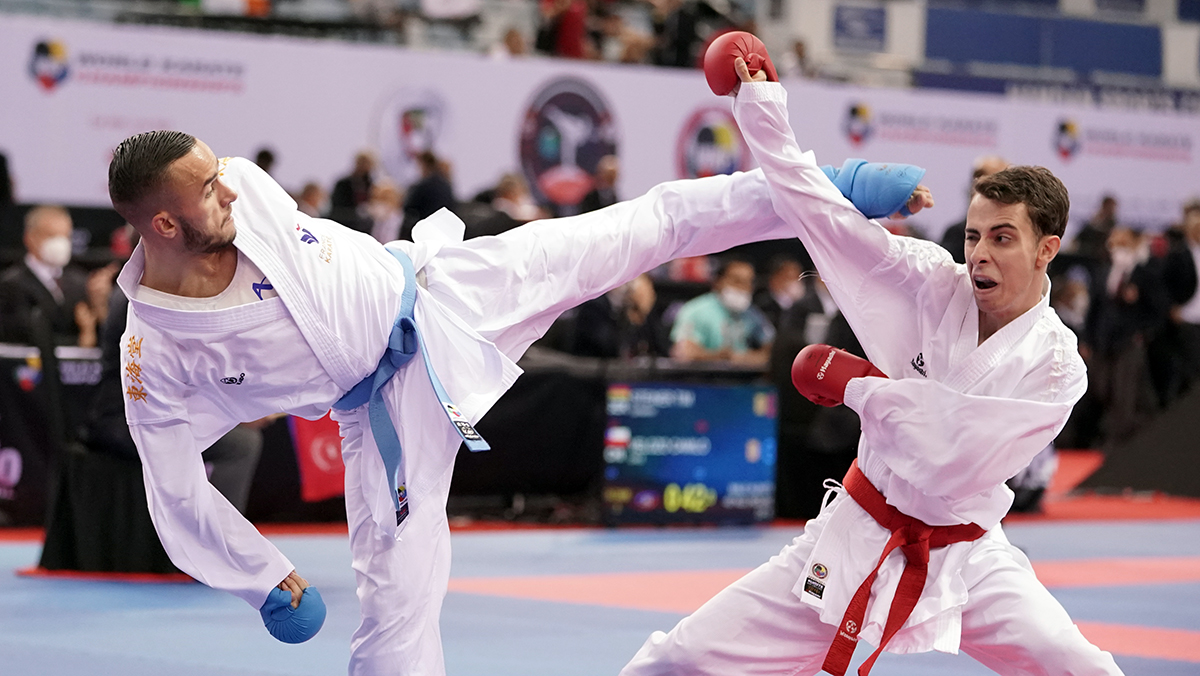 The number one in WKF World Ranking defeated Jordy Timmermans of Curacao (4-0), Ylli Cenaj of Kosovo (2-0), Vasil Rivov of Bulgaria (2-0), and Dionysios Xenos of Greece (4-2) to top the preliminary pool.

In the semi-finals, Dacosta was 2-0 down against Japan’s Soichiro Nakano. When the surprising Japanese karateka was close to causing the big upset of the tournament, Dacosta produced an outstanding “Ippon” or three-point technique by “Uramawashi Geri” kick to win the bout 3-2.

“The semi-final against Nakano was extremely difficult. I enjoyed the day, and although it has been a nice experience so far, it’s being very hard,” said Dacosta after the semi-final.

The French hero aims at keeping the World crown in the final on Saturday against Emil Pavlov of North Macedonia. Dacosta is having his eyes set on getting the quadruple crown, after winning the World, European, and Olympic titles.

Steven Dacosta is one of Karate’s most inspiring athletes not only on the tatami but also outside the Karate events.

The Olympic champion is making a name by himself as the most vocal athlete in the campaign to include Karate in the programme of the Olympic Games Paris 2024.

“Ever since I won the medal in Tokyo, I have been talking to people and most of them have listened. Karate deserves to be in Paris 2024. I have done all that I can to try to get Karate back in the Games. The decision to exclude Karate from the Games has been very unfair”

“It would be great if IOC President Thomas Bach came to a Karate event like this World Championship or any of our continental championships. He would then realise all that the Olympic movement is missing by excluding Karate from the Games”. 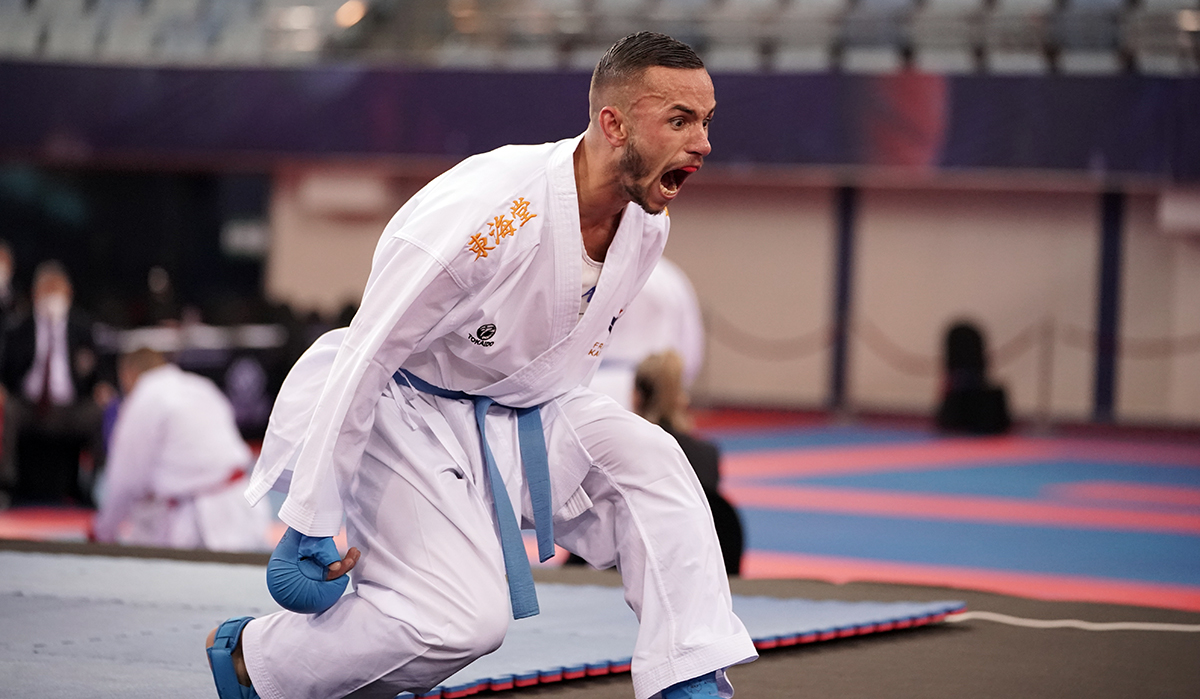 As a result of his growing popularity following his memorable performance in Tokyo, Dacosta’s advocacy efforts have created a tremendous uproar, especially in France, where a popular, society and political movement has risen in favour of reversing the decision of rejecting Karate from the programme of the Paris 2024 Games.

“I will continue fighting for Karate’s inclusion in Paris 2024. Karate is a wonderful sport, with millions of fans around the world that deserves to be in the Olympics,” he said.