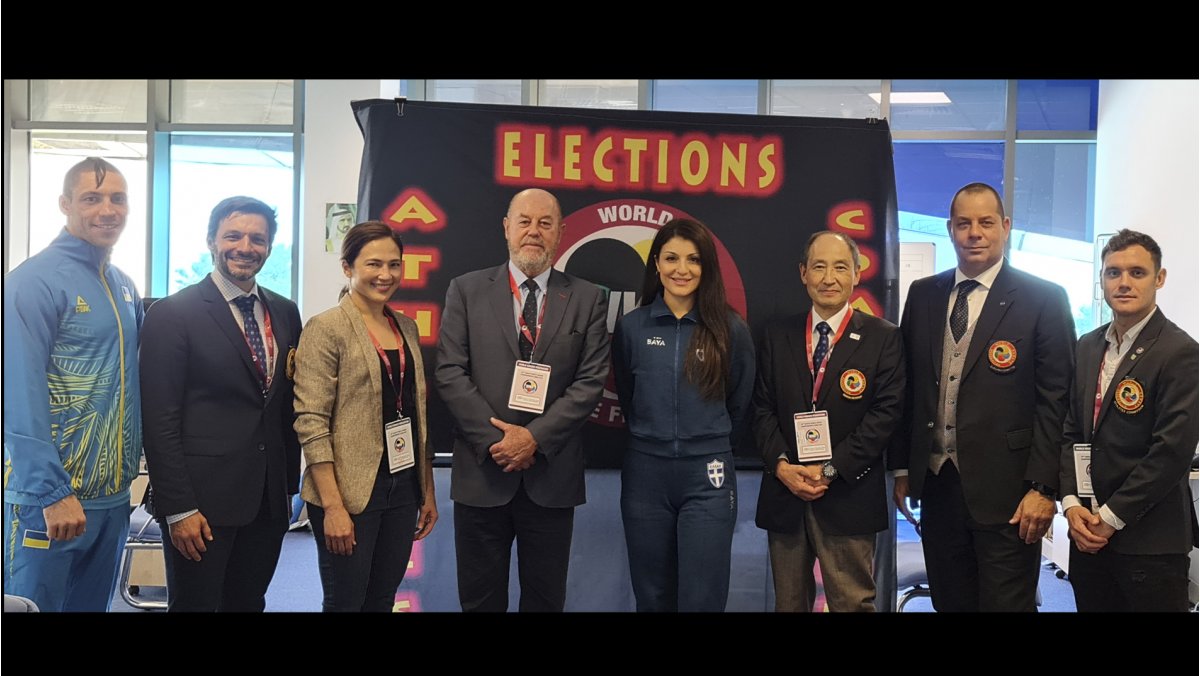 Stanislav Horuna of Ukraine and Vasiliki Panetsidou of Greece have been elected as the new members of the WKF’s Athletes’ Commission. Elisa Au of the United States was appointed as a new member while Davide Benetello of Italy continues as the chairman of WKF’s representative group.

Ukraine’s Stanislav Horuna and Greece’s Vasiliki Panetsidou topped the election process which was held in Dubai (UAE) during the 2021 Karate World Senior Championships.

Seven candidates in all had entered the race, with Olympians Sajad Ganzjadeh of Iran, Ryo Kiyuna of Japan, and Irina Zaretska of Azerbaijan, as well as Ingrida Suchankova of Slovakia, and Yves Martial Tadissi of Hungary all running for the two opening positions.

Panetsidou and Kiyuna were the ongoing members, with the Greek karateka finally earning the re-election and Horuna entering the commission for the first time, both for a four-year term.

The two new members join the WKF Athletes’ Commission that is now formed by Antonio Diaz of Venezuela and Douglas Brose of Brazil as elected members, and Nguyen Hoang Ngan of Vietnam, and Elisa Au of the United States as appointed members with Davide Benetello of Italy acting as the chairman. 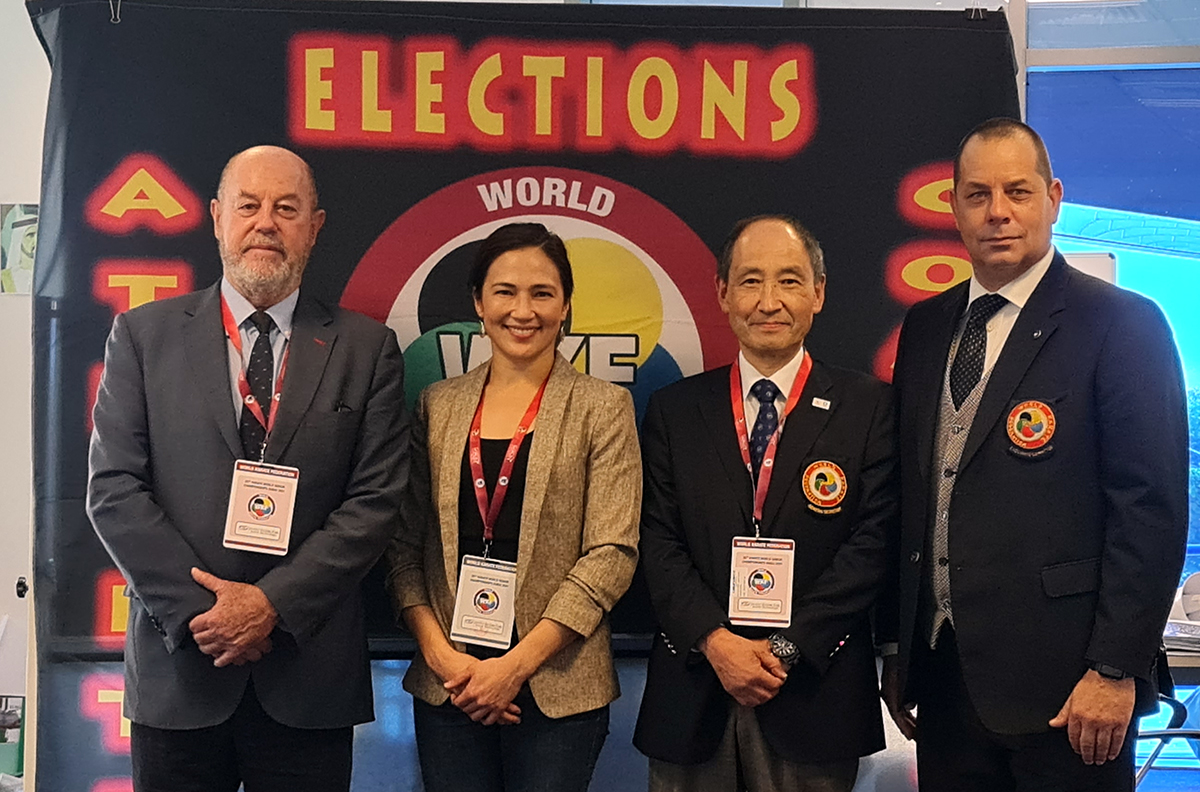 USA’s Elisa Au is three-time World champion and joins the commission as a member appointed by WKF Executive Board.

The WKF Athletes Commission celebrated its first meeting with its new composition Sunday at Hamdan Sports Complex. The commission decided to re-elect Davide Benetello of Italy as the chairman of the group. Discussions around the new format of World Championships and the social media presence, among others, were also on the agenda.

“The Athletes’ Commission provides an essential asset to the decision-making process of the WKF. Over the last years, under Davide Benetello’s leadership, the Athletes Commission has provided a crucial voice in the development of our sport considering that the wellbeing and progress of our karatekas are at the core of the WKF’s guiding principles.

I would like to congratulate the new members. I am convinced that as experienced and successful karatekas as they are, they will bring added great value to the commission.”. 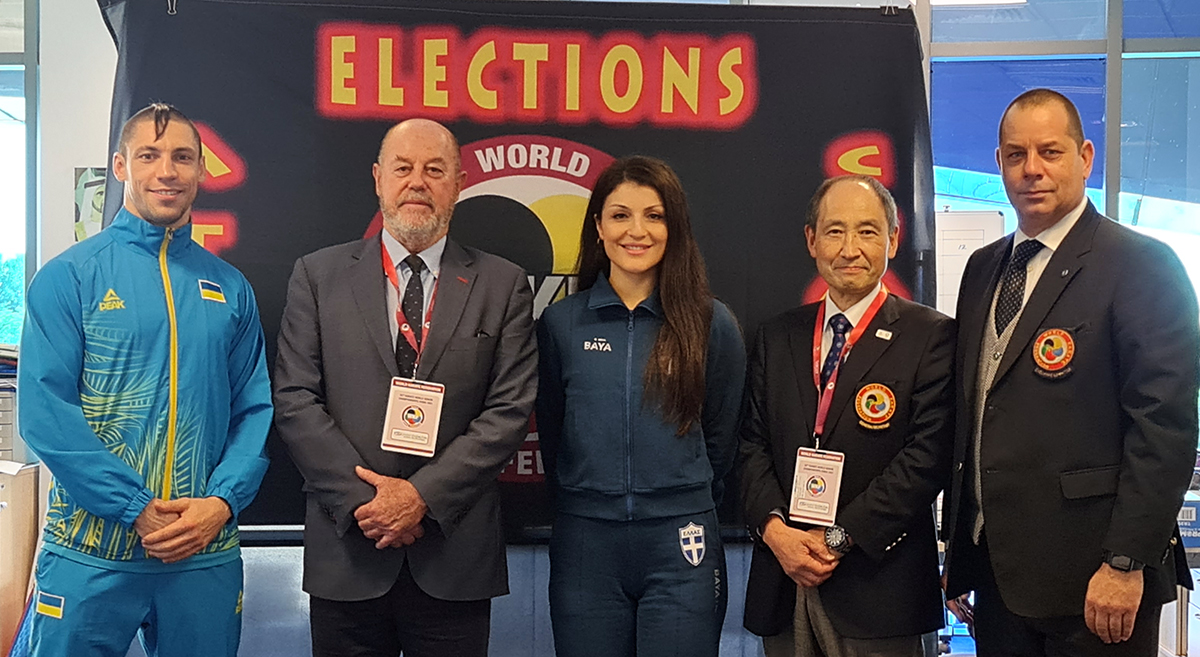