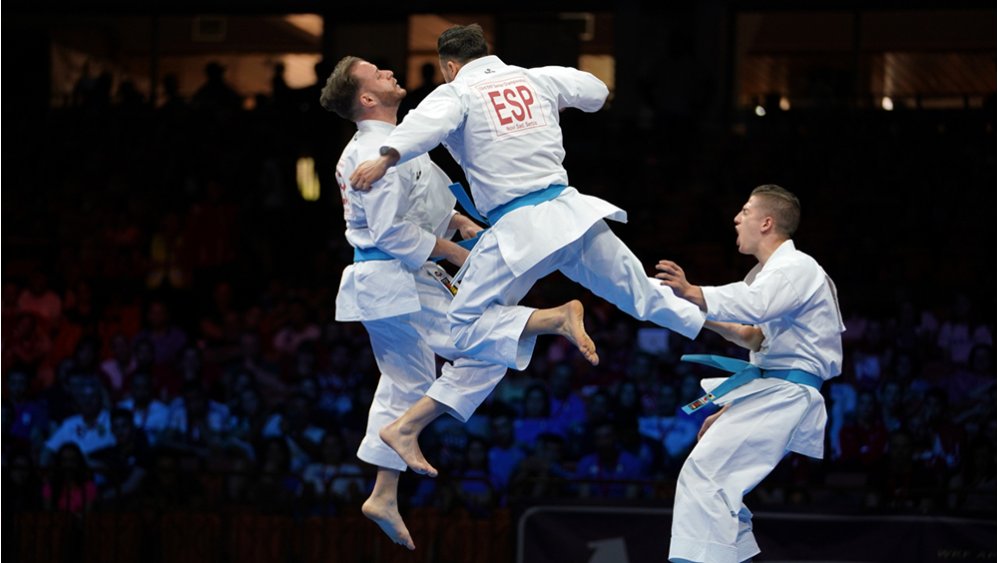 Spain topped the medal table of the 53rd Karate European Championships in Novi Sad (Serbia) after claiming one final title during the last day of competition. The success in Kata guided Spain to the top spot of the final standings of the event with Turkey, Italy, France and Switzerland completing remarkable performances.

Spain topped the medal table of the 53rd Karate European Championships in Novi Sad (Serbia) after claiming one final title during the last day of competition. The success in Kata guided Spain to the top spot of the final standings of the event with Turkey, Italy, France and Switzerland also completing remarkable performances.

The Spanish delegation rose to the top of the medal table with their victory in Male Team Kata. Spain continued getting outstanding results in the category of choreographed movements and achieved their third gold medal in the tournament when the Spanish Male Team Kata recovered the continental title. The side formed by Jose Manuel Carbonell, Sergio Galan and Francisco Jose Salazar defeated Russia by unanimous decision (5-0). The representatives of the powerhouse nation in Kata excelled in their performance of ‘Anan’ and got the European crown for the second consecutive time. Spain have ruled the Male Team Kata competition in the last years with titles in four of the last five editions of the tournament. 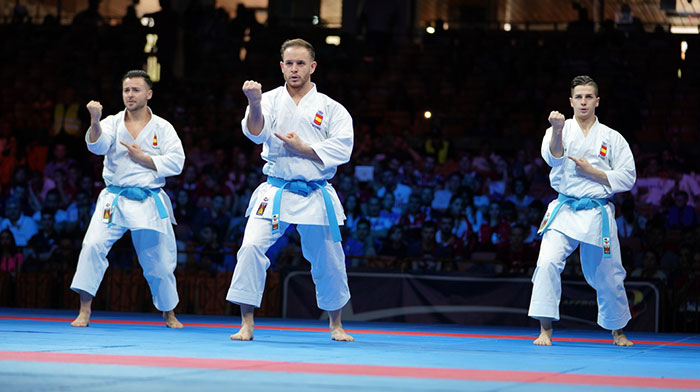 “We are very thankful for all the support that we have received to get here. It has been ten years in a row that we have reached the finals of the European Championships; it means that Spain is a big power in Kata and that we are on track of making history,” said Francisco Jose Salazar who has been a constant fixture in the Spanish Kata team for the past ten years. “In my case, I am honoured to have the chance to be in the team all this time. My personal count is five gold and five silver medals so I am very proud of this new success,” added the 32-year-old karateka.

“It is a great accomplishment for us. I think we deserved the medals that we got in Kumite categories here because of all the hard work being put into it. This is just the beginning to all what’s left to come for us,” said Spanish Kata ace Sandra Sanchez.

“Being first at the medal table means that we are doing a good job; it means that all of us are going in the same direction. The results attest all our efforts,” added Karate Star and gold medallist Damian Quintero. 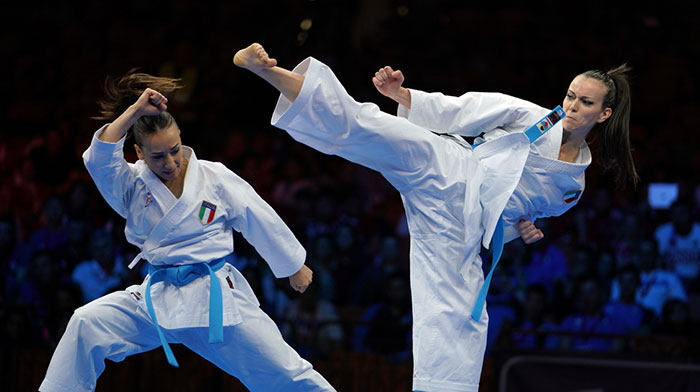 Italy prevented a clean sweep of Spain in kata categories after winning the title in Female Team Kata. The squad formed by Sara Battaglia, Terryana D’Onofrio, and Michela Pezzetti performed a spectacular 'Heiku’ kata to defeat the current champions of Spain by split decision 3-2. It is the first time since 2013 that the Italian Female Kata Team reaches the top of the podium at the continental event.

Spearheaded by European Championships medallists Ugur Aktas and Burak Uygur, Turkey wrapped up their remarkable participation at the event with their third gold medal in the tournament. Turkey defeated Spain in the disputed final of Male Team Kumite by 3-1. With this victory, Turkey extend their domination in the Team Kumite category, as the Turkish squad has claimed three gold medals in the last five years.

“We are very happy because last year we got the gold medal in Turkey and now we did it again! Our target now is the World Championships and we hope to get a medal there. We will work for it,” said Ugur Aktas. 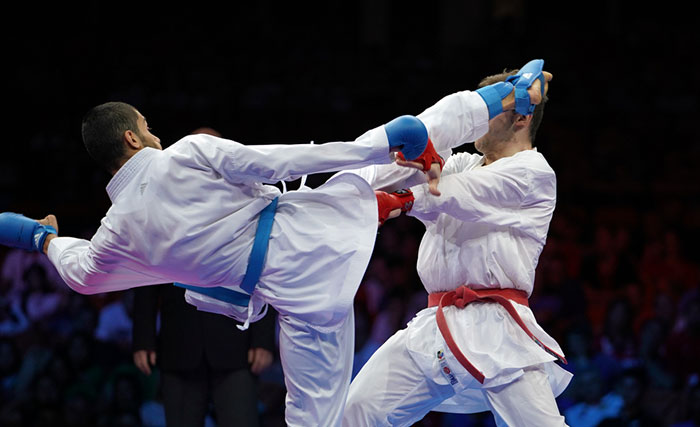 The championships finished with the Para-Karate Wheelchair user competition. The last category of the first Para-Karate European Championships took the central podium in Novi Sad to give another moving demonstration of how sporting abilities can overcome all the difficulties.

In Male Wheelchair user, Fatah Sebbak of France got the title after defeating Evgenii Korobeinikov of Russia, while in Female Wheelchair user Marina Kulikova of Russia won the crown after beating team-mate Tatiana Fedina in the final. 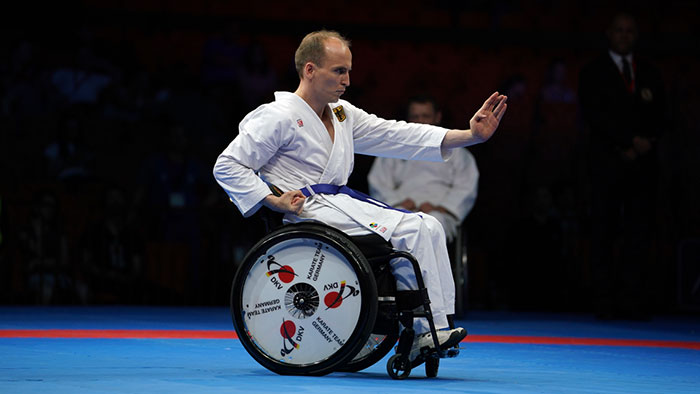