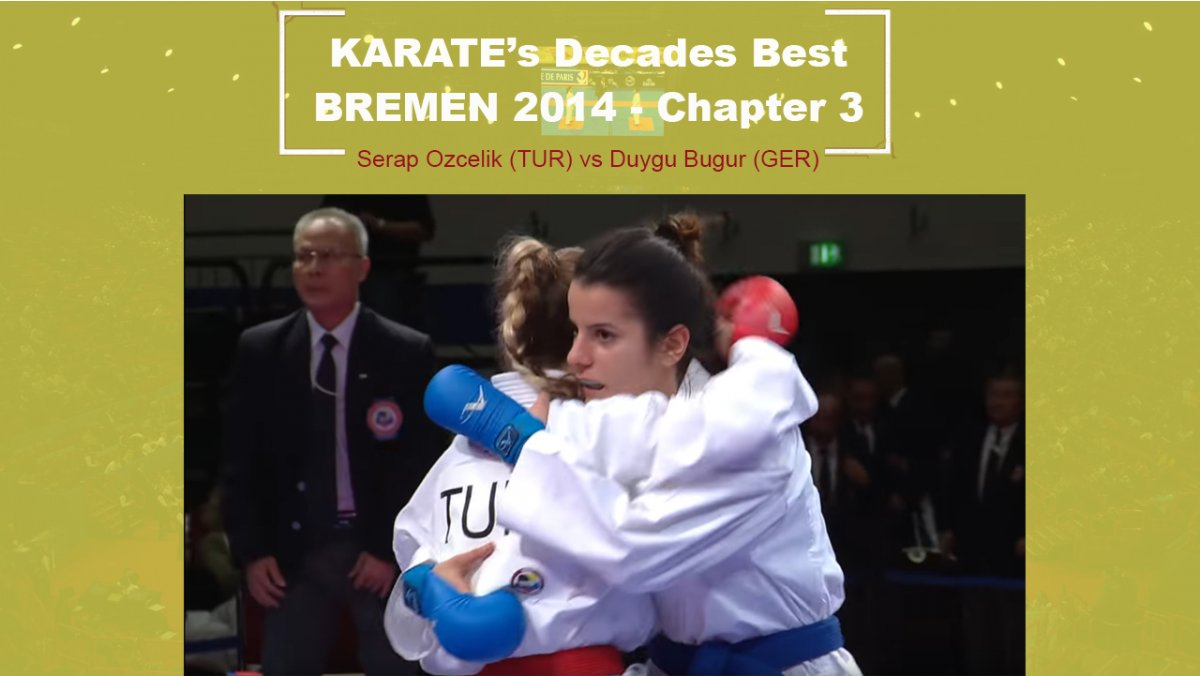 A new episode of Karate's Decades Best is coming next Thursday to WKF YouTube Channel.

One of the most thrilling moments of the last World Championships, the final of Female Kumite -50kg of the 2014 World Championships had Karate Star Serap Ozcelik Arapoglu of Turkey facing local hopeful Duygu Bugur of Germany. In a demonstration of offensive Karate, the two top athletes engaged in a spectacular showdown of kicks and punches. Karate fans should make sure not to miss this highlight of the memorable Bremen 2014 World Championships

The next programme of Karate’s Decades Best will be available on the WKF YouTube channel on Thursday, April 1st.

The third episode of the series devoted to Bremen 2014 will be commented on by former European Champion Vicky Panetsidou of Greece and international referee Dion Panossian of Australia together with WKF TV Commentator Billy Brennan.

A fan favourite karateka from Greece and member of the WKF Athletes Commission, Vicky Panetsidou will give valuable insight on the preparation ahead of top Karate bouts and on the quest to qualify for the Olympic Games. Meanwhile, the international referee and member of WKF Referee Commission Dion Panossian will offer the judges’ perspective on the referees’ performance at big events and the officials' preparations for the Olympic Games.

Watch Episode 3 of Series 3 of Karate’s Decades Best this Thursday on the WKF YouTube Channel here.