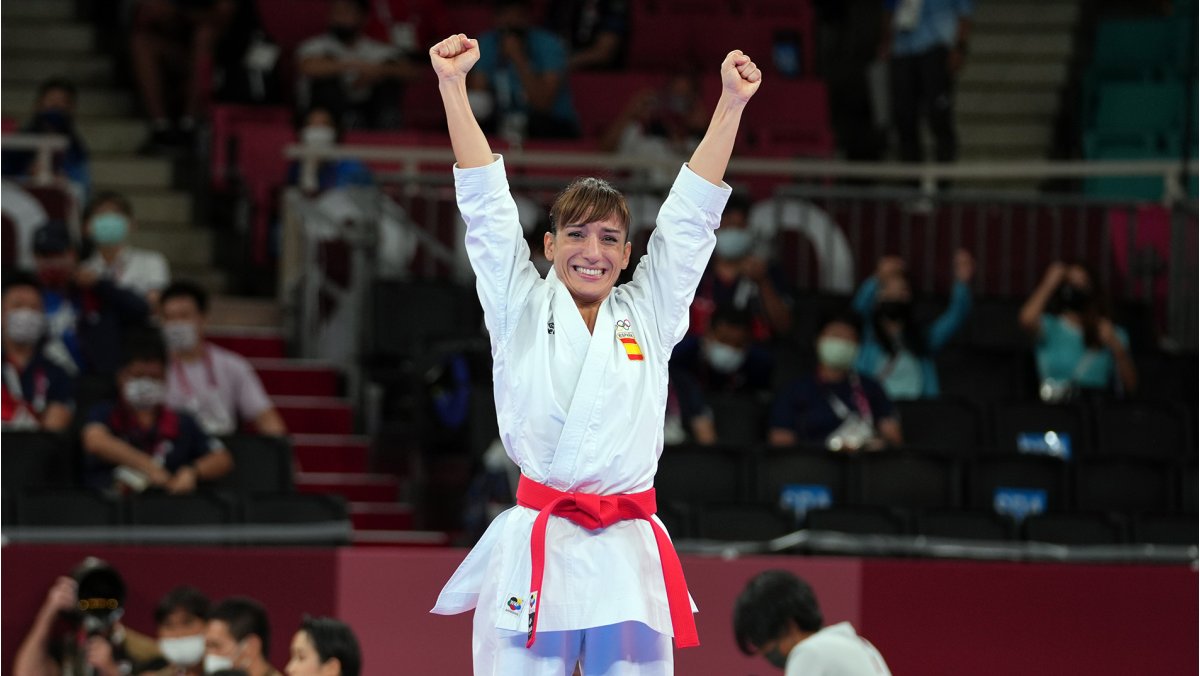 The 39-year-old Spaniard claimed gold in the Women’s Kata today after putting in a near-flawless performance at Tokyo’s Nippon Budokan martial arts hall.

Her score of 28.06 was enough to see off archrival Kiyou Shimizu of Japan, who had to settle for silver with a score of 27.88.

With the win, Sanchez now holds the unique distinction of being the current Olympic, World and European Champion.

“I can’t explain what I feel right now. It is a feeling of happiness multiplied by 1000. I can’t believe it. It was a beautiful moment, in the best possible stage here at Budokan, against Shimizu, and in such a thrilling final,” said Sanchez. “I knew it was going to be very close, so I knew that I had to give my heart and soul here to win and this is what I tried to do.”

Sanchez and Shimizu, ranked No. 1 and 2 in the world respectively, were considered favourites to reach the finals and neither disappointed through Day 1 of the Olympic Karate competition.

The current World and European champion defeated Mo Sheung Grace Lau of Hong Kong and Sakura Kokumai of the USA in the ranking round en route to the gold-medal showdown, while two-time World Champion Shimizu brushed aside Viviana Bottaro of Italy and Dilara Bozan of Turkey.

“I'm disappointed that I didn't do as well as I had practised. I got carried away and couldn't get into my usual rhythm. I wanted to finish more comfortably. When I finished, I felt that I made a mistake,” said Kiyou Shimizu. 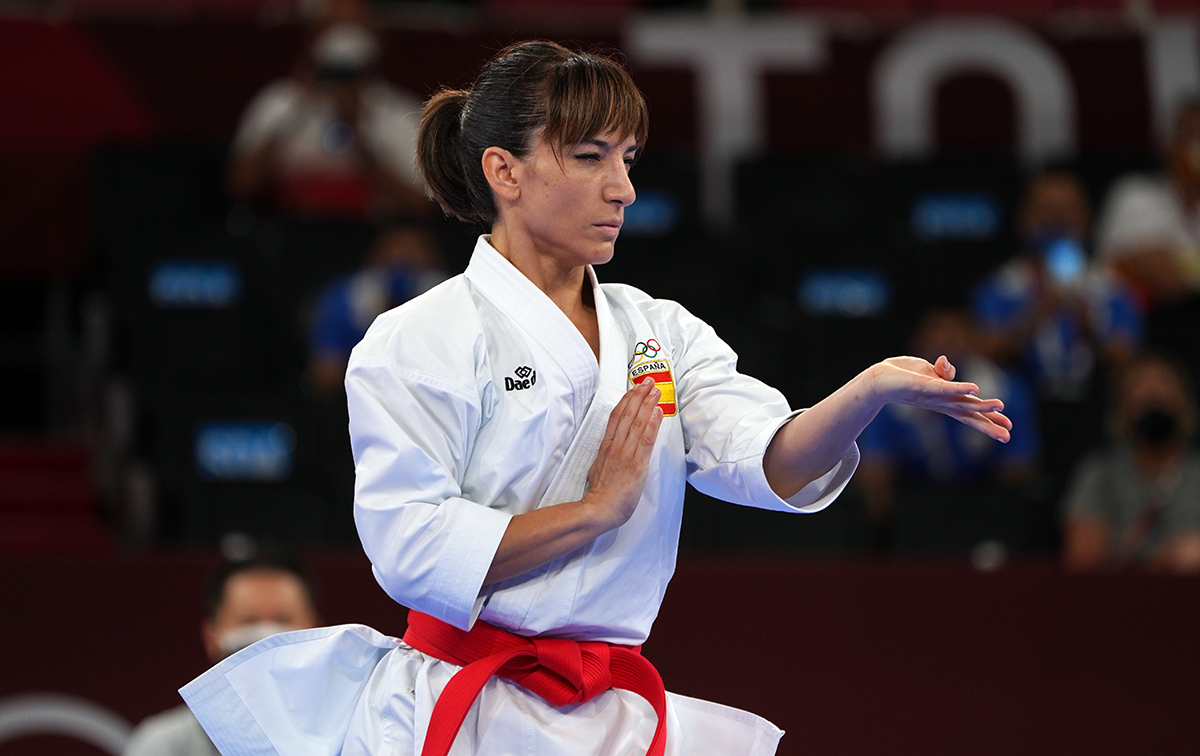 Hailing from the city of Talavera de la Reina in the province of Toledo, Sanchez started practicing Karate at the age of 4. But success in the sport only came later in life. Dismissed as too old and a has-been in her mid-30s, she was crowned champion at the 2018 World Championships in Madrid.

The five-time European Champion has won 35 consecutive medals in the Karate 1-Premier League, claiming honours in all the sport’s first-class series of events since 2014. The incredible feat earned her recognition from the Guinness World Records.

She landed her sixth European gold at this year’s continental championships in Porec, Croatia. 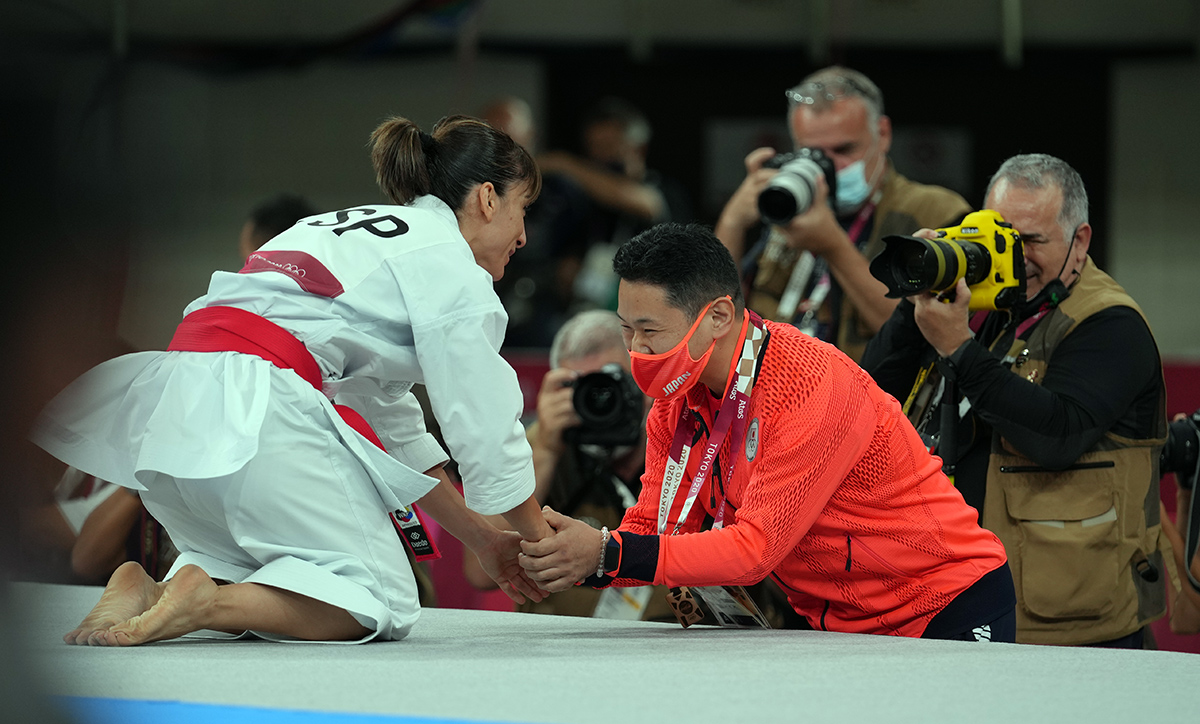 “It is even more special because it is the first time Karate is in the Olympics. Last year all of us had a very difficult time and therefore I am feeling great joy for being able to win this gold,” adds Sanchez who wanted to share the crown with her coach and husband Jesus del Moral.

“I can’t express how beautiful this is to me that we are living this together. I am only here because he believed in me, and I could only do it because he always was by my side. So I can only say ‘thank you, Jesus” Sanchez stated.

It was an even more special day as the happiest couple celebrated their wedding anniversary. Sandra and Jesus got married five years today. Their emotional celebration is surely one of the highlights of the Olympics.

“Five is our number. Five years ago we got married, on day 5, we won gold in a five-year Olympics…. So, this is my present for you, Jesus, What do you have for me?” she joked asking her husband and coach.

The bronze medals in the Women’s Kata went to Mo Sheung Grace Lau of Hong Kong and Viviana Bottaro of Italy. 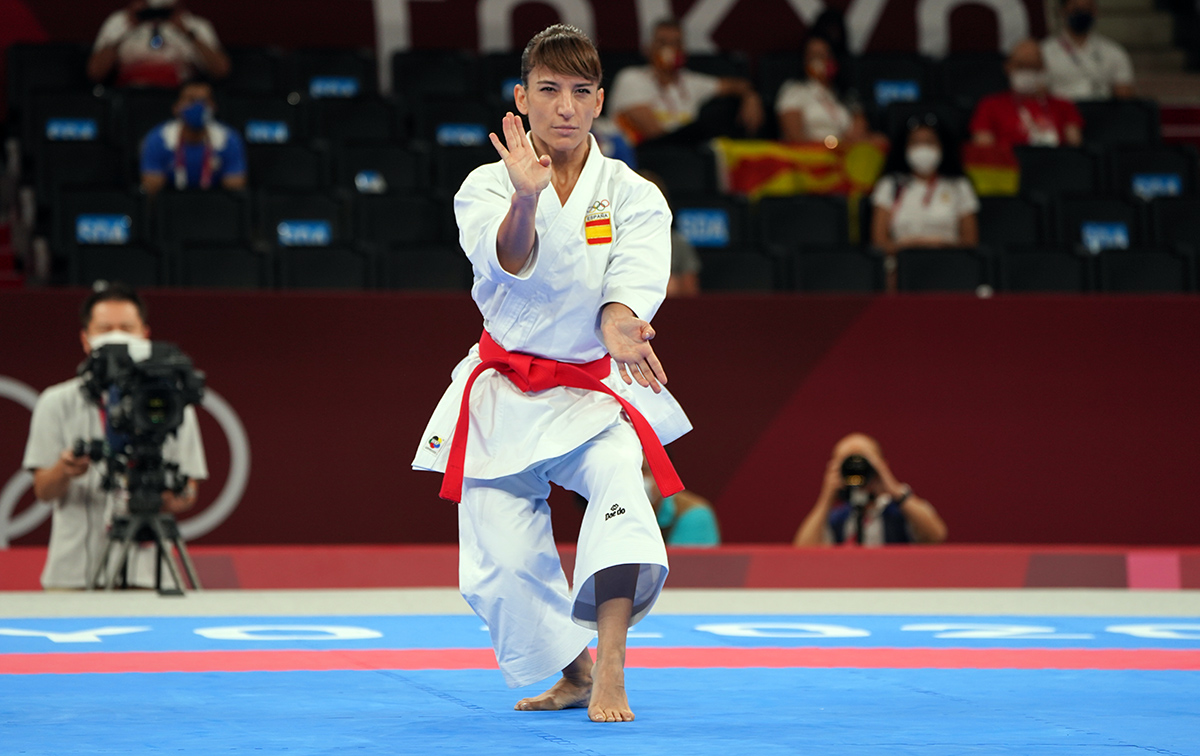