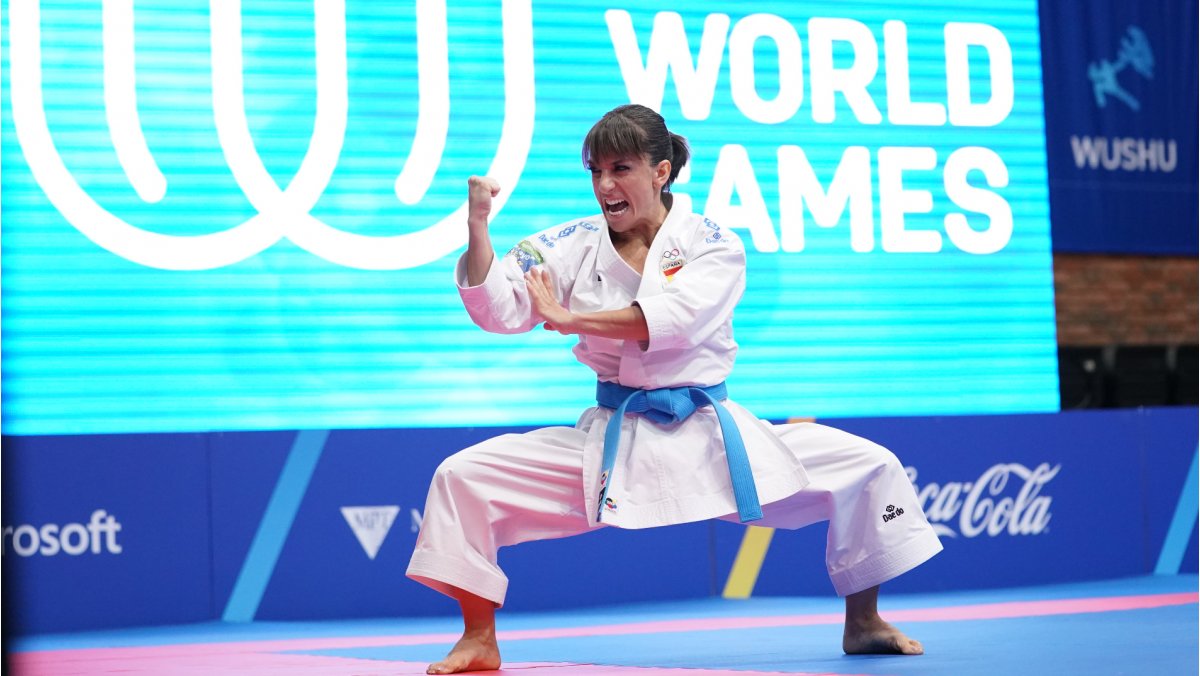 The Karate competition of The World Games started Friday with an action-packed day that had Sandra Sanchez of Spain, Kazumasa Moto of Japan, Junna Tsukii of the Philippines, Ayoub Anis Helassa of Algeria, Anzhelika Terliuga of Ukraine, and Vinicius Figueira of Brazil as the big winners.

The finals of the Kata competition had a double Japan vs Spain match that ended with a gold medal for each powerhouse nation.

In Male Kata, Japan’s Kazumasa Moto defeated Olympic Games silver medallist Damian Quintero of Spain, thus producing one of the biggest upsets of the day. Moto used his performance of “Gankaku” kata to beat Quintero by a slim 26.6 to 26.2.

Sandra Sanchez of Spain confirmed her status as one of the brightest stars of Karate. In her farewell from international competition, Sanchez added the crown in The World Games to her current titles in World Championships, European Championships, and Olympic Games.

The Kata queen claimed a convincing victory over Hikaru Ono of Japan in the final by 27.00 to 27.92.

Sandra Sanchez said:
“I have a strong mix of feelings today. I am feeling very happy but also sad. But mostly, I feel that I could not ask for more in my life. I have achieved everything that I could possibly wish for. Besides, today I had a great day on the tatami. I leave the competition with a sense of accomplishment as I left my heart and soul on the tatami.” 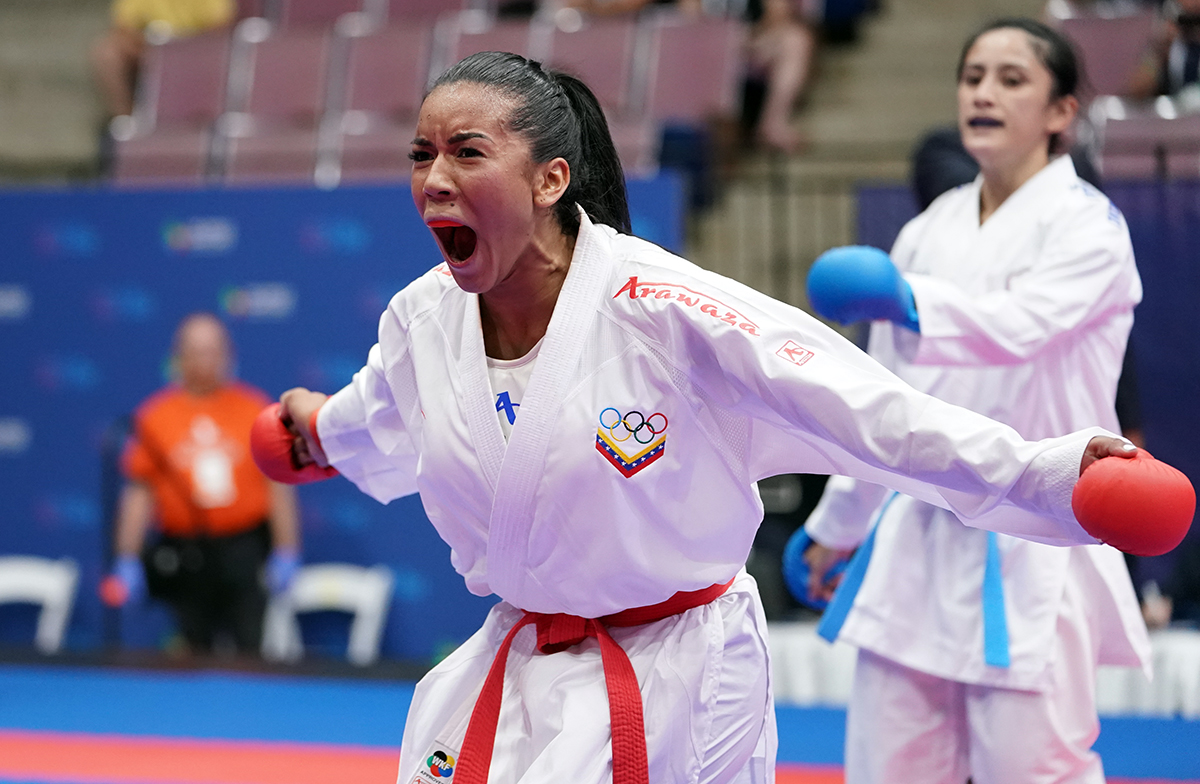 The lighter categories in Kumite ended with big upsets as the underdogs defeated the big favourites.

In Female Kumite -50kg, Junna Tsukii of the Philippines upset frontrunner Yorgelis Salazar of Venezuela 2-0. Tsukii, who had a silver medal at the AKF Championships as her big success claimed her first major title after beating continental champion Salazar in a highly technical bout.

“I have been waiting for this for many years. The Philippines is not a very big country and we have not won many gold medals. Today I was not fighting just for myself; I was fighting for the new generations of karatekas in the Philippines who hopefully can outgrow this success and achieve even greater success themselves.” 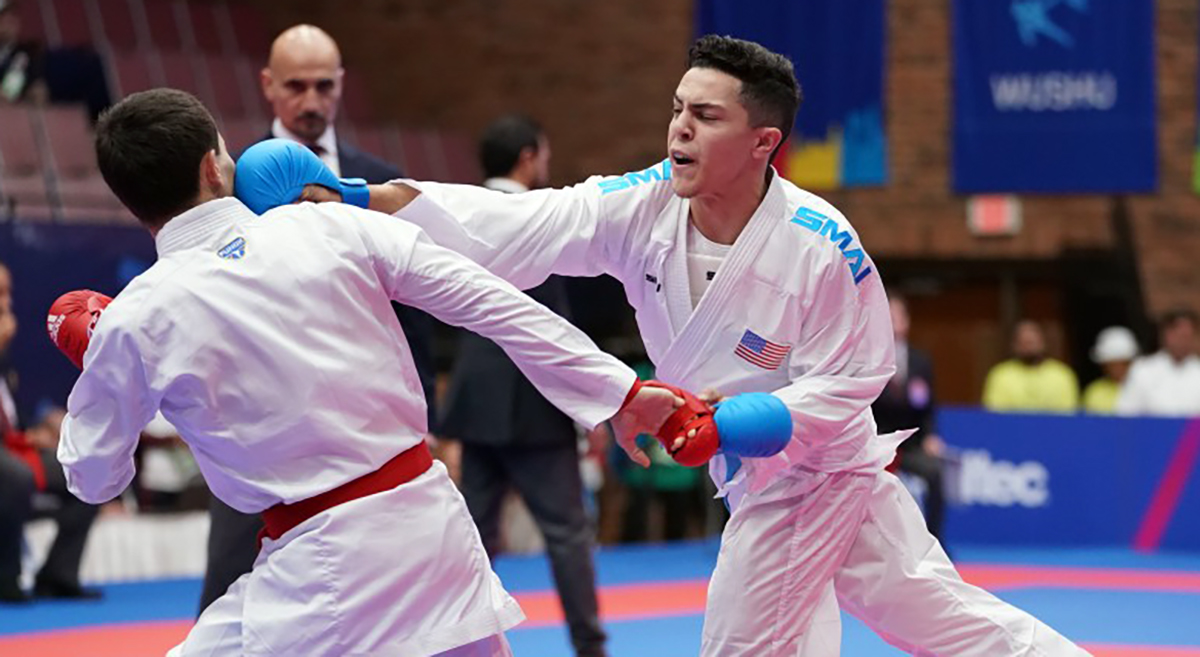 Meanwhile, Ayoub Anis Helassa of Algeria upset defending World Champion Douglas Brose of Brazil in the final of Male Kumite -60kg. Helassa confirmed his rising star status since he added the title of The World Games to his Junior continental and World crowns. The Algerian promising karateka defeated Brose by 4-0.

Predictions were fulfilled in the last two categories of the day and frontrunners prevailed in both Male Kumite -67kg and Female Kumite -55kg.

The final of Female Kumite -55kg was a true clash of titans since World champion Ahlam Youssef of Egypt fought for gold against Olympic Games silver medallist Anzhelika Terliuga of Ukraine. The title went to Ukraine as Terliuga used a slim “Yuko” or one-point technique to win the bout 1-0. 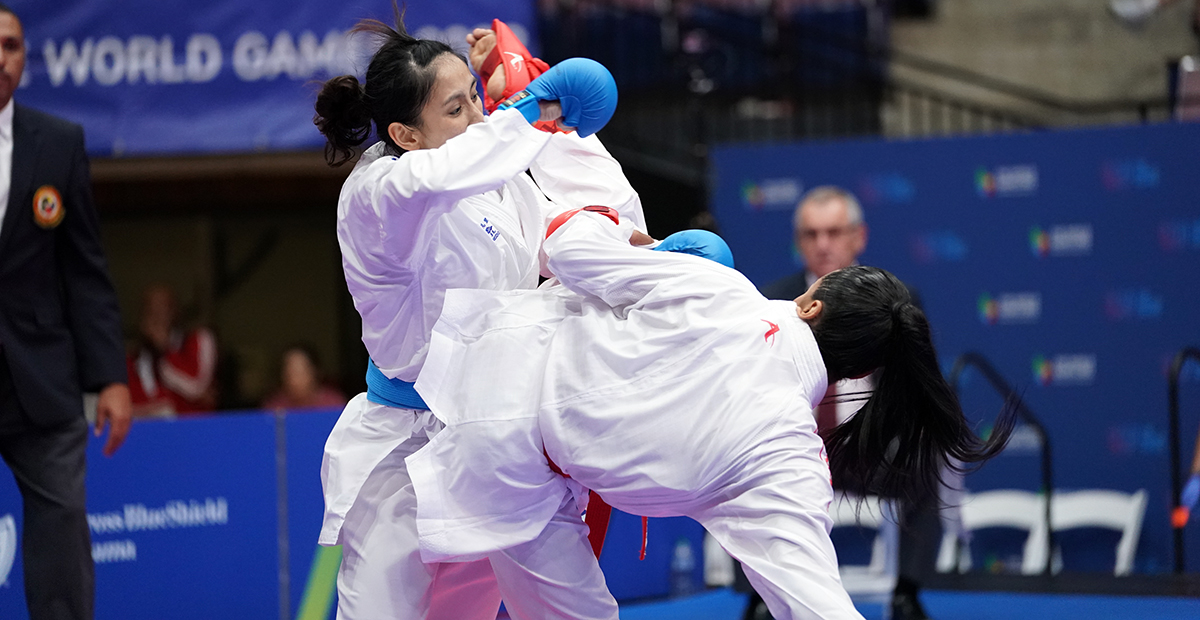 “I am proud to have won this medal for my country, I am proud to be Ukrainian, and it makes me proud that I was able to bring something good to Ukraine. It was my dream to win this important medal and to have done it in the hardest of circumstances. I am sure that soon we will win, and my country will win, in everything”.

The Karate competition at The World Games concludes Saturday with day 2 of action from Bill Battle Coliseum.

CLICK HERE to go to the micro-site of Karate at The World Games.