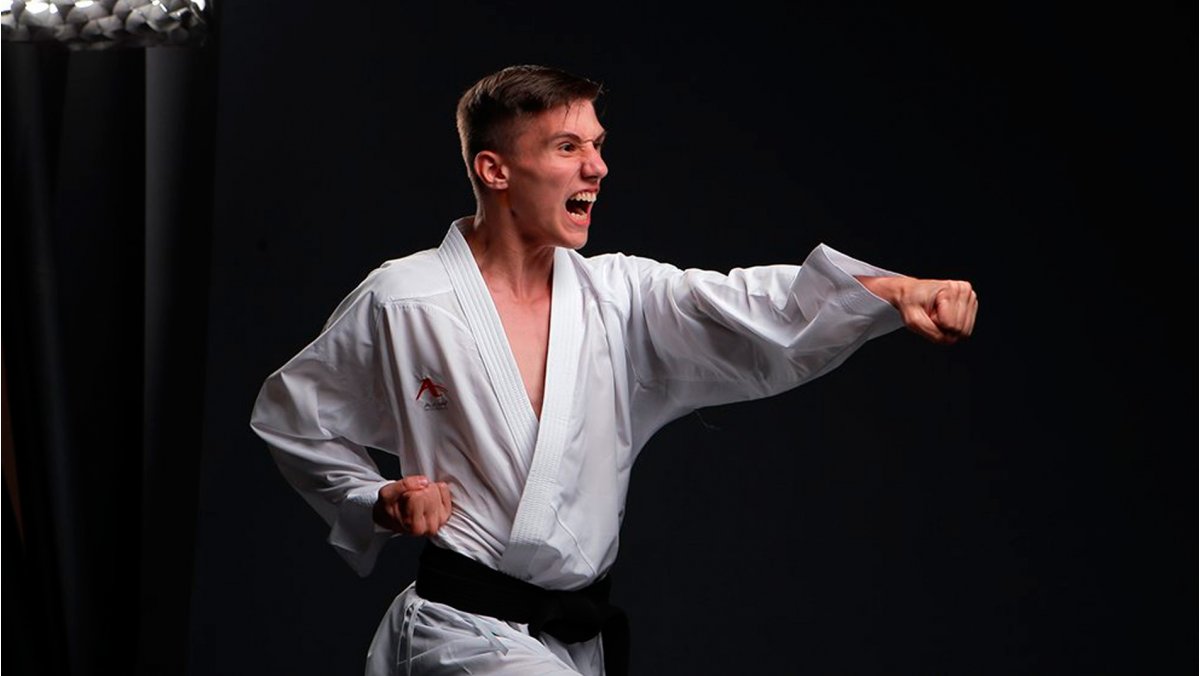 When Robert Shyroian was a young boy, he wanted to be like one of the martial arts heroes he watched in movies. Now, the Ukrainian karateka is ready to go down in history of the sport as Karate is about to make its debut in the Youth Olympic Games.

When Robert Shyroian was a young boy, he wanted to be like one of the martial arts heroes he watched in movies. Now, the Ukrainian karateka is ready to make history for the sport as the Karate competition in the Youth Olympic Games is about to .

With the Karate tournament of the memorable event starting in less than one week in Buenos Aires, the world of Karate awaits with excitement the anticipated moment. Among the young competitors set to take the spotlight in Buenos Aires, Robert Shyroian hopes to continue the successful tradition of Ukrainian Karate champions.

“If I get the chance to win the medal in Buenos Aires, my name would become well-known as I would be one of the first athletes to win the Olympic medal in the history of Karate. So, this medal is really important for me,” said Robert Shyroian.

The Ukrainian promising karateka claimed the ticket to the Youth Olympic Games after finishing in the first place of the qualification tournament which was held in Umag (Croatia). The karateka demonstrated a great level throughout the competition and beat favourite Kotaro Nakamura of Japan in the final. Now, the young karateka is ing the days to making his debut in Buenos Aires.

“I am so glad to take part in such an outstanding tournament. As the Karate event is scheduled for the last days, I have time to enjoy my time at the Youth Olympic village, supporting my team-mates of Ukraine and interacting with peers from other teams and different ries. All of this makes the time spent here by far the best period of my life!” said the young karateka.

Robert Shyroian started practising Karate at a very early age. Like many others like him, he had a clear motivation to take the sport.

“I started doing Karate when I was six because I used to watch a lot of movies with famous martial artists. That’s I got the inspiration to practise the sport. So, I asked my parents to take me to a Karate dojo,” explains Shyroian.

“I was practicing it with my brother, so it was very interesting to go to training, we motivated and inspired each other,” added the young karateka.

The promising Ukrainian athlete doesn’t just have martial arts movie stars to look up to. He will try to follow the steps of Ukrainian competitors who had made a name for themselves at the highest level of the sport.

“Ukraine have many prominent and highly successful Karate competitors such as Stanislav Horuna, Anzhelika Terliuga, Anita Serogina, among others. If I get the chance to win a medal, I could become well-known like them,” stated Shyroian.

Robert Shyroian will participate in the Male Kumite -68kg category of the Youth Olympic Games in Buenos Aires which is scheduled for October 18th at Pabellon Europa sports hall.