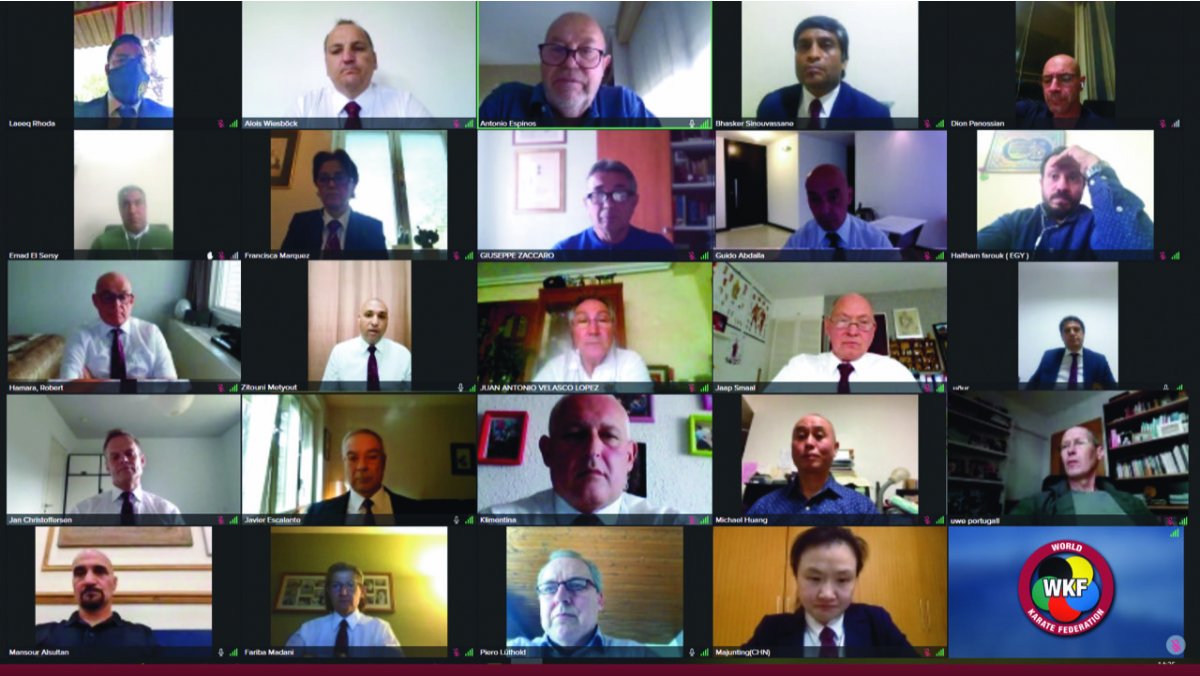 The candidates to act as referees at the Olympic Games Tokyo 2020 met today with WKF President Antonio Espinós to discuss preparations for Karate’s debut at the Games.

The analysis of the refereeing matters at the first international event which was held last month in Istanbul as well as the evaluation of the referees’ performance in the quest to earn the nomination to the Games were reviewed at the virtual meeting.

Headed by Mr Espinós and managed by WKF Referee Commission chairman Javier Escalante, the meeting gathered all the candidate judges for the Games. A preselection of referees had been announced earlier this year, with the final 15 judges to officiate at the Olympic Games to be appointed in May.

“The evaluation of Olympic referees which is currently underway is crucial in ensuring the best quality of our refereeing at the Olympic Games. We want to have the best of the best in Tokyo, both athletes and referees. The level of the judges is absolutely essential to our success in Tokyo; it is important to establish the best guarantees that the refereeing team in Tokyo is the best one that we can have. In this regard, the work done by the WKF Referee Commission headed by Javier Escalante is exceptional and is reflected in the high level of performance of our referees thus far,” said WKF President Antonio Espinós.