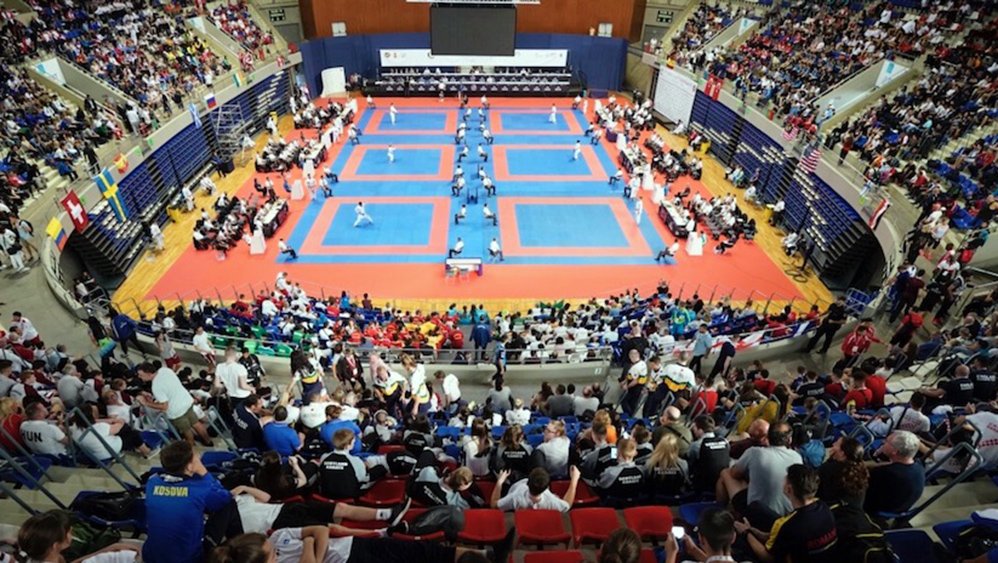 The 2017 World Cadet, Junior & U21 Championships began on Wednesday as promising karatekas started the quest to the medals.

The 2017 World Cadet, Junior & U21 Championships began on Wednesday as promising karatekas started the quest to the medals.

Over 1700 young athletes from 110 countries are gathering this week in Tenerife (Spain) for a record-breaking event. Never before in the history of the sport had a first-class tournament registered such a high-level attendance of competitors. The top underage Karate event in Tenerife is set to create a new era for the sport as Karate’s future stars showed their abilities in the first of the five-day event.

The tournament started with the Kata competition in Cadet, Junior and U21 categories. Young athletes demonstrated their excellence with thrilling katas. The respect, tradition and concentration of the ancient modality were showcased in the hopeful performances of Karate’s rising stars.

This is the calendar of the first competition day (local time)

#KarateTenerife2017 to stream LIVE on the Olympic Channel and Karateworld.tv

The 2017 Karate World Cadet, Junior & U21 Championships will stream LIVE worldwide on the Olympic Channel and on Karateworld.tv. Karate’s rising stars gather in Tenerife (Spain) from October 25 to 29 for the tenth edition of the World Cadet, Junior & U21 Championships. Fans can catch all of the action LIVE on karateworld.tv and on the Olympic Channel at olymicchannel.com and on its mobile apps.