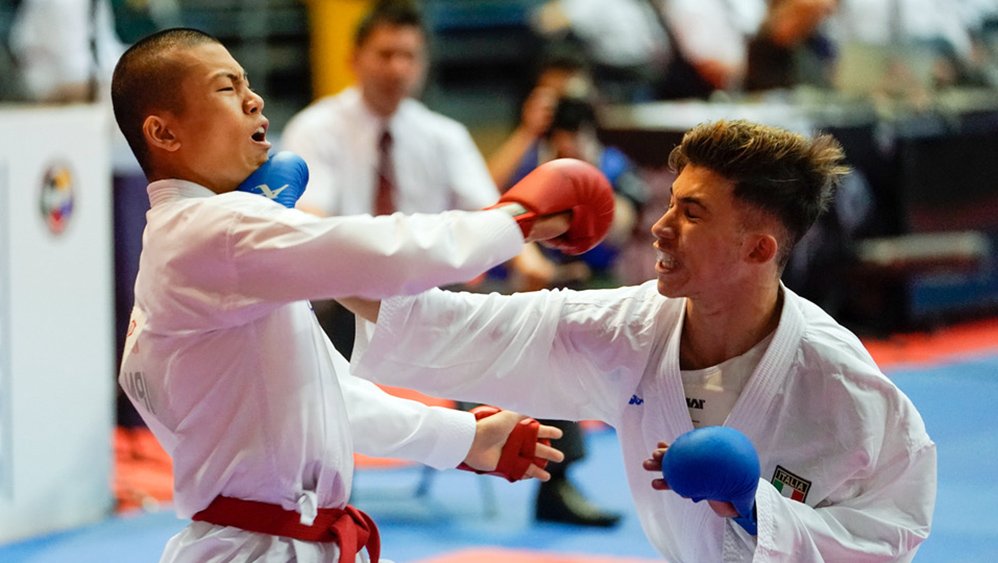 Karate’s Olympic dreams took the stage of the World Cadet, Junior & U21 Championships as the categories set to participate in the next Youth Olympic Games captured the attention of fans on Thursday.

Karate’s Olympic dreams were showcased at the second day of action of the World Cadet, Junior & U21 Championships as the categories set to participate in the next Youth Olympic Games captured the attention of fans on Thursday.

The second day of competition was centred on the junior categories. The competitors in these categories are the karatekas who will fight to qualify for the Youth Olympic Games in Buenos Aires 2018, so excitement was hardly contained over the tatamis at Pabello Santiago Martin in Tenerife (Spain).

As young karatekas put their Olympic dreams at play, the elimination rounds of the junior categories were resolved on Thursday. The medal bouts are scheduled for Friday. 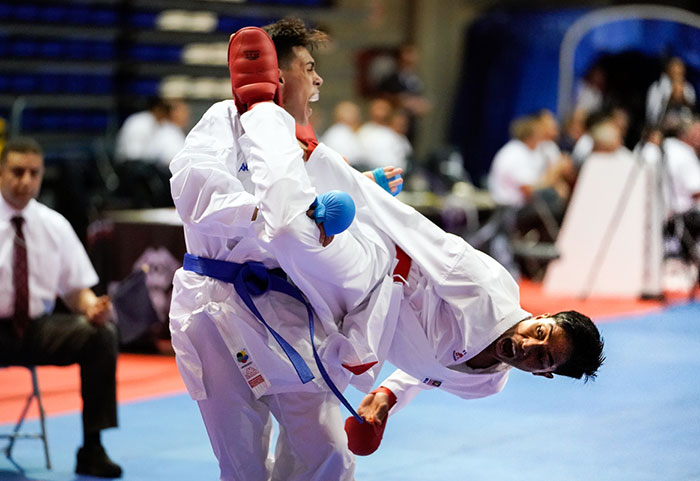 The universality of the sport was manifested in the quest to Buenos Aires 2018 since representatives from 11 countries made it to the finals of the nine categories at stake. Only the delegations of Egypt and Kazakhstan, with three finalists, and Azerbaijan and Italy, with two options for a golden medal could put more than one of their karatekas in the title-deciding bouts. 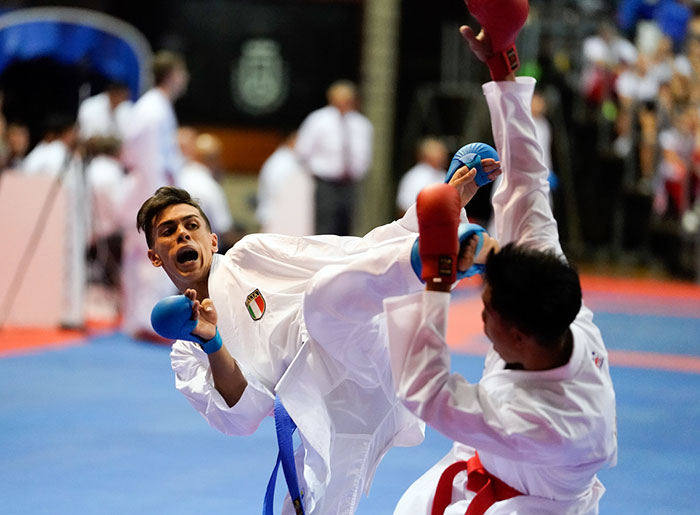 Meanwhile, in the Male competition, Italy’s Matteo Landi and Indonesia’s Mukti Wahyu were the stars in the -55kg category. Kazakhstan’s Yerkinbek Baitureyev and Azerbaijan’s Hummat Bakhshaliyev stated the progression of their countries making it to the last bout of Junior Male -61kg. Italy’s Rosario Ruggerio surprised and reached the final of Male Kumite -68kg. His rival will be Egypt’s Abdalla Abdelgawad. Iranian delegation also had reason to celebrate with the qualification to the final of Male Kumite -76kg. Nabil Ech-Chaabi of Morocco will be on the other side of the tatami. The final of Male +76kg with Japan's Rikito Shimada and Kazakhstan Nurtiles Tynysbek completes the list of gold-medal bouts.

Action continues in day03 of #KarateTenerife2017. Junior categories will continue taking the spotlight on Friday in Tenerife as the new champions of these divisions will be crowned.

MEDAL BOUTS OF JUNIOR CATEGORIES OF #KARATETENERIFE2017 LIVE ON THE OLYMPIC CHANNEL AND KARATEWORLD.TV ON FRIDAY

The live stream of the 2017 World Cadet, Junior & U21 Championships continues on Friday. Two sessions will be streamed on karateworld.tv. The WKF online platform will air the bronze medal bouts, from 13.00 to 16:00 (local time), as well as the title-deciding matches from 16.00 to 18.15 (local time). The Olympic Channel will stream the morning session.