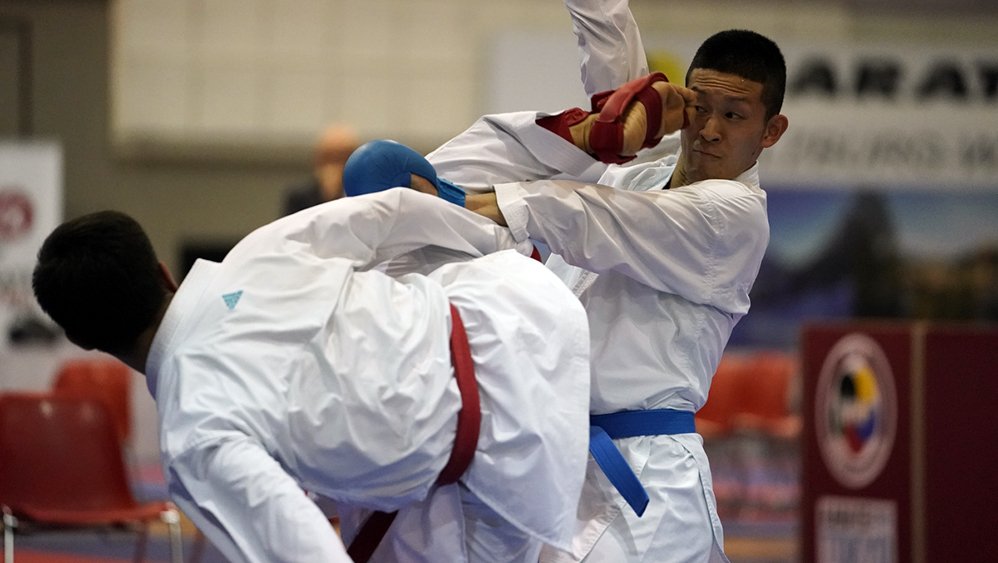 Kiyou Shimizu and Noah Bitsch were among the victors on the second day of the Karate 1-Series A in Salzburg. Young and promising karatekas surprised today at the tournament being held in the Austrian city as newcomers took home the medals at stake thus continuing the pattern of unexpected results in first-class international Karate competitions this year.

Kiyou Shimizu of Japan and Germany's Noah Bitsch were among the victors on the second day of the Karate 1-Series A in Salzburg. Young and promising karatekas surprised today at the tournament being held in the Austrian city as the newcomers took home the medals at stake thus continuing the pattern of unexpected results in first-class international Karate competitions this year.

Egypt’s Feryal Abdelaziz was one of the newcomers surprising in Salzburg. The 20-year-old karateka who had made her debut in senior international competitions in Karate 1-Series A Guadalajara this year upset favourites and claimed the crown of the Female Kumite -68kg category. The 2017 U21 World Championships bronze medallist edged Italy’s Silvia Semeraro in the final to reach the top of the podium.

France’s Andrea Brito also took her first gold in international competitions after prevailing in Female Kumite -61kg. The 20-year-old karateka who made it to the podium of major events for the last time in Karate 1-Premier League Paris two years ago, shocked with her qualification to the final and her slim victory over Japan’s Mayumi Someya in the final (1-0). 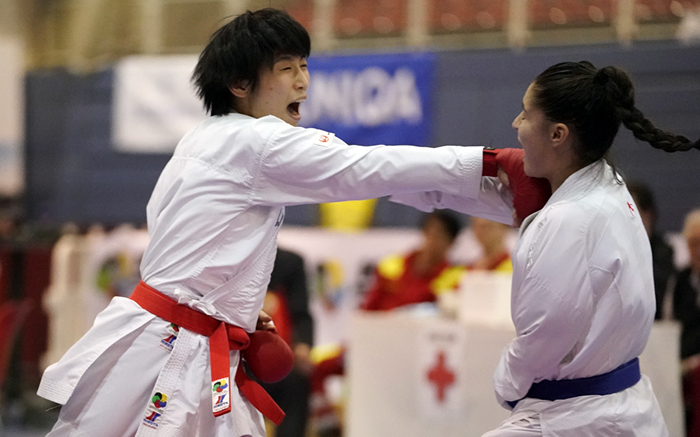 In her first appearance in senior international tournaments, Croatia’s Jelena Pehar produced one of the biggest upsets of the day with her triumph in Female Kumite -50kg. The 18-year-old karateka had two medals in underage European Championships and the world title in Cadet category as best results, but she showcased the power of new generations claiming gold in Salzburg. The young karateka defeated Japan’s Endo Chinasu in the final.

The Japanese representatives lost three of the five finals in Kumite categories today in Salzburg but they could redeem their performance with Masamichi Funahashi’s victory in Male Kumite -67kg. The young karateka had participated only in six international events and had only one bronze medal to count for; on the tatami in Salzburg, the promising athlete upset Uzbekistan’s Ikboljon Uzakov by 5-0 to maintain Japan on top of the medal table at the end of day 2 of Karate action in Salzburg. 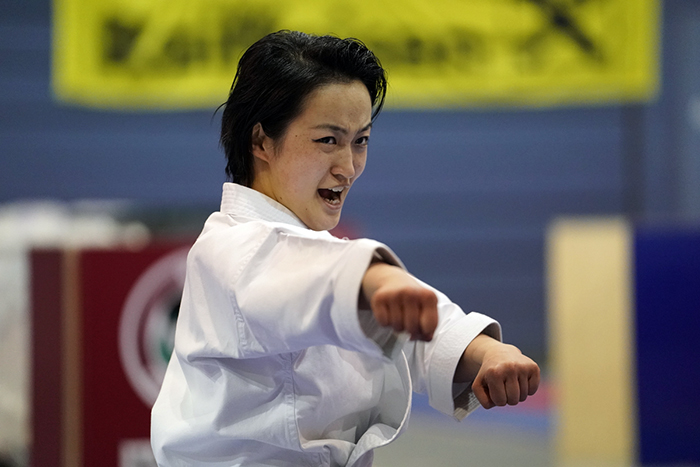 Kiyou Shimizu of Japan became the only competitor who has managed to take medals in all four major international events this year after claiming gold in Salzburg. The two-time World champion confirmed her favourite status with a convincing 5-0 victory over teammate Natsuki Shimizu in the final of Female Kata. After winning in Karate 1-Premier League Paris and Karate 1-Series A Guadalajara and taking bronze at Karate 1-Premier League, it is the fourth award this year by the Japanese kata queen, who has reached the podium in all her 18 international appearances.

Nearly three years after his last gold medal, Noah Bitsch of Germany prevailed in Male Kumite -75kg. The 2016 European Championships bronze medallist enjoyed one more success in Salzburg with his gold medal today since the 28-year-old karateka had claimed bronze in the Austrian city last year. In the final of Male Kumite -75kg, the German karateka convincingly defeated Japan’s Yusei Sakiyama by 5-0.

The competition continues on Sunday with the final day of action. The categories of Female Kumite -55kg and +68kg and Male Kumite -60kg, -84kg and +84kg will see their winners crowned as the second event of the season of Karate 1-Series A will conclude in Salzburg. 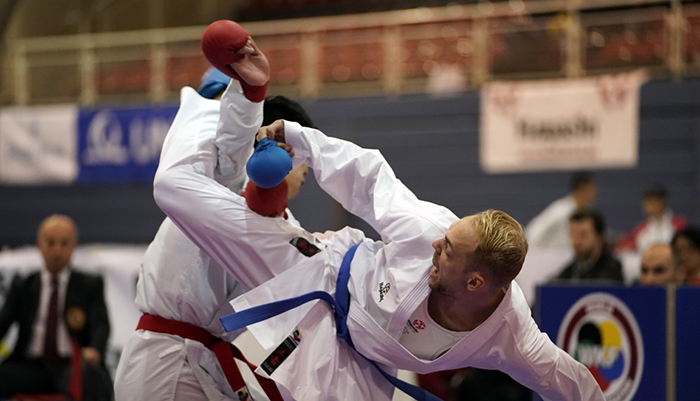