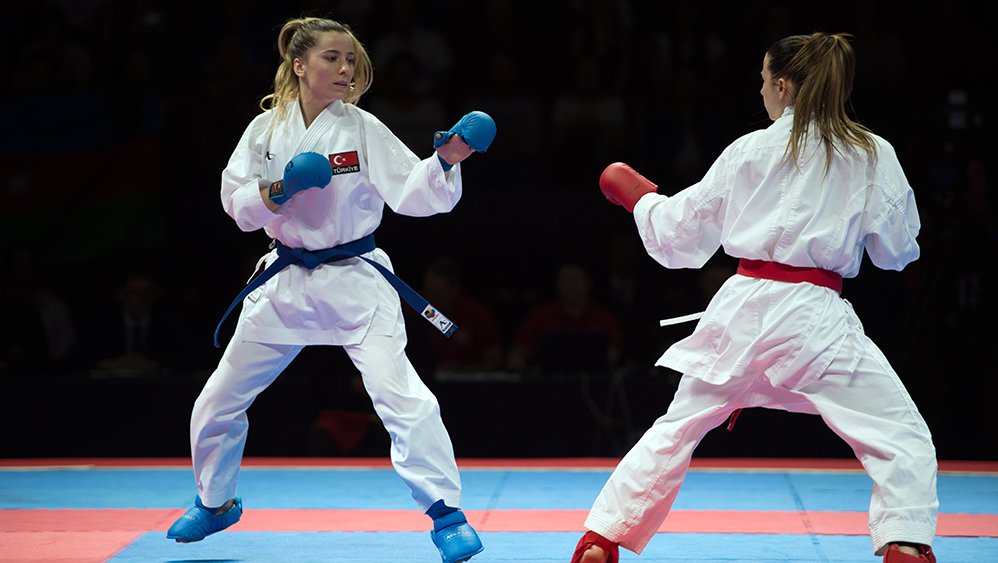 Long-time rivalries will take the Female Kumite -50kg category by storm in the upcoming 2016 Karate World Championships, as some of the most renowned and most contending adversaries are set to meet in the quest for gold in Linz.

Long-time rivalries will take the Female Kumite -50kg category by storm in the upcoming 2016 Karate World Championships, as some of the most renowned adversaries are set to meet in the quest for gold in Linz.

Karate fans’ attention will be posed in the performance of the two leading Karatekas in the world ranking: Alexandra Recchia of France and Serap Ozcelik of Turkey. The two Karate Stars represent the true values of the sport of respect, dignity and consideration since they became the most notorious “frenemies” of today’s Karate.

The 28-year old French idol and the 28-year old Turkish fan favourite showcase an intense rivalry on the tatami, an antagonism which was established by many epic bouts in the biggest international events throughout the years. However, once the fight is over, Ozcelik and Recchia boast a close friendship and often express their intense appreciation and admiration for each other, with common signs of affection.

The last head-to-head clash of the two multiple continental and world championships medallists was in the final of the European Championships in Montpellier. Alexandra Recchia beat Ozcelik in a tight and disputed bout so to claim gold at home ground.

Now the two Karate Stars act as top favourites in the category in Linz. Recchia will take the stage as current world ranking leader, European champion and 2012 World champion, while Serap Ozcelik is the second placed in the world ranking, European Championships runner-up and defending World champion. In the World Championships two years ago, Serap Ozcelik beat Duygu Bugur of Germany in the final.

In addition to Ozcelik and Recchia, the Female Kumite -50kg earns its condition of one of the most disputed divisions of the event, as a long list of Karatekas will try to take their chances in Linz.

The current World Championships runner-up Duygu Bugur of Germany expects to avenge her defeat in the final two years ago, while 2014 bronze medallist Rocio Sanchez of Spain dreams of reaching the top of the podium.

The competition will also have a great representation of upcoming Karatekas, as the three medallists of the 2015 World Junior, Cadet and U21 Championships will compete in Linz: Radwa Sayed of Egypt (gold), Khawla Ouhammad of Morocco (silver) and Miho Miyahara of Japan (bronze)

Meanwhile, the hopes of the host country will be posed on local heroine Bettina Plank. The Austrian idol is the third placed in the world ranking and has earned three medals in Karate 1-Premier League this year.