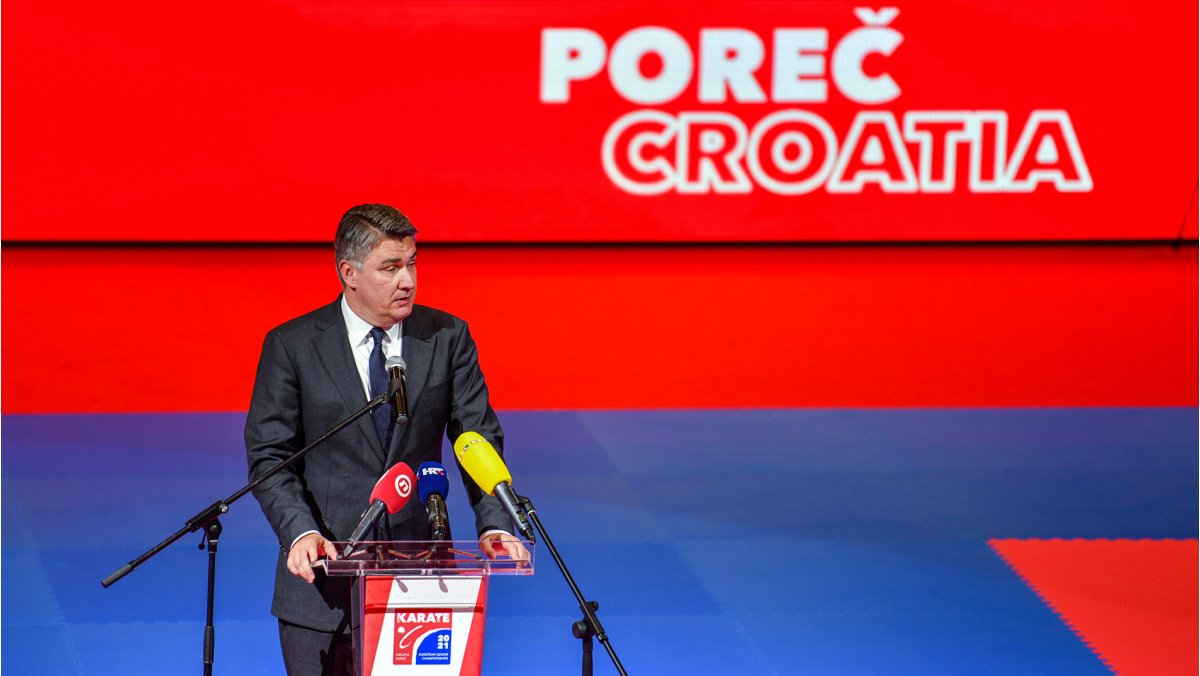 The President of Croatia Zoran Milanovic participated in the opening ceremony of the 56th European Karate Championships being held in Porec (Croatia). Mr Milanovic hailed Karate’s continuity in the Olympic programme.

EKF and WKF President Antonio Espinós, together with Croatian Karate Union President and EKF Secretary General Davor Cipek welcomed Mr Milanovic at Zatika Sports Centre for the official inauguration of the event as the tournament reached its third day of competition.

The ceremony also had the participation of the State Secretary of the Ministry of Tourism and Sports Tomislav Druzak, the President's Commissioner for Sports Zeljko Jovanovic, and the Mayor of the city of Porec-Parenzo, Loris Persuric. 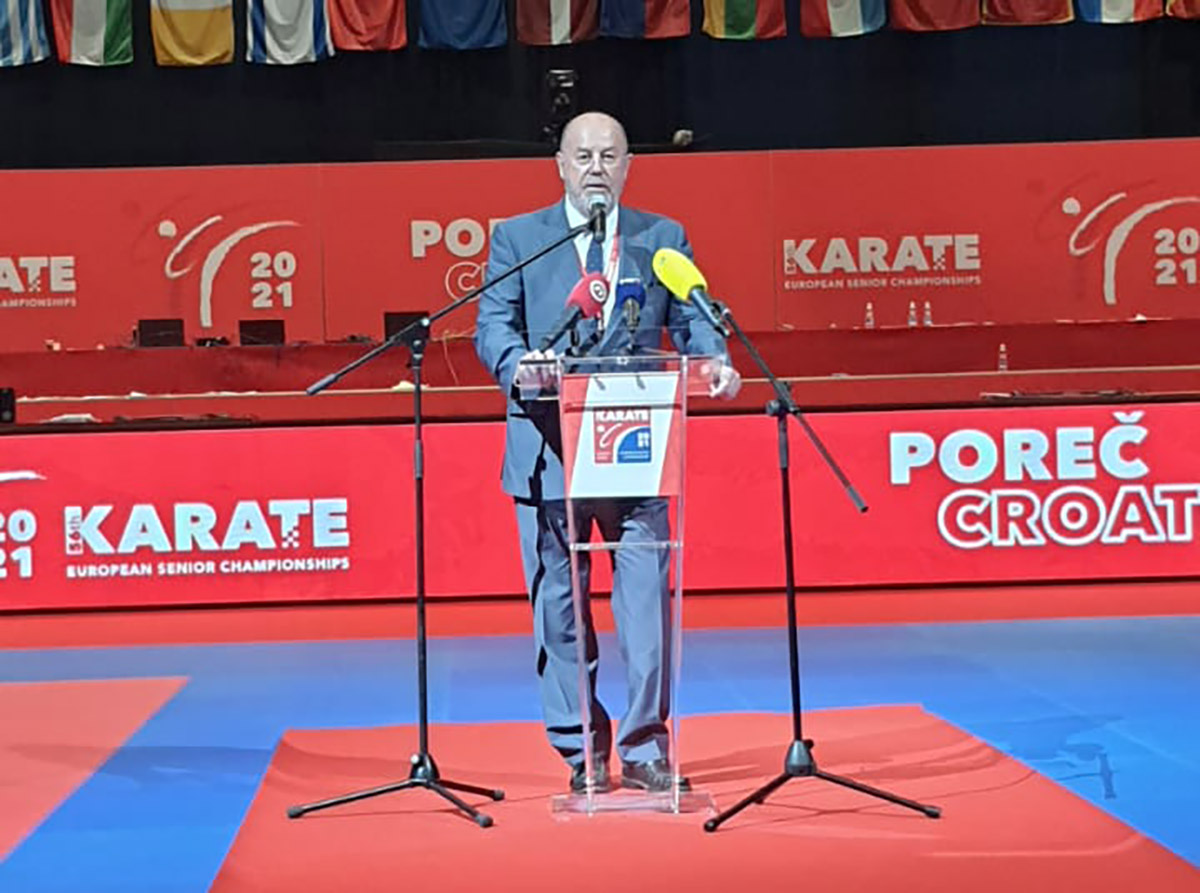 “I am glad that karate received the Olympic status. I don’t underestimate any sport, but this is a serious and widespread sport, and it is only now that it has received Olympic status. I want Karate to keep it,” said Mr Milanovic.

The official inauguration of the championships was held at the end of day 3 of the tournament. While the opening ceremony was limited due to the restrictions for the coronavirus pandemic, the event was a celebration of the sport and its impact and popularity in the region and in Europe. 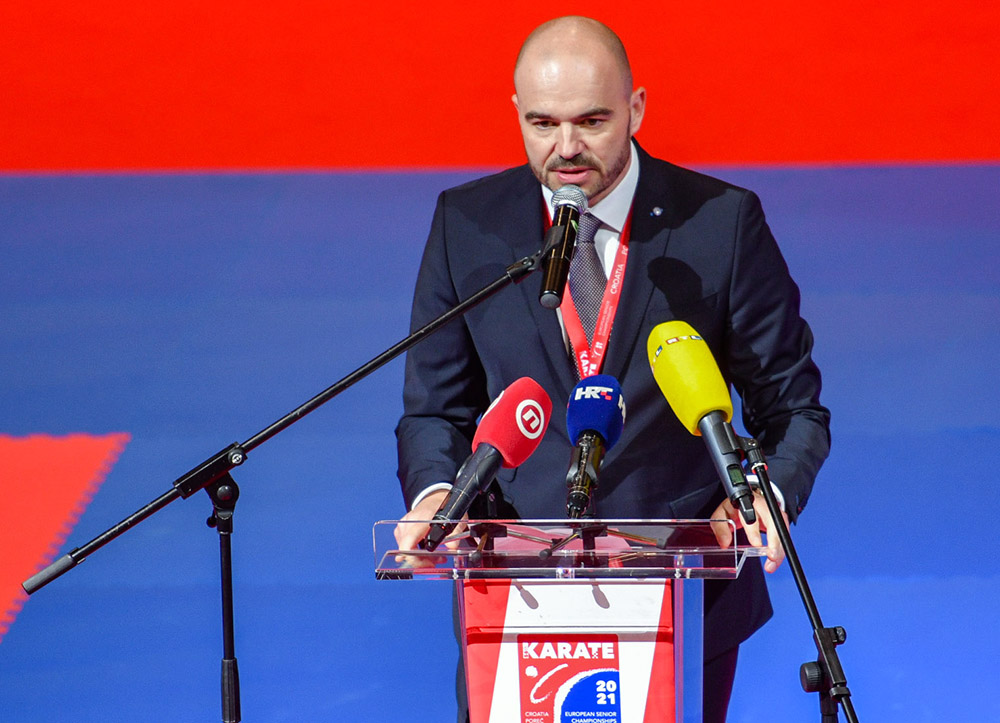 “I want to thank Mr Milanovic for taking the time to come to this historic EKF Senior Championships. His presence here today attests to the excellent level of recognition that our sport has achieved in the country due to the efforts of the Croatian Karate Union under the leadership of Davor Cipek. It also proves that Karate is among the top sports disciplines in the world,” said EKF and WKF President Antonio Espinós.

“Many thanks to all of you athletes, staff members, and representatives of National Federation because your dedication and your passion are the beacons that guide our sport to continue breaking boundaries and to continue making history for our discipline, as it is being shown this week here in Porec at the 56th European Championships” added the head of European and World Karate Federation.

During Mr Milanovic’s visit, the high-level officials had the opportunity to discuss the challenges that sport has faced and overcome over the past year and reviewed the further strengthening of Croatian Karate as well as Karate’s Olympic status. 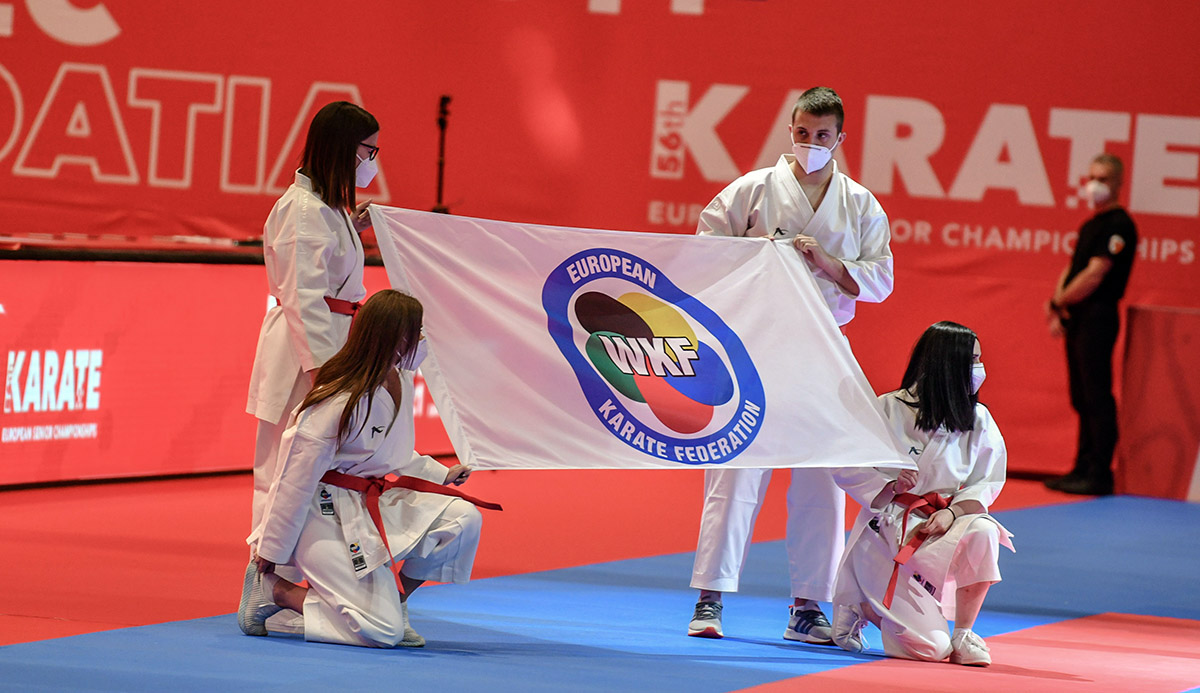