Powerhouse nations of European Karate reign on Day 2 of #KaratePrague2022 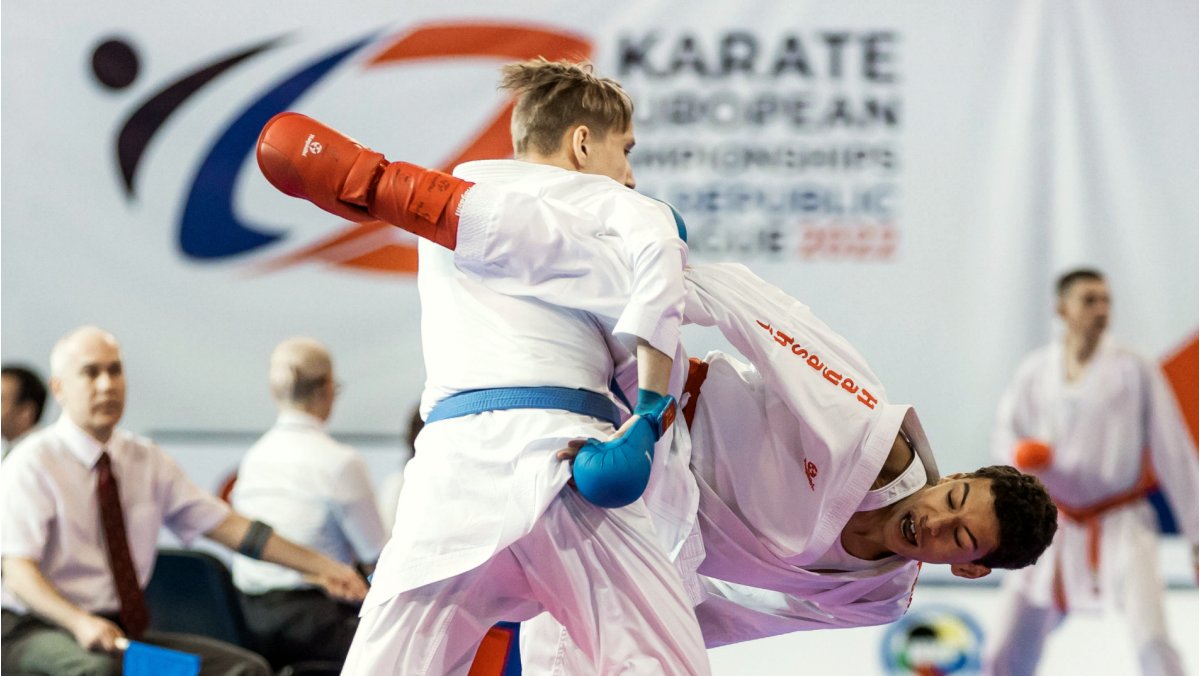 Karatekas from powerhouse nations of the sport ruled on the second day of the competition of the 2022 EKF Cadet, Junior & U21 Championships being held in Prague (Czech Republic).

Following their positive performance on day 1, representatives of Turkey and Spain extended their success in the Junior categories today. 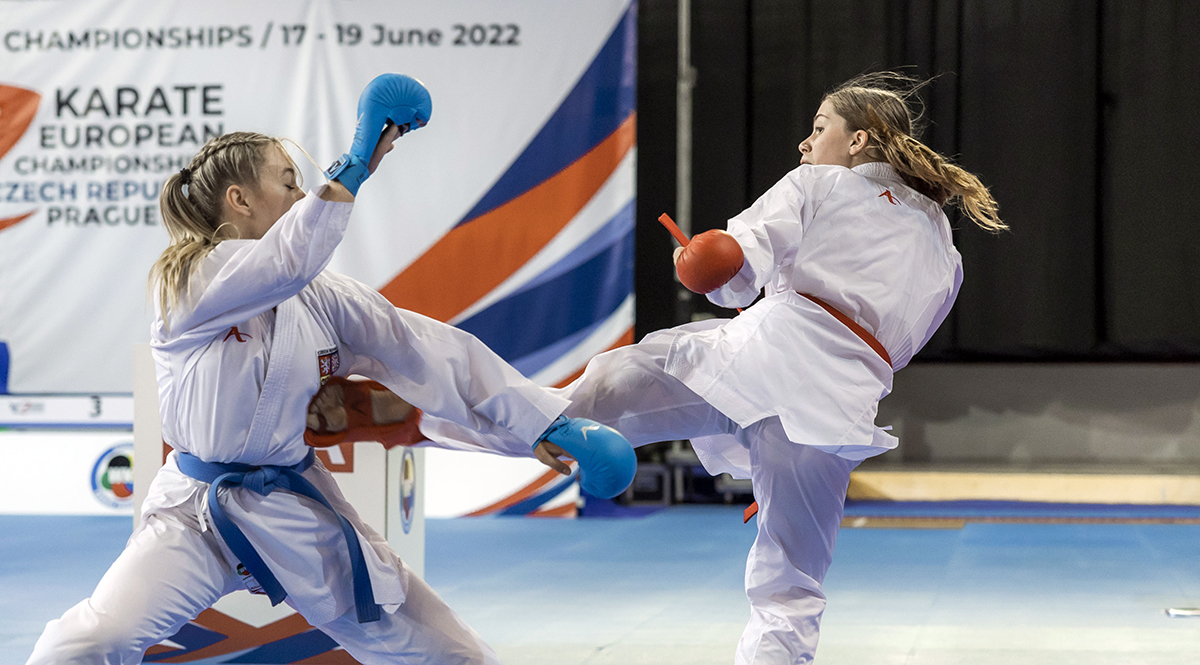 Meanwhile, Nina Kvasnicova of Slovakia will clash against Natalia Osadchuk of Ukraine in the final of Junior Kumite Female -53kg.

FAVOURITES PREVAIL IN U21 CATEGORIES

The quest for gold in U21 categories started with the Male divisions. Theoharis Giannakos of Greece and Dino Simunec of Croatia will fight for the title in U21 Kumite Male -75kg while Mahir Dzuho of Bosnia and Herzegovina and Yeghishe Aleksanyan of Armenia were the surprising finalists of U21 Kumite Male -84kg.

In U21 Kumite Male -67kg, the title will go to either Youness Oualad Haj Amar of Belgium or Huseyn Mammadli of Azerbaijan.

Favourites took a stand in these categories since frontrunner Sean McCarthy Crean of Ireland will clash for gold against Tomas Kosa of Slovakia in U21 Kumite Male +84kg, and Lauren Salisbury of England will fight for the title of U21 Kumite Female -68kg against Elina Sieliemienieva of Ukraine. 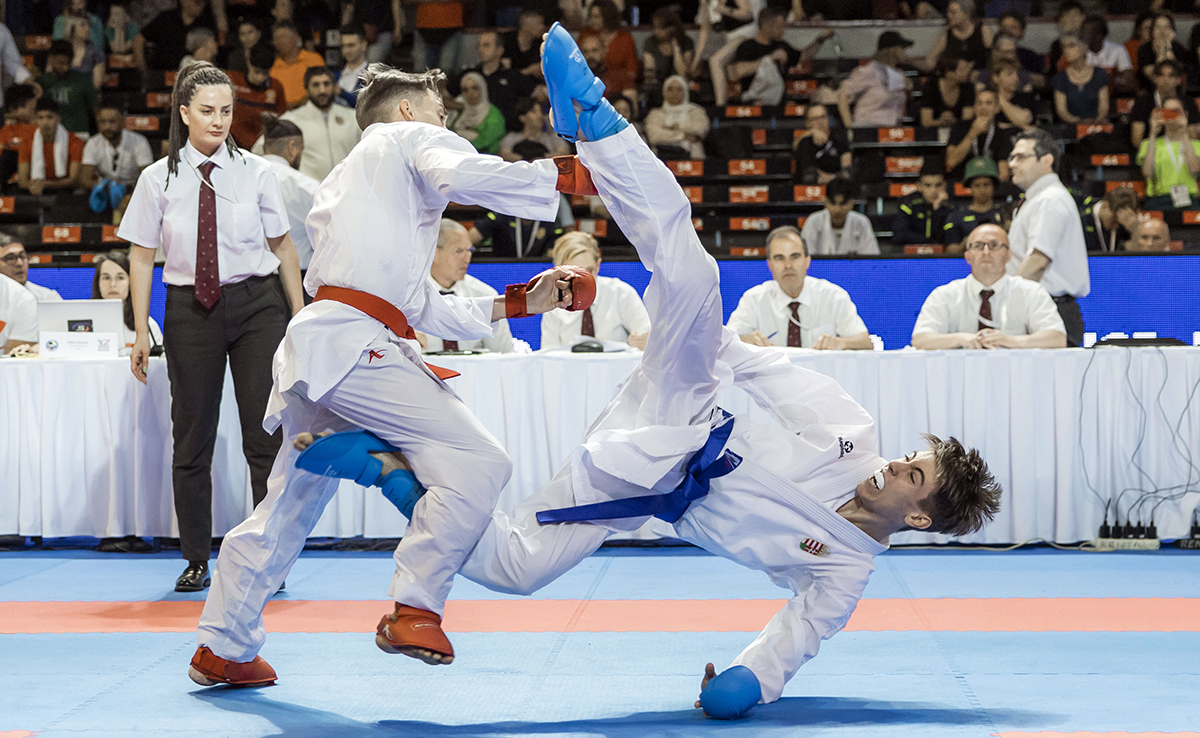 Youth Olympian Zsofia Baranyi of Hungary also used her past success in her favour and will compete for the title against Amiee Pollard of Scotland in U21 Kumite Female -55kg. It was not the only final for Hungary today as Aleksandra Ilankovic also made it to the last match in U21 Kumite Female -61kg. Her rival will be Trine Fuyu Lind of Denmark.

Meanwhile, in U21 Kumite Male -60kg, the finalists are Burak Ozdemir of Turkey and Pavle Dujakovic of Bosnia and Herzegovina.

Powerhouse nations of Croatia and France completed an impressive performance with the qualification to the final of U21 Kumite Female -50kg of Ema Sgardelli and Niswa Ahmed.

The last category of the day had current senior continental champion Ivana Perovic of Serbia demonstrating her favourite status by reaching the final of U21 Kumite Female +68kg against Marta Pascual of Spain.

The 2022 EKF Cadet, Junior & U21 Championships conclude Sunday with the bronze medal matches and the finals.

CLICK HERE to go to all the info on #KaratePrague2022.