Para-Karate: The essence of Karate Values and Karate resilience 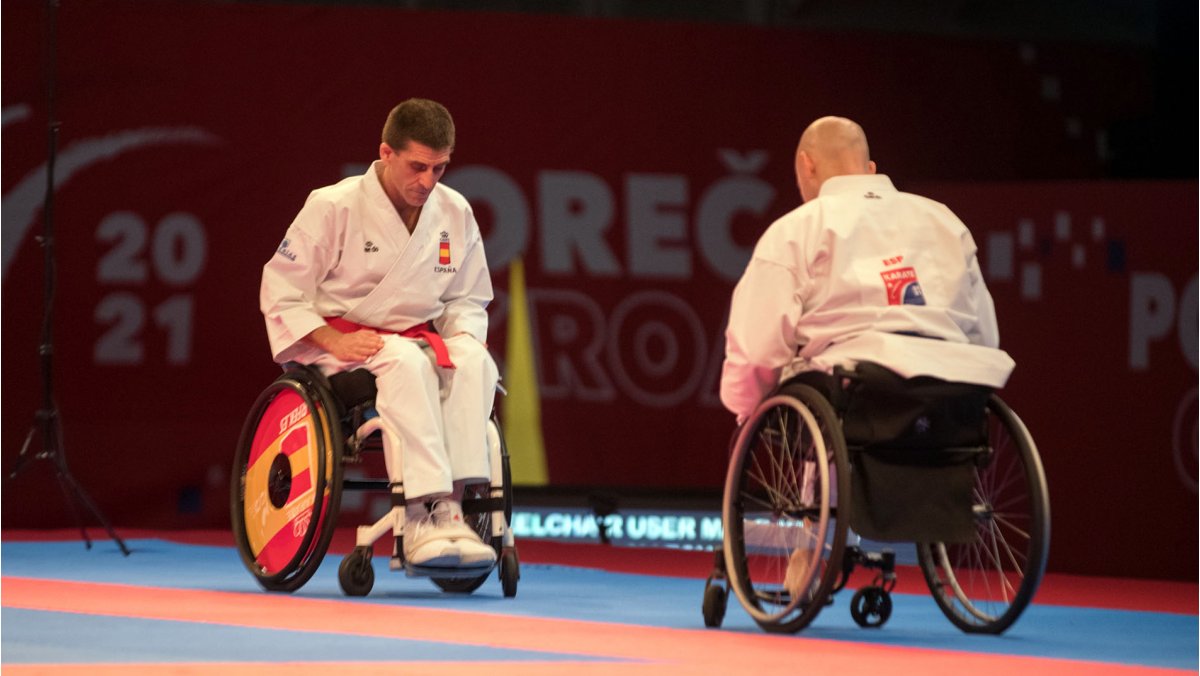 The Para-Karate competition at the European Karate Championships represented the perfect illustration of the strength of the Karate Values. Para-Karate athletes participating in Porec (Croatia) gave an inspiring demonstration of resilience and spirit.

“I had no confidence in myself at all because I had always been excluded from sports due to my eyesight and (mild) cerebral palsy,” said Karmen Vask from Estonia who competed in the Blind/Visually Impaired Female K10 category. “I just love karate and I want to improve, that’s all. I can’t stay still when there is so much to learn!” she adds.

“I wanted to challenge myself and see if Karate was something that was possible for me,” said Nina Portolan of Serbia, competitor in the Wheelchair users Female K30 category. “Prejudice against disabled athletes and the skills disabled people can learn were the biggest obstacles to gain opportunities to perform or compete,” she adds. 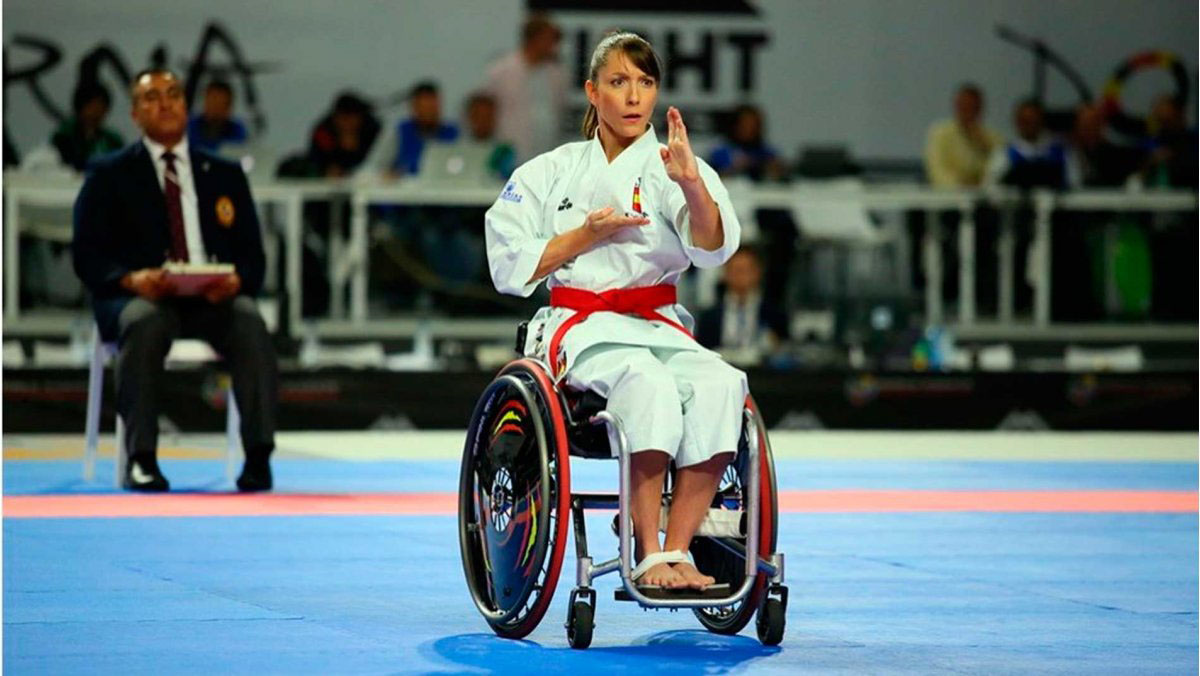 “When I was a child, my neighbours practised Karate and so I told my parents that I wanted to do it too, just like them. It started out as a game and I ended up falling in love with this martial art,” said current continental champion in Wheelchair female user Isabel Fernandez of Spain.

Nearly 50 athletes from 16 countries participated in the 2021 EKF Senior Championships in Porec (Croatia). The competitors in all eight categories at stake gave a motivating demonstration of abilities throughout the event.

“To me, (what drives me to wake up in the morning) is to be with my teammates. They are my second family,” said Victor Manuel Prieto Arevalo of Spain who competes in the category of Intellectually Impaired Male K22 and who is the current World Championships runner-up of the division. “I was very small. I didn’t have many choices of sports to practise. I participated in the first exhibition of Para-Karate (at the World Championships Paris 2012)”. 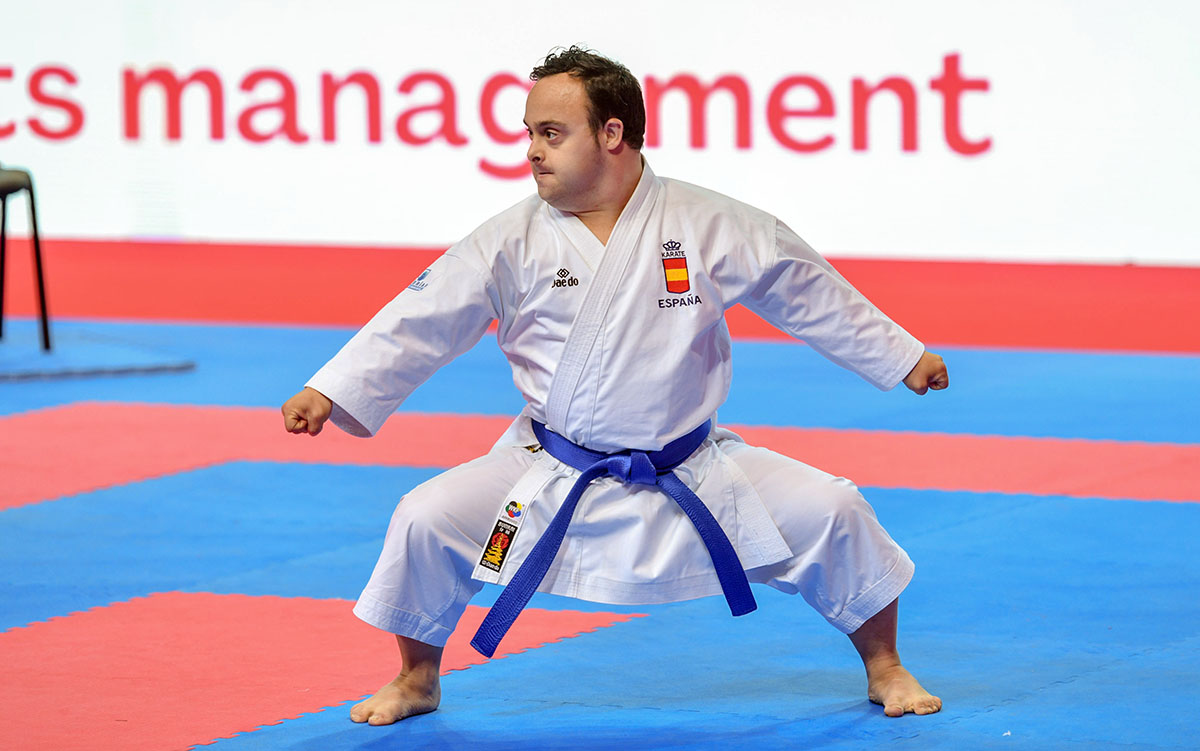 “The most important for me is to be useful for people. I think that my strength is perseverance. If I see a goal, I see no obstacles,” said Volodymyr Turko of Ukraine who competed in Wheelchair users male K30.

“Sports are my passion. What helped me keep going when I got my injury diagnosis was knowing that I could still practise sports. When I started practising adapted sports, I started to be happy again. What motivates me is that it makes me feel good about myself and it makes me strong, which helps me move in my wheelchair more easily in my day-to-day. It makes me more independent,” stated the defending World champion in Wheelchair female user Isabel Fernandez of Spain. 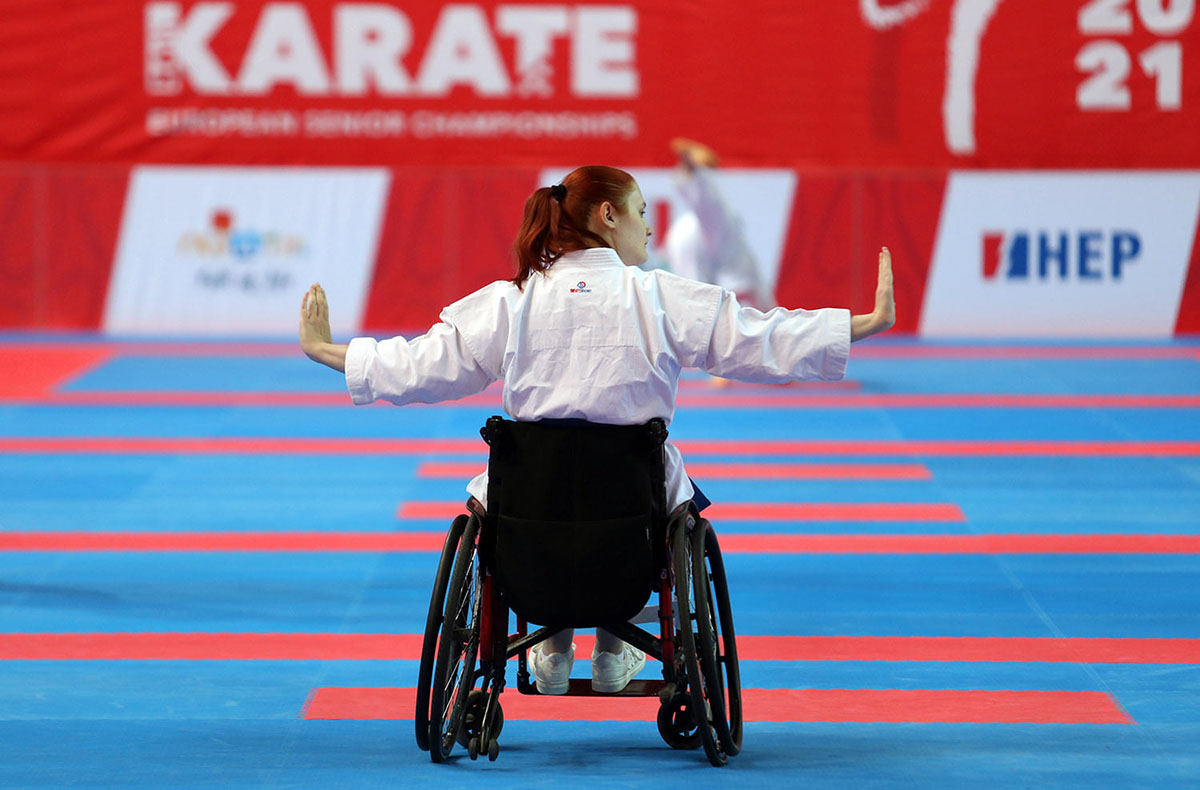 “I chose Karate because I had the desire to develop physically and spiritually,” states competitor of Wheelchair users  Zelinskyy Danylo of Ukraine. “I wanted to feel like all the other people.”

Late last year, the WKF reached an agreement with Virtus: World Intellectual Impairment Sport to jointly promote and develop Karate for people with impairments. Following this agreement and through the efforts of the WKF Para-Karate Commission chaired by Dusana Augustovicova updates were introduced in the competition system to better tailor the Para-Karate events to fit the needs of the athletes. 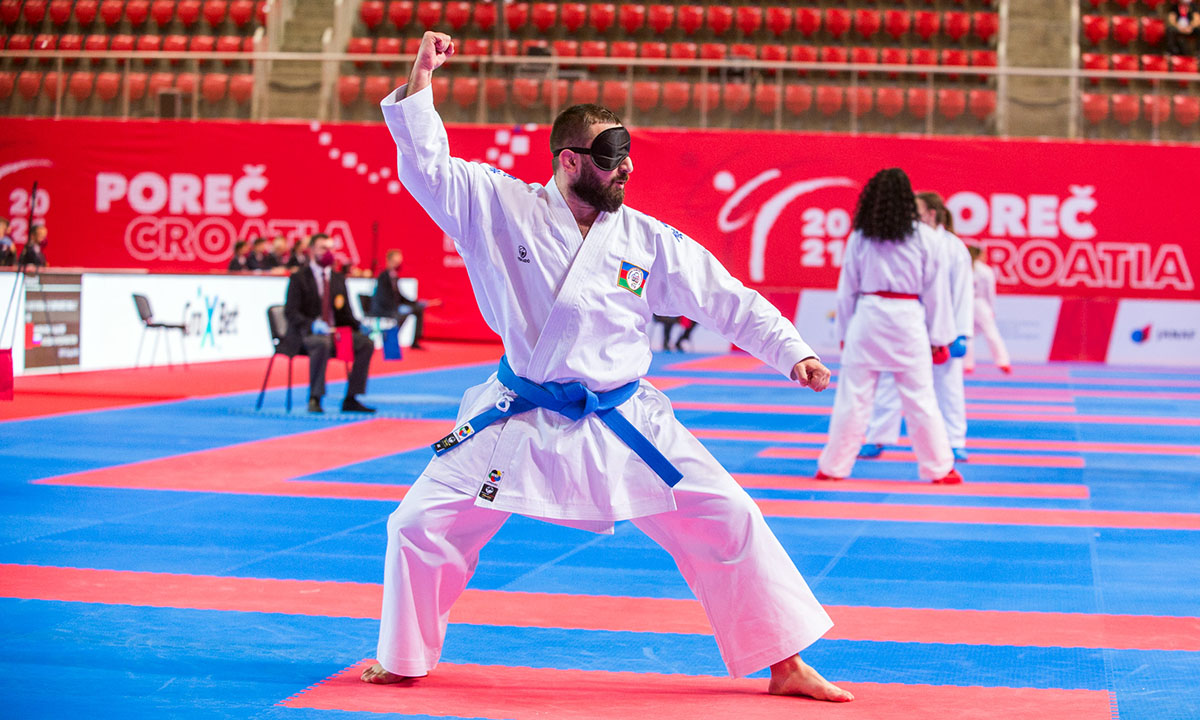 “Karate is the best way to express myself. I want my family and my coach to be proud,” said Lucia Sanchez Rosado of Spain who competes in Intellectually Impaired Female K21.

“I do Karate because it was the sport that was offered in my neighbourhood,” said Maria Ester de Leon Lopez of Spain, a European gold medallist in Intellectually Impaired Female K22. “I want to improve to win.”

“I want to train to be World champion,” said Carlos Huertas Ruiz of Spain who won gold in Intellectually Impaired Male K21. 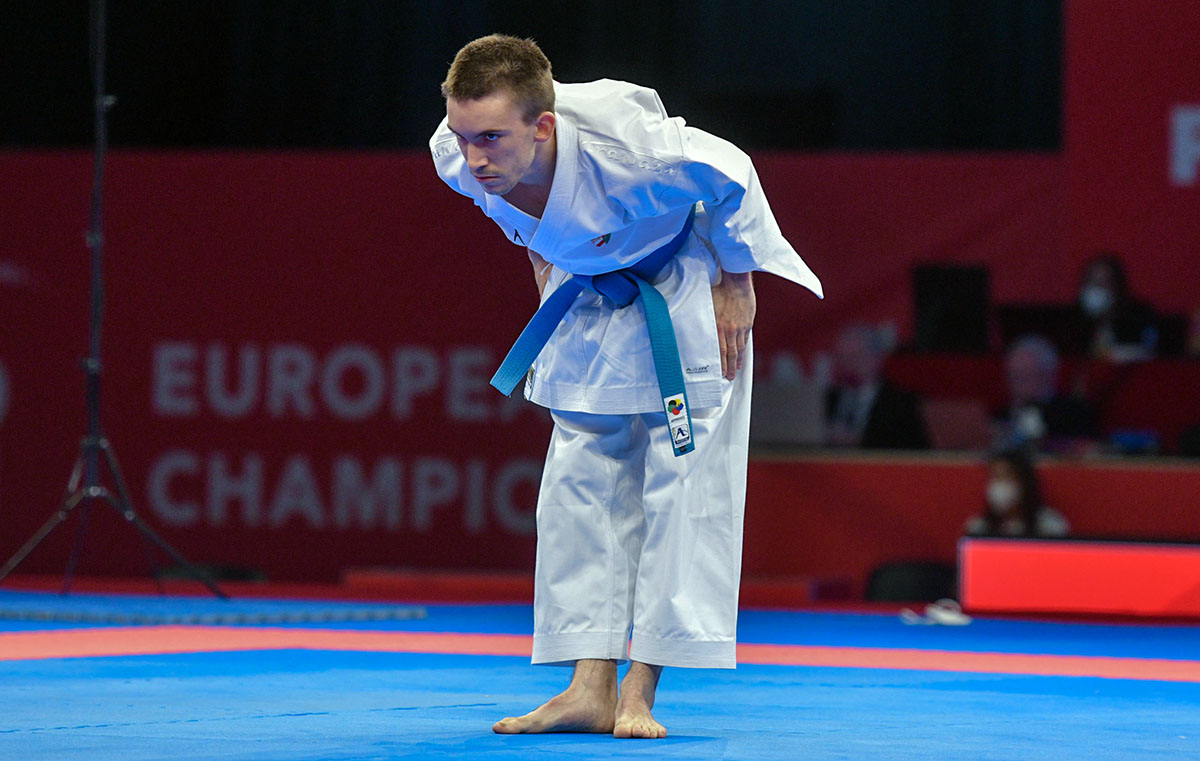