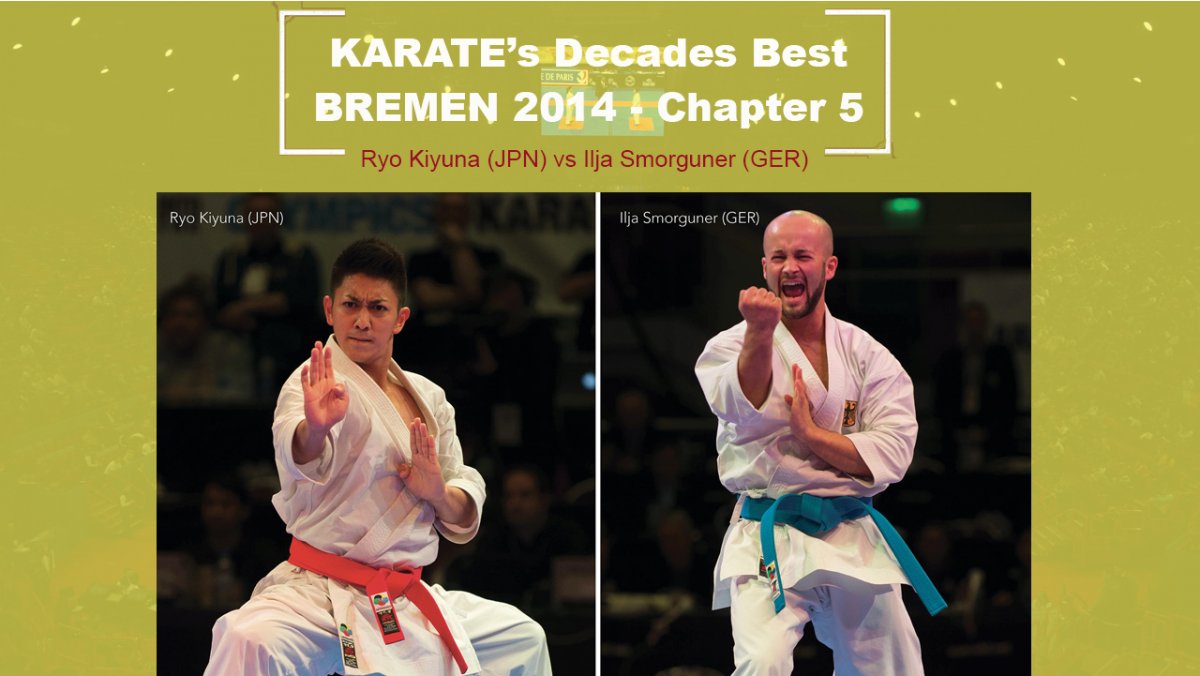 The new Karate Decades Best reviews the quest of Karate athletes to qualify for the Olympic Games Tokyo 2020.

The new episode of Karate’s Decades Best relives one of the most thrilling Kata bouts in the history of the Karate World Championships. It is also an opportunity to review the quest of Karate athletes to qualify for the Olympic Games Tokyo 2020.

The new Karate’s Decades Best will be available on WKF YouTube channel on Tuesday, April 27.

The final of Male Kata of the 2014 Karate World Championships in Bremen is reviewed in the new Karate’s Decade Best. One of the most celebrated moments of the championships, the gold medal bout featured Japan’s Kata icon Ryo Kiyuna and local hero Ilja Smorguner of Germany.

Kiyuna made it to the final after his bronze medal two years earlier in Paris 2012. He then went to star in the finals of the following two World Championships. Meanwhile, Ilja Smorguner became the big surprise of the tournament and reached his first-ever final after edging Egypt’s Ibrahim Magdi Ahmed in the semi-finals.

Two Olympic hopefuls take the stage as commentators in the new Karate’s Decades Best. They give their insights on the qualification to the Olympic Games.

Gakuji Tozaki of the USA and Portugal’s Patricia Esparteiro star in the commentaries together with WKF’s TV commentator Billy Brennan. Tozaki reviews his Japanese roots while analysing the Olympic quest in Male Kata.