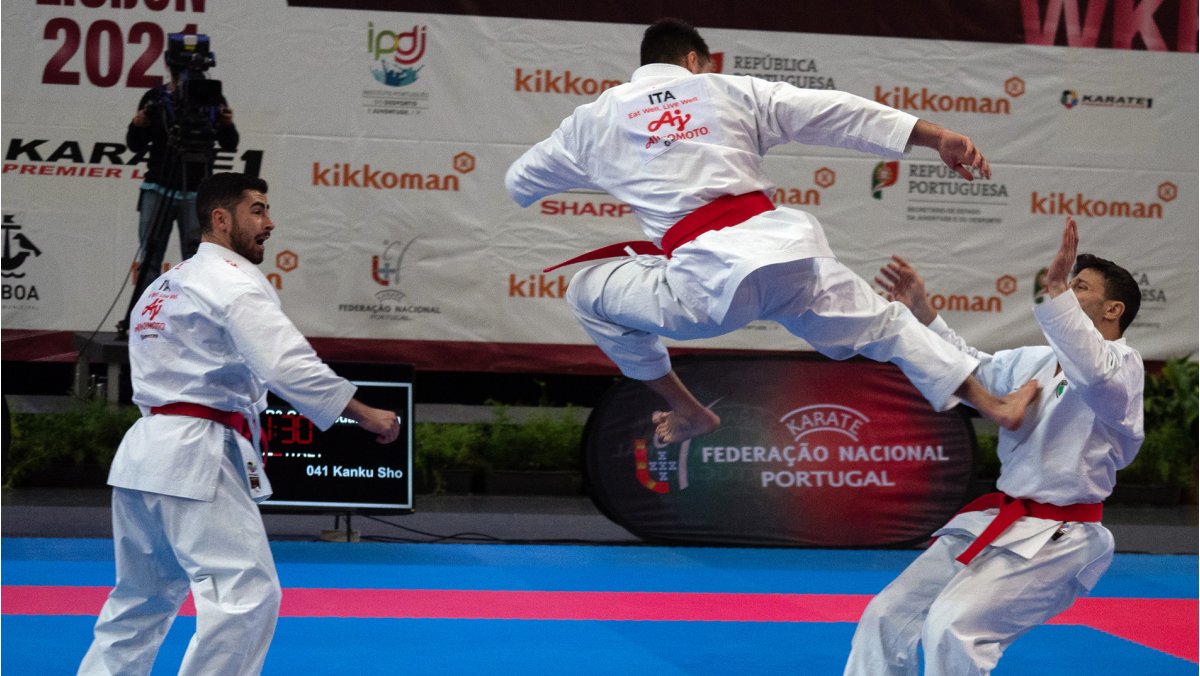 The qualification to the Olympic Games remains undecided in several categories after the successful Karate 1-Premier League Lisbon. Stars such as Anzhelika Terliuga, Steven Dacosta, Jovana Prekovic, and Li Gong were crowned as the big winners of the event.

Grand Winner Anzhelika Terliuga became one of the big names of the day after claiming a convincing 6-0 victory over Egypt’s Yasmin Attia in the final of Female Kumite -55kg.

In one of the most outstanding performances of the day, Terliuga scored two impressive “Ippon” or three-point technique by “Ura Mawashi geri” or hook kick to win the bout and her first gold of the season by 6-0.

In his first international appearance of the year, France’s Steven Dacosta showed superb form to beat Abdel Rahman Almasatfa of Jordan. The current Grand Winner and World titleholder scored a “Yuko” or one-point technique to win the title by a slim 1-0 so as to perpetuate his domination of the category. 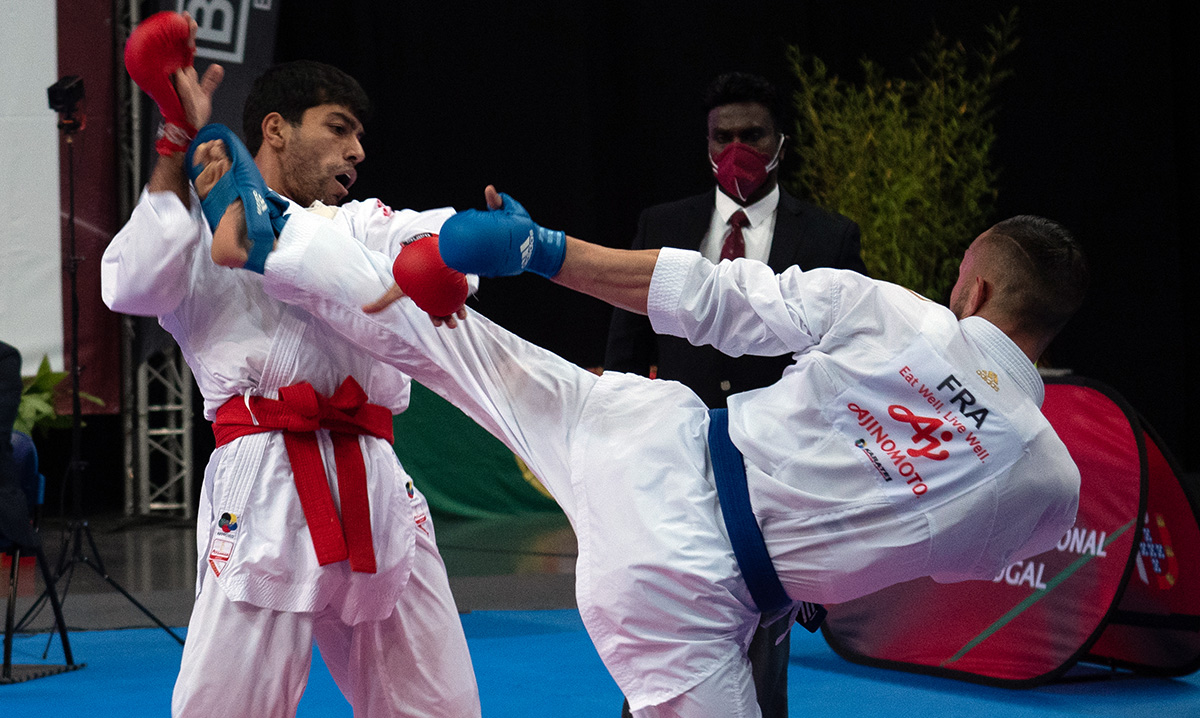 The most exceptional victory of the day had China’s Li Gong as a star. The Chinese karateka defeated Switzerland’s Elena Quirici by a stunning 10-0 before the end of regulation time: Li Gong based his triumph on a powerful performance through her effective kicking techniques. With an “Ippon” by reverse hook kick as one of the main highlights of the day, Li Gong claimed the gold medal and a victory that leaves the quest to qualify to the Olympics by standings in the category as tight as ever. 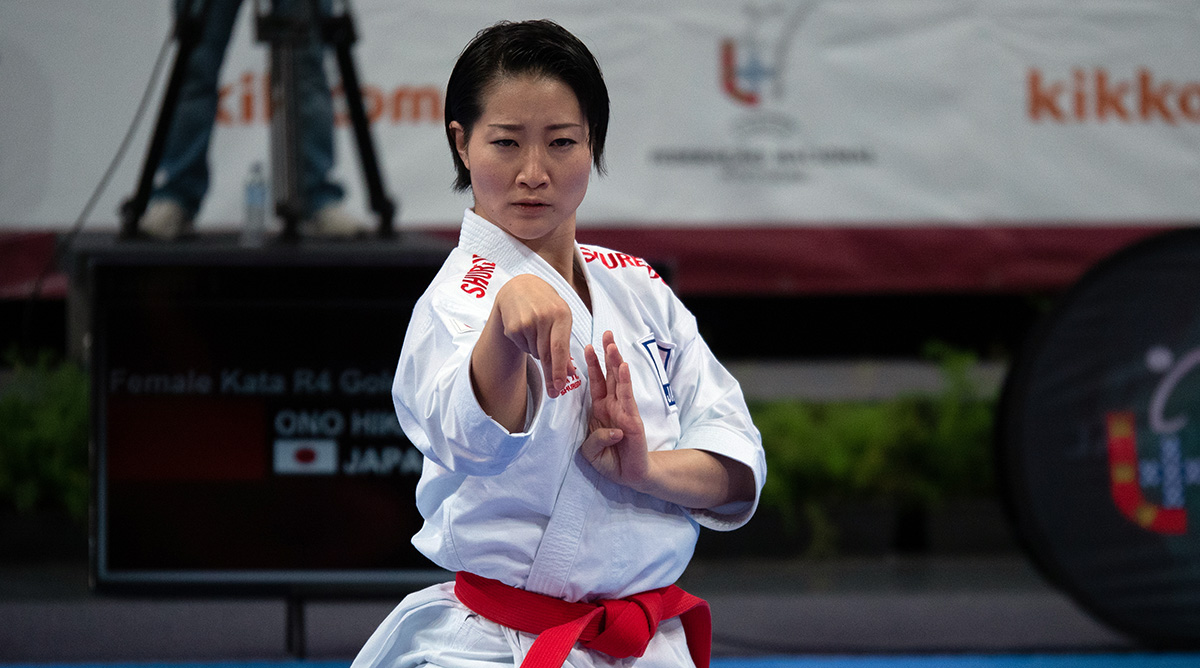 Two up-and-coming karatekas took the gold medal in the Kata categories. Hikaru Ono of Japan returned the birth nation of the sport to the top of the Female Kata competition with her convincing performance in Lisbon. The Japanese karateka defeated Mo Sheung Grace Lau of Hong Kong by 26.94 to 26.06. The Japanese karateka excelled with her performance of “Papuren” kata.

The unexpected final of Male Kata had newcomer Enes Ozdemir of Turkey as the big winner. The 19-year-old karateka beat Switzerland’s Yuki Ujihara by 27.4 to 26.12. Ozdemir performed a flawless “Ohan Dai” kata.

In Female Kumite -50kg, Junna Tsukii of The Philippines defeated Kazakhstan’s Moldir Zhangbyrbay of Kazakhstan to win her first-ever gold medal in Karate 1-Premier League. An effective “Waza-ari” or two-point score by “Mawashi geri” or roundhouse kick is all that Tsukii needed to win the bout 2-0.

Kazakhstan’s Kaisar Alpysbay further demonstrated the progress of the sport in Asian countries as he dominated the final of Male Kumite -60kg. The 25-year-old karateka scored three “Yuko” or one-point technique and a “Waza-ari” or two-point technique to defeat Kalvis Kalnins of Latvia by 5-0.

Former World champion Luigi Busa of Italy faced current World titleholder Bahman Asgari Ghoncheh of Iran in the final of Male Kumite -75kg. The “Clash of Titans” between the athletes placed in positions two and one of the WKF World ranking was claimed by Busa who won his second consecutive victory this season. “Il Gorilla” scored a perfect-timed “Ippon” to win the bout 3-0.

After winning the silver medal in Istanbul, Meltem Hocaoglu Akyol of Turkey won the title in Female Kumite +68kg following a hard-fought triumph over Spain’s Maria Torres. While Torres managed to put Hocaoglu Akyol’s attempts to score at bay, a final “Ippon” by the Turkish star gave the number three of WKF World ranking the final victory 7-4. 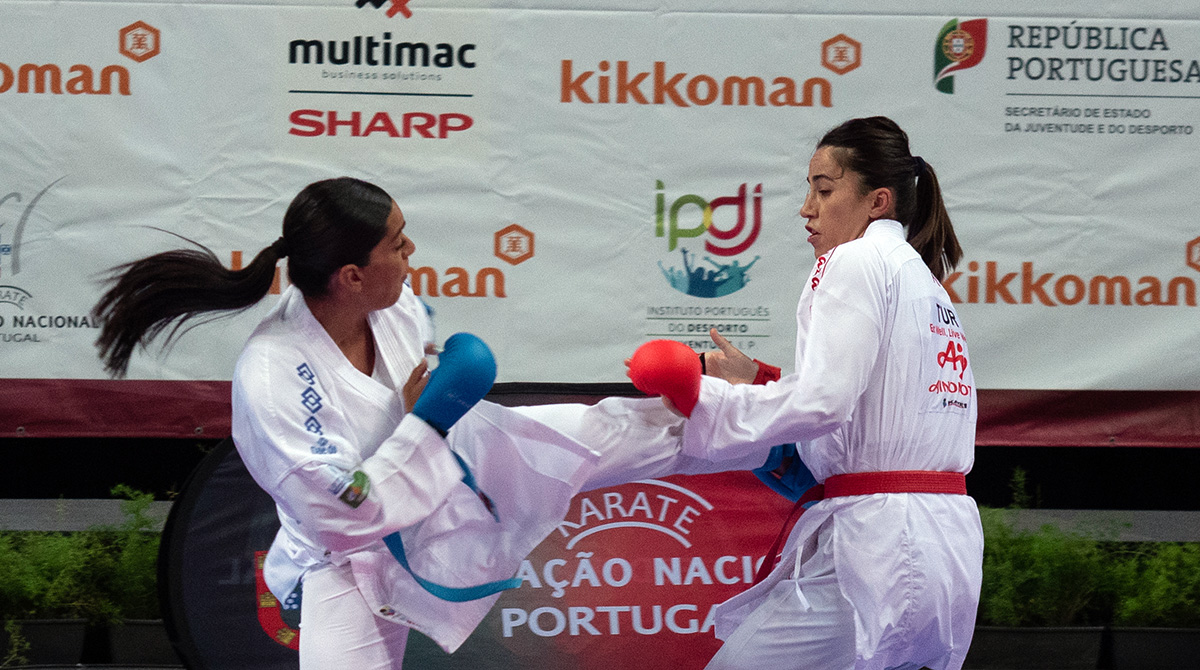 On the day of his 37th birthday, Gogita Arkania of Georgia used his experience to win gold in Male Kumite +84kg. The karateka from Georgia edged Asiman Gurbanli of Azerbaijan by “Hantei” or decision 3-3 thus tightening the Olympic qualification by standings in the category.

The triumph of Zabiollah Poorshab of Iran in Male Kumite -84kg by “Kiken” or injury of the opponent and the victories of Spain and Turkey in Female Team Kata and Male Team Kata, respectively completed the list of gold medallists of the memorable event.