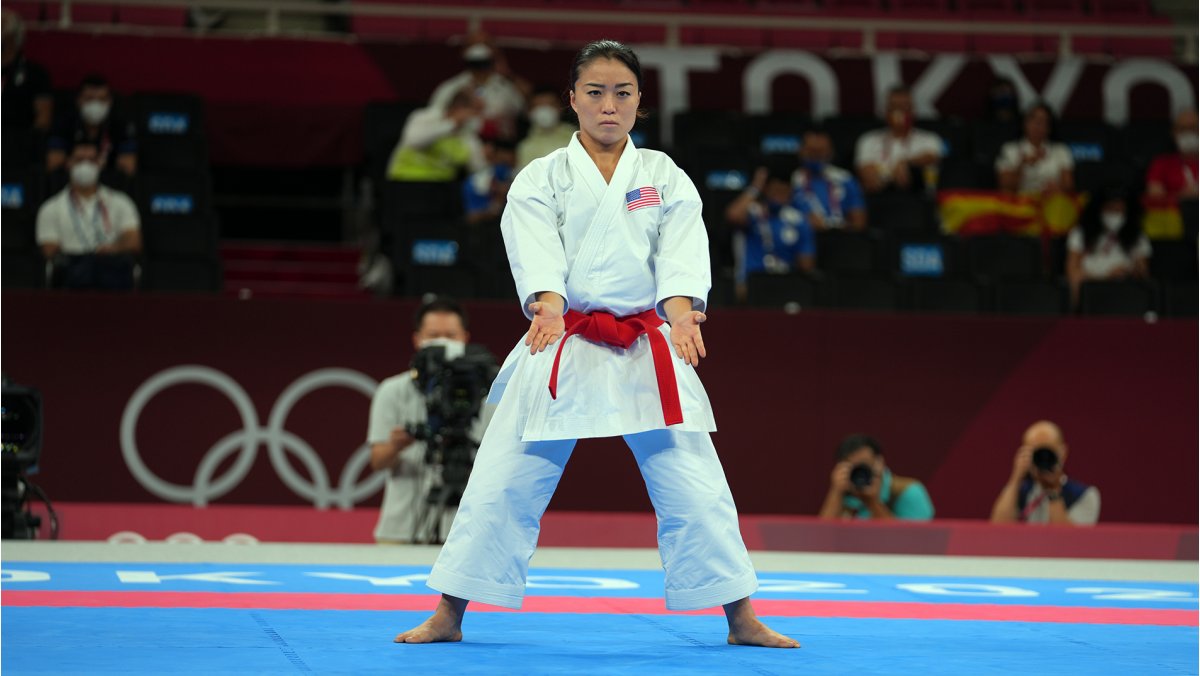 Karate’s Olympians Sakura Kokumai and Ariel Torres became the heroes of day 1 of the Pan American Senior Championships which are being held this week in Punta del Este (Uruguay).

The two athletes who had made history for the sport representing Karate at the Olympic Games prevailed on the opening day of the competition and added the continental crowns to their Olympic honours.

After winning the bronze medal at the Olympic Games, Ariel Torres of the United States claimed his second consecutive continental title following an impressive demonstration of abilities in the Male Kata competition.

In an All-USA final, 23-year-old Torres confirmed his status as one of Karate’s biggest rising stars with a hard-fought victory over team-mate Gakuji Tozaki. Ariel Torres received a score of 25.66 points with “Anan Dai” kata for 25.4 of Tokazi.

Olympian Sakura Kokumai of the USA also used the honour of the Olympics in her favour and won the title in Female Kata. Kokumai, who finished in the fifth position in the Olympic Games defeated Ha Thi Ngo of Canada in the final.

The 29-year-old karateka from the United States got a score of 25.94 with “Papuren” kata for 24.88 of her rival. It is the seventh crown for Kokumai who recovers the title after finishing in the second position in 2019.

The opening day of the competition in Punta del Este was a celebration of USA Karate. In addition to the titles of Sakura Kokumai and Ariel Torres, the representatives of Team USA added one more continental gold in Female Kumite -68kg.

Skylar Lingl earned her first Pan American crown after defeating Brazil’s Anna Prezzoti in the final 3-2. The 21-year-old karateka from the USA improved the silver medal she won in 2019.

The two last categories of the day offered an opportunity for experienced karatekas to redeem themselves at the biggest Karate event of the Americas.

After earning silver in 2019 and 2018, Rodrigo Rojas of Chile regained the title he took for the last time in 2016 in a disputed final of Male Kumite +84kg. The 31-year karateka from Chile defeated Rob Timmermans of Curacao in the final by 2-0.

Meanwhile, in Male Kumite -84kg, Jorge Merino of El Salvador surprised favourites and won his first continental title since his gold at the 2013 PKF Championships. The 28-year-old karateka from El Salvador who had claimed bronze in 2019 defeated Kamran Madani of the USA in the final by 3-0.

CLICK HERE to go to the micro-site of the 2021 PKF Senior Championships.