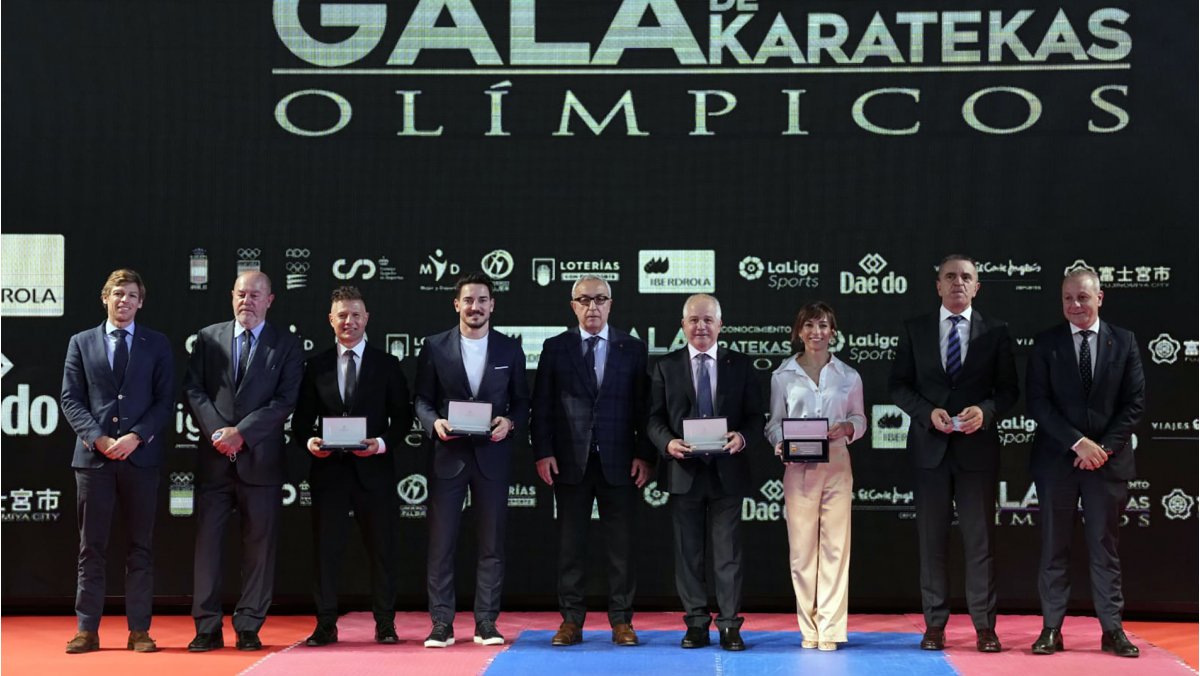 Karate’s Olympic medallists Sandra Sanchez and Damian Quintero of Spain were honoured on Thursday by the top sports authorities in the country.

The recognition of the two Kata heroes took place at the auditorium of the Spanish Olympic Committee in Madrid. WKF President Antonio Espinós and WKF Senior Advisor Francisco Alegrete participated in the ceremony.

In an emotional ceremony, Damian Quintero and Sandra Sanchez, together with head coach Jesus del Moral described the challenging and exhausting journey to the Olympic medals. They stated how the Olympic honours and the tremendous popularity after their historic achievement have impacted their lives. 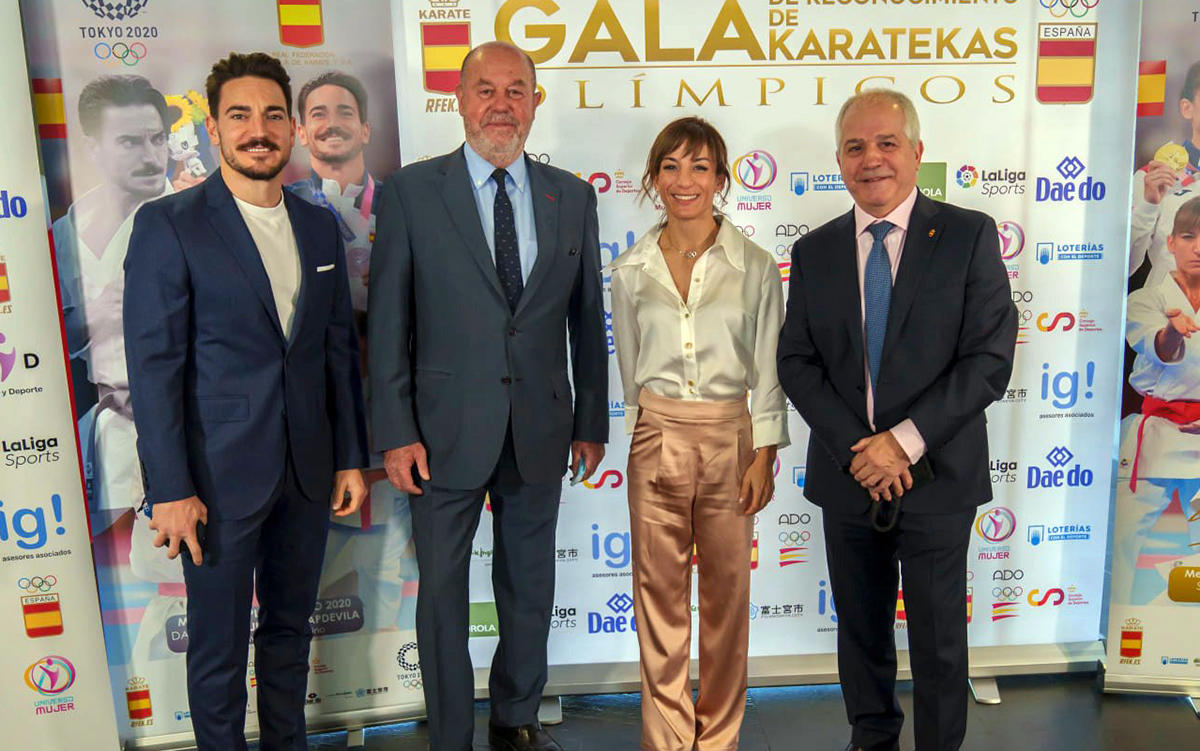 Sandra Sanchez won the gold medal in the Female Kata competition while Damian Quintero took the silver medal in Male Kata of the Olympic Karate event.

Both athletes thanked sports officials, partners, sponsors, media, and family and friends for their support in their arduous quest to Olympic glory. The event ended with participants sharing the common wish for Karate’s return to the Olympic programme as soon as possible.

“Sandra Sanchez and Damian Quintero represent the best of our Karate Values. Not only they are hard-working, committed, and courageous athletes; they are extraordinary human beings who best personify our ideals of honour, perseverance, and determination to overcome the hardest adversities.

“It is a source of pride to see how our Olympians are recognised at their home countries. I want to thank the Royal Spanish Karate Federation and its president Antonio Moreno for putting this emotive event together.” 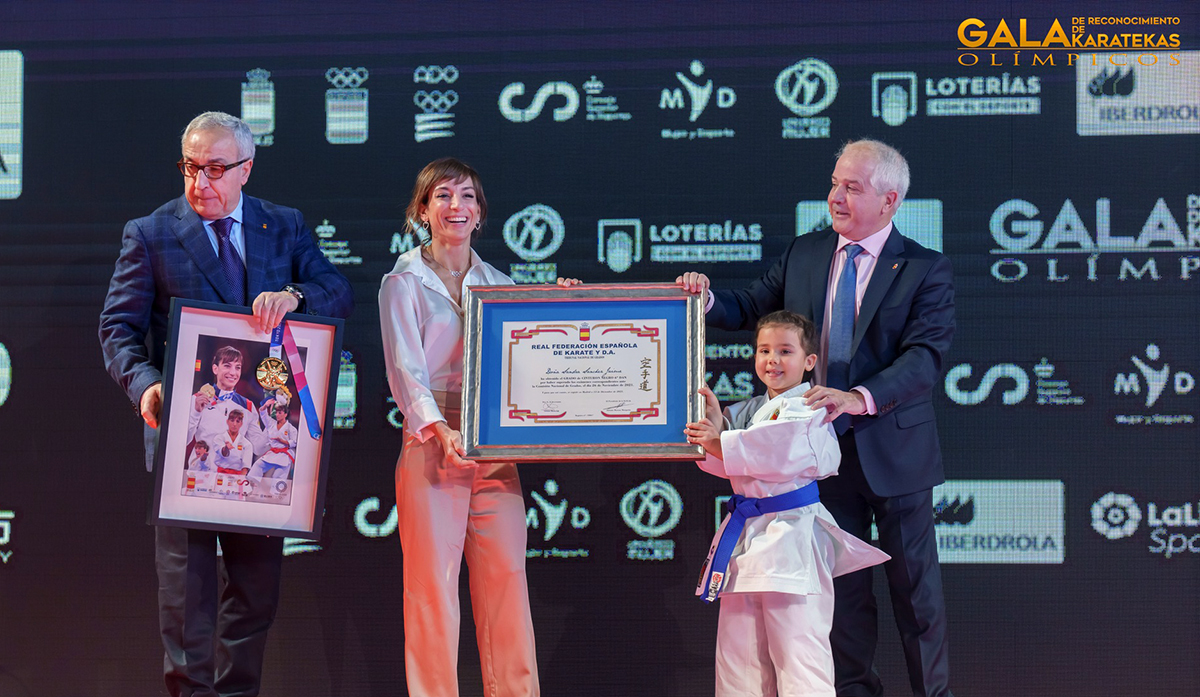 Sandra Sanchez was awarded the 6th Dan in the ceremony 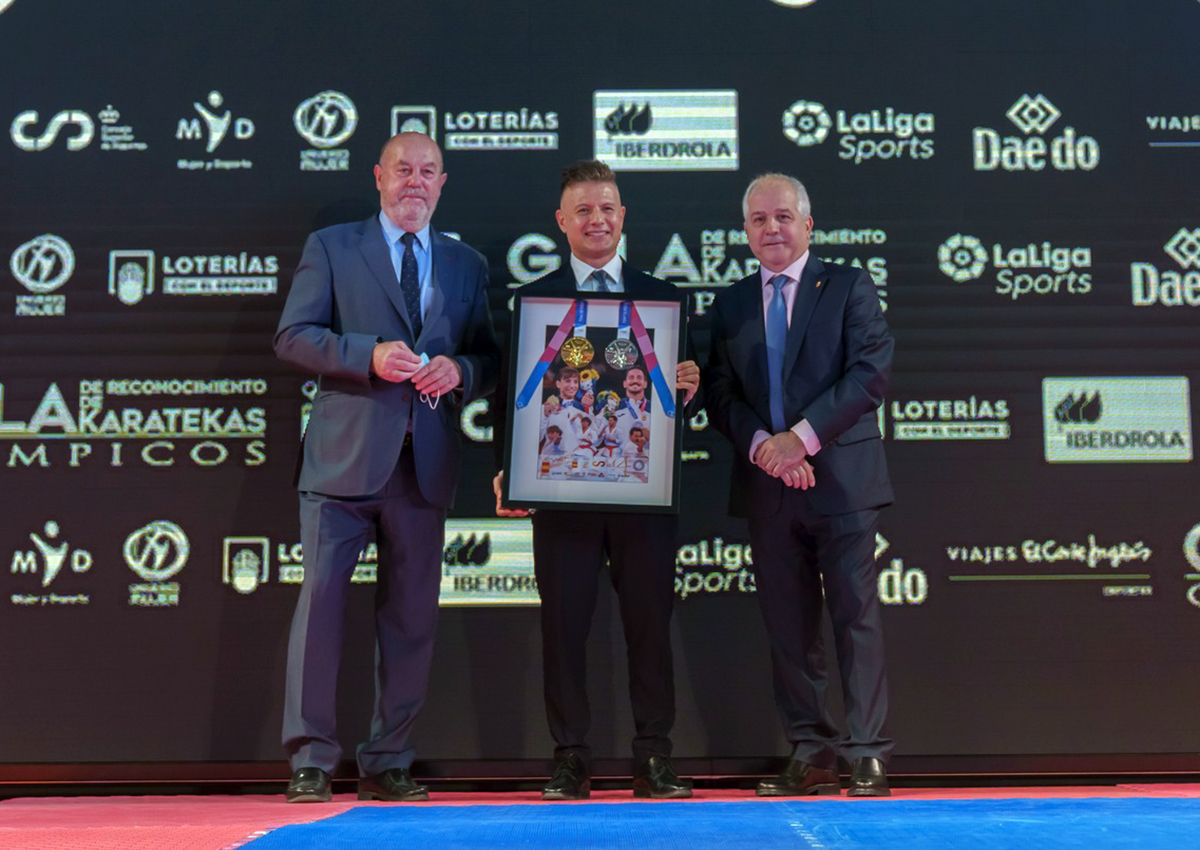 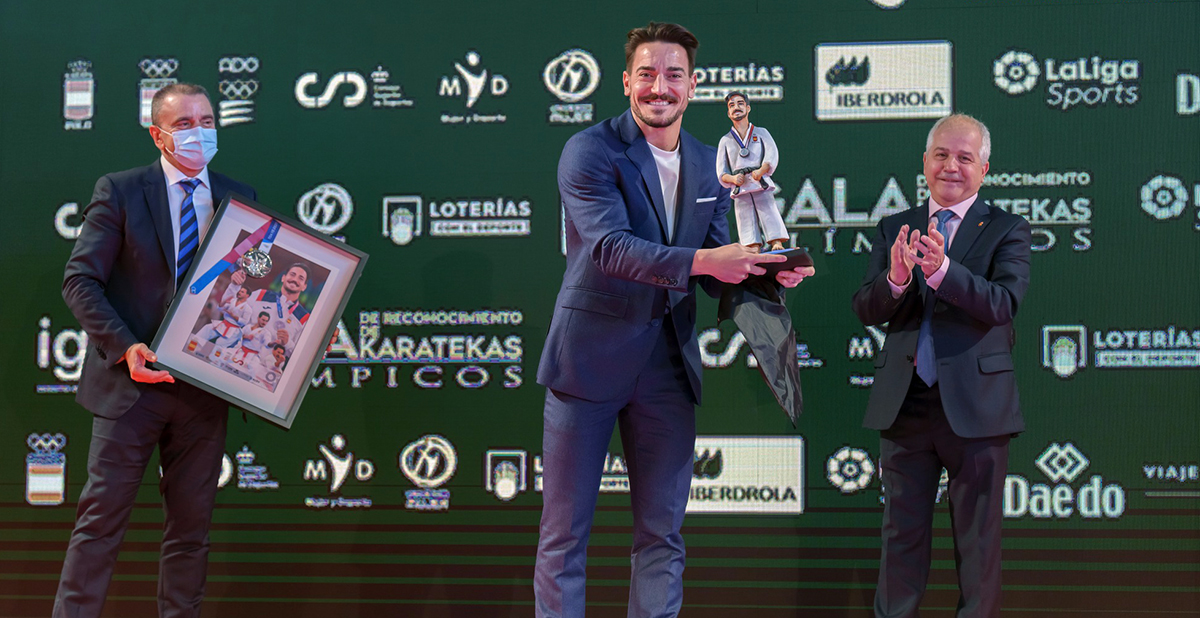