Olympians lead way to gold on day 2 of #Karate1Moscow 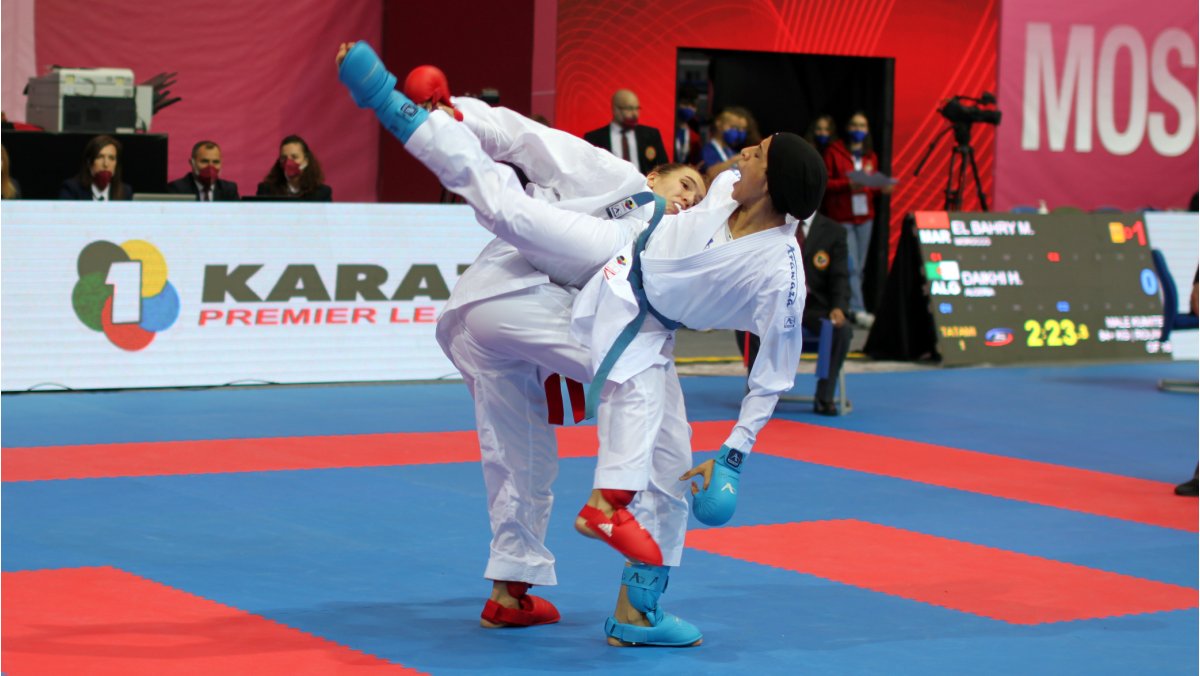 Olympic gold medallist Feryal Abdelaziz and Olympians Silvia Semeraro, Sofya Berultseva and Gogita Arkania were the big winners of the second day of action at the 2021 Karate 1-Premier League Moscow.

After their memorable performance in Tokyo, the Olympians became the stars of the day as they qualified for the finals in Moscow.

Fresh off her outstanding success at the Olympic Games, Feryral Abdelaziz of Egypt performed at an outstanding level in Moscow as she qualified for the final of the tournament in Female Kumite -68kg. The Olympic gold medallist edged local favourite Victoria Isaeva by “Senshuu” or the first unopposed point after the semi-final bout finished 3-3.

Karate’s Olympic participation will determine the final of the category since Olympian Silvia Semeraro of Italy also managed to qualify for the gold-medal bout. The Italian karateka who ended in the third position of her pool at the Olympics defeated World champion and Olympic Games silver medallist Irina Zaretska of Azerbaijan in the semi-final 2-0. 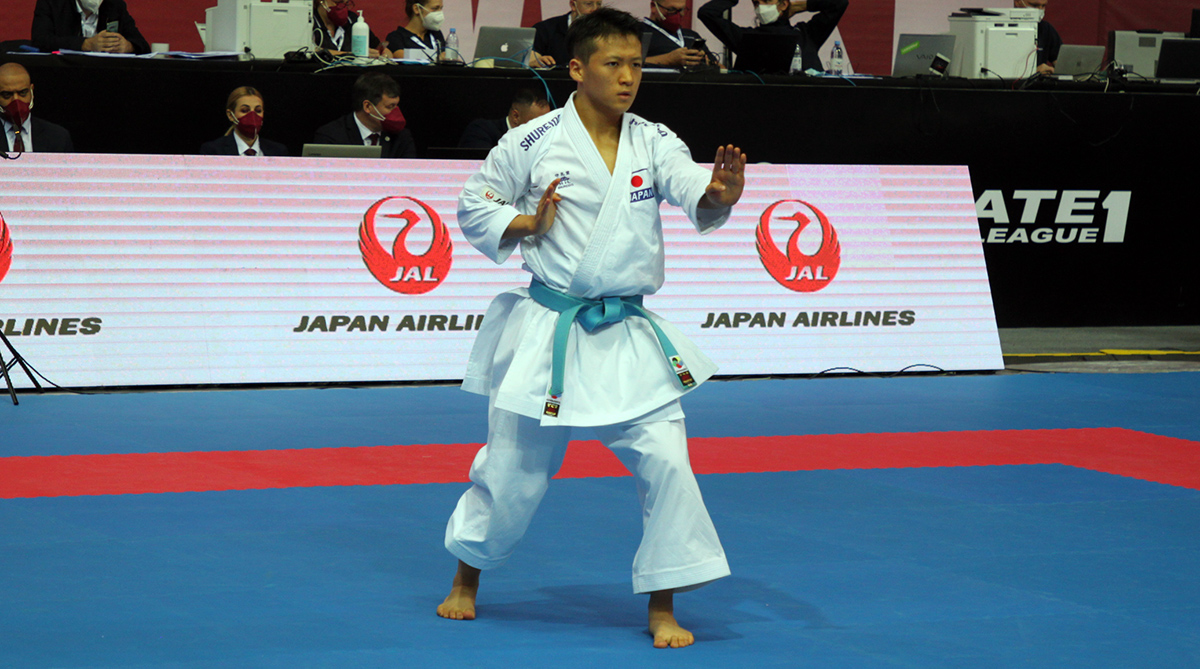 Another Olympian of top form, Sofya Berultseva of Kazakhstan will fight for the title in Moscow while she continues still celebrating the bronze medal at the Olympics. Berultseva who lost the semi-final bout of the Olympics against gold medallist Feryal Abdelaziz came back and reached the final of Female Kumite +68kg following a 4-0 victory over Ayaka Saito of Japan.

The title will be contended by Russia’s Vera Kovaleva, another of the representatives of the host country succeeding today. Kovaleva who had not made it to the finals of Karate 1-Premier League since winning the crown in Okinawa in 2016 defeated Brenda Padilha Pereira of Brazil in the semi-finals 3-1.

The last of the Olympians completing impressive performances today was Gogita Arkania of Georgia. The karateka who finished in the third position of his pool at the Olympics managed to qualify for the final of Male Kumite +84kg in Moscow after beating Rob Timmermans of Curaçao in the semi-finals 2-1. 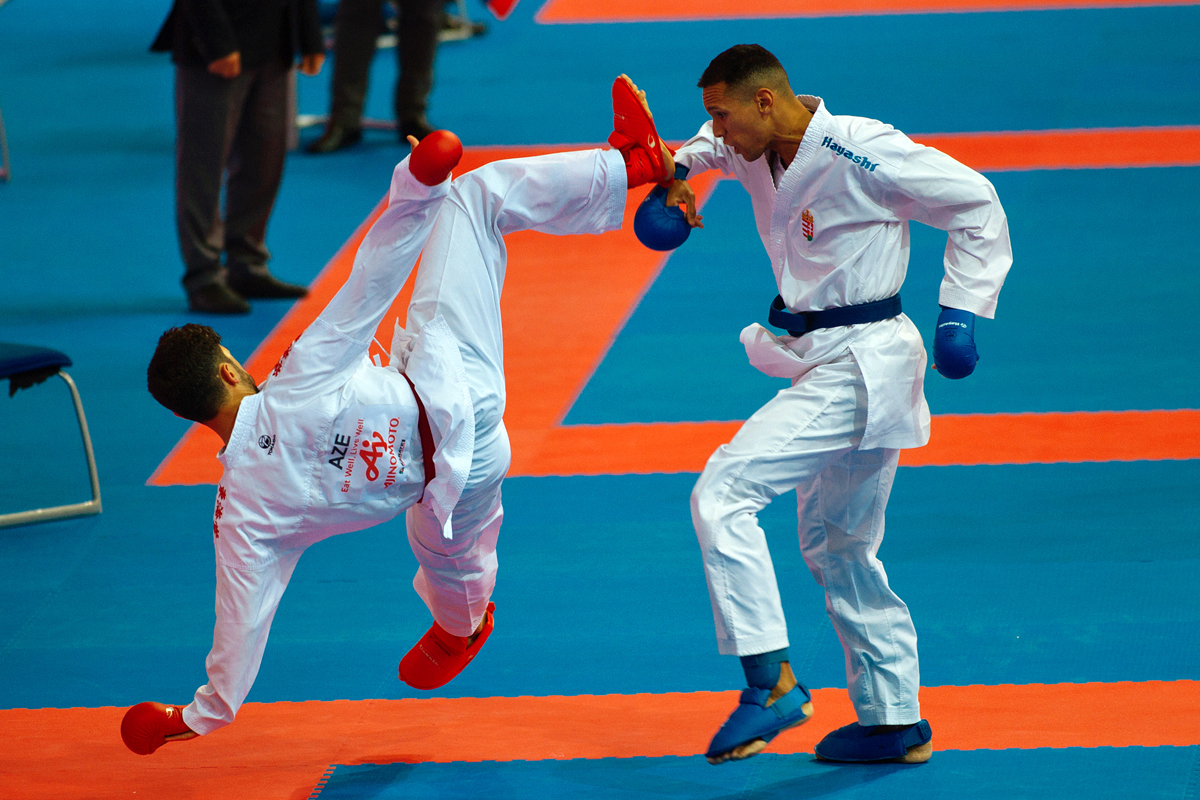 His rival in the final is Aliaksei Vodchyts of Belarus who surprised favourites and claimed a convincing 8-0 victory in the semi-final bout against Asiman Gurbanli of Azerbaijan.

ALL JAPAN FINAL IN MALE KATA

Sakichi Abe of Japan produced one of the big upsets of the day as he topped Pool 2 of the last round of Male Kata thus beating favourite and Olympic silver medallist Damian Quintero of Spain. Abe who won silver in 2021 Karate 1-Premier League Cairo got a score of 25.92 points with “Ohan Dai” kata.

The final of Male Kata will see an All-Japan clash as Sakichi Abe will fight for gold against team-mate Kakeru Nishiyama. The winner of the 2019 Karate 1-Series A Istanbul qualified for his first Karate 1-Premier League final after topping the pool with a score of 25.8 points in “Papuren” Kata. 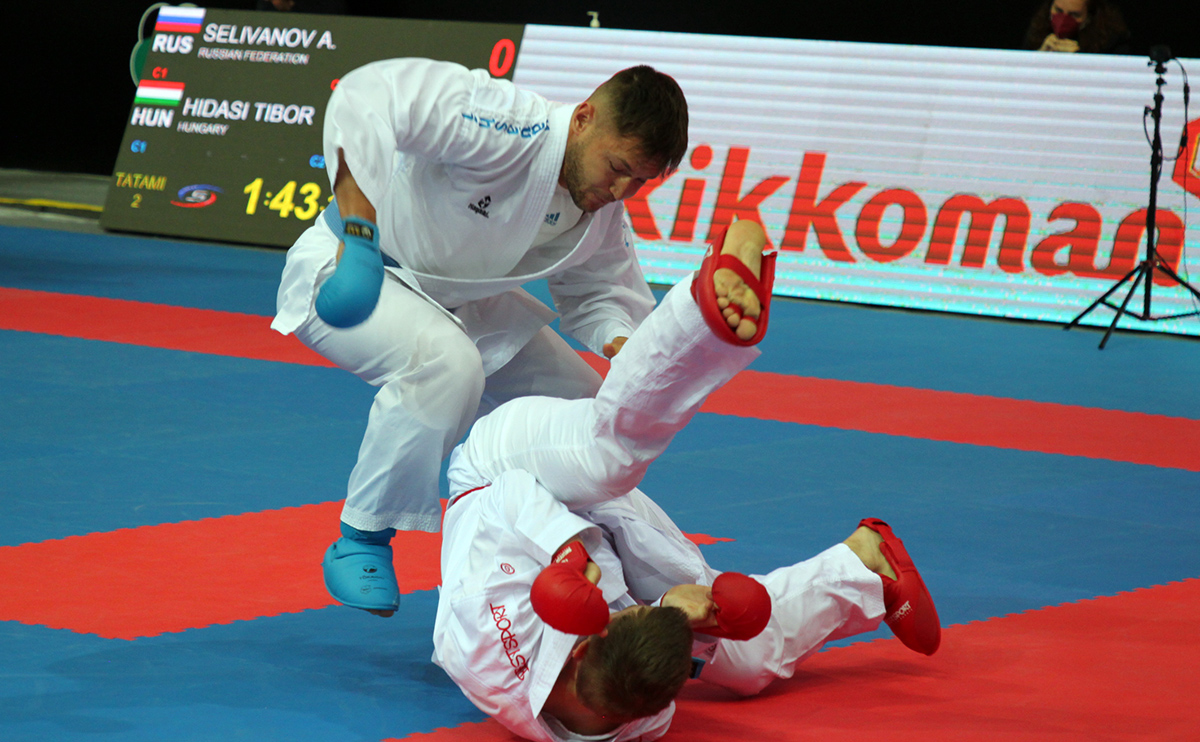 After the deserving performance of the local athletes in the first day of the competition, the host nation took one more spot in the finals. Anastasiya Chupina surprised favourites and reached the last bout of the tournament of Female Kumite -61kg after beating Haya Jumaa of Canada in the semi-finals 5-5. It is the first final in senior competition for the promising Russian karateka.

Her rival in the gold-medal bout is Tjasa Ristic of Slovenia. The 2019 European Championships runner-up performed at an impressive level and edged Ingrida Suchankova of Slovakia in semi-finals 1-0.

The list of finalists today was completed with newcomers Youssef Badawy of Egypt and Nabil Ech-Chaabi of Morocco who shocked the front-runners in Male Kumite -84kg. The Egyptian karateka who arrived in Moscow after winning the title at the 2021 Karate 1-Premier League Cairo defeated Brian Timmermans of the Netherlands 5-0.

Meanwhile, Nabil Ech-Chaabi reached his first final round since his bronze at the 2020 UFAK Championships following a 3-2 victory over Zabiollah Poorshab of Iran.

The finals are scheduled to start at 15.00 (local time). The event will be available on a number of TV networks around the world and on the WKF YouTube channel in countries without TV coverage. CLICK HERE to find a list of TV providers.

CLICK HERE to find all the info on the Karate 1-Premier League Moscow including results and competition calendar. 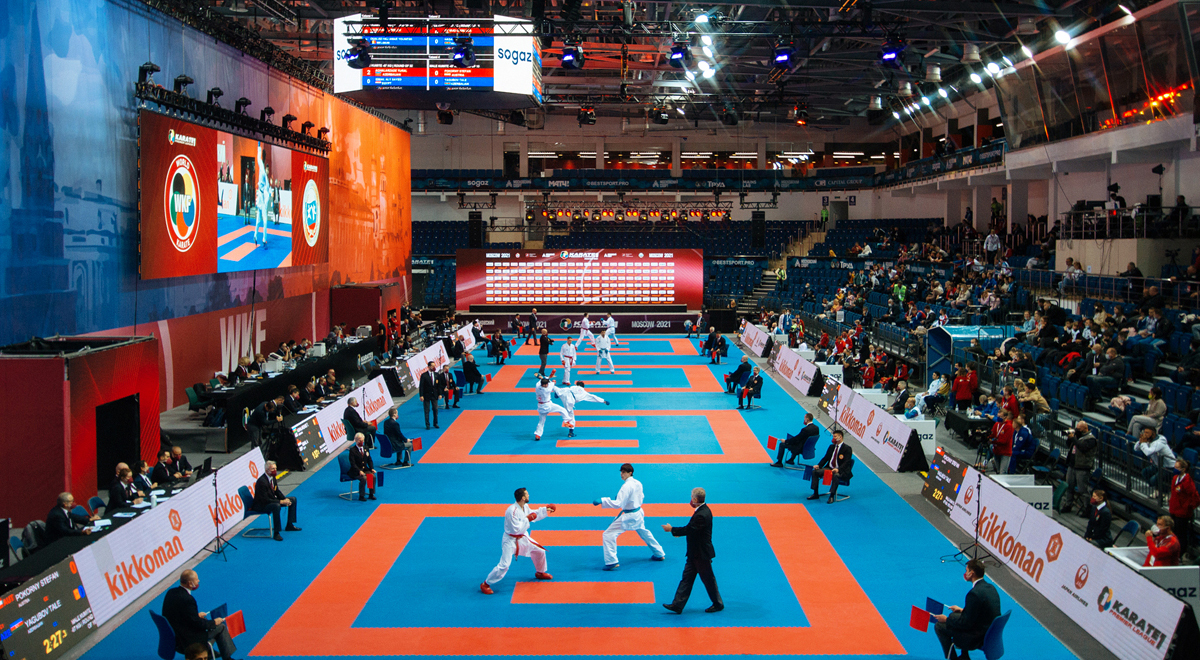