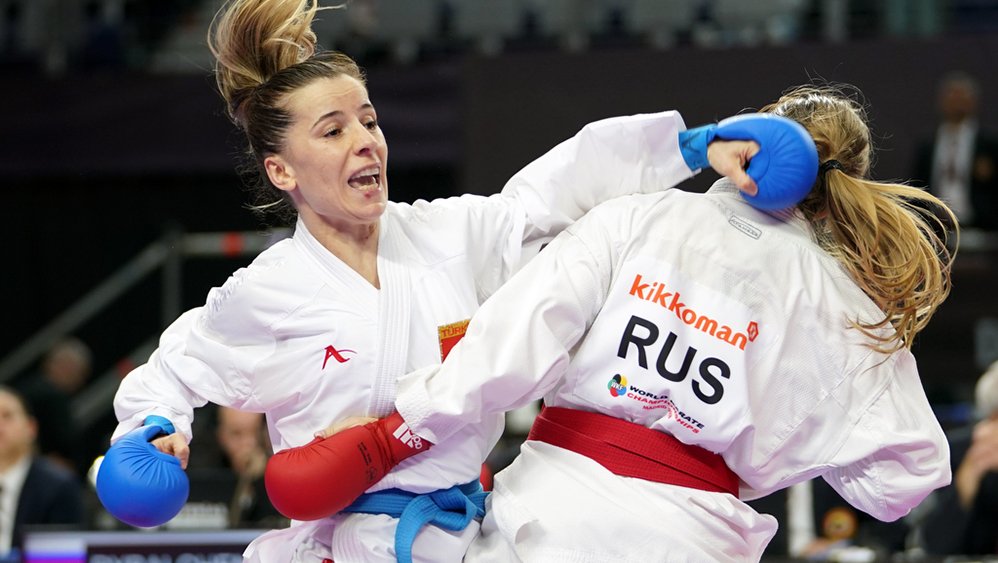 The afternoon session of the second day of competition of the 2018 Karate World Championships continued the thrills and surprised of the morning clashes. New names in the sport became the big winners today with surprising qualifications to the finals.

The afternoon session of the second day of competition of the 2018 Karate World Championships continued the thrills and surprised of the morning clashes. New names in the sport became the big winners today with surprising qualifications to the finals.

Shocking results continued dominating the competition as the category of Female Kumite -55kg saw two unexpected stars taking the spotlight today. Jana Bitsch of Germany will clash against Poland’s Dorota Banaszczyk in the surprising final of the category.

The German representative, who is placed in the seventh position of the WKF world ranking dazzled with a firm performance on the tatamis of WiZink Center sports hall. The 27-year-old Koln-native prevailed in the pool with an impressive count of 13-1 in four bouts and then, the 2014 World Championships bronze medallist defeated Russia’s Valeriia Alekhina by an outstanding 4-0, so to reach her first final in the tournament.

“It is indescribable! It is like a dream! I hope I don’t have to wake up from this dream. I will give my best in the final because it has been my dream ever since I was two years old,” said an emotional Jana Bitsch. 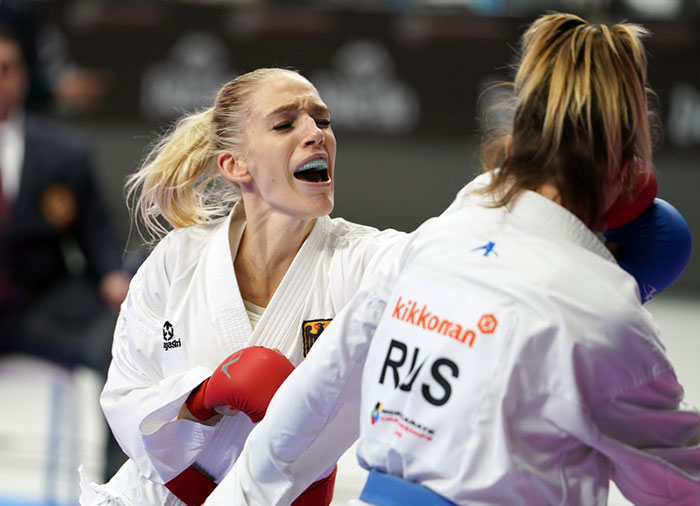 Surprises also took over the other side of the draw as newcomer Dorota Banaszczyk shocked rivals to make it to the final. The 21-year-old karateka, who takes the place 28 in WKF World ranking confirmed the prevalence of new generations after registering a tally of 8-2 in five bouts in the pool round and then edging Sara Yamada of Japan by ‘Hantei’ or decision in semi-finals.

“I can’t believe that this is happening. I had the chance to defeat athletes that I admire very much such as Sara Cardin and I won!” stated Banaszczyk.

The final of Male Kumite -60kg will also have unexpected opponents. Japan’s Naoto Sago will clash for gold against Italy’s Angelo Crescenzo in an unseen final bout.

Continuing the three medal spots that were taken by Japanese representatives yesterday, Naoto Sago – Number 44 in WKF World Ranking - surprised with his ticket to the title-deciding bout. The 26-year-old karateka dominated the pool with a point-full performance of 23-11 in four bouts. In semi-finals, the promising athlete beat Darkhan Assadilov of Kazakhstan 10-0 in a sensational showcase of offensive Karate. 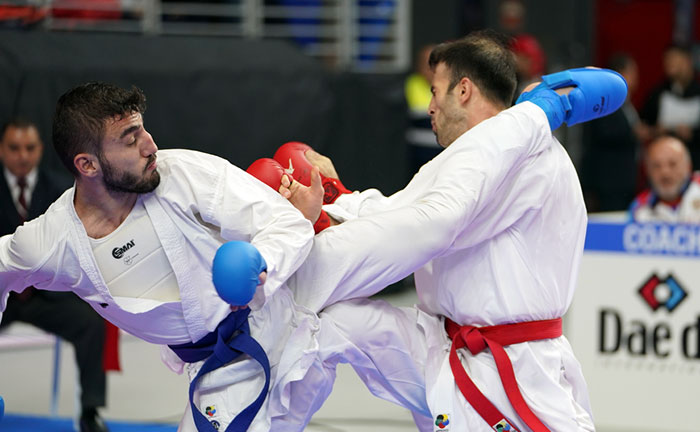 Meanwhile, Angelo Crescenzo took use of his fourth place in WKF World Ranking to achieve the best result of his career. In his first appearance in World Championships, the current continental runner-up of the category prevailed in the pool with an effective 4-0 in four bouts. In semi-finals, Crescenzo upset Morocco’s Abdessalam Ameknassi 4-1. It is the second spot in the finals for Italy today after Luigi Busa’s success in the morning session.

SERAP OZCELIK DOES IT AGAIN

Topping an outstanding season, the current Grand Winner and WKF World ranking leader Serap Ozcelik of Turkey qualified for the final of Female Kumite -50kg in spectacular fashion. The Turkish Karate Star had claimed the world crown in 2014 and the third place in 2012, and managed to go back to the final stages of the competition after showing strength throughout the competition. The current European champion dominated the pool 10-2 in four bouts and won the semi-final over Russia’s Tatiana Rybalchenko 3-1.

“The last World Championships were like a disaster for me; so that I am very happy that I reached the final for the second time in my career. It was really hard but I did it again. I will face Miho Miyahara from Japan, and she is very talented and very skilled,” said the Turkish Karate Star. 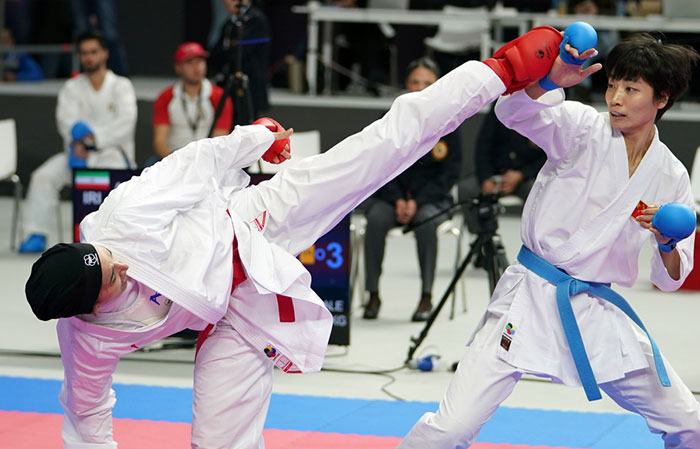 One of the top favourites in the category, Japan’s Miho Miyahara demonstrated her impressive level with another success in a remarkable season. The current second-placed in WKF World ranking won the pool with a slim 2-0 in four bouts but crushed Austria’s Bettina Plank 6-0 in semi-finals. It is the fifth spot in the finals for Japanese representatives.

Action will continue on Thursday with the Male and Female Team Kata categories, the Para-Karate event and the anticipated opening ceremony. The competition and the opening ceremony will be streamed LIVE and FREE on karateworld.tv

CLICK HERE to go to the summary of the morning session of day 2 of the 2018 Karate World Championships.