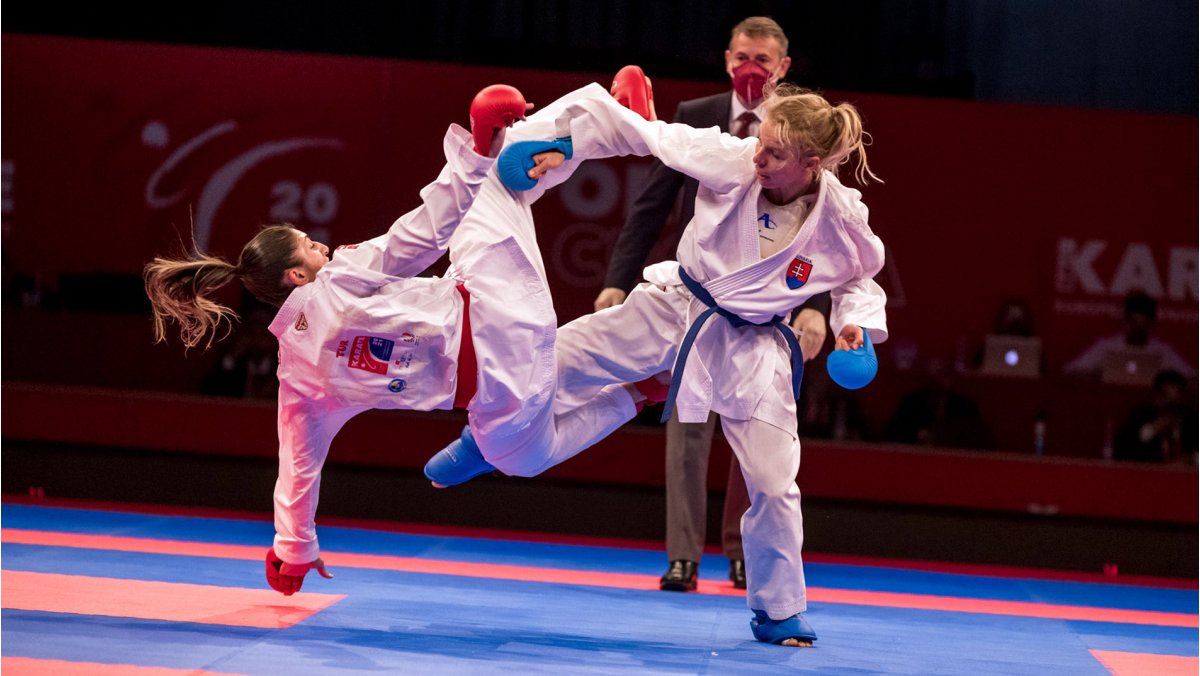 The new kings and queens of European Karate were crowned today

The new kings and queens of European Karate were crowned today at the 2021 European Karate Championships. Stanislav Horuna, Ugur Aktas, Jovana Prekovic, and Sandra Sanchez were among the heroes of the sport prevailing today in Porec (Croatia).

Jovana Prekovic of Serbia added the European title to her World crown and demonstrated to be the competitor in the best form of today’s Karate. Prekovic claimed her third consecutive title of the season out of three events following a 2-0 victory over Anita Serogina of Ukraine.

“I am very happy because Croatia is very close to Serbia and I could win the title here. Now I am ready to represent my country at the biggest stage of the Olympics,” said Prekovic who takes fourth place in the Olympic standings and is currently in a qualifying position for the Games. 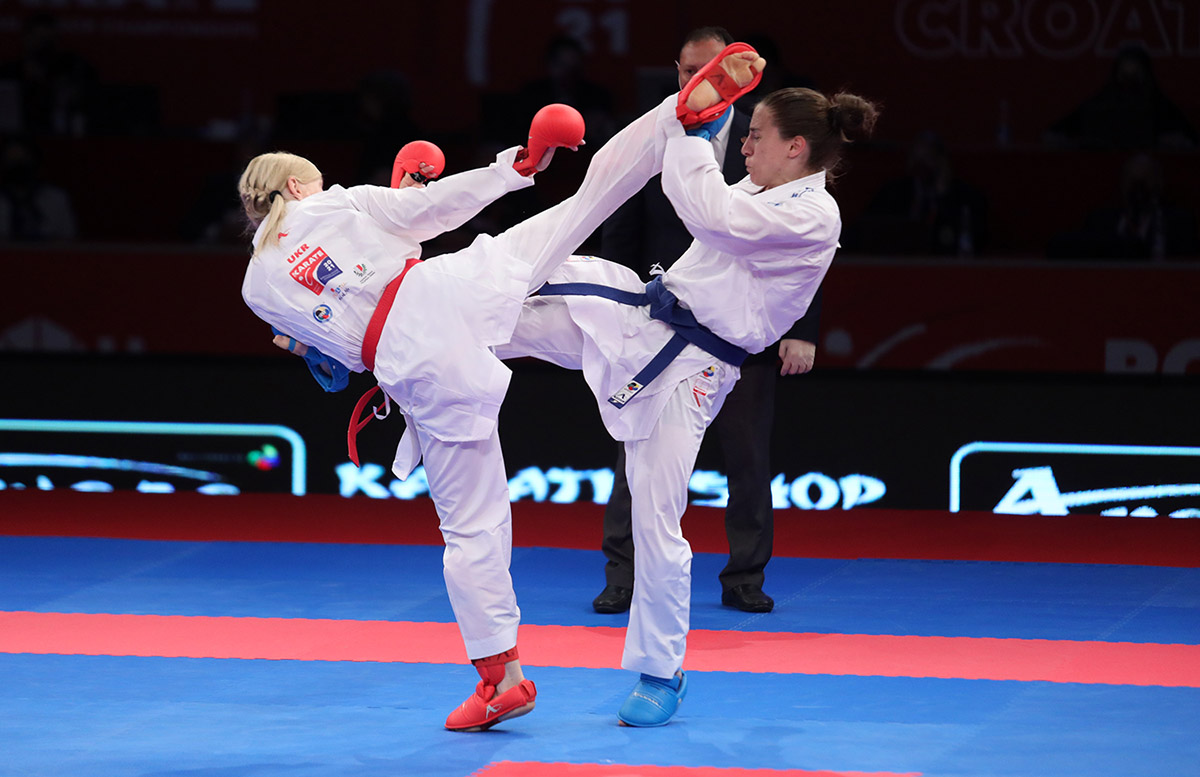 “I have been waiting for this moment for so long. It is my first European title and I finally got the gold medal after so many years trying to win it. This victory gives me great motivation for the Olympic Games,” said the leader of the Olympic standings.

Extending his domination of the Male Kumite -84kg category, Ugur Aktas became one of the biggest names of the event after taking his second continental crown in a row. 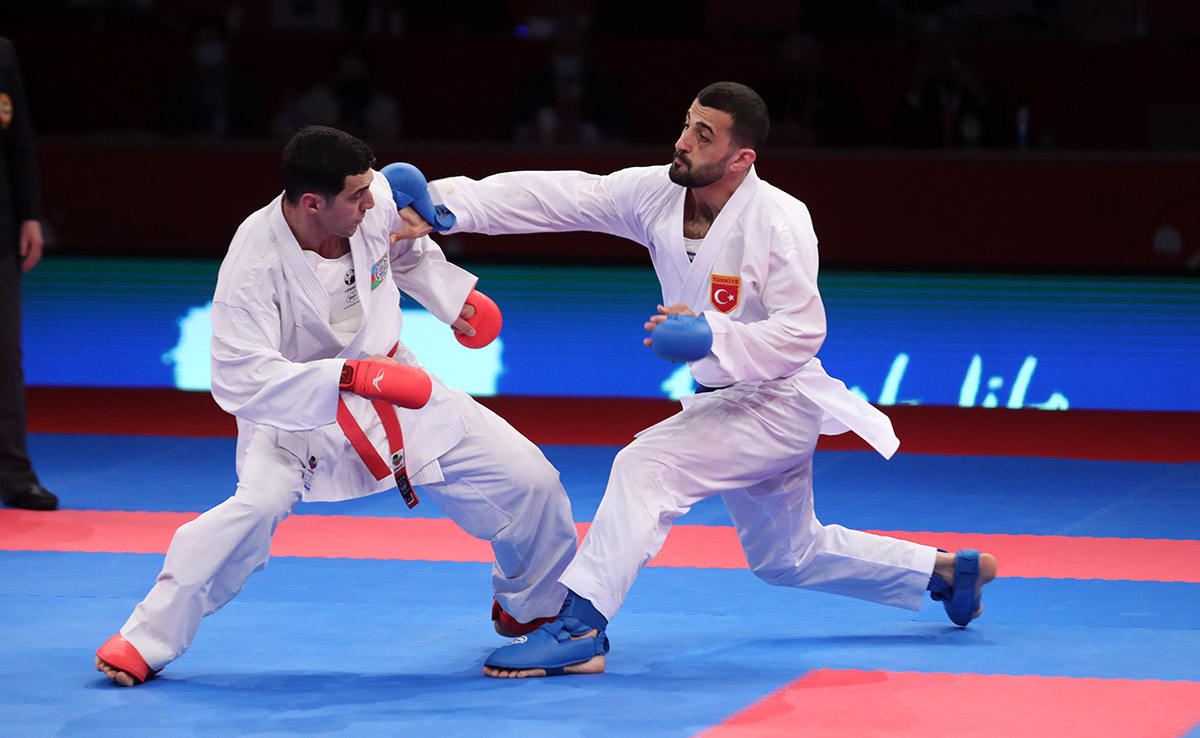 Aktas who leads the Olympic standings and is in a qualifying position for the Olympics edged Panah Abdullayev of Azerbaijan 2-1 after scoring a late “Yuko” or One-point technique with seconds to conclude the bout.

“I am very glad to have won the European Championships here and I am very happy because I could maintain my level of performance. Now we have two months to the start of the Olympic Games and I am motivated to give my best at the Games,” said Aktas.

Jonathan Horne of Germany claimed his second consecutive title, seventh in total to showcase impressive supremacy in the category of Male Kumite +84kg. Horne who is also the current World champion of the division defeated Slobodan Bitevic of Serbia 2-0 in the final.

“It was a good tournament for me, and I am glad that I could make it today. To be honest, it was a hard, hard championship for me, we had the Olympic qualification at stake so I am happy it finished the way it did,” said Horne.

SURPRISES TAKE OVER THE COMPETITION

The #EuroKarate2021 put the spotlight on a younger generation of competitors. Anna Chernysheva of Russia became European champion at 19 years old after producing one of the big upsets of the day. The upcoming top karateka defeated Jana Messerschmidt of Germany 3-0 in the final of Female Kumite -55kg thus complicating Messerschmidt’s options to qualify for the Games by standings.

Meanwhile, the other big surprise of the day had Stanislav Horuna of Ukraine as the main star. In a repetition of the final of the 2019 European Games, Horuna defeated eleven-time continental champion Rafael Aghayev of Azerbaijan. Horuna took a late “Ippon” or three-point technique to defeat Aghayev 3-1 to open a new era in European Karate. 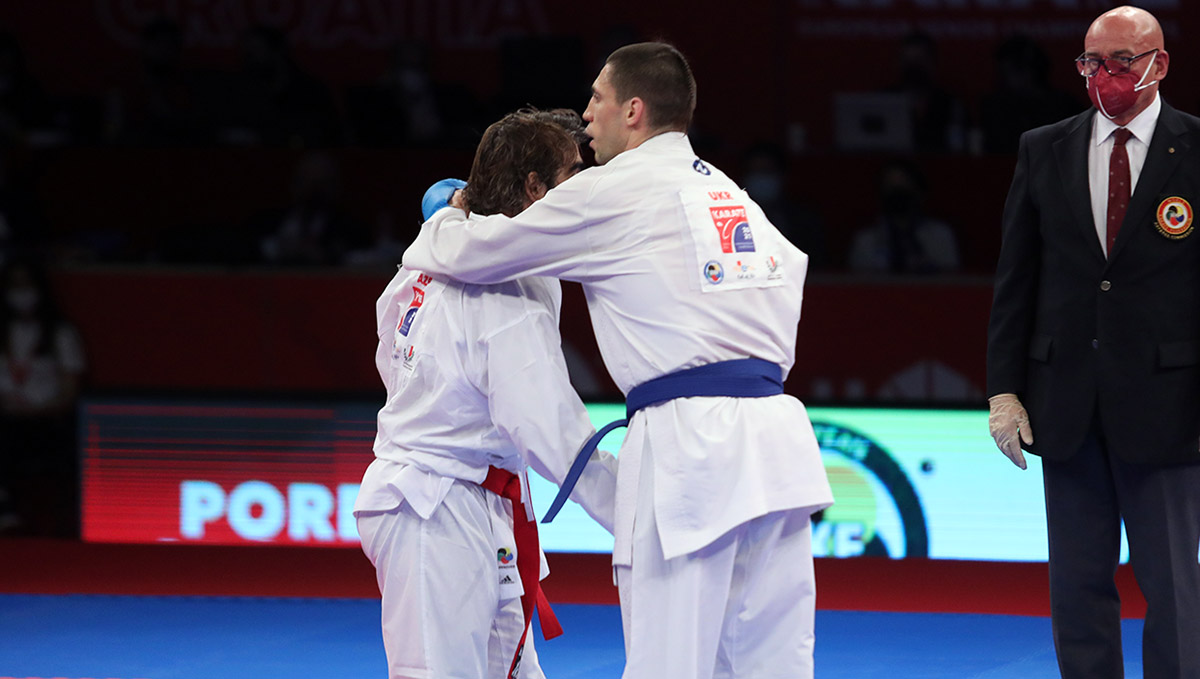 After winning medals in both events this year, Meltem Hocaoglu Akyol showed top form to take the continental title in Female Kumite +68kg. The Turkish karateka who is placed in the fifth place of the Olympic standings and is in a qualifying position for the Games edged Aleksandra Stubleva of Bulgaria 1-0.

“I did my first step to achieve my goal today and I am so, so happy that I could win the European championships. Now I have to continue working for my big dream of the Olympics,” said Meltem Hocaoglu Akyol.

Meanwhile, in Male Kumite -67kg, Dionysios Xenos of Greece upset favourite Kalvis Kalnins of Latvia to take his first continental crown after claiming the final by a slim 1-0.

Sandra Sanchez of Spain maintained her reign of Female Kata after defeating Dilara Bozan of Turkey. The current World and European champion who is also the Olympic standings leader showed outstanding level and performed a flawless “Chatanyara Kushanku” kata to beat Bozan by 27.2 to 25.76 so to claim her sixth consecutive continental crown.

The big upset of the day featured Ali Sofuoglu of Turkey in Male Kata. Much to the surprise of fans, the young promising kata ace from Turkey dethroned the current champion, Damian Quintero of Spain, in a tight final. Sofuoglu scored 27.24 points with “Gojushinho Sho” for 27.06 of Quintero. 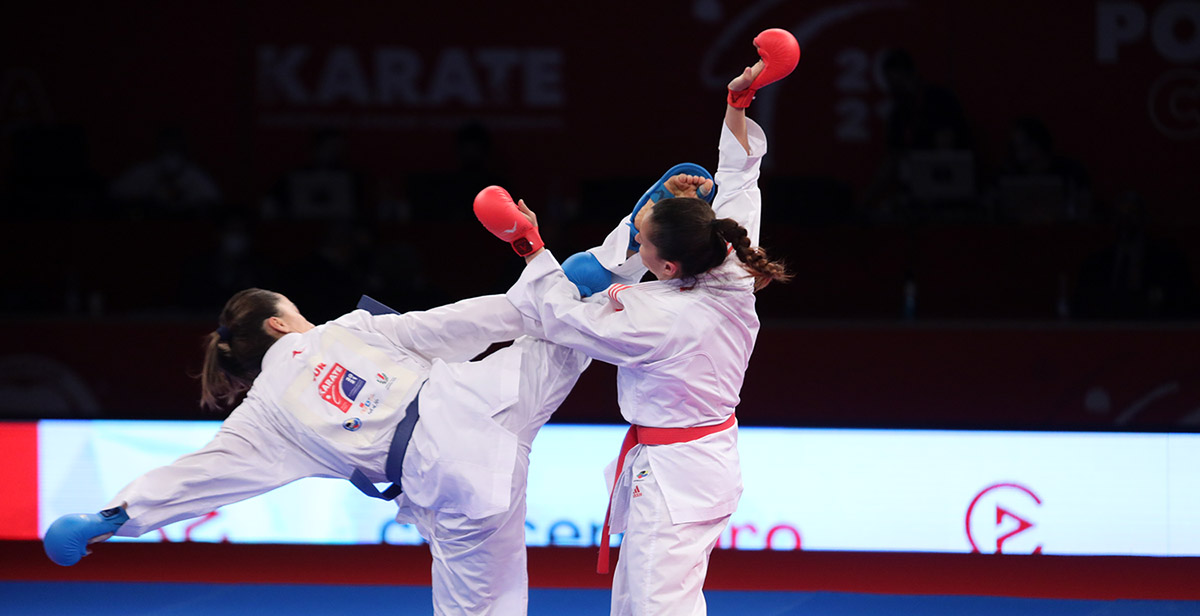 Meanwhile, one of the most decorated European athletes, Serap Ozcelik Arapoglu won her fifth continental crown. The Turkish athlete who is the leader of the Olympic standings defeated Shara Hubrich of Germany by “Hantei” or decision (0-0) in the final of Female Kumite -50kg. 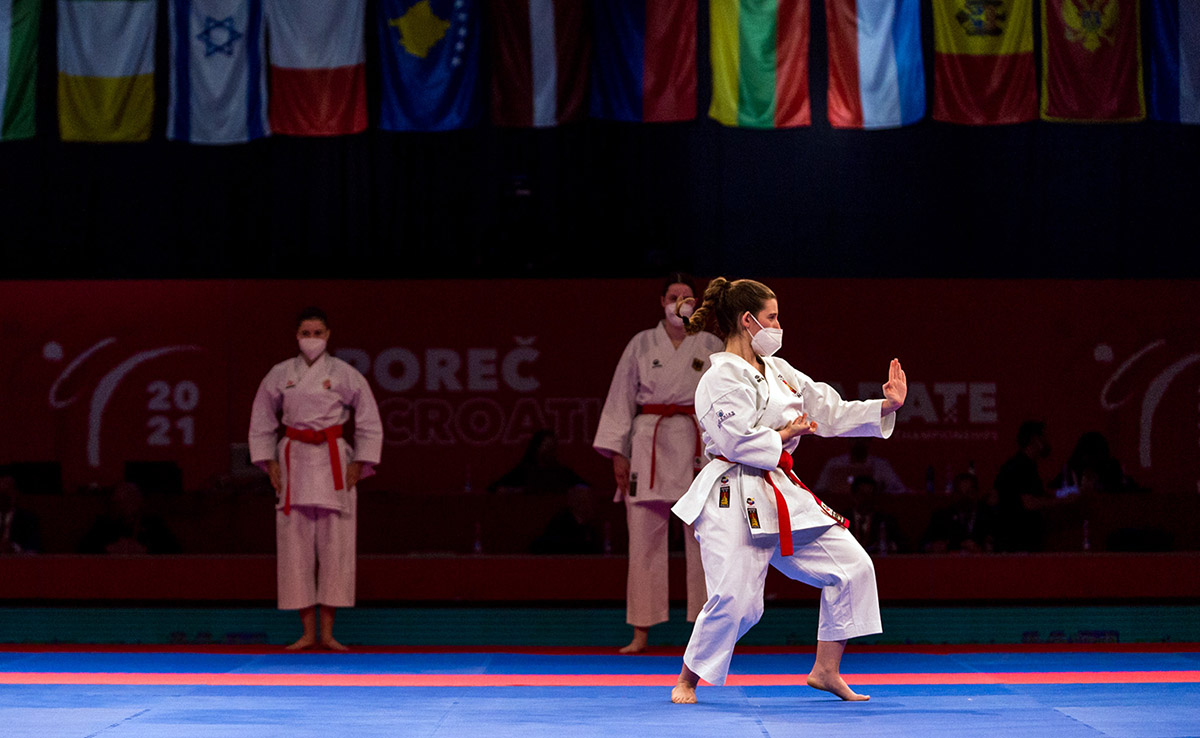 The fourth day of the competition also saw the first Para-Karate European champions taking the title here in Porec. 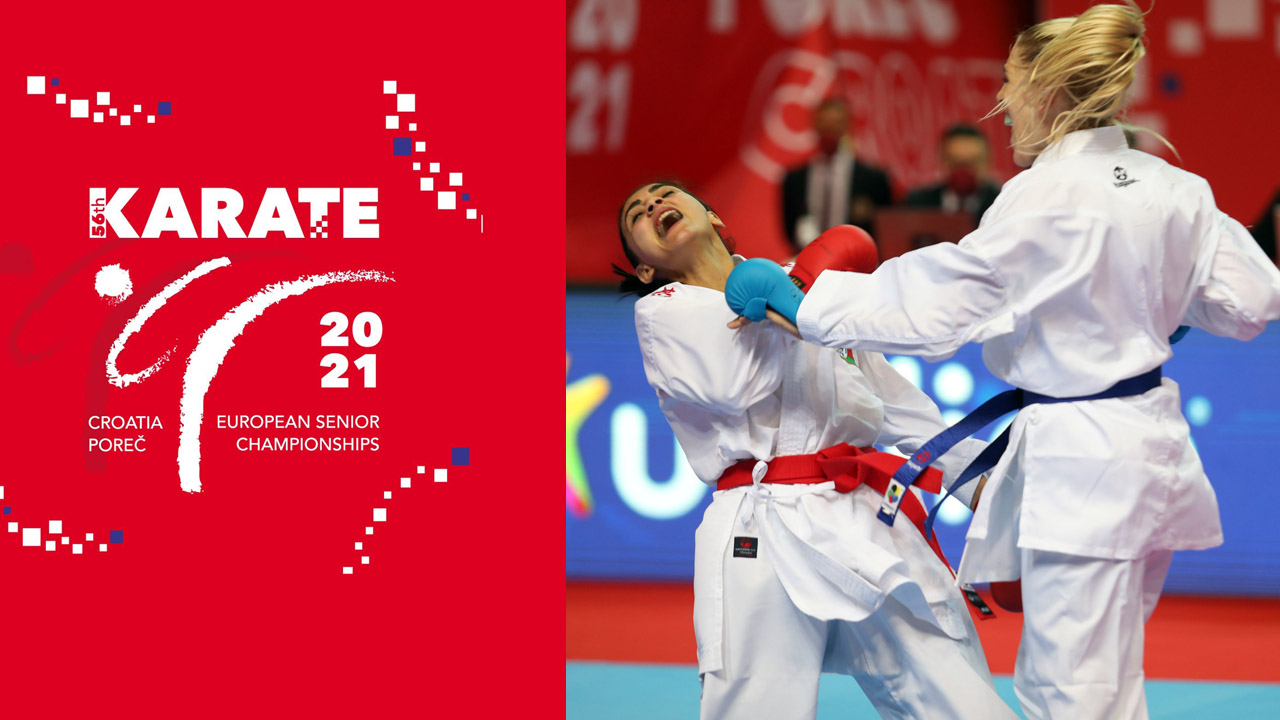