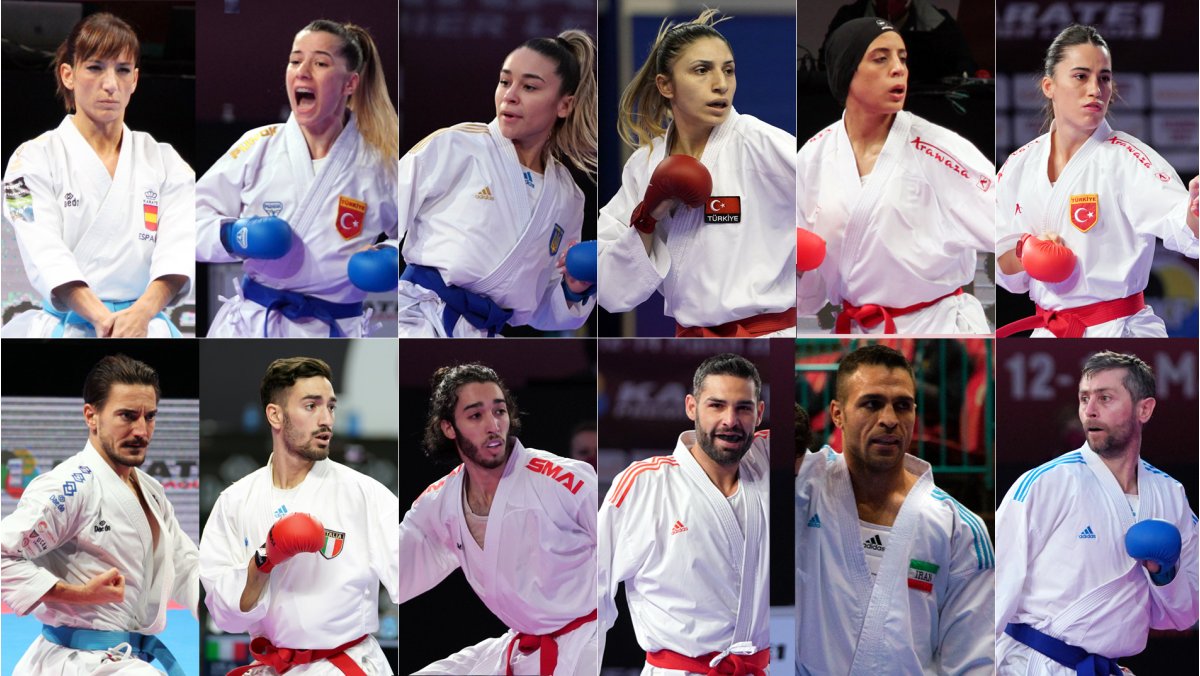 Olympic medallists Sandra Sanchez, Luigi Busa, Anzhelika Terliuga, Feryal Abdelaziz, and Damian Quintero are among the new Grand Winners. This is the full list of the 2020-2021 Grand Winners:

The new Grand Winners are bestowed with the right to wear the karategi with the golden embroidery at all the Karate 1-Premier League events next year.

Due to the coronavirus pandemic, the seasons of 2020 and 2021 were merged, so the new Grand Winners are the top competitors after all the seven events of the two years.

The proclamation of the 2021 Grand Winners will be held in the first Karate 1-Premier League of the 2022 season. 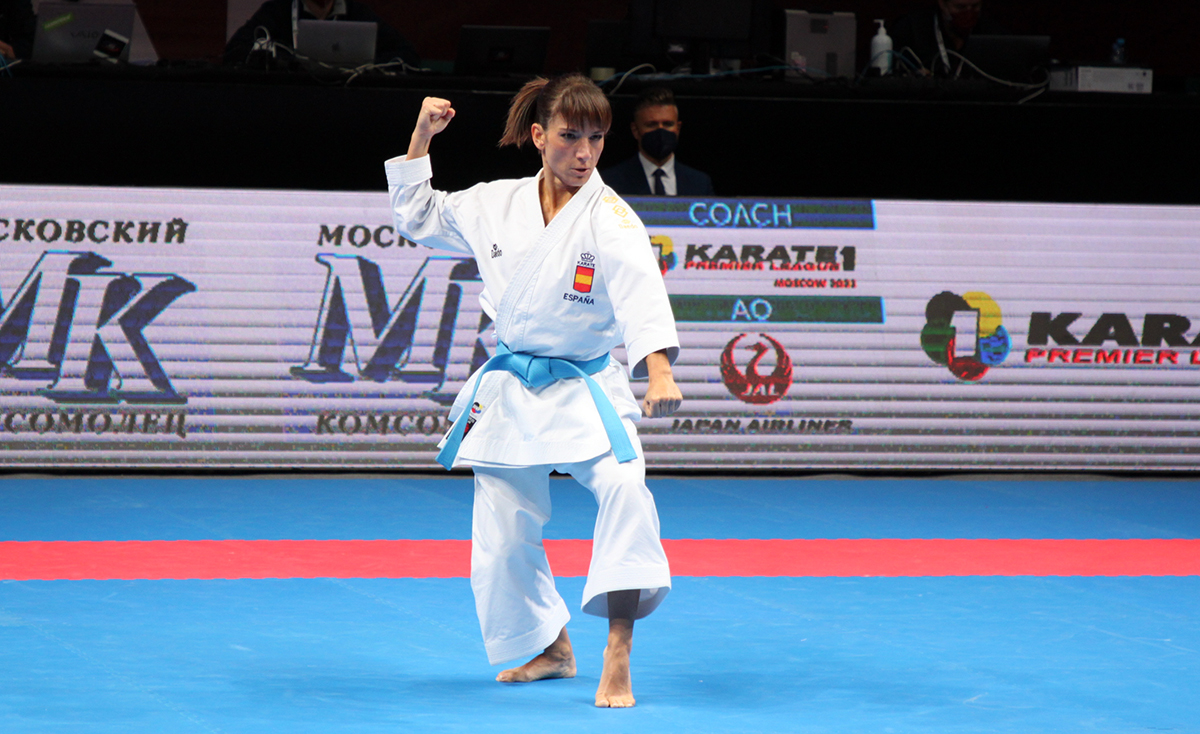 Spain’s Sandra Sanchez wins the Grand Winner award for the fourth consecutive time. One of the most successful Karate athletes in the history of the sport, Sanchez made it to Karate’s annals as the first Olympic gold medallist in Olympic Karate.

“It makes me very happy to be the Grand Winner again. It is the recognition of all the hard work that we have done, and it gives me hope for my next challenge, the World Championships in Dubai”.

Fresh off his silver medal at the Olympic Games, Damian Quintero of Spain retakes the Grand Winner crown which he won for the last time in 2017. 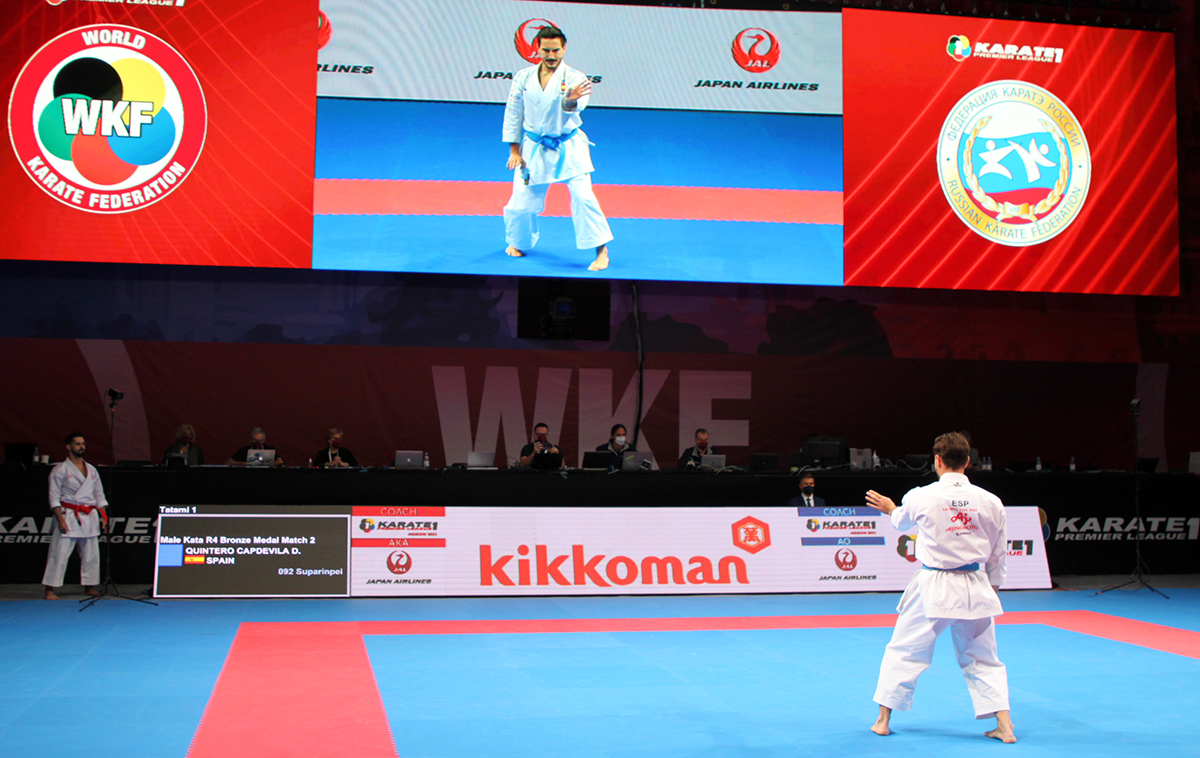 “Being Grand Winner again is the reward for the hard work that I have put in the last two years. It has been two years of a lot of uncertainty, a lot of pressure for the Olympics, which was really the great goal for 2021, but we managed to overcome everything by working hard, and by focusing on myself despite all the challenging situations, thus being able to stay in the top positions, which is the most complicated thing for me after 19 years at the highest level. It is a team effort, and I want to thank my coach and all those who support me.”

“I am extremely happy that I got to be Grand Winner for the fourth year in a row. I worked hard and gave so much effort to all this.

“It would have been perfect if I had won a medal at Tokyo 2020, that will always be missing in my career. But to become Grand Winner again is like a consolation prize for me. Thank you to the WKF and all the Karate family.” 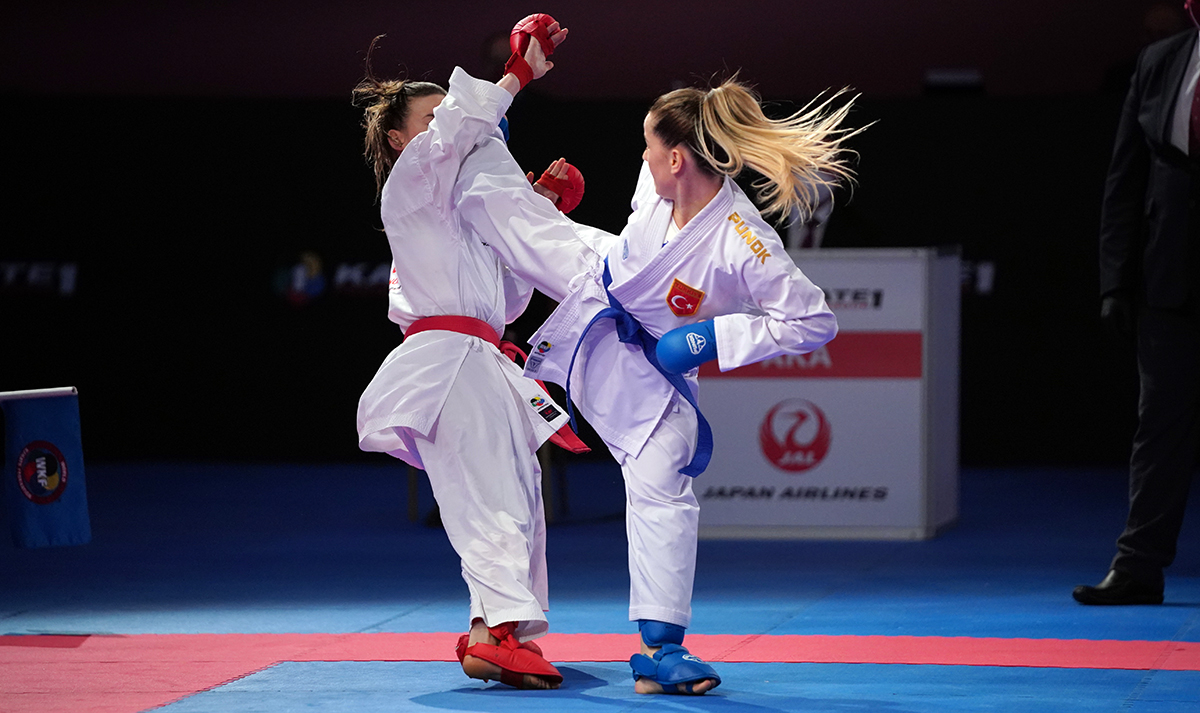 World champion Angelo Crescenzo receives the Grand Winner award in Male Kumite -60kg after earning medals in four events and after representing his country at the Olympics. The current World title-holder won gold in Dubai 2020, silver in Salzburg 2020, and bronze in Moscow 2021 and Lisbon 2021.

It is the second time that Crescenzo takes the honour of wearing the karategi with the golden embroidery as he was declared Grand Winner in 2015.

The karategi with the golden embroidery in Female Kumite -55kg remains in the hands of Ukraine’s Olympian Anzhelika Terliuga. The silver medallist at the Olympic Games was the defending owner of the “Best of the Best” award and keeps the recognition one more year.

After making history for his country with his qualification to the Olympics, Ali Elsawy adds the Grand Winner award to his trophy-full career. The current UFAK Championships runner-up has claimed four medals in the two seasons, including the golds at Moscow 2021 and Istanbul 2021, and the bronze at Lisbon 2021 and Salzburg 2020.

It is the first Grand Winner award for Elsawy who nearly made it in 2019 when he finished in the second position of the standings. 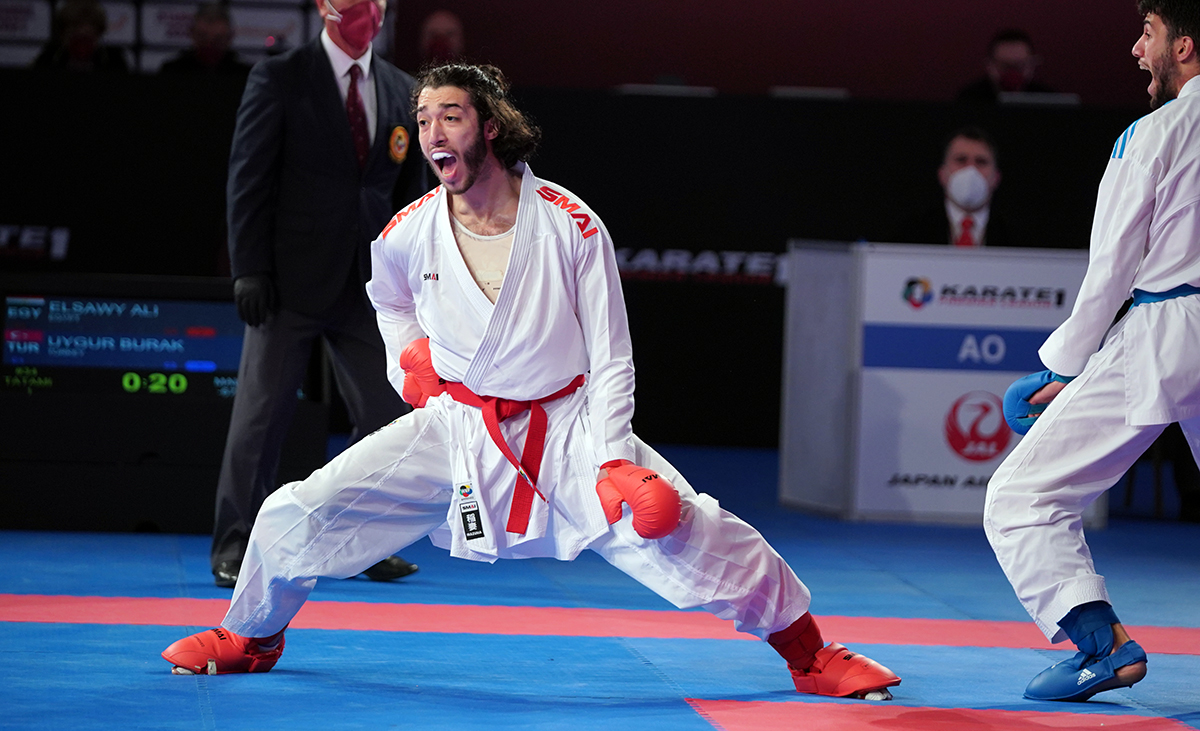 “I am very happy about this award, but I would be happier if my performance at the Olympics would have been better. Honestly, I did not expect to lose the way I did at the Olympics, and I will always carry that with me, but at least I got to win the Grand Winner”.

A first-time Grand Winner, Merve Coban joins the list of Turkish karatekas prevailing at this year’s Grand Winners nomination as she becomes the “Best of the Best” in Female Kumite -61kg.

Merve Coban has completed an impressive season since she also won the bronze medal at the Olympics. In Karate 1-Premier League events, the 2019 continental champion has earned the titles of Paris 2020 and Salzburg 2020 and the bronze medals in Istanbul 2021 and Lisbon 2021.

“The Karate 1 Premier League is the elite tournament of Karate, and it makes me very happy to become Grand Winner at this event.

“I won the bronze medal at the Tokyo Olympics, so I had a bitter joy. To be number 1 in my category gives me power for the future.”

Luigi Busa’s exceptional campaign is completed with the Grand Winner award in Male Kumite -75kg. The Italian karateka won the gold medal at the Olympic Games and adds his first Grand Winner title to his record-breaking career. 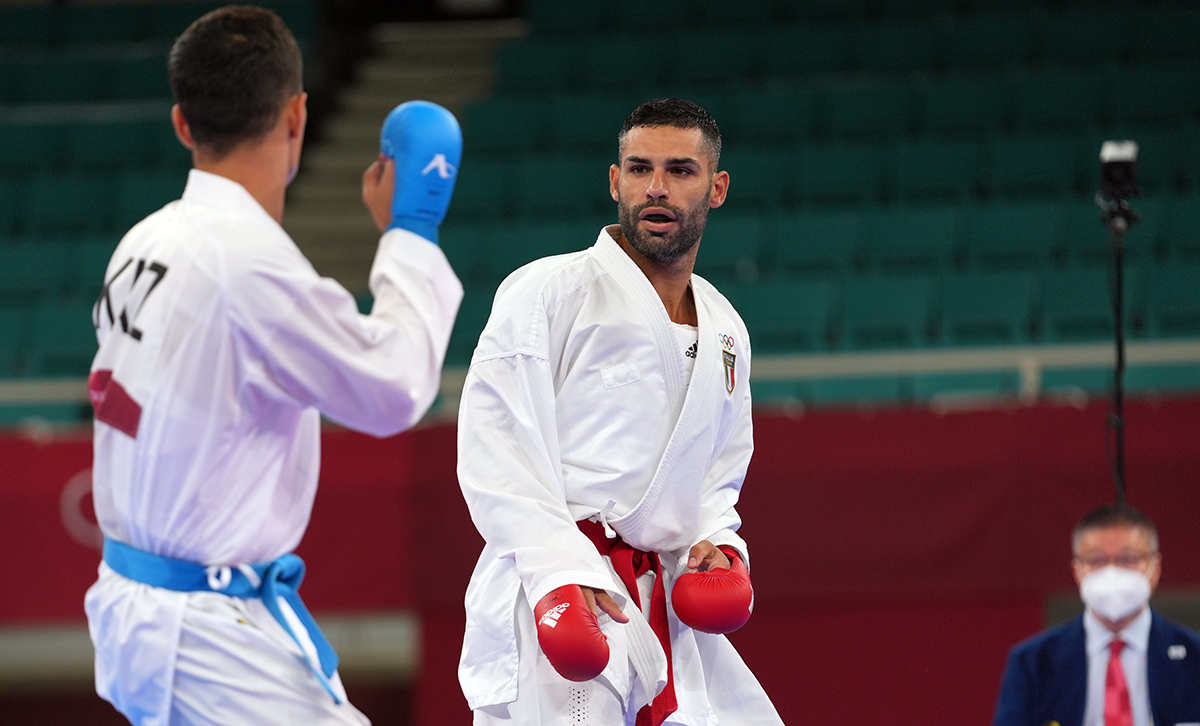 “I have never won the Grand Winner award, so I am very happy. After winning the Olympic gold, and now the Grand Winner, I want to go all-in and fight to take gold in Dubai. I'm preparing very hard for such a big dream.”

One of the stars of Karate at the Games, Feryal Abdelaziz of Egypt has completed a historic season and has become one of the biggest names of the sport.

The current continental champion won the gold medal at the Olympic Games in a fantastic demonstration of abilities, thus earning the honour of being the first Egyptian woman to win the Olympic gold.

“I can’t describe my feelings. I am very happy with this award because I am the first Egyptian woman to take the Grand Winner and of course, it has a different taste because it’s after my gold medal at the Olympics. So, this is the best year of my career in Karate!” 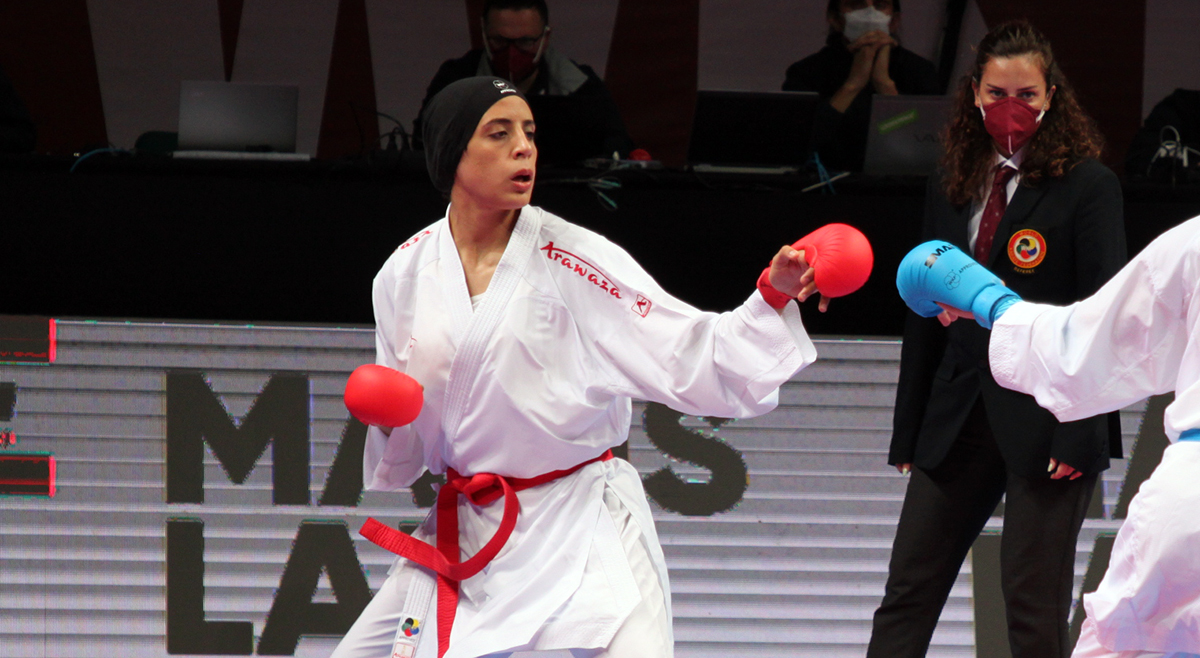 Zabiollah Poorshab of Iran is also winning the Grand Winner award for the first time. The leader of Male Kumite -84kg has completed a remarkable season of Premier League after taking three gold medals in five appearances.

Poorshab who is the current continental champion of the category won the titles in Lisbon 2021, Istanbul 2021, and Dubai 2020.

“I am very happy that I became a Grand Winner. I have done many efforts in the past years and I thank God that this happened. I hope that I can participate in future competitions with all my might and again, as always, I will fight for the medals to be able to win good titles for my country. I am a fighter, and I will always fight with all my energy.”

The current European champion who also participated at the Olympics has taken gold in Lisbon 2021 and Dubai 2020, and silver in Istanbul 2021, and Paris 2020. 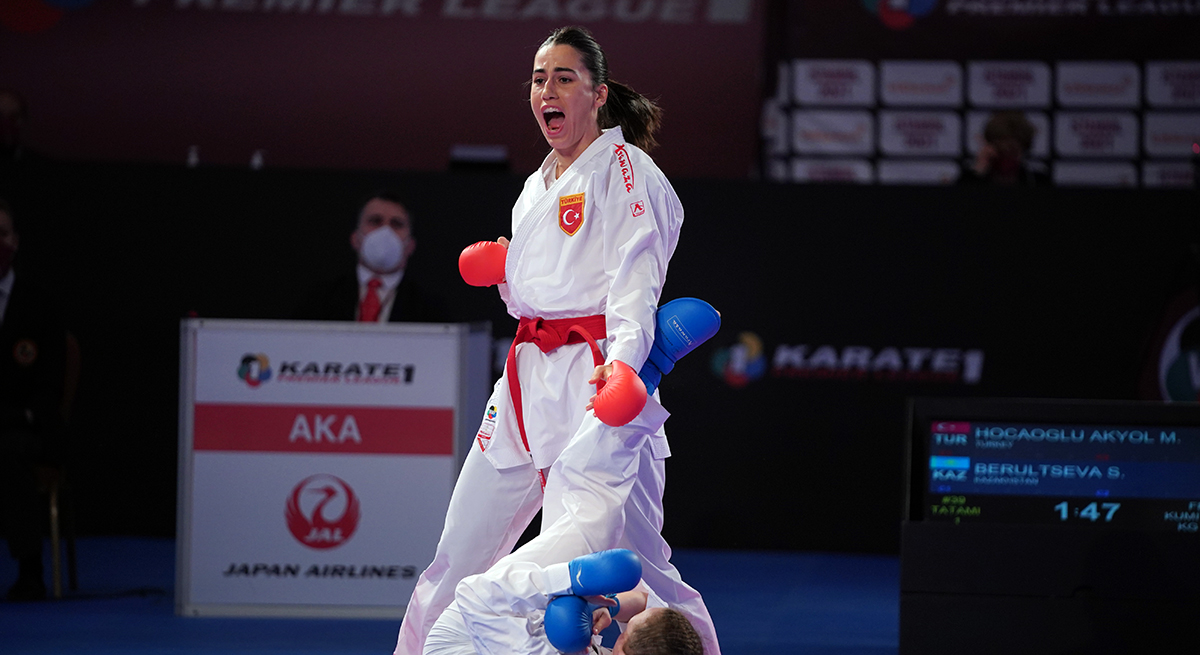 “I am very proud to have finished at the top this long and goal-oriented period. It meant that I did not give up.

“I want to congratulate all the winners in all the categories, and I also want to thank all my rivals who made me improve and become better. Thanks to all those who are close to me helping me all the way.”

In a perfect showcase of longevity, Gogita Arkania has used experience in his favour to become the Grand Winner of Male Kumite +84kg.

The Georgian karateka who won his first international medal at the 2005 European Championships (bronze medal) has performed at an impressive level in the two seasons, with no less than six medals in seven events and the qualification to the Olympic Games.

“For me, The Olympics was a dream come true, especially since I made it at the age of 37. Now, I get to be Grand Winner, and it is a first time for me. It is really a good motivation for me to continue with my goals.

“I had a really good season and I think I deserve this title. I will keep working for the World Championships.” 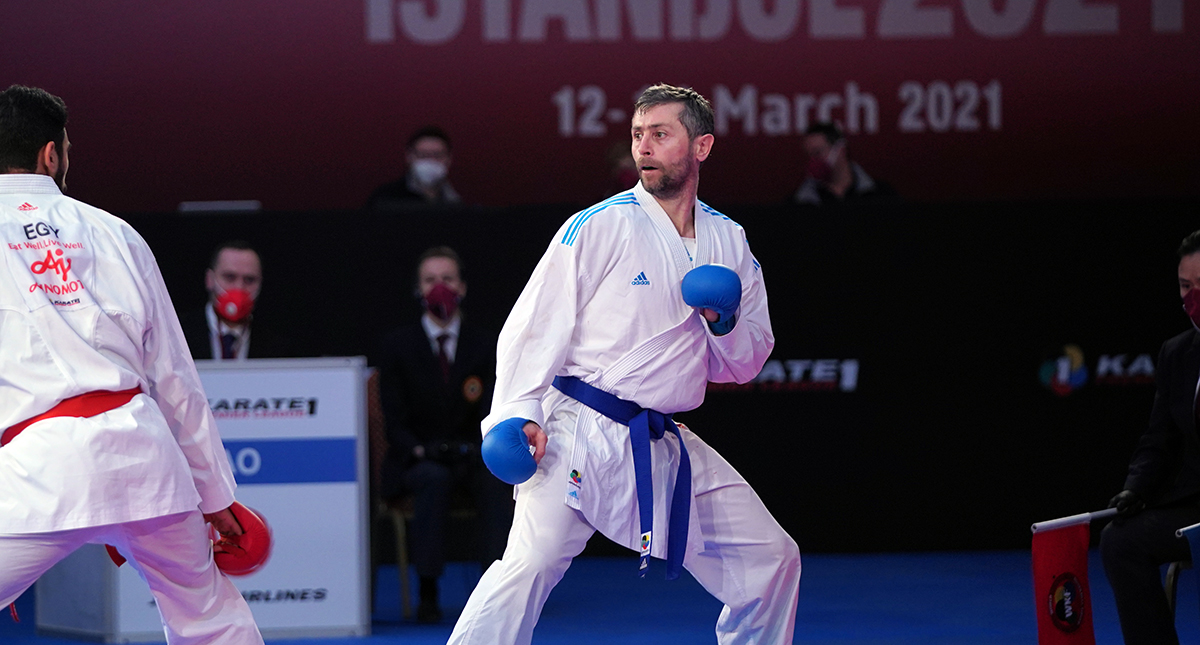 WATCH THE GALLERY OF THE 12 GRAND WINNERS CLICKING HERE!