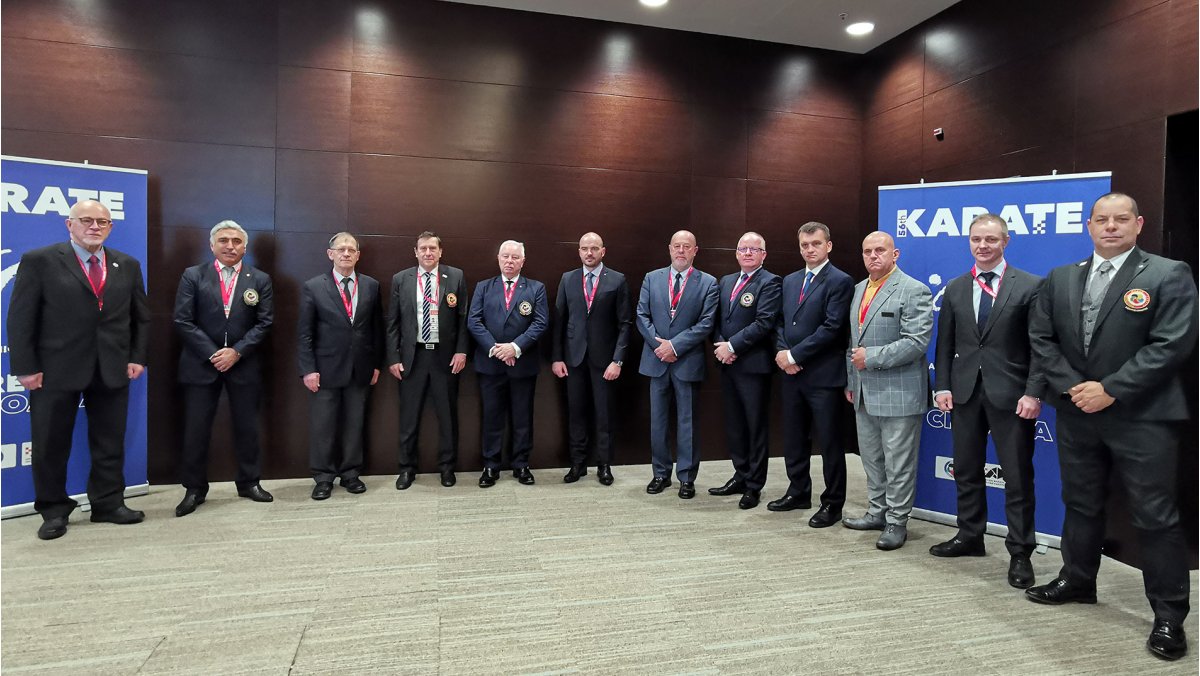 The new Executive Committee of the European Karate Federation met for the first time today after the election of members on Tuesday.

The ten representatives of European Karate’s decision-making body were elected by the EKF Congress on Tuesday, and they gathered Wednesday to usher in a new chapter in EKF’s history.

“My most sincere congratulations to the new members. The European Karate family can be sure that we will make the utmost to guarantee the continuous progress of our sport in the continent. Even during these difficult times, Karate has reached never-seen heights in terms of excellence and popularity of our sport in Europe. With our Olympic debut coming in two months, our only way is up,” said EKF and WKF President Antonio Espinós.

The top positions of the new Executive Committee were decided at the meeting. Newly-elected member Davor Cipek of Croatia was elected EKF’s Secretary General while Jiri Bocek of the Czech Republic remains as EKF 1st Vice-President; the same occurs with Wolfgang Weigert from Germany as the 2nd Vice-President, and Michael Dinsdale of England continuing as the General Treasurer.

The rest of the members of the new EKF Executive Committee under the leadership of President Antonio Espinós are: Yashar Bashirov of Azerbaijan, Francis Didier of France, Anton Gavrilov of Russia, Sergey Levchuk of Ukraine, Slavoljub Piper of Serbia, and Georg Russbacher of Austria.