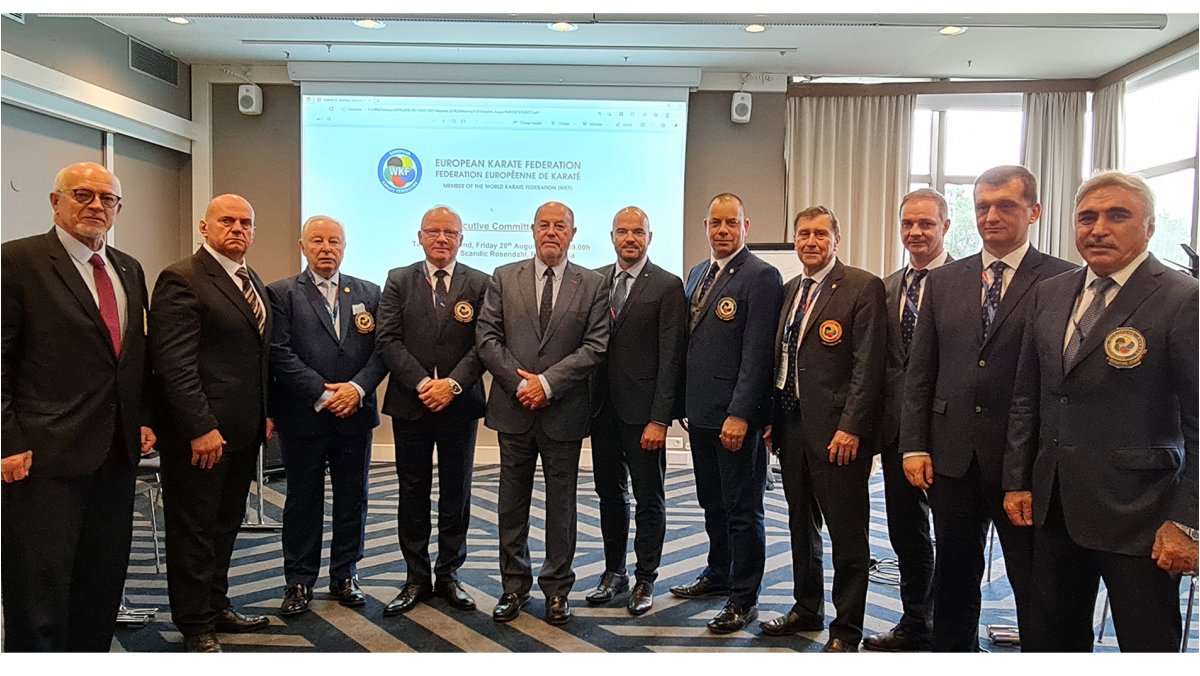 The Executive Committee of the European Karate Federation today met in Tampere (Finland) to discuss the progress of the sport in the continent.

The gathering was held in the Finnish city as the 2021 EKF Cadet, Junior & U21 Championships started today at Tampere’s Ice Stadium. It was the first meeting of the newly formed Executive Committee of European Karate’s governing body after its election in May.

The evaluation of the development of Karate in the continent was the main topic of the agenda. After the successful presentation of the sport in the Olympic Games and the impressive performance of the European representatives competing in Tokyo, with 17 medals going to European athletes, the new steps for the discipline in the region centred the discussions.

Additionally, the upcoming continental events of the sport were evaluated as the 2022 Senior Championships will be held in Turkey and the 2022 underage tournament will go to the Czech Republic.

“The strength of Karate in Europe has been demonstrated many times over, and the excellent results at the Olympic Games only come to attest that. Now it is the time for European Karate to use this success as a steppingstone for the future progress of the sport in the continent. I am sure that with the collaboration of the National Federations and the hard work of the new members of the EKF Executive Committee we will achieve this goal,” said EKF and WKF President Antonio Espinós.