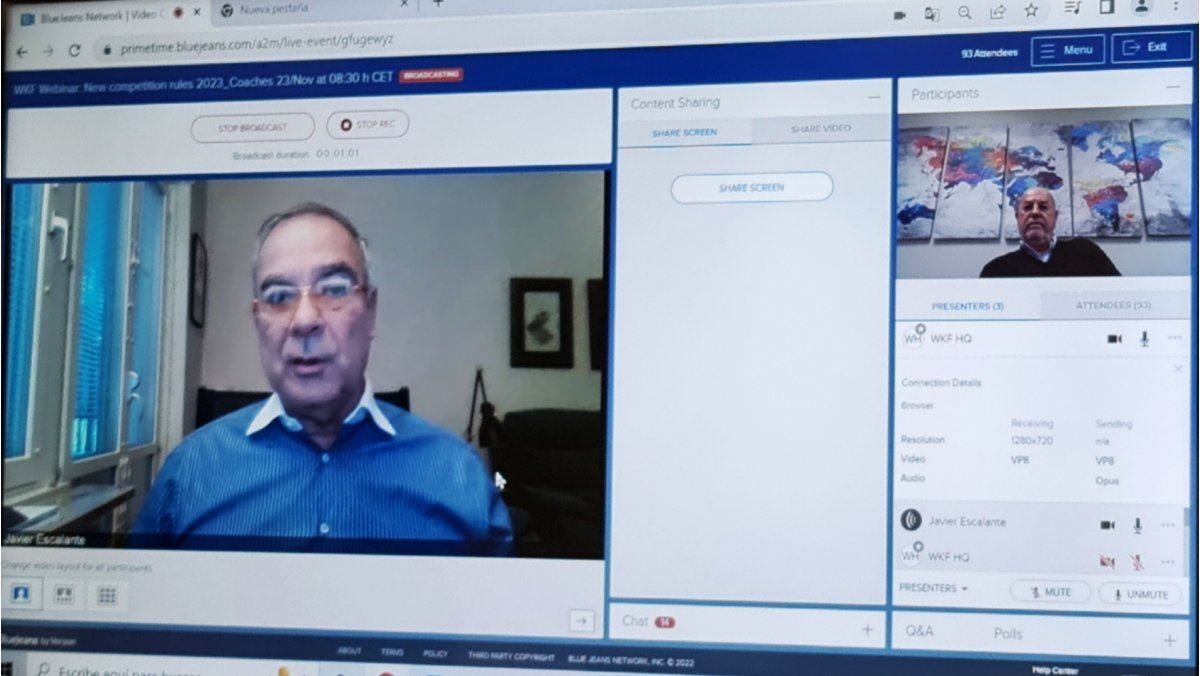 The second round of the online webinars to review the new competition rules was held today via videoconference. Organised by the World Karate Federation to increase the familiarisation of the Karate community around the updates of competition, the second round of webinars was addressed to coaches and coaching representatives of National Federations.

The webinar for coaches was held in two sessions to accommodate different time zones. As it happened on Tuesday during the first round of the activity, the webinar was conducted by the WKF Referee Commission chairman Javier Escalante. WKF President Antonio Espinós was in attendance and opened the discussions.

In its intention to modernise and improve international events, the WKF is introducing several updates to the competition rules, coming into effect from January 2023. A single line of sanctions in Kumite, the electronic scoring system by joysticks in Kumite, the WKF-approved helmet in U14 categories, and the modification of the number of judges to be considered for the Kata scores are among the new rules.

“I want to thank WKF Referee Commission chairman Javier Escalante for managing the webinar again and for being always ready to give an invaluable contribution towards the development of Karate.

“You, the coaches, are the ones who will be responsible for spreading out the new rules among all the karatekas in the world. I am sure that you will do your utmost to make the best of these new rules. These updates are created and implemented with the well-being of the competitors and the progress of Karate in mind."