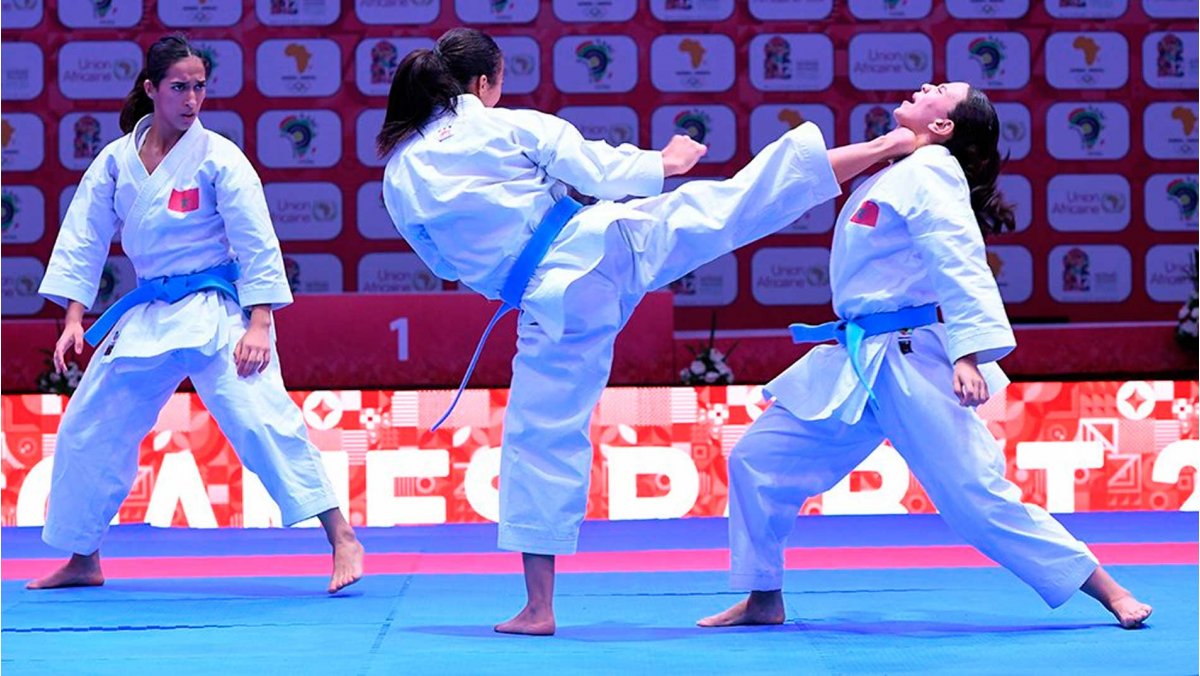 Morocco confirmed their status as major Karate powerhouse in Africa after topping the medal table of the Karate competition at the 2019 African Games. The host nation claimed a total of 14 medals including nine gold medals as the thrilling Karate tournament of the 2019 African Games concluded in Rabat.

Morocco confirmed their status as major Karate powerhouse in Africa after topping the medal table of the Karate competition at the 2019 African Games. The host nation claimed a total of 14 medals including nine golds as the thrilling Karate tournament of the 2019 African Games concluded in Rabat.

The celebrations for the organising ry started with the first final of the day. Sanae Agalmam won the first crown for Morocco and claimed back-to-back continental and African Games titles after prevailing in Female Kata. The promising Rabat-native defeated Egypt?s Sarah Sayed with a score of 26.36 in her ?Gankaku? kata while Sayed received 25.88 points.

The Moroccan delegation claimed all the titles in Individual Kata since Mohammed El Hanni extended team-mate Sanae Agalmam?s triumph as he got the crown in Male Kata. Mohammed El Hanni beat Egypt?s Ahmed Shawky in the final. The local hero took a score of 26.92 points in his ?Gojushiho Sho? kata for 26.12 points for the Egyptian representative. 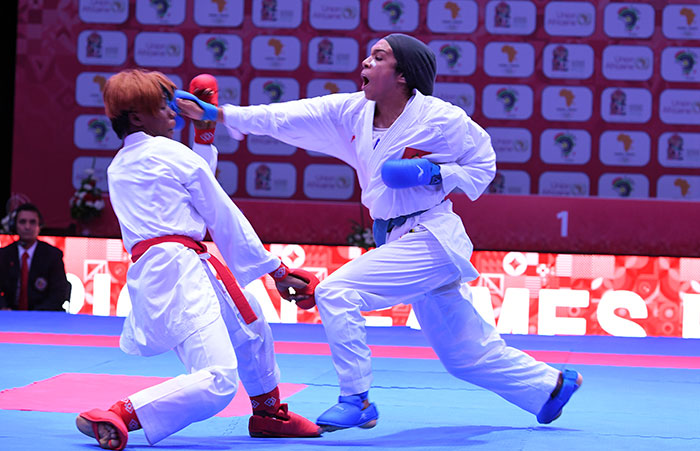 The successful performance of local karatekas continued in Kumite categories; the first final of the combat divisions also ended on Moroccan?s hands. Aicha Sayah surprised favourite Radwa Sayed of Egypt and won the crown in Female Kumite -50kg with a 4-0 triumph in the final.

The third title for Morocco was taken by Abderrahmane Eddaqaq in Male Kumite -67kg. The young karateka defeated Faical Bouakal of Algeria in the final and won one more gold medal for hosts. Team-mate Nisrine Brouk followed suit and continued her surprising performances at home. The up-and-coming karateka who had only one appearance in major international events under her belt before the African Games had made waves with her victory over favourite Lamya Matoub in semi-finals. In the final, the young competitor maintained the high level and upset front-runner Feryal Abdelaziz of Egypt. The Moroccan athlete won the title with a slim 1-0 victory. 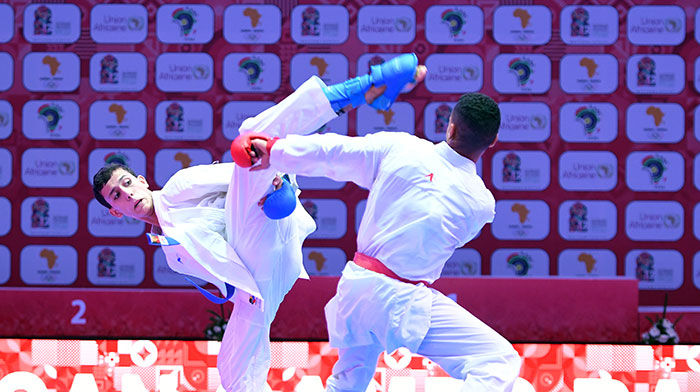 Local fan favourite Achraf Ouchen confirmed his star status and claimed the last gold medal for hosts in individual categories. The 2016 World Championships runner-up won the title in Male Kumite +84kg after beating Hocine Daikhi of Algeria by a sensational 10-2 in the final thus becoming one of the most outstanding highlights of the day.

Powerhouse nation of Egypt finished the tournament with two gold medals and in the second position of the final medal table. Yasmin Attia avenged the defeats suffered by team-mates in other categories and beat Morocco?s Khawla Ouhammad in Female Kumite -55kg. Attia who had won bronze at the UFAK Championships got the title with a powerful performance in the final (8-3).

The second gold for the Egyptian delegation was taken by Malek Salama in Male Kumite -60kg. The current continental silver medallist also upset local hopeful as the Egyptian karateka defeated Morocco?s Abdessalam Ameknassi in the final.

Algeria also had reasons to celebrate today with two gold medals. Chaima Midi became the new African Games champion in Female Kumite -61kg following a 4-1 victory in the final of Female Kumite -61kg over Boutheina Hasnaoui of Tunisia. The second title for Algerians was taken by the Male Team Kumite.

Tunisia?s Chahnez Jami took the spotlight of the last day of competition as the current continental champion managed to add the title in the African Games to her crown in the UFAK Championships. Chahnez Jami upset Egypt?s Menna Shaaban Okila by 3-2 in the final of Female Kumite +68kg.

It was not the only gold for Tunisia today since Thameur Slimani won the crown in Male Kumite -84kg. The Tunisian representative defeated Morocco?s Nabil Ech-Chaabi in the final.

The list of new African Games champions was completed with Etienne Martian Nonagni Bayomog who won the crown in Male Kumite -75kg after beating Egypt?s Abdalla Mamduh Abdelaziz by ?Hantei? or decision.

CLICK HERE to go to all the information of the African Games. 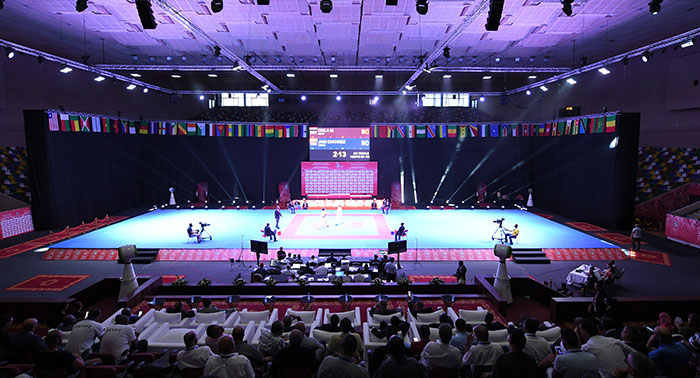