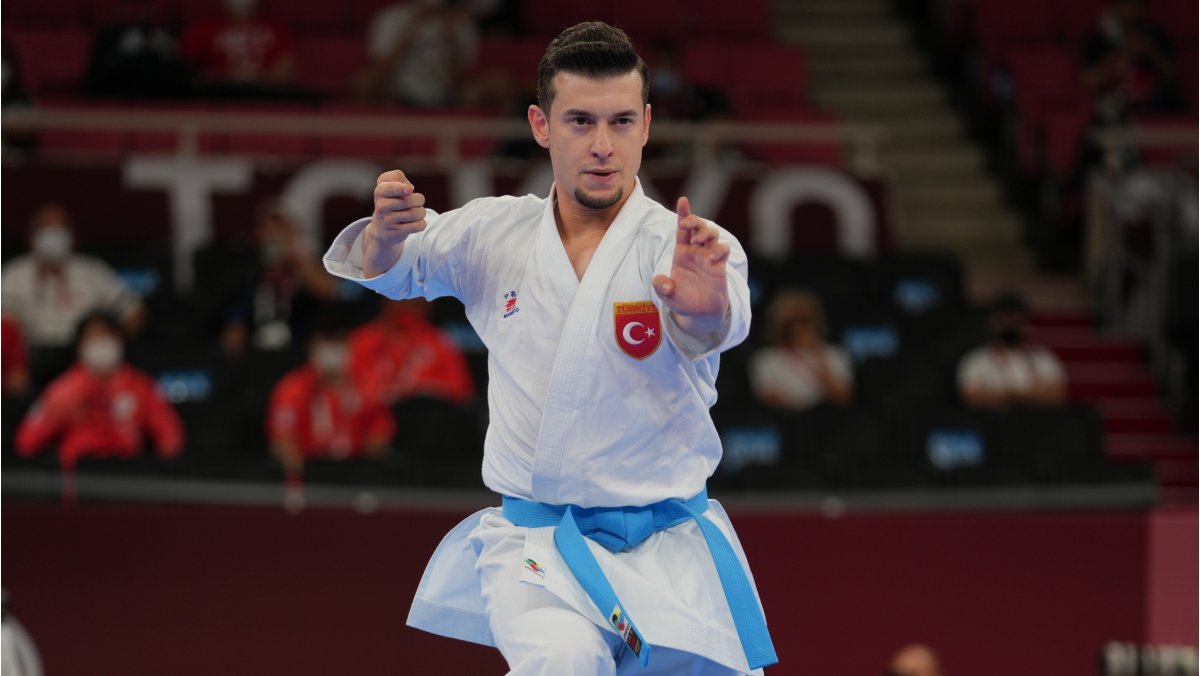 Karatekas from Morocco and Turkey were the big winners on day 1 of the 2022 Islamic Solidarity Games. The multi-sport event is being held this week in Konya (Turkey) with the Karate competition taking the spotlight on Wednesday and Thursday.

Olympic Games bronze medallist and European champion Ali Sofuoglu of Turkey opened the gold medal count for the host nation with a convincing victory in Male Kata. The number 2 in the WKF World ranking defeated Abolfazl Shahrjerd of Iran in the final.

The second gold for hosts came in Female Kumite -55kg. Number 7 in WKF World Ranking Tuba Yakan won her first gold this year after prevailing in the final of the category over Abouriche Louiza of Algeria.

The title in Male Kumite -75kg went to the powerhouse nation of Morocco as Anass Alami claimed his second gold this year after his title in Karate 1-Series A Cairo. The number 15 in the WKF World ranking defeated Iran’s Ali Asghar Asiabari in the final.

Chaimae Elhayti extended the gold medal count for Morocco as she became the champion in Female Kumite -50kg. The 2019 U21 World Championships runner-up claimed her first title in international events after edging Ouikene Cylia of Algeria in the final.

The third title for the Moroccan delegation was claimed by the Female Kata Team. The squad of the African nation beat Iran in the final.

The list of gold medallists on day 1 was completed by representatives of powerhouse nations of Kazakhstan and Uzbekistan. Kaisar Alpysbay of Kazakhstan became the champion in Male Kumite -60kg after defeating Abdullah Shaaban of Kuwait in the final.

The Karate competition continues Thursday with the final day of action from Konya.