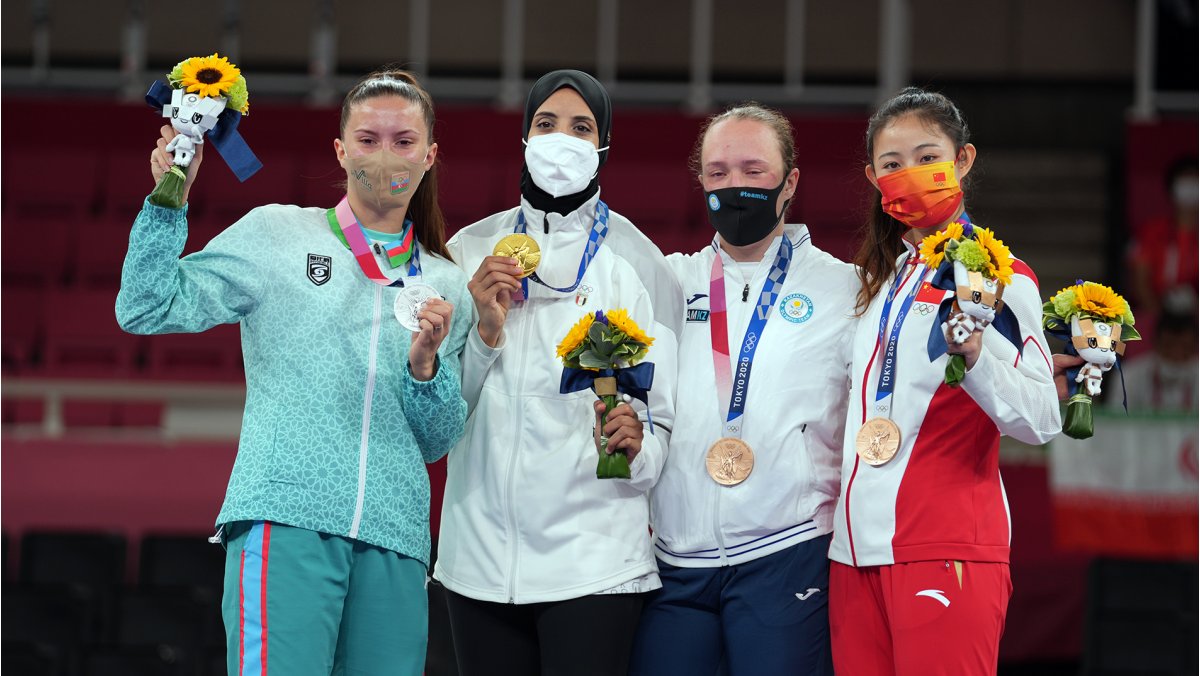 It was a tale of two extremes on the final day of the Olympic Karate competition here at the Nippon Budokan in Tokyo.

On a high note, eighth-seed Feryal Abdelaziz of Egypt pulled off what was arguably the upset of the tournament when she defeated World No. 1 Iryna Zaretska of Azerbaijan 2-0 in the final of the Women’s Kumite +61kg division.

With a bronze medal in the team event at the 2018 World Championships and an individual silver at the 2019 African Games as her biggest victories to date, today’s win was one many didn’t see coming. Abdelaziz, on the other hand, had an inkling of what was to come. 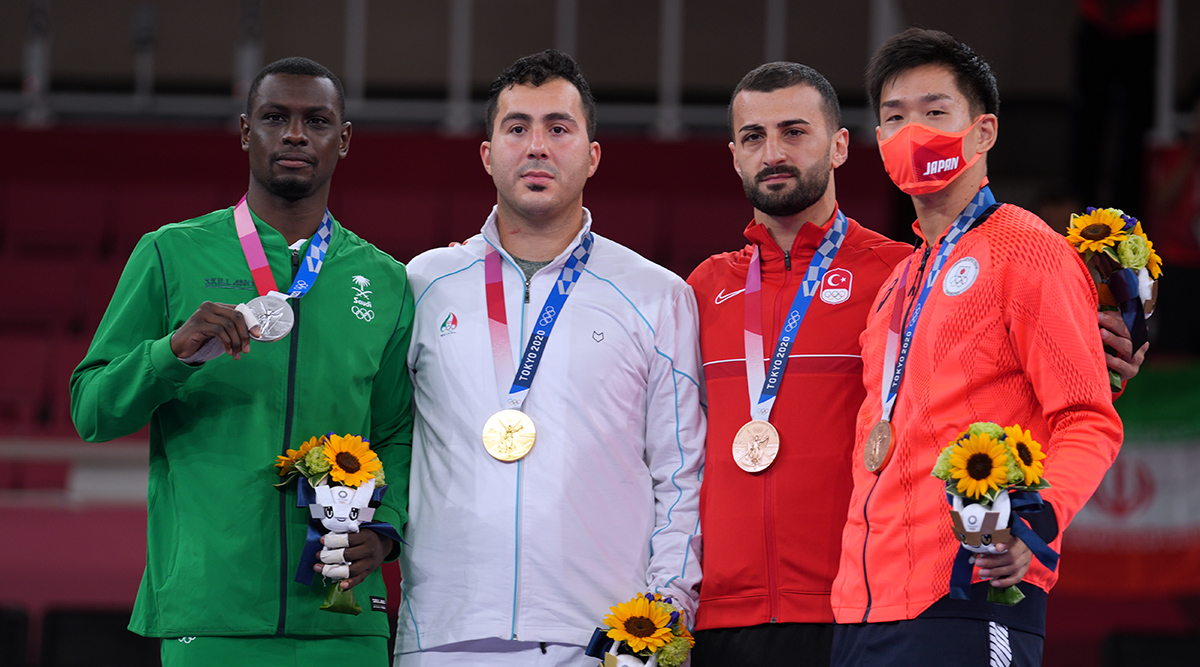 “I can’t describe my feeling, I am very, very happy,” the 22-year-old said. “I am very tired for four years and after the four years God said to me, ‘It’s the gold and you deserve it’. So thank you God and thank you to all my supporters.”

Abdelaziz finished the Elimination Round with a 2-1-1 record, which was enough to see her top Pool B and an indication of just how close the weight category was. No athlete managed to remain unbeaten in the round from either pool.

Abdelaziz continued her methodical march to the top of the podium in the medal round, doing just enough to see off Sofya Berultseva of Kazakhstan 5-4. She saved her best for last against current -68kg World Champion Zaretska, though, employing an impressive defensive display that frustrated her opponent over the full three minutes.

Zaretska was left disappointed as she appeared to land a kick at the end of the match but it was judged to have landed a second too late. 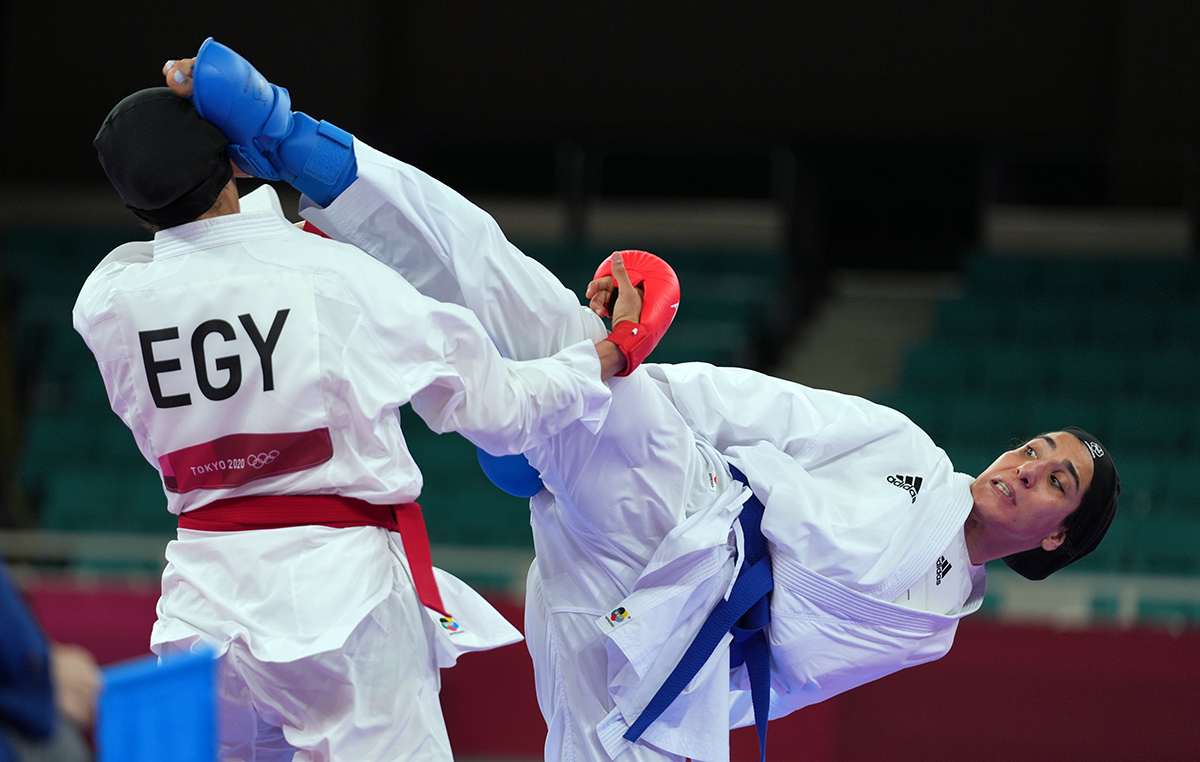 “For me, I was very scared of her leg because she has good leg kicks, so I was attentive on this and, of course, this explosion (she had) and she took two points,” said Zaretska, who had a posse of celebrity karatekas in her corner throughout the day, including good friend and fellow Olympic silver medallist Anzhelika Terliuga of the Ukraine and living legend Rafael Aghayev of Azerbaijan.

“We didn’t have a very intensive fight, so that’s why the judges just have to decide about the explosion,” she continued. “I did a very beautiful kick, my best one, but (I needed) one more second to take the score.”

The final of the Men’s Kumite +75kg division came to a dramatic conclusion as well, but for entirely different reasons.

No. 2 seed Sajad Ganjzadeh of Iran was awarded the gold medal after Tareg Hamedi of Saudi Arabia was disqualified for a powerful kick to the head that brought the Iranian to the tatami, bringing a sudden end to the proceedings with Hamedi leading 4-1. 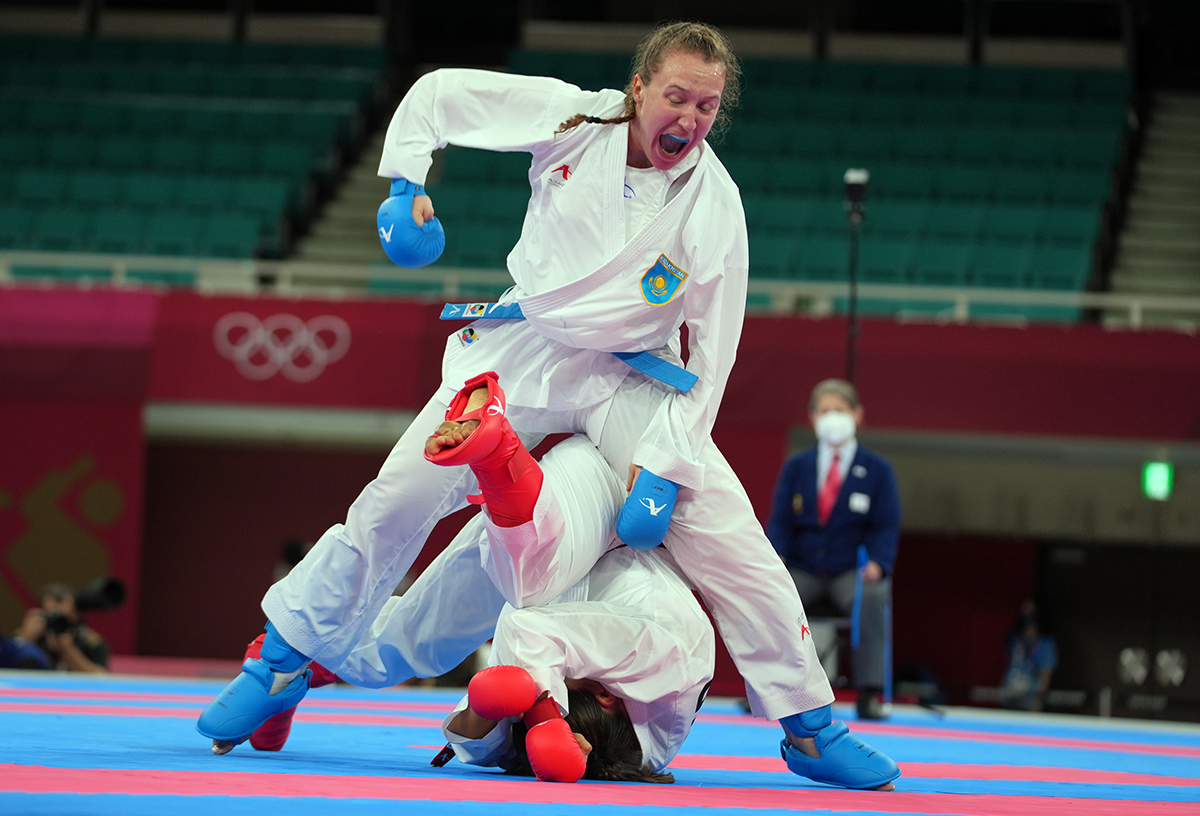 “I’m very happy that I won this gold medal,” Ganjzadeh said, “but I’m sad that it happened like this.”

“But overall, today was a very good day for me. Until the final all my matches were very good.”

Hamedi had raced out to a 4-0 lead 30 seconds into the bout and was leading 4-1 at the time of the infraction. The 23-year-old was visibly upset as he exited the competition area.

“I don’t have any objection to the decision,” he said. “I think that I competed well today, that’s all I can say.”

CLICK HERE to go to all the info on Karate’s Olympic debut. 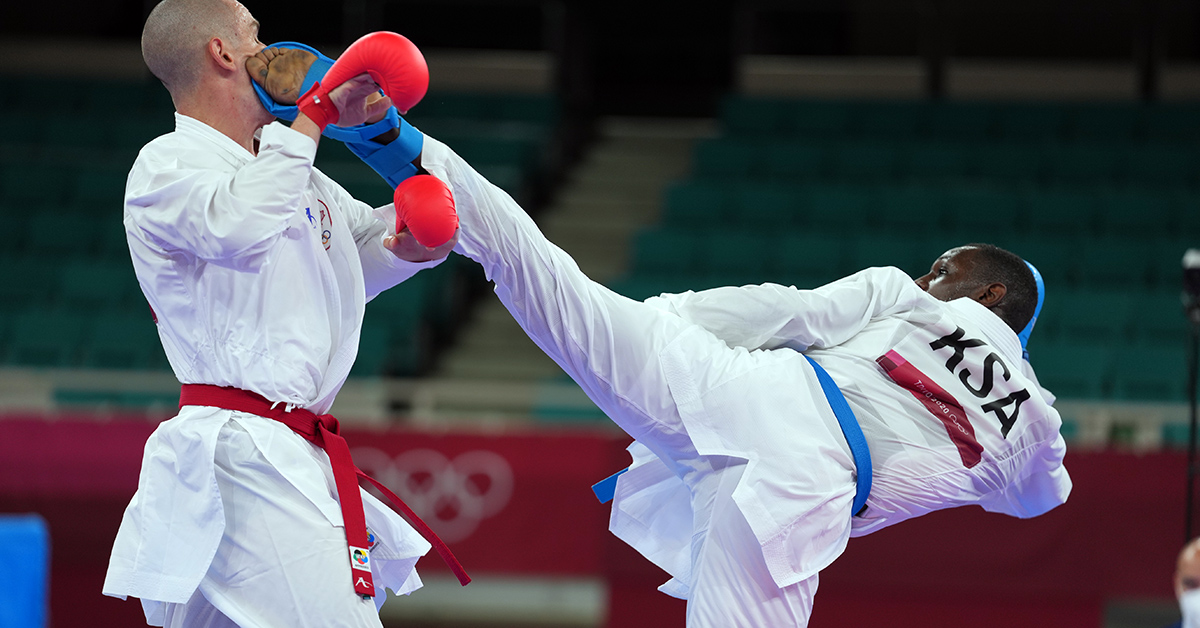