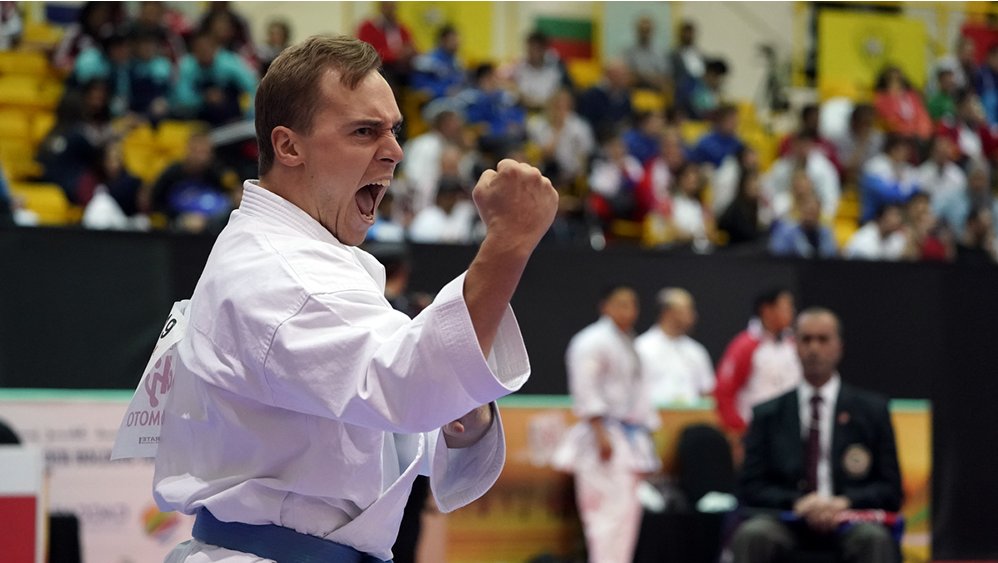 In our new web series, we introduce personalities, enthusiasts of the sport and figures of our discipline that make Karate truly unique. In our first episode, meet JESSE ENKAMP.

In our new web series, we introduce special characters, figures of our sport and outstanding personalities that make Karate truly unique. In our first episode, meet JESSE ENKAMP.

If you are a true “Karate Nerd”, you may have probably read one of his books, or followed his blog, or watched his YouTube channel, or even participated in one of his seminars.

If you are not (yet) a member of his loyal legion of followers, get to know one of the most renowned karatekas in cyberspace: Jesse Enkamp.

The 28-year-old karateka has gathered a massive online community of enthusiasts and self-proclaimed “Karate Nerds” who share the same passion for the martial art. This turned him into an internet sensation.

“I have this term called ‘Karate Nerd’ which describes a person who likes to see Karate as a limitless opportunity for self-development; not just a sport, not just a hobby, not just a business, not just a way to get in shape, but all of the above and so much more: a way of life. Everyone who thinks this way can be a ‘Karate Nerd’”, said Enkamp. 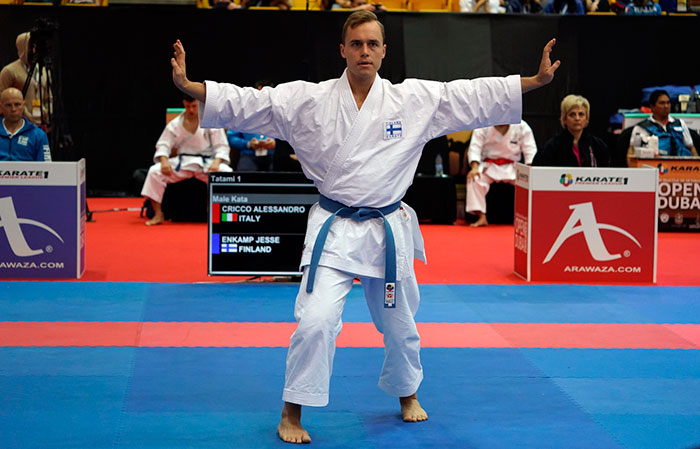 Blogger, best-selling author, athlete, entrepreneur and above all, lover of all things Karate, Jesse Enkamp is a multi-faceted professional with a wide range of abilities and experiences that would barely fit in a visiting card. At only 28-years-old, Enkamp has published four books with such colourful titles as “Break the box of Karate” and “The Karate Code: Did you ever ask yourself what Karate really means?”.

He also runs one of the most popular Karate blogs out there, “KaratebyJesse.com”, and he is the founder of the karate-gi brand Seishin International. As a competitor, Enkamp has represented the two nations of his double citizenship, Sweden and Finland in major international competitions. This weekend, Enkamp participated in the Karate 1-Premier League Dubai in the Male Kata category.

With so many experiences in so many different fields, the affable athlete is the perfect example of true success… and an incredible showcase of excellent time management. “I have been doing this for so long, that in the end everything adds up. To me, it is not about being busy, it is about being productive. I am never stressed because I always try to have a balance, and I always try to be patient because patience is the key to greatness”, he said.

DOING KARATE EVEN BEFORE BEING BORN

Son of two Karate teachers, Jesse Enkamp cannot recall the first time that he wore a karate-gi. He was just too young to remember.

“I think it was just right after I started walking. In fact, my mother was practising Karate while she was pregnant, so I was practising even before I was born!” jokes the Swedish-Finnish Karate enthusiast. 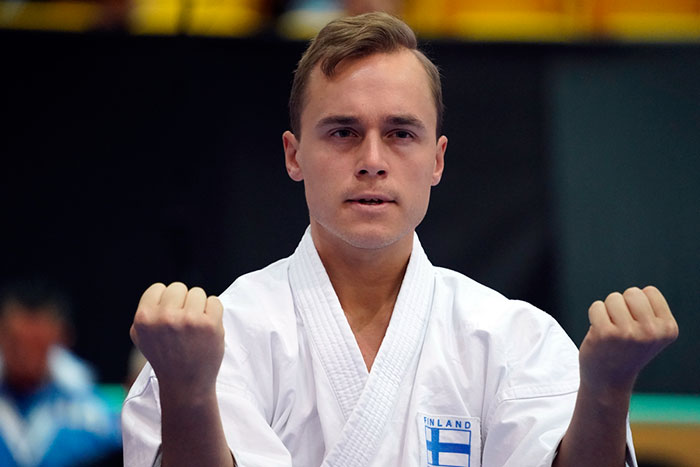 Being that so, Karate has always played a key role in Enkamp’s life, and Karate has always been in the background of his existence. As he puts it, “Growing up, me and my little brother Oliver would spend our days kicking each other’s butt in our parent’s martial arts centre, in Stockholm, Sweden”.

“For as long as I can remember, Karate has been the central focus of our family. We talk about it during dinner, after school we used to go to trainings… so for us, it has always been all about Karate,” he said.

OKINAWA AS A LAUNCHING RAMP

Enkamp reckons that a trip to Okinawa, to study at Okinawa University and to improve his Karate skills, was a game-changer for him. “I decided to explore myself since I was living there to train with different masters. I started documenting my experiences and observations in my blog. More and more people started to find my writings interesting and they found a window to Okinawa. And that’s when the blog really grew,” said Enkamp who did not expect to have such an impressive response from Karate fans all over the world.

“I try to give a 360º perspective of Karate: kata, kihon, kumite, bunkai, history, language, tradition… To me, all this is what makes Karate so fascinating. I cannot believe that it would touch so many people” he added. 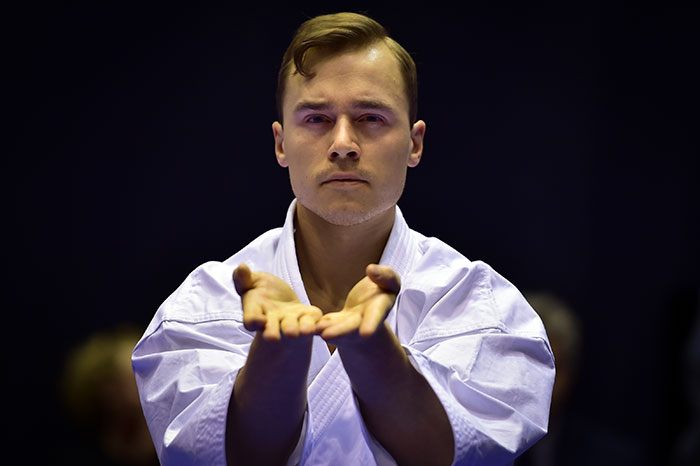 Now, one of his main goals is to find the modernity in Karate while keeping the essence and traditions of the martial art.

“I always try to combine the so-called ‘modern Karate’ with the tradition, the so-called ‘old-karate’ and I try to connect them, so a modern karateka can see the value of tradition, and the traditionalists can see the value of the modernity; in the end what I want is that we all practise together with the same goal of self-development,” declared the Kata competitor who is also very aware of the bright future of the discipline.

“The Olympic Games will be perfect for people who love to compete in Karate, and they deserve to compete at the highest level. But it is also important not to lose the essence of what Karate truly is," he said.

While Jesse Enkamp hopes to continue his success in the many levels of his life, the talented and creative athlete has a message for all of those who, like him, want to make the most of their lives.

“You were not born to fit in, you were born to stand out, and you should strive to make an impact in this short time we have on earth. People are afraid to be the nail the stands out. They want to fit it. I want to share my experiences because they may feel the same but maybe they are too afraid to speak up. This is the way for me to connect people.”