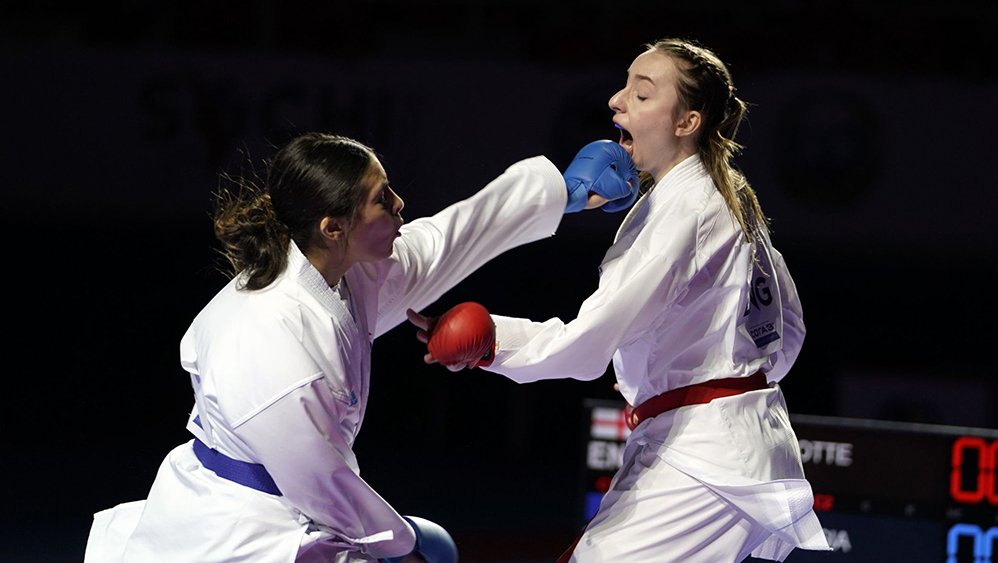 Over 2600 young karatekas from 67 countries all over the world are gathering this weekend in the last major Karate event of the season. The Karate 1-Youth League Caorle-Venice wraps up a memorable year for the sport with a massive and record-breaking celebration of Karate values.

Over 2600 young karatekas from 67 countries are gathering this weekend in the last major Karate event of the season. The Karate 1-Youth League Caorle-Venice wraps up a memorable year for the sport with a massive and record-breaking celebration of Karate values.

The most-attended top Karate event of the season is showcasing the remarkable impact of the sport in young ages and the tremendous popularity of the modality among the younger athletes-to-be. The Karate 1-Youth League in Venice is also an opportunity for powerhouse nations of the sport to demonstrate the progress of their grass-roots programmes.

After the first sessions of the competition, representatives of Russia, Slovakia and Azerbaijan are dominating the tournament with three gold medals respectively. No less than 12 countries are claiming gold medals in the competition thus far, while 27 nations from four continents are taking home any of the awards at stake at the event thus demonstrating the universality of the sport.

France’s Assia Oukhattou, who had made history for the sport as one of the athletes participating in the historic Youth Olympic Games in Buenos Aires put the finishing touch to a memorable season with a gold medal in Caorle-Venice. The young French karateka prevailed in Female Junior Kumite -59kg, a category which was dominated by athletes from the European powerhouse nation, with three out of the four medals going to France.

In Kumite categories, Ivana Kamenova of Bulgaria won her third medal in Karate 1-Youth League this year after her bronze medals in Umag and Cancun and the gold in Female Kumite Junior -53kg in Caorle-Venice. Meanwhile, Federico Sereno gave hosts of Italy more reasons to celebrate with his victory in Male Junior Kumite -61kg, the second gold for the organising country thus far.

The massive event will conclude on Sunday with the rest of the categories at stake.