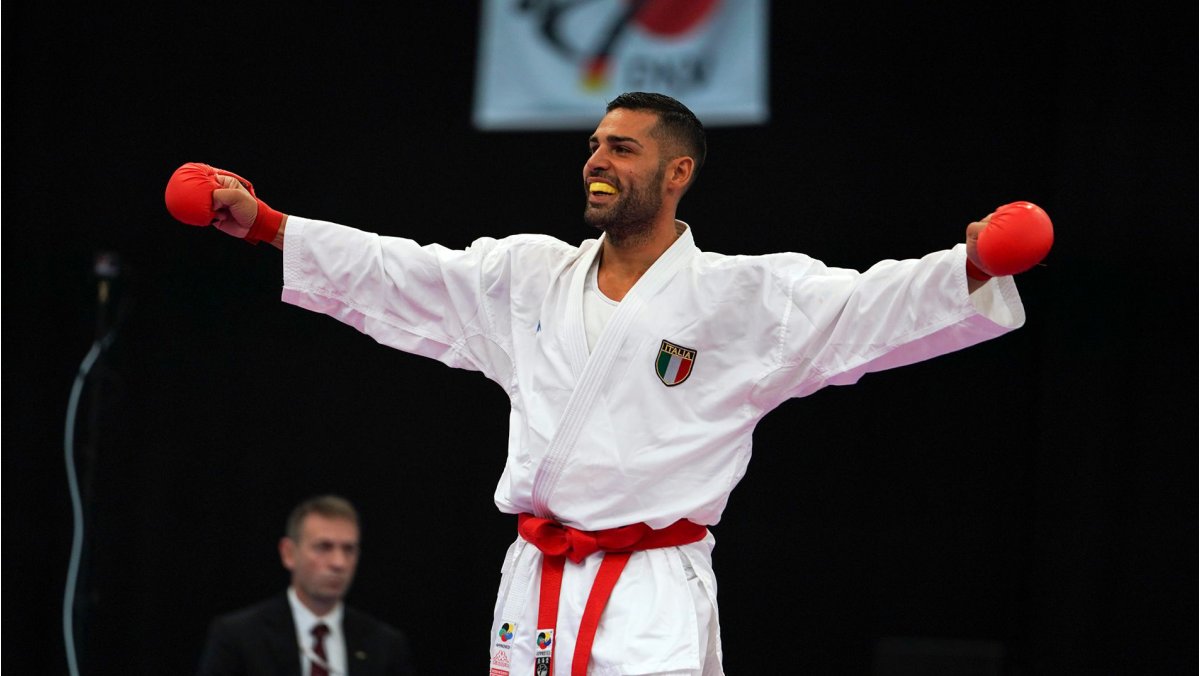 The Italian fan favorite nicknamed 'Il Gorilla' hopes he will be beating his chest in triumph at the Olympic Games.

The Italian fan favorite nicknamed ‘Il Gorilla’ hopes he will be beating his chest in triumph at the Olympic Games.

Luigi Busa can’t wait to go to Tokyo for Karate’s inaugural Games, where 82 karatekas will participate in the sport’s competition, running from 5-7 August.

“I am very happy with Karate being at the Olympics because we have been waiting for it for too many years. It is a fantastic sport,” says Busa, one of the world’s most popular karatekas who boasts a large social media following.

“I’m very excited to compete on an Olympic tatami and, of course, I dream of winning a medal in Tokyo. I am working hard for it.” 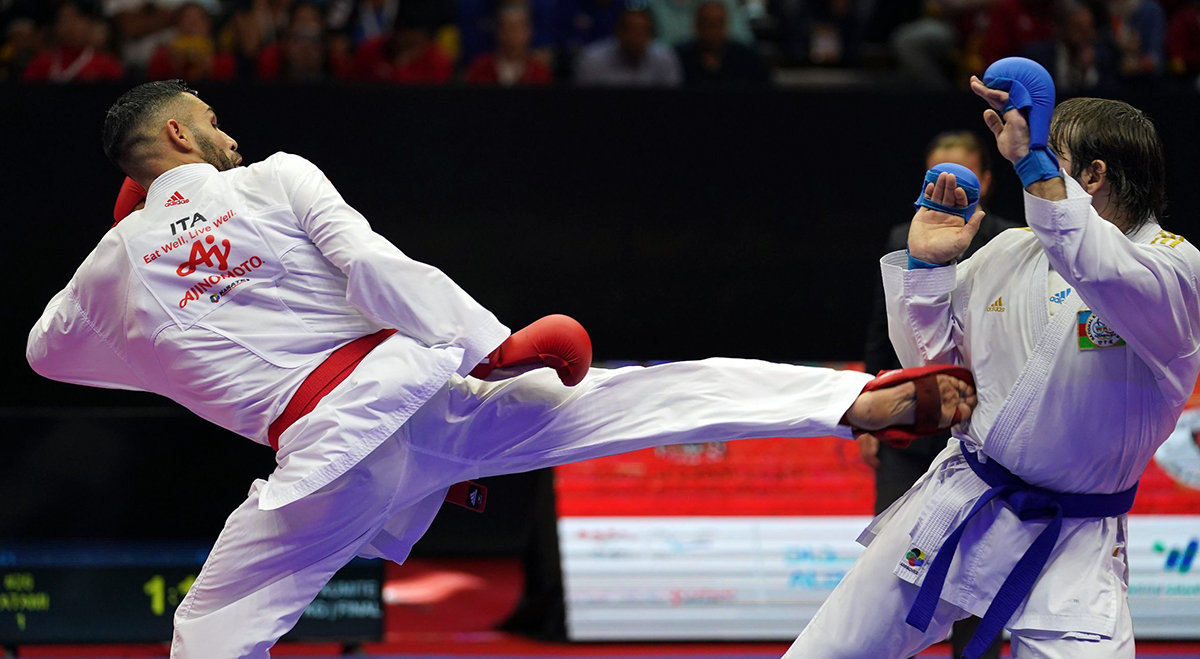 The two-time World Champion finished second in the World Karate Federation (WKF)’s Olympic rankings in male Kumite -75kg. Despite a successful career, Busa admits his route to the Olympic Games was no easy ride.

“The qualification for an Olympic ticket was really tough,” he says. “It was two years of competitions where you could make little mistakes. The most difficult challenge was to win a medal and stay focused to win another one and score points.”

Now the 33-year-old is hungry for a gold medal in Tokyo and says he has the ambition “of giving my best and expressing good Karate.”

The Sicilian legend is keen to put on a thrilling show for Japanese and global fans of the sport – and to add to his glittering collection of medals.

The 5-Dan black belt in Shotokan first served notice of his talent when he won bronze at the 2003 World Cadet Championships. In 2006, at the age of 18, Busa claimed his first world title and has since racked up the silverware, bagging five continental titles and a second world crown in 2012. He also has seven gold medals at Karate 1-Premier League events to his name. 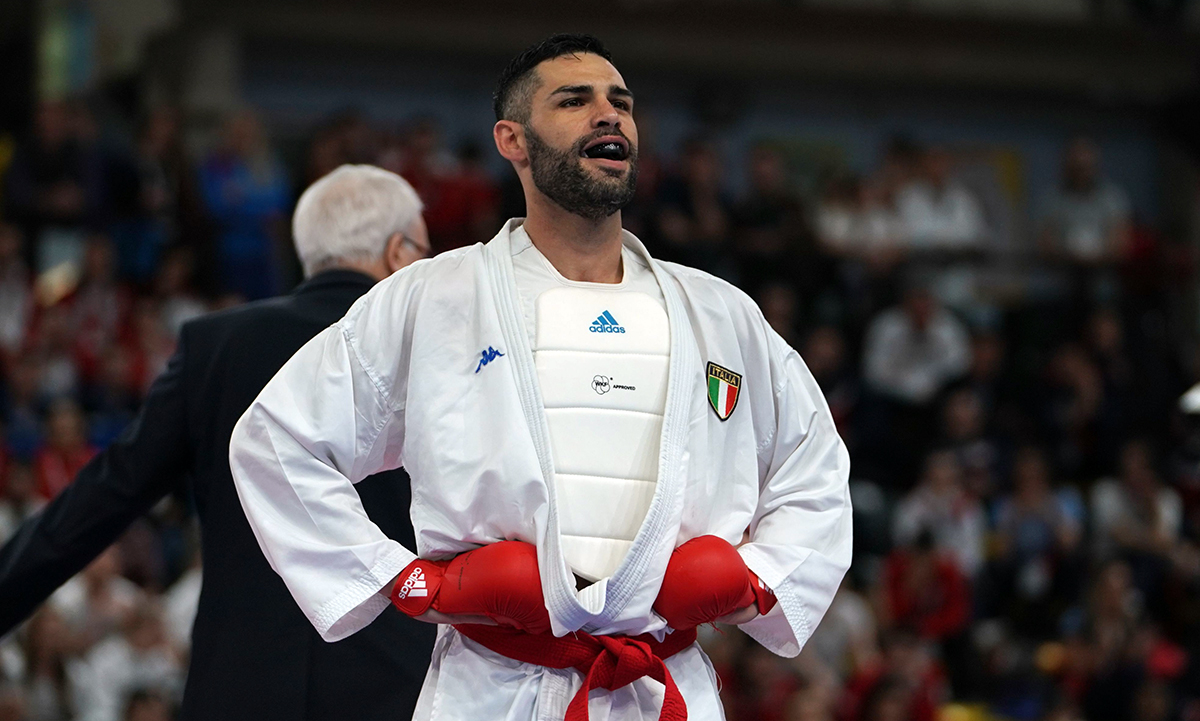 Busa won silver in the men’s Kumite at the 2015 European Games in Baku, Azerbaijan, beaten by his nemesis Rafael Aghayev.

It was Aghayev who the Italian Karate star downed to win the 2012 world title. The 36-year-old Azerbaijani, a five-time World Champion who also boasts 11 European titles, is widely considered one of the greatest Karate athletes and has been a thorn in Busa’s side for many years.

Busa, the flamboyant karateka from Avola in the province of Syracuse, is set to come up against his archrival again in Tokyo.

“Rafael will be one of my big rivals in Tokyo, but all guys can win a medal there,” Busa says, admitting that fierce competition will come from all opponents.

“I respect my opponents and Rafael. I would like a good challenge with him.

“Of course, I will be happy if I beat him because I have so much respect for Rafael.”

Asked who else will be hard to beat in the Kumite -75kg division, he adds: “The real opponent in Tokyo will be myself. If I feel good, I can win a medal because all the guys are stronger in Tokyo.” 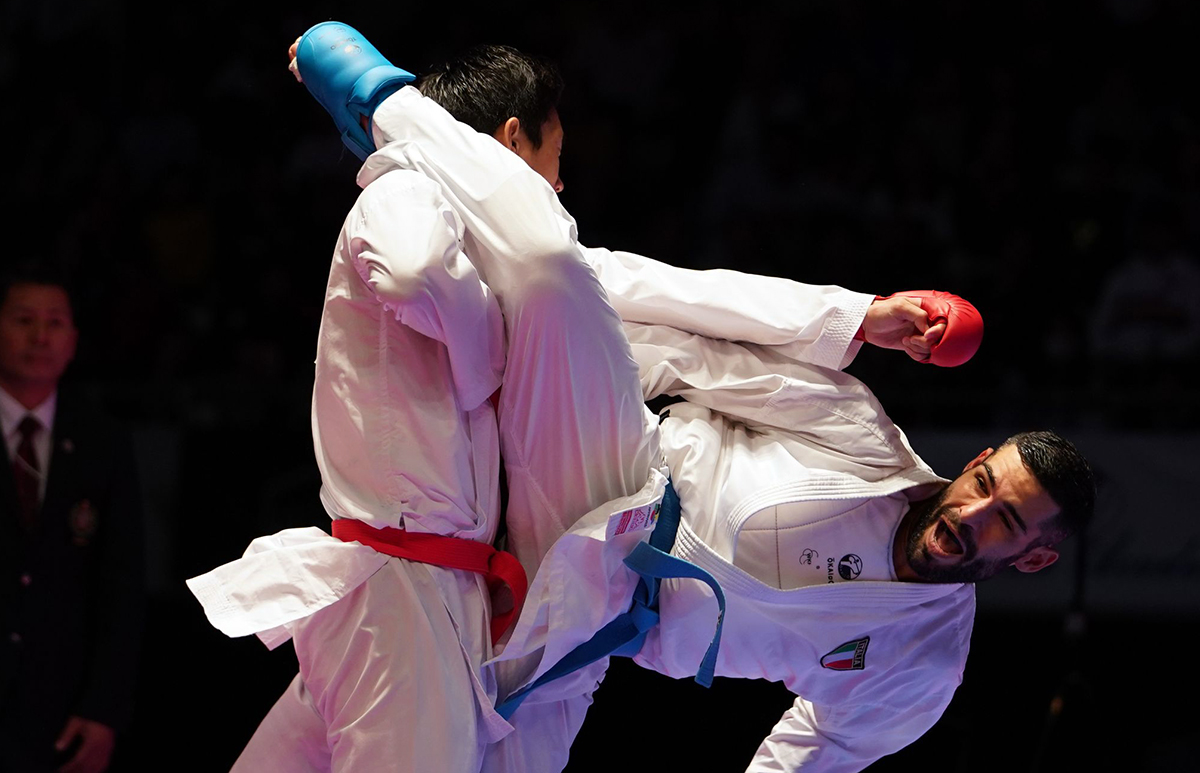 Busa heads to Tokyo 2020 knowing he has the support of his nation behind him. And, of course, that of the fighters and coaches at his home club C.S.Carabinieri.

Karate is in his family’s blood, too, and they’ll be rooting for him all the way in his quest for gold in the Japanese capital. His wife Laura Pasqua, a member of the Italian national team, is doubtless his biggest fan.

But it is perhaps Busa’s father, Nello, a 7-Dan black belt and national coach, who will provide most inspiration for Il Gorilla’s Olympic endeavors.

“My family is very important in my career,” Busa says. “My father was my first teacher and thanks to him I have become one of the strongest in the world.” 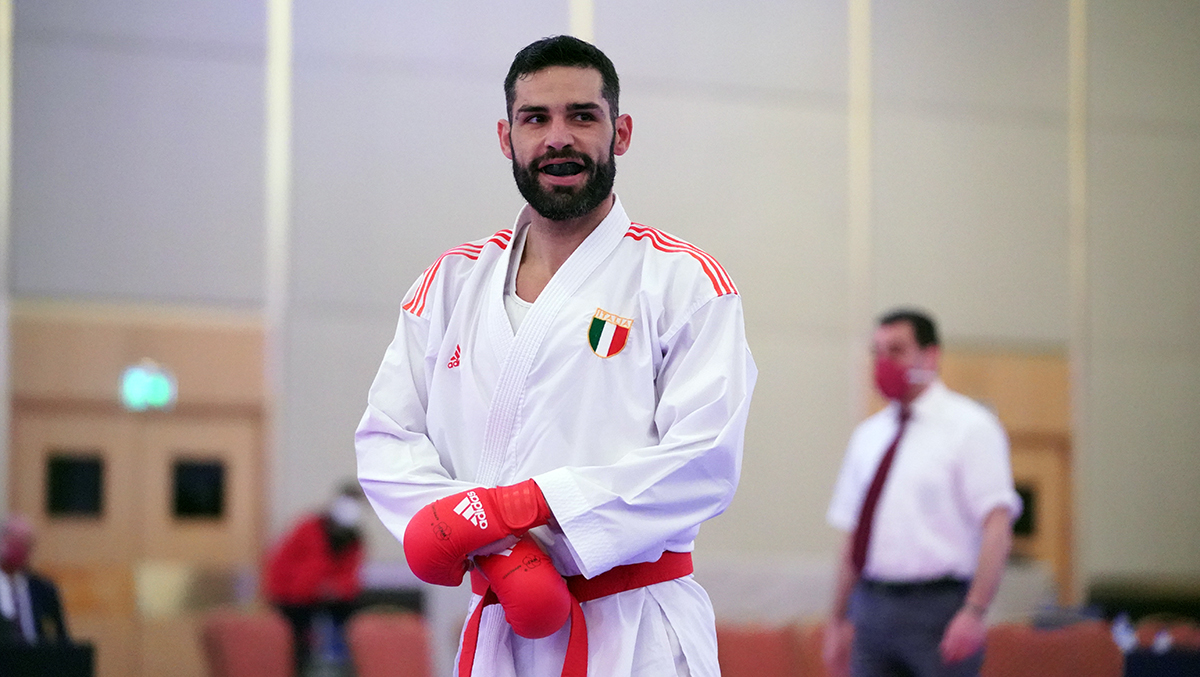