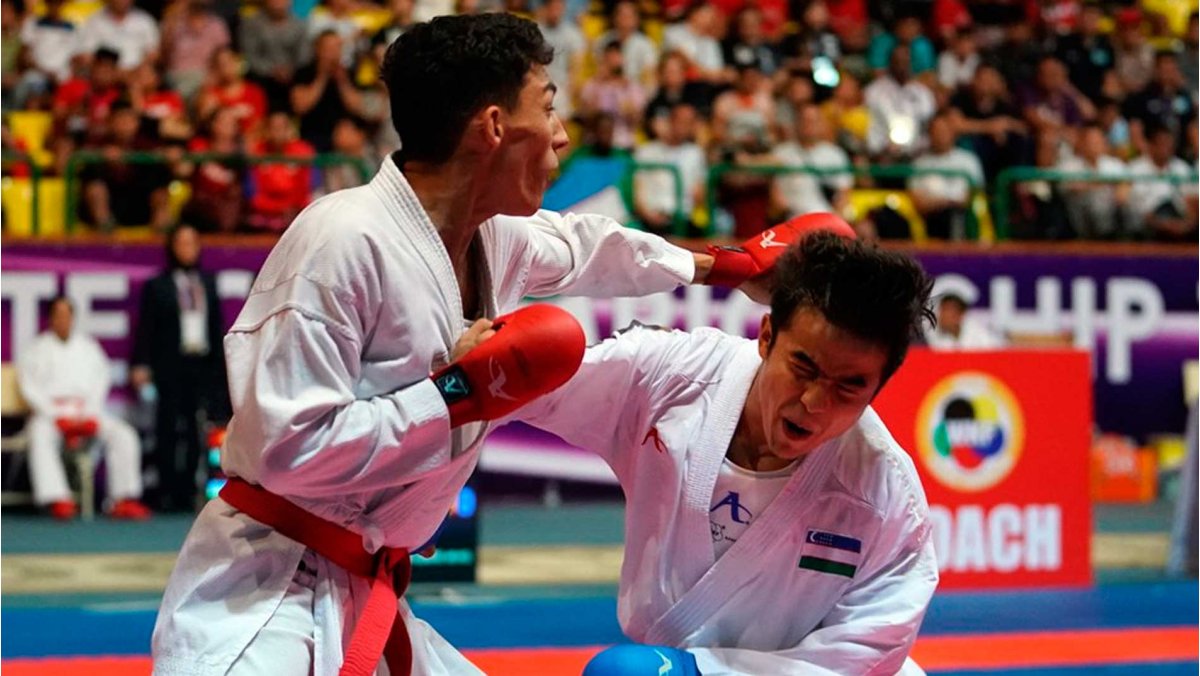 Top Karate athletes from Uzbekistan, Iran, and Japan were the big winners of the second day of competition of the 2019 AKF Senior Karate Championships being held in Tashkent (Uzbekistan). Local karatekas especially delighted the home crowd since they went to win three continental crowns today.

Karate athletes from Uzbekistan, Iran, and Japan were the big winners of the second day of competition of the 2019 AKF Senior Karate Championships being held in Tashkent (Uzbekistan). Local karatekas delighted the home crowd since they went to win three continental crowns today.

The gold medal for hosts started in Female Kumite -50kg. Bakhriniso Babaeva took the flag of the organising nation to the top of the podium after edging World champion Miho Miyahara of Japan 8-8 in a sensational final. In one of the biggest upsets of the day, Babaeva won her first international title since the Uzbek karateka had only taken one silver and one bronze medals in international competitions thus far.

The celebrations for Uzbekistan continued as the biggest star in the ry also won gold. Sadriddin Saymatov prevailed in Male Kumite -60kg and claimed his first continental title after getting bronze and silver in the two previous editions. The former Grand Winner defeated Kyrgyzstan’s Rafael Akbarov in the final 6-2.

The third gold for the Uzbek delegation was claimed by Nodira Djumaniyazova in Female Kumite -68kg. In her first appearance in international competitions, the young karateka surprised favourites and became new continental champion after taking an impressive 7-3 victory over Indonesia’s Ceyco Georgia Zefanya. 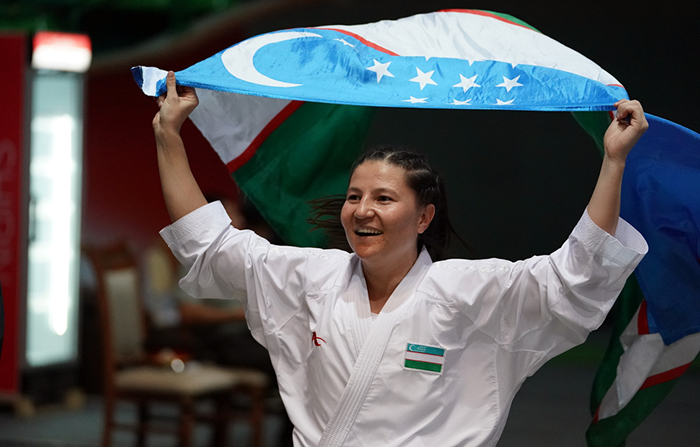 Japanese representatives confirmed the predictions and registered a phenomenal performance in Kata categories. The karatekas from the birth nation of the sport dominated the competition and won the gold medals in all the Kata categories, with Ryo Kiyuna winning the title in Male Kata and Kiyou Shimizu prevailing in Female Kata, while the two Japanese squads took the title in the team competition.

It is the fourth consecutive continental crown for Ryo Kiyuna who continues adding titles to his outstanding career. The three-time World champion defeated Indonesia’s Ahmad Zigi Zaresta Yuda in the final after excelling with his “Ohan Dai” kata and receiving a score of 27.02 (for 25.48 of the Indonesian karateka).

Kiyou Shimizu also retained the title and won her seventh medal in seven events this year. The two-time World champion beat Mo Sheung Grace Lau of Hong Kong in the final with a score of 25.56 in her “Chatanyara Kushanku” kata for 25.54 of the representative of Hong Kong. 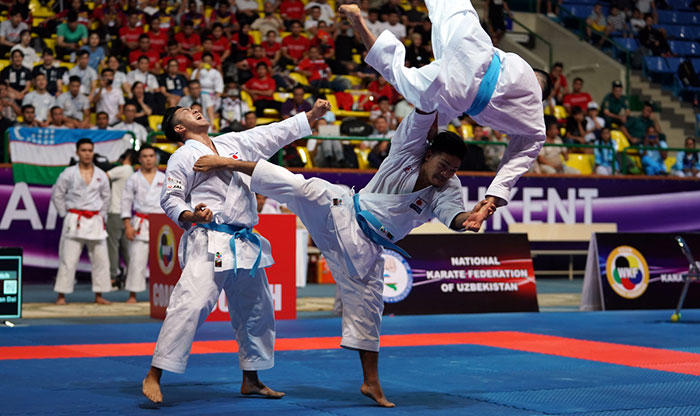 In the team competition, Japan upset Iran in Female Team Kata while the Japanese side won gold in Male Team Kata after edging Malaysia.

The Iranian delegation also had reasons to celebrate since the powerhouse nation of the sport finished the day with three gold medals. Travat Khaksar prevailed in Female Kumite -55kg following a convincing 6-0 victory over local hopeful Sevinch Rakhimova. In Male Kumite -84kg, Zabiollah Poorshab used his favourite status to win the crown after edging Jordan’s Mahmoud Sajan in the final (1-0). 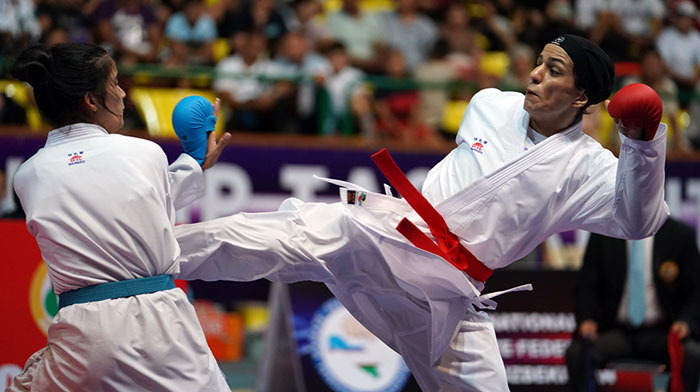 The last title of the day for Iranian representative came in Female Kumite +68kg. Hamideh Abbasali retained the title to take her third continental crown. The Iranian karateka defeated Kazakhstan’s Sofya Berultseva in the final 4-2.

In the rest of the categories at stake today, Xiaoyan Yin demonstrated once again to be one of the karatekas in best form of the international scene. The Chinese World Championships runner-up won her fourth title this year with a victory by “Hantei” or decision over Iran’s Rozita Alipoureshka.

Kazakhstan’s Andrey Aktauov with his title in Male Kumite -55kg and Tareq Hamedi of Saudi Arabia with his victory in Male Kumite +84kg completed the gold medal of the day. The tournament continues on Sunday with the final day of action. 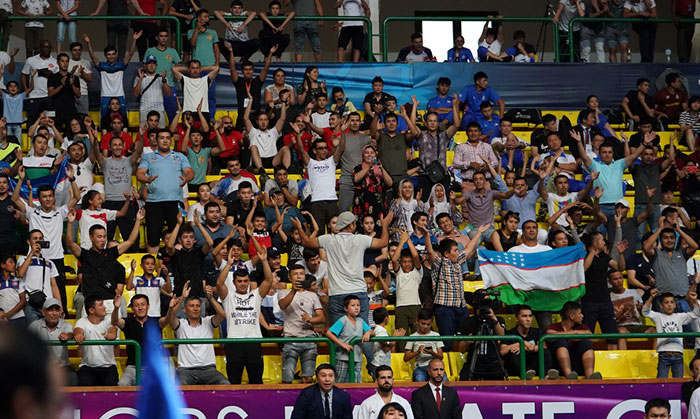