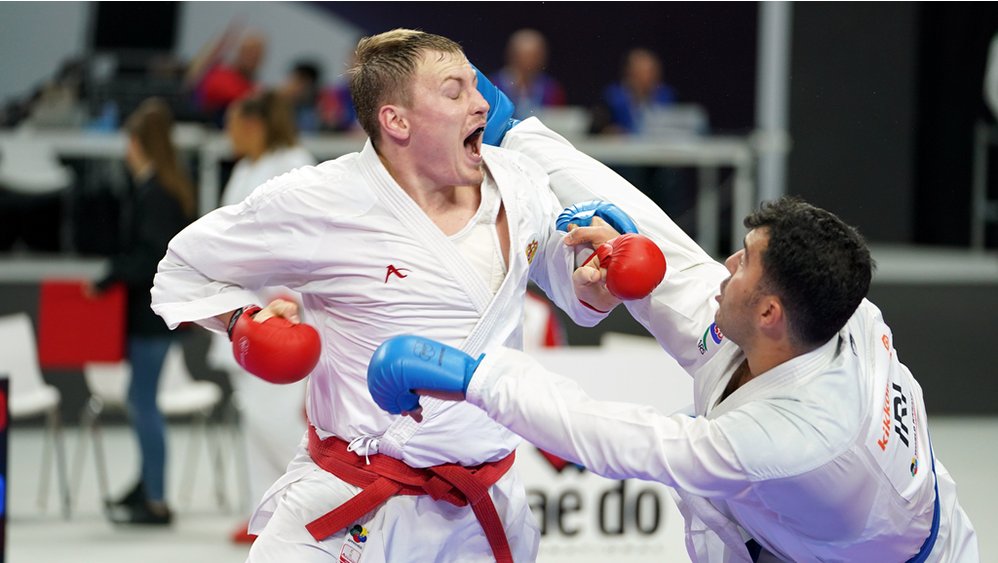 The Kumite competition of the first day of action of the 2018 Karate World Championships ended with new names of the sport hoping to be crowned as new kings and queens of the sport. The universality of the sport was also showcased today with representatives from eight different countries reaching the title-deciding bouts.

The Kumite competition of the first day of the 2018 Karate World Championships ended with new names of the sport hoping to be crowned as new kings and queens of the sport. The universality of Karate was also showcased today with representatives from eight different countries reaching the title-deciding bouts.

In Female Kumite +68kg it was history repeating. Ayumi Uekusa of Japan and Eleni Chatziliadou of Greece will clash for gold in a repetition of the final of two years ago in Linz. In the previous World Championships, the victory went to Japan as Ayumi Uekusa won the title with a 2-0 victory in the final match.

This time, current World champion Uekusa demonstrated efficiency on the tatami and reached her second consecutive World Championships final after dominating the pool (4-0 in three bouts) and after beating France’s Anne Laure Florentin in semi-finals (2-0). 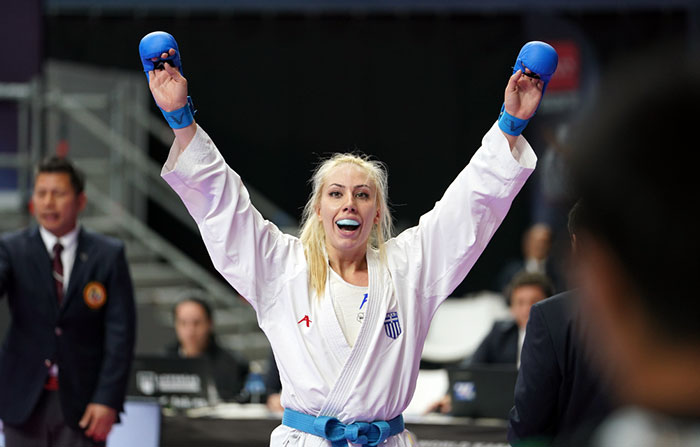 As it happened in Linz two years ago, Greece’s Eleni Chatziliadou sailed to the final of the tournament following a forceful demonstration. The current silver medallist prevailed in the pool with 16-3 in three bouts and upset Shymaa Abouel Yazed of Egypt in semi-finals (3-2).

“I don’t have words to explain what I am feeling right now. It is an unbelievable feeling. I have worked so much to be here. It is the first time in my life that I have the support of sponsors now that we are an Olympic sport. Before, it was just me and it was like a hobby. Now I am just trying to make my Olympic dream come true. I will try to make the impossible, possible,” said Chatziliadou who had one person to dedicate this triumph: “My father and coach. Without him, I would not be here”.

Germany’s Jonathan Horne and Sajad Ganjzadeh of Iran will compete for gold in the final of Male Kumite +84kg. The two accomplished karatekas used their experience to make it to the title-deciding bout after forceful demonstrations on the tatamis of WiZink Center sports hall. 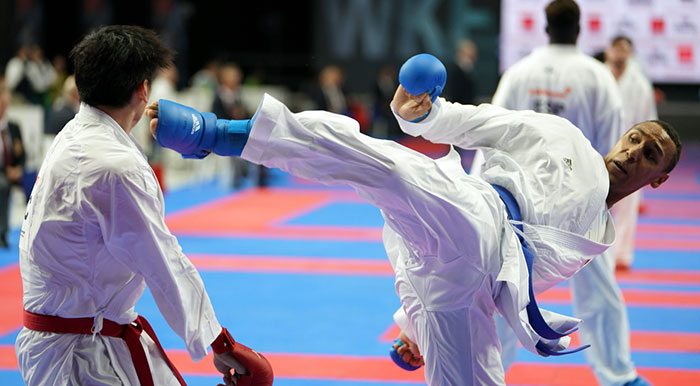 The 29-year-old karateka from Germany qualified for the final after prevailing in the pool round with a tally of 19-7 in four bouts and following a hard-fought victory over Spain’s Babacar Seck Sakho.

It is the first time that the experienced German karateka reaches the final stage of the World Championships in six appearances. His best result at Katate’s biggest competition was in 2008 in Tokyo, where the recently-proclaimed Grand Winner earned the bronze medal.

In another showcase of offensive Karate, Iran’s Sajad Ganjzadeh qualified for the final of the category. The 26-year-old karateka took the pool with 19-6 in four bouts, and the defending World title-holder beat Russia’s Alexander Pshenitsyn 8-1 in an outstanding semi-final clash.

Sajad Ganjzadeh is current title-holder after his victory in Linz 2016. Previously, he had taken the silver medal in Bremen 2014.

Two karatekas who have never reached the final stages of World Championships will clash for the title of Male Kumite -84kg in Madrid. Ukraine’s Valerii Chobotar and Croatia’s Ivan Kvesic achieved the highlight of their careers with their qualification to the last bout of the competition. 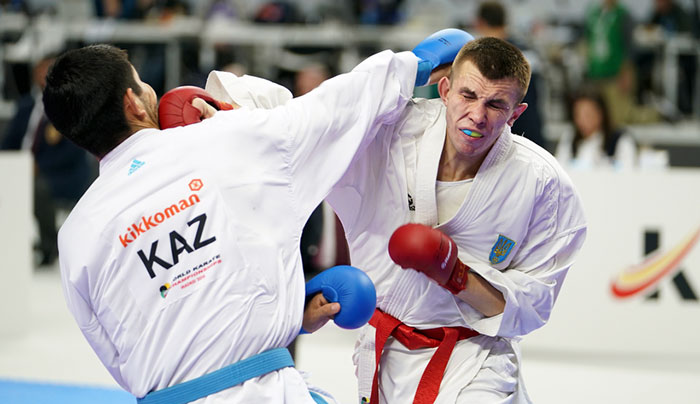 Valerii Chobotar made it to the final after completing the pool round with 18-7 in five bouts and beating Kazakhstan’s Daniyar Yuldashev in semi-finals by ‘Hantei’ or decision. It is the first time that the 25-year-old karateka reaches the medal phase of a competition since the bronze he won this year in Karate 1-Premier League Dubai.

Meanwhile, Croatia’s Ivan Kvesic qualified for the final following his triumphant performance in the pool round (21-4 in four bouts) and his 2-1 victory over Turkey’s Ugur Aktas in semi-finals.

The 21-year-old karateka who took the bronze medal in Karate 1-Premier League Tokyo barely one month ago, has the silver medal in the 2018 European Championships as the best result.

The final of Female Kumite -68kg will have Azerbaijan’s Irina Zaretska facing Russia’s Victoria Isaeva, in another clash of young karatekas reaching their first title-deciding stage of World Championships.

Irina Zaretska had claimed bronze in the 2014 World Championships and became underage World champion in 2013. This time, the 22-year-old karateka continued her impressive season with the qualification to the final after finishing the pool with 17-3 in four bouts and beating Ukraine’s Halyna Melnyk (3-2) in semi-finals. 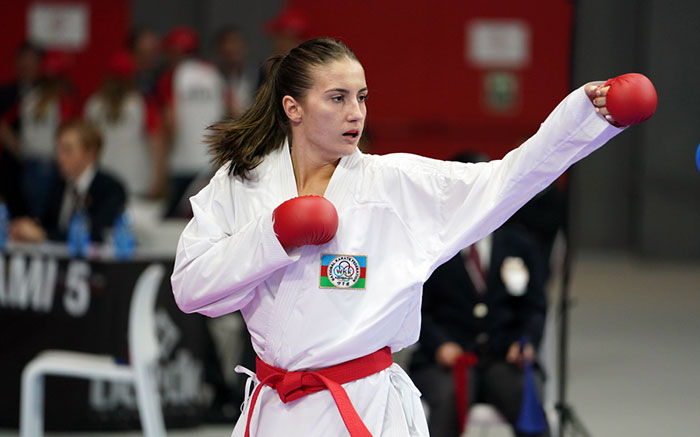 On the other side of the tatami, promising Victoria Isaeva surprised with her ticket to the final. The young karateka dominated the pool with 8-3 in four bouts. Then, the Russian representative upset Belarus’ Maryia Aliakseyeva in semi-finals to make it to the last round.

The elimination rounds are available to a worldwide viewing audience LIVE and FREE on karateworld.tv