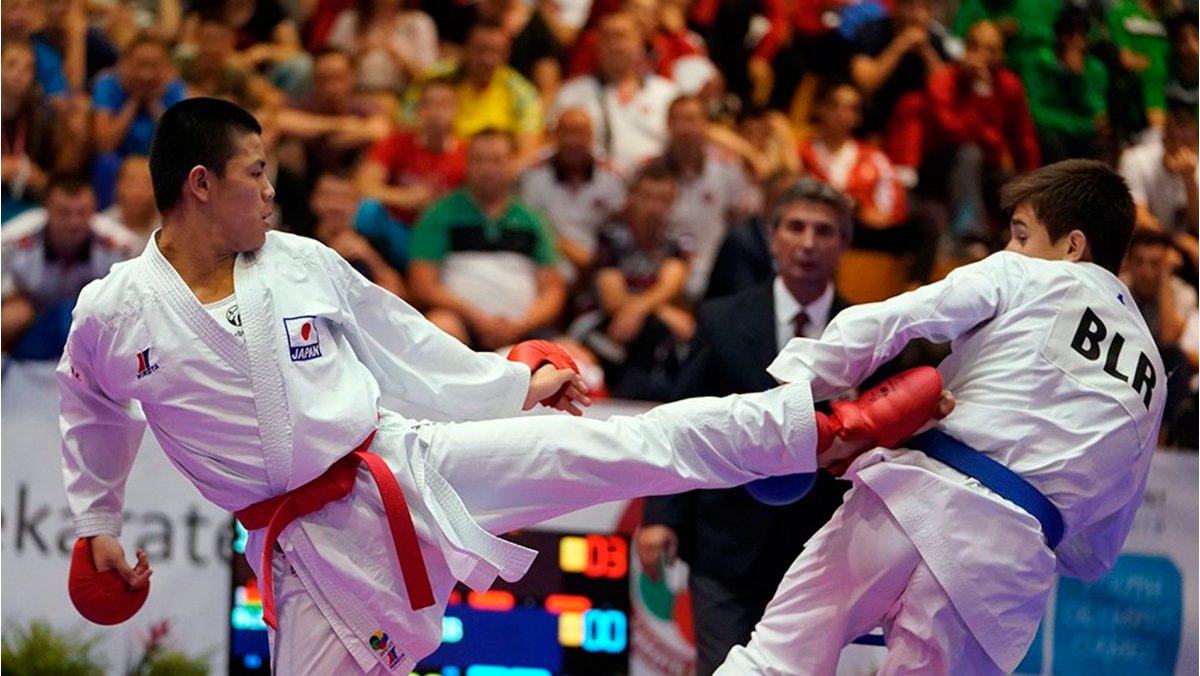 It’s all about tradition. As the Karate world is living with excitement the last moments ahead of the anticipated debut of the sport in the Youth Olympic Games, the young athletes are getting ready to make history. And some of them will do so honouring a rich family and national tradition. That is the case of Keisei Sakiyama.

It’s all about tradition.

As the Karate world is living with excitement the last moments ahead of the anticipated debut of the sport in the Youth Olympic Games, the young athletes are getting ready to make history in Buenos Aires. And some of them will do so honouring a rich family and national tradition. That is the case of Keisei Sakiyama.

“It is very important for us because Karate is a ‘Budo’ originated in Japan. Being in the Olympic Games has been the dream for everyone around Karate for many years, and finally, it will come true in 2020. I believe that the success of the Karate event in the Youth Olympic Games will lead to the success of Karate in Tokyo 2020,” said Sakiyama.

The 16-year-old karateka spearheads the numerous Japanese representation in Buenos Aires. Japan will present the largest delegation in the Karate competition at the Youth Olympic Games with six athletes. Three competitors of the birth nation of the sport qualified by standing, and three more athletes earned the ticket to Buenos Aires 2018 after their successful performance in the Youth Olympic Games qualification tournament in Umag.

Keisei Sakiyama demonstrated his outstanding level in Umag, he finished in the first position of the Male Kumite +68kg category. “I really appreciate having the opportunity to participate in the Youth Olympic Games. Everybody dreams about competing there; I will try my very best to obtain a medal with the pride of representing Japan, which is the birthplace of Karate,” added the young karateka.

BORN TO BE KARATEKA

Karate is a discipline that goes from parents to sons. In Japan, Karate often breaks the limits of a sports modality to become a way of life, the discipline is frequently passed in the genes. Sakiyama learned about Karate at a very young age since he is the second son of Koichi Sakiyama, renowned former top-level Karate champion.

It was in his father’s dojo young Keisei took his first steps as a karateka. With his father as a coach and mentor, young Keisei demonstrated at a very early age his impressive abilities as a competitor. In his short career at the highest level, the Japanese rising star has claimed the gold medal at the 2018 AKF Junior Championships, the bronze medal at the continental tournament one year earlier, the silver medal at the 2017 WKF Youth Cup, and the gold medal in team kumite at the National High School Championships.

It was in Umag (Croatia) Sakiyama claimed his biggest success. The fiercer competitor defeated Russia’s Robert Avakimov in the final to win the ticket to Buenos Aires 2018.

“This is the first time for Karate to be d in the Youth Olympic Games, and of course I feel a certain level of pressure, but more than that, I am very much looking forward to competing,” said the top favourite in the Male Kumite +68kg category.

As the Karate competition of the Youth Olympic Games starts in nearly 20 days, only time will tell who the first Olympic medallists of the sport will be. In any case, the flag of Karate’s tradition will fly high in Buenos Aires with karatekas such as Keisei Sakiyama.