#KarateWorldChamps: Sandra Sanchez: Many wonderful things have happened to me lately 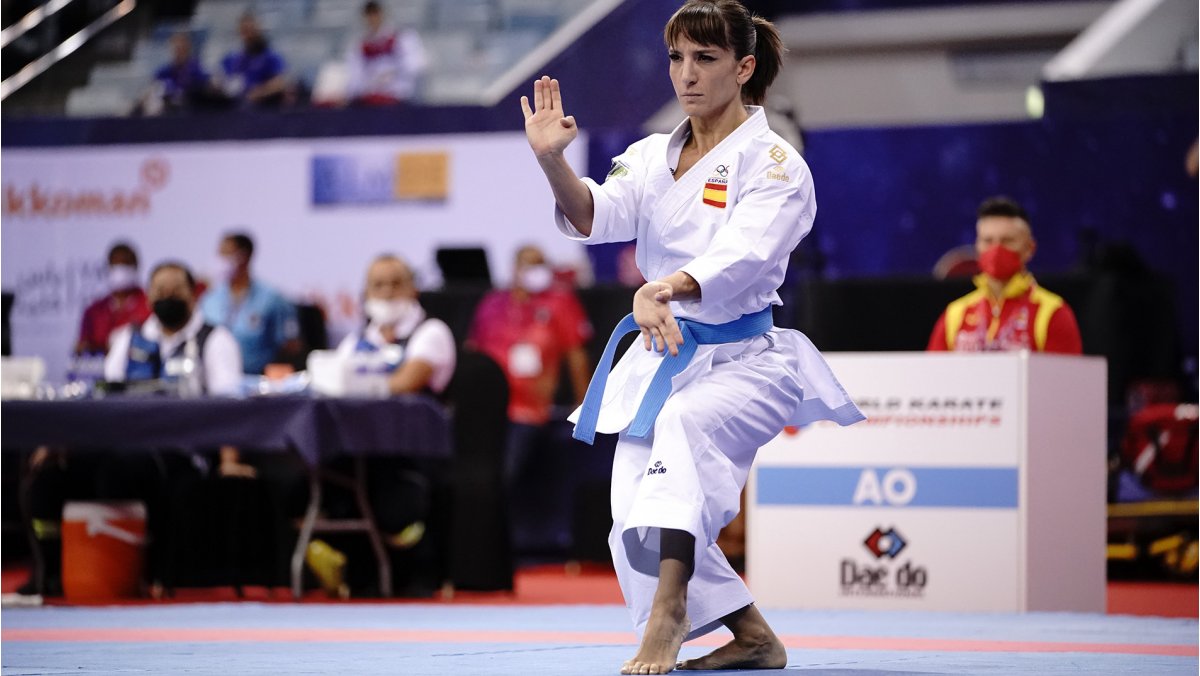 As current World, European, and Olympic gold medallist, Sandra Sanchez of Spain is arguably the most successful competitor of today’s Karate. She is one step away from making history for the sport at the 2021 Karate World Senior Championships in Dubai.

“A while ago, I could not even imagine being able to win a Karate tournament. And now, I am close to achieving something absolutely incredible,” said Sandra Sanchez.

Aged 40 years old, Sandra Sanchez’s story is a tale of resilience, tireless efforts, and an unbreakable character. While she started practising Karate at an early age, when she was four years old, it was not until her late twenties and early thirties that she went into top-level competitive Karate.

Absent from the national team for many years, the central-Spain-born athlete made her international debut in 2012. Her first medal did not come until 2014 when she took bronze at the 2014 Karate 1 Premier League Paris. 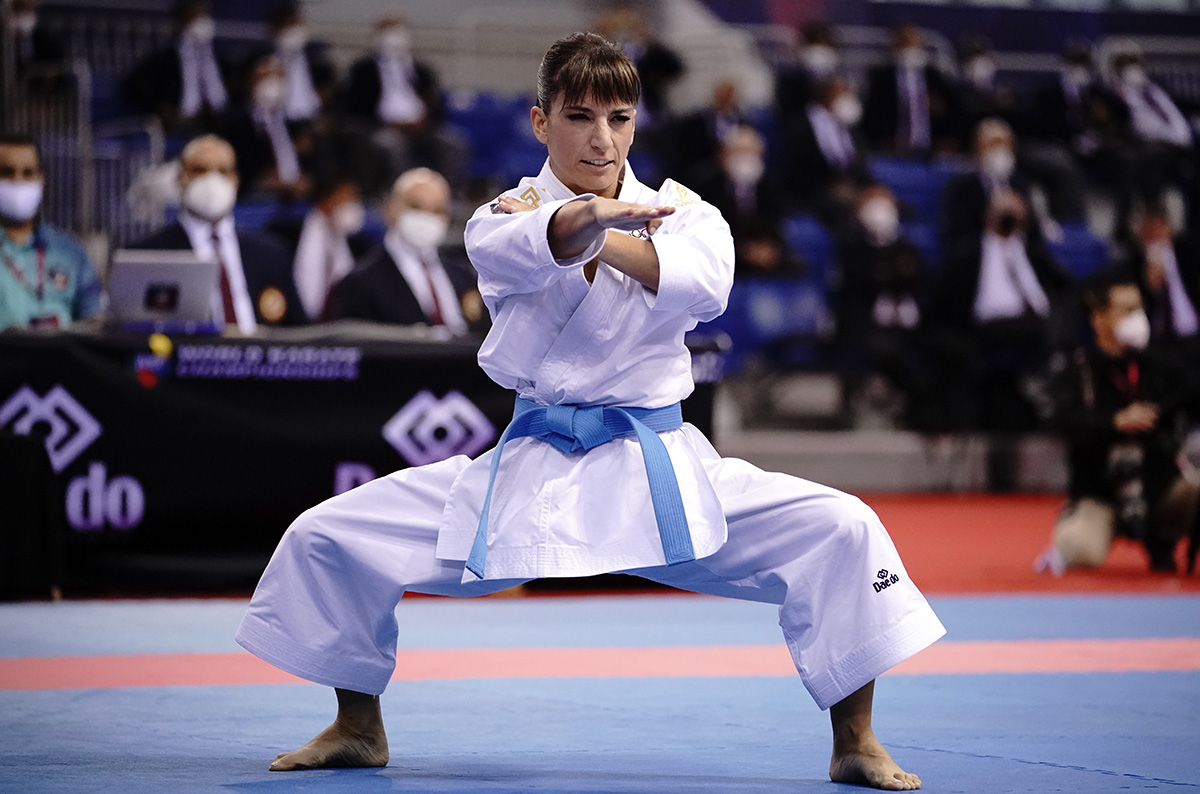 Now, seven years later, she is the World and European titleholder, she is the current Grand Winner of the category and she has won over 50 consecutive medals in international competitions. Barely three months ago, the affable athlete made history for Karate as the first Olympic gold medallist of the sport.

“I am still not very aware of all that it is happening to me lately. Many wonderful things have happened to me over the last few years. I can only feel extreme gratitude and joy.”

In Dubai, as she completes her third World Championships appearance, Sanchez aims to achieve an unbelievable accomplishment: to win consecutive World, European, Olympic, and World titles.

“The last three months have been very difficult for me. The preparation for the World Championships has been hard but I managed to find strength from nowhere to give my best here.”

The Spanish Kata ace dominated the Kata competition in Dubai after topping the pools of the preliminary round with the highest scores. Sanchez received 27.2 points with “Kururunfa” kata in the first round, 27.14 points with “Suparinpei” kata, and 27.92 with “Papuren” kata to qualify for the final.

“I am super happy to be in a final again. I feel elated that I have the opportunity to fight for this challenge to win all these titles in the same year,” said Sanchez after reaching her second consecutive final in World Championships.

Sandra Sanchez represents the perfect example of the Olympic dream coming true. After qualifying on top of her category, as number 1 in the standings, the Spaniard experienced a dream-like tournament that finished with the memorable Olympic gold medal at Karate’s mecca of Nippon Budokan. 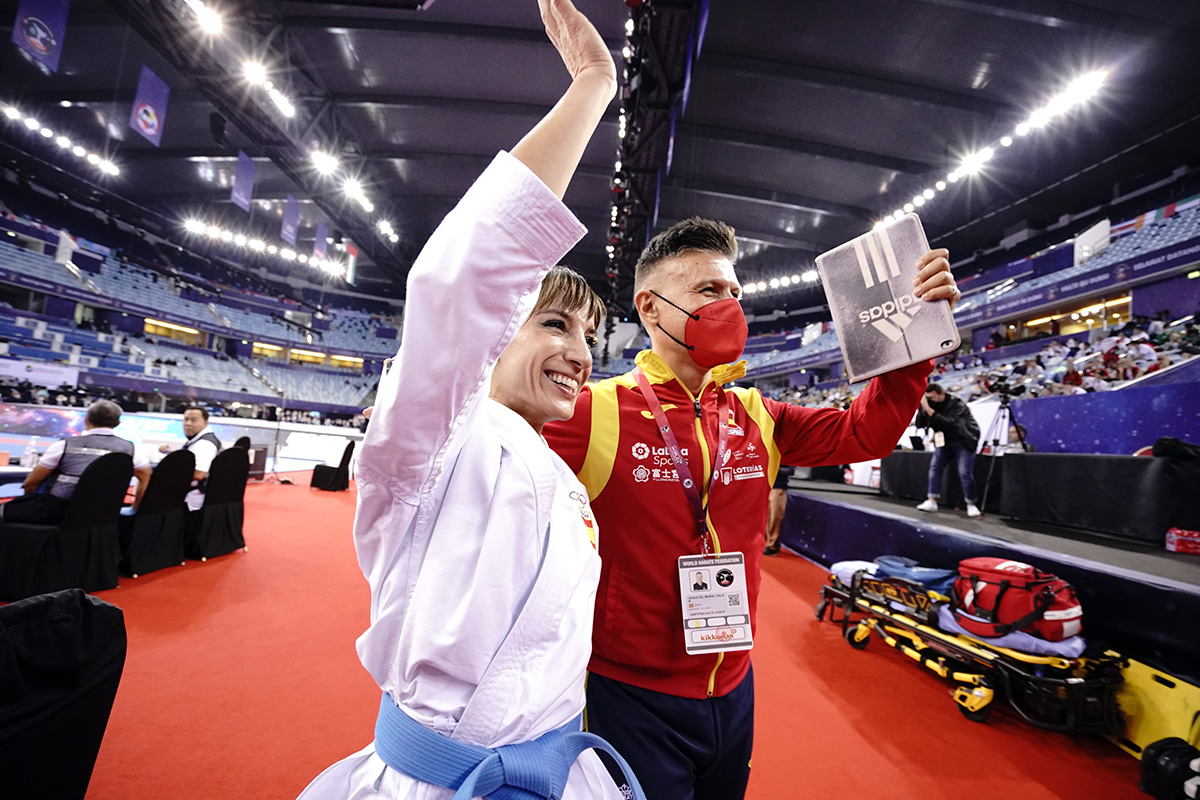 Sandra Sanchez defeated Kiyou Shimizu of Japan in the final of the Female Kata competition and became the first Olympic gold medallist in the history of the sport.

“I still have not processed the fact that I am the Olympic champion. I still cannot believe that I won the Olympic tournament in Japan. Every morning I wake up and look at my tattoo (with the Olympic rings) and then I say to myself ‘yes, it did really happen’

“I think I will start processing all that happened after the World Championships. Whatever happens, it will be an experience for me to enjoy.”