#KarateWorldChamps: Douglas Brose: I love what I do, I love Karate 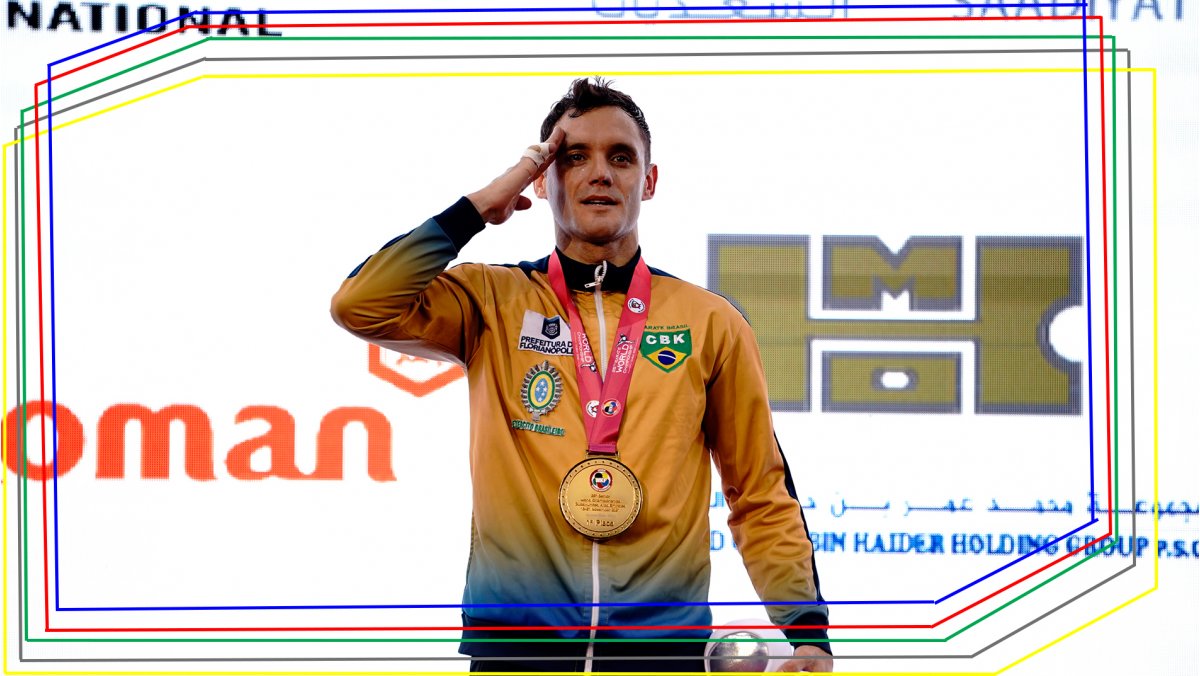 When he was 28 years old, Douglas Brose of Brazil conquered the world of Karate after winning his second world title. Now, seven years later, Brose claimed his third World crown thus becoming one of the heroes of the 2021 Karate World Senior Championships.

Starring in the come-back story of #KarateDubai2021, Douglas Brose of Brazil demonstrated resilience and a surprising ability to overcome difficulties when he reached the top of the podium of the Male Kumite -60kg category at the event in Dubai.

Brose defeated defending World champion Angelo Crescenzo of Italy in one of the highlights of the fifth day of the competition in Dubai.

“I am very happy for being World champion for the third time,” said Brose after taking the title. “I tried to enjoy the experience as much as I could. Since I arrived here, all I had in my mind was to appreciate the opportunity of being here, from the warmup until the end of the fight”.

Born in the city of Florianopolis, Douglas Brose had been the best Brazilian karateka of all times for many years, as he became a household name of the sport with two World titles, seven continental crowns, and multiple national championships under his belt. 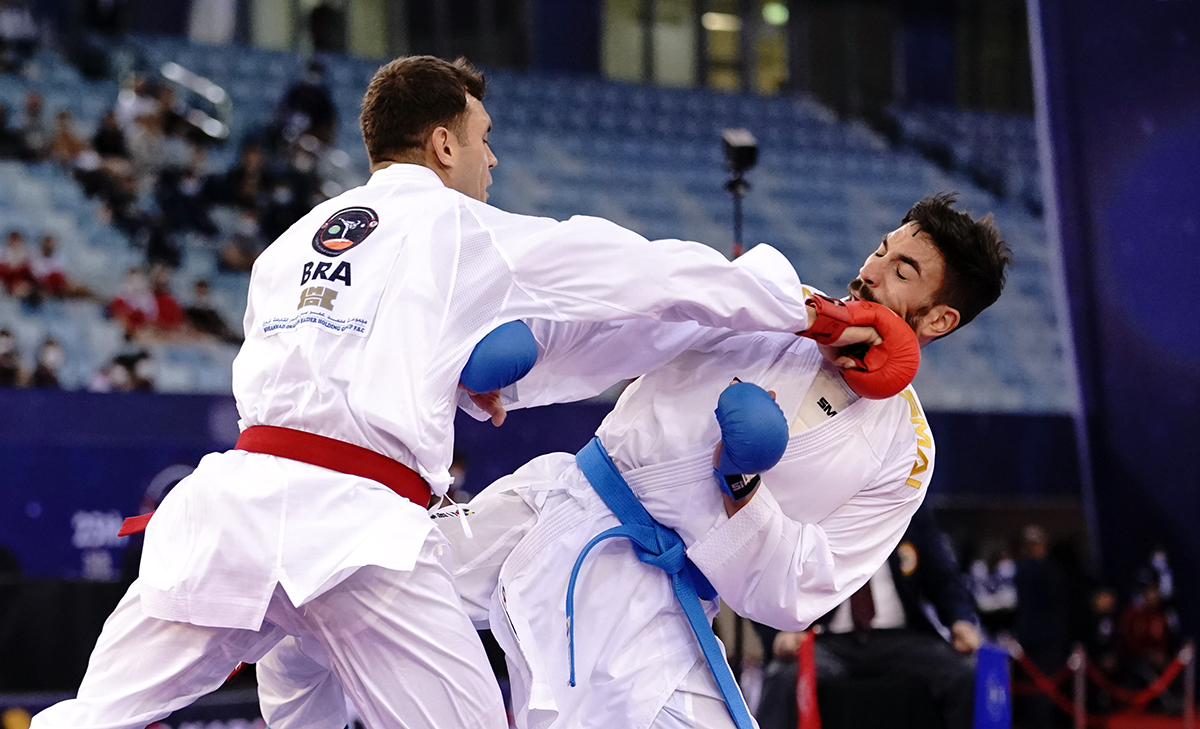 However, five years ago, the 35-year-old karateka suffered a serious knee injury that almost put him out of the tatami.

“After the injury, many people told me that I should retire, that competitive Karate was over for me. I suffered a lot since then and I had to work very hard. It has been a very difficult period for me, I had very hard five years,” Brose said.

Brose proved all the critics wrong and demonstrated to be built of a different material. Not only he recovered from the injury; he went to win four medals in international competitions including two continental titles.

Brose, who is a third sergeant of the Brazilian Army, also showed an uncommon ability to overcome disappointments.

The Brazilian Karate Star nearly qualified for the Olympic Games, his lifetime dream. Since he was unable to make it to the Olympics in his merged Olympic category, where teammate Vinicius Figueira was in a better position to qualify, Brose decided to move up weight divisions, from -60kg to -75kg. 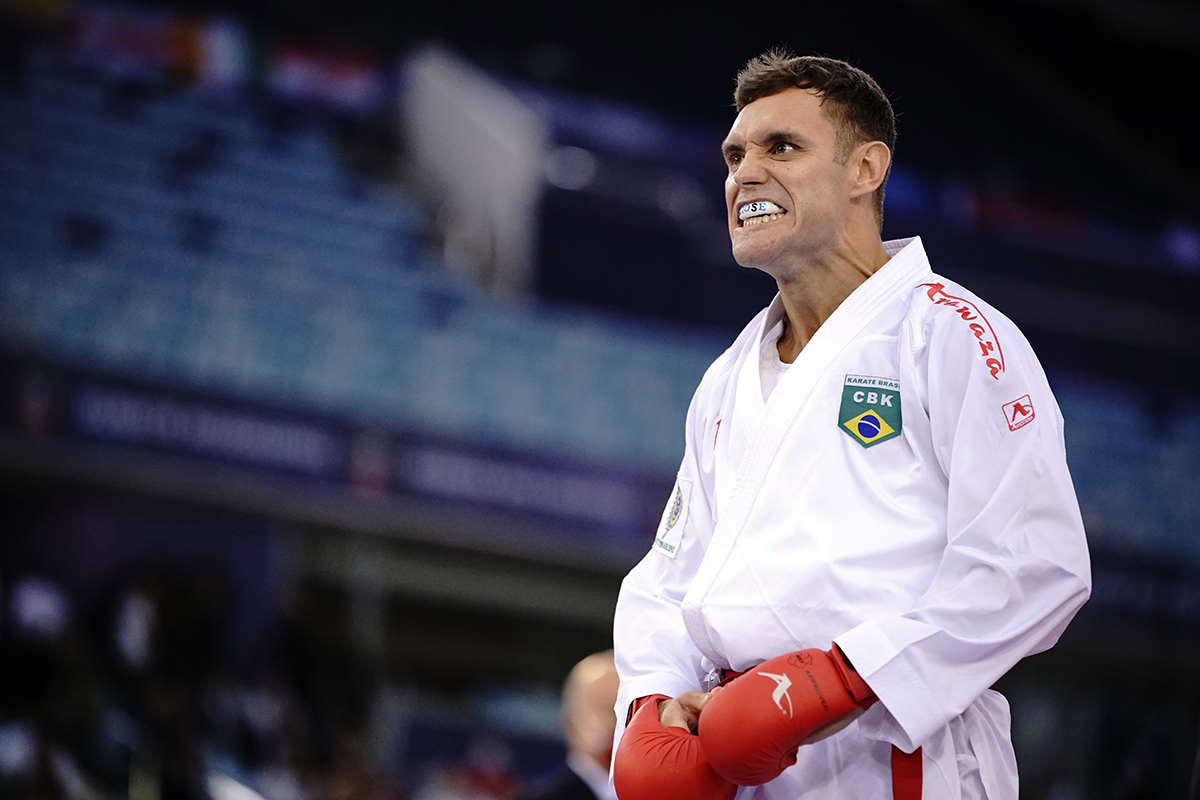 After an impressive transformation, the Physical Education and Sports major ended up winning the national title in Male Kumite -75kg, thus earning the right to compete at the Olympic qualification tournament in Paris.

Out of his category, Brose nonetheless demonstrated his competitive edge and his incredible skills. He beat Ljubisa Maric of Serbia and continental champion Thomas Scott of the USA but was ultimately eliminated after losing against Bashar Alnajjar of Jordan.

“The Olympic Games have been the dream of my life,” said Brose who was present in Rio de Janeiro at the IOC Session when the International Olympic Committee announced Karate’s inclusion in the Games of Tokyo 2020, “When I lost the chance to qualify, I was devastated. I tried to qualify, but I could not make it. But now, I am back”. 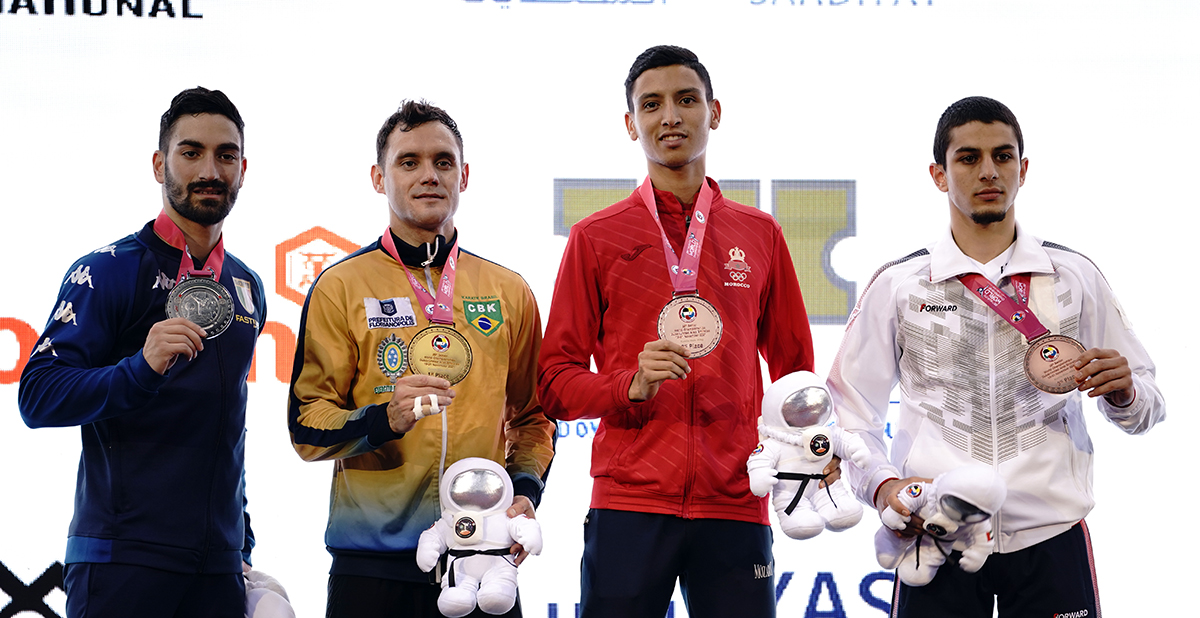 After claiming the gold medal at the 25th edition of Karate’s biggest event, Brose joined the exclusive club of three-time World champions. No one has more titles than him in his category.

The ovation he received when he won the gold here in Dubai from his fellow Karate athletes demonstrated that he is beloved and renowned by the Karate community. In fact, he was elected by his peers to represent Karate athletes in the world as a member of WKF Athletes’ Commission.

His secret? An undeniable love for the sport.

“I am very honoured that I won my third title here. I have made history for Karate in my country. I hope this victory helps raise the bar of my sport in my country,” Brose said.

“I just enjoy every minute of it. I love what I do. Simply said, I love Karate.