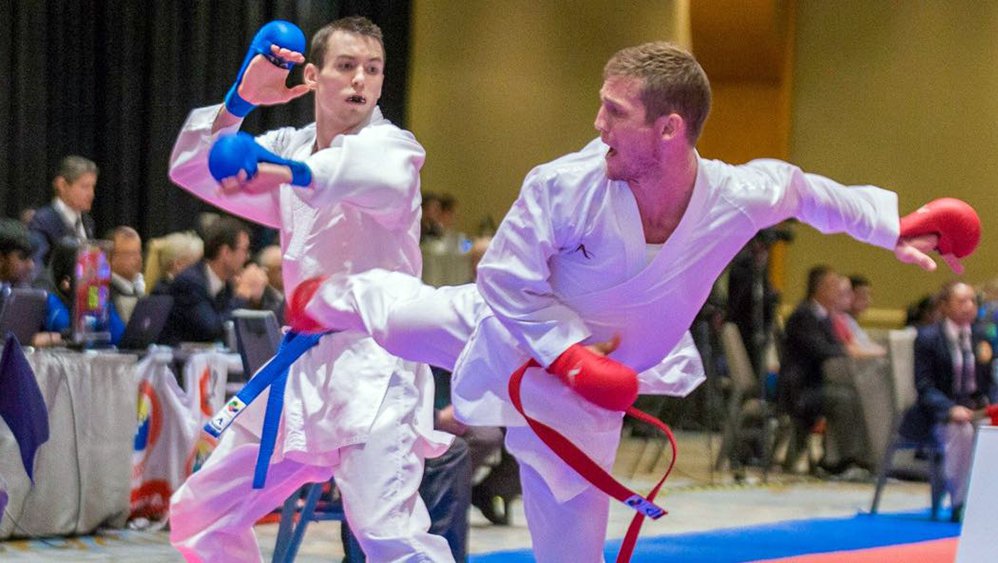 It was yet another example of the strength and solidity of Karate Values. When the celebrated moral code of Karate is combined with a firm conviction to help others, the results are heartwarming stories like the one starring Argentinian Karateka Franco Icasati.

It was yet another example of the strength and solidity of Karate Values. When the celebrated moral code of Karate is combined with a firm conviction that helping others is tha way to behave, the results are heartwarming stories like the one starring Argentinian Karateka Franco Icasati.

The former Pan American champion found the owner of a lost wedding ring with the help of social media, thus demonstrating that social media can also be used to show all that’s good in the world. Icasati’s determination brought joy to the family of a 90-year-old woman who had lost her 68-year-old wedding ring.

“It all happened when my daughter started feeling bad and we had to take her to the hospital. While we were there waiting for the results, my wife went to the sofa and said ‘look what’s there!’, and there it was, a golden wedding ring with the date 1948 in it,” explained the 2013 Pan American champion. The Argentinian took at that very moment the resolution to return the much-valued ring.

“We did not know the security of the hospital, and we could only imagine how much sentimental value the ring would have, so we didn’t want to hand it out to strangers. We had to find the owner ourselves,” said the 34-year-old Karateka. 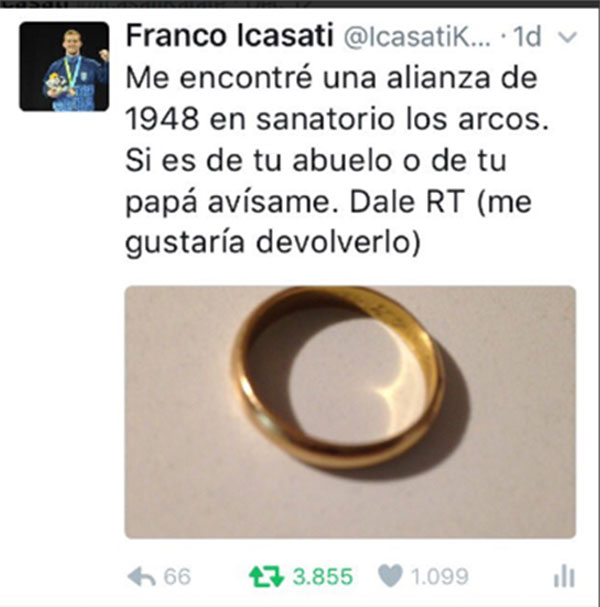 ("I found a wedding ring from 1948 in hospital Los Arcos. If it belongs to your grandfather or to your dad let me know. RT (I would like to give it back)")

This is the moment when Franco Icasati decided to go to social media to find some help. And the result was mind-blowing.

“We posted the announcement on Twitter, and in a couple of hours it already had more than three thousand retweets. In barely two or three hours, more than 300.000 had seen the tweet. I could never imagine that it would become so viral,” declared Icasati.

The very same afternoon, the top Karateka was contacted by the granddaughter of the owner, who had seen the tweet. After confirming all the details, and after speaking with the owner’s son, Icasati had the full picture of the events.

“The ring belonged to a 90-year-old woman who had been admitted to the hospital that day. Apparently, the old woman was not feeling well and as thin as see was, the ring had slipped from her finger when she was in that sofa,”, commented the Karateka, who was surprised either by the warm reaction of thousands of strangers and by the joy he had brought to the family of the owner of the ring.

“Her son gratefully told me how moved her mother was and how much emotion they all had when they heard the news of me finding the ring. It was a big coincidence and a stroke of good luck that her granddaughter could see our tweet,” stated the 2015 Pan American Championships bronze medallist. 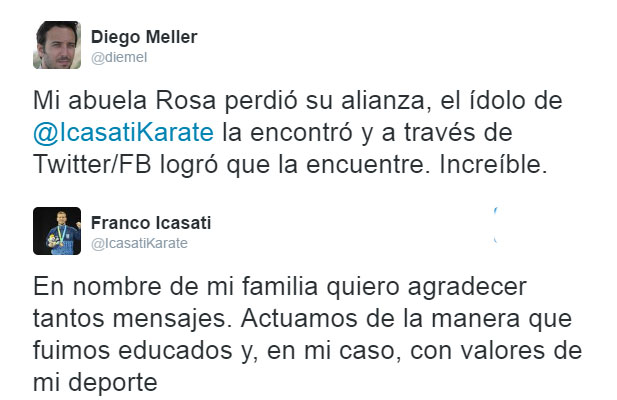 ("My grandmother Rosa lost her wedding ring, the idol @IcasatiKarate found it and through Twitter/FB he made it possible for me to find it. Amazing"
"In the name of my family, thank you for all the messages. We behaved as we have been raised, and in my case, following the values of my sport")

Overwhelmed by the repercussions that the story is having, Franco Icasati reckons that good deeds like this are natural to him, either coming by family tradition or by his experience in Karate.

“To do your best to help others, that’s one of the many values we have in Karate. For me, to do Karate is exactly this, notwithstanding that these values are innate to my family and to our culture. I just think that these things are natural, and that situations like this should happen more often,” said Icasati. 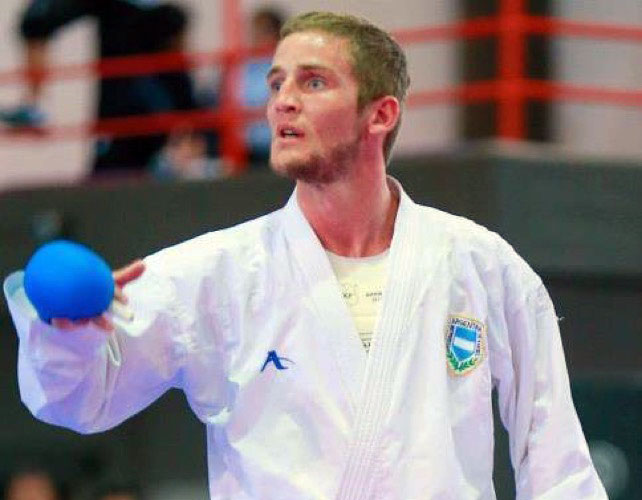