#KarateValues: Alton Brown strives to give girls in India a fighting chance 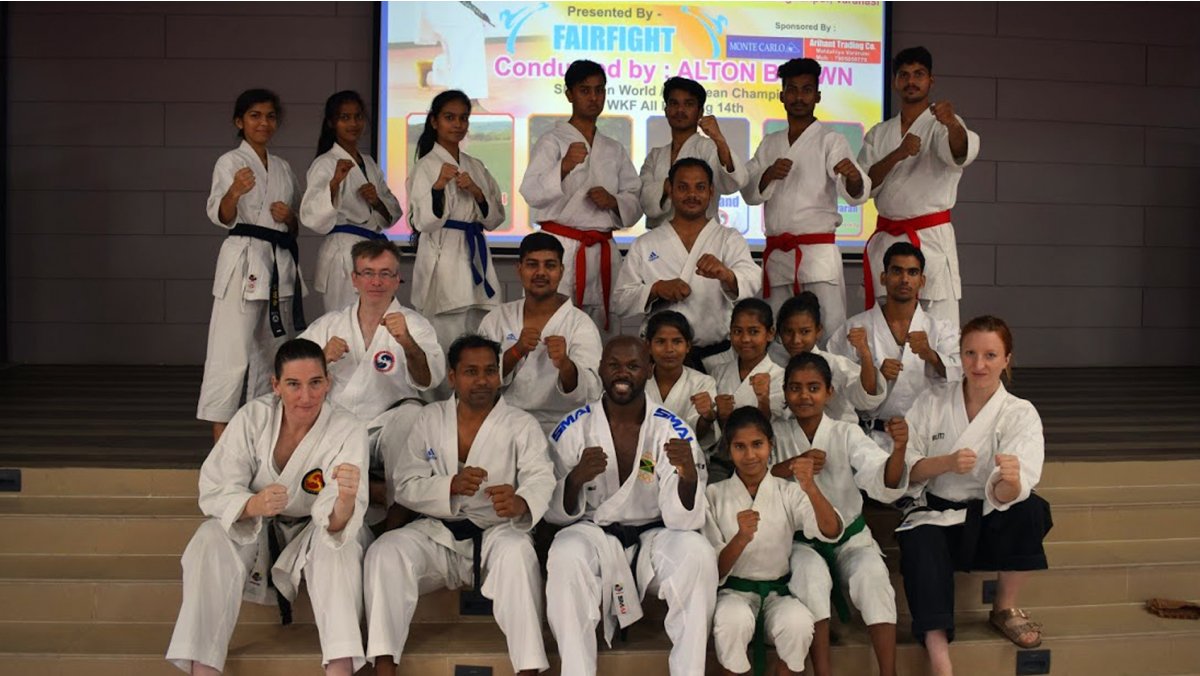 Alton Brown of Jamaica is putting his Karate skills to the service of those who need them the most: disadvantaged girls in India. It is another example of #KarateValues.

Alton Brown of Jamaica is putting his Karate skills to the service of those who need them the most: disadvantaged girls in India. It is another example of #KarateValues.

In WKF’s series #KarateValues, we review Karate individuals or organisations who are making the most of the many values of our sport; personalities who are using Karate to make a better world. First-class karateka Alton Brown of Jamaica is taking #KarateValues to a whole new level as he commits to becoming an ambassador for a project to teach girls from challenging backgrounds in India the benefits of Karate.

“These girls are really vulnerable. When families cannot afford to feed and educate them, they’re at risk of abuse and homelessness. Prospects for poor girls are limited: early motherhood; arranged marriage; domestic chains; or, for many, the underworld of the child sex trade and drug trafficking that haunts Varanasi. Karate really empowers them and widens their horizons. It also helps rebuild physical and mental confidence for those who have suffered in the past” said the 36-year-old athlete who is currently ranked in the 27th position in WKF World ranking in the category of Male Kumite -75kg. 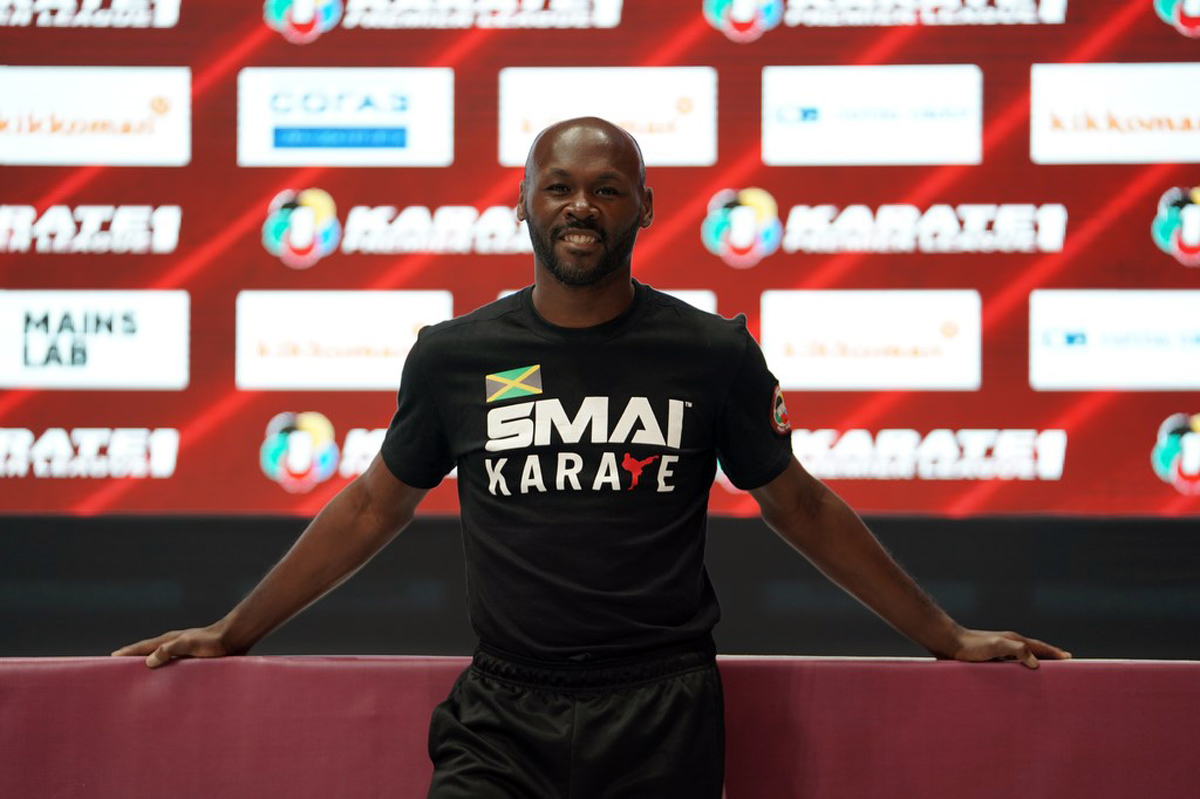 Together with the Dutch non-profit organisation “FairFight”, Alton Brown has travelled to India to conduct several seminars with girls involved in the FairFight programme. These seminars consisted of specific sessions for young girls focusing on self-defence techniques. Also, the current Pan American Championships runner-up heads workshops on WKF karate training and the application of WKF kumite techniques and strategies.

“FairFight has given me the opportunity to use my background and passion to work with young people,” said the karateka who is a Business and marketing major with a master’s degree in international development and refugee studies.

“The long-term goal of the charity is to have these young girls fully educated, making sure that they are stronger, that they are in a better position to support their families, empower each other and that they are on the way to live a happy life,” added Brown who in addition to his contribution to “FairFight” works for a refugee charity in north London.

“Karate gives them the opportunity to overcome difficult situations that they may encounter. With Karate, they learn how to defend themselves but also internalise a sense of their own value and right to be independent,” said the 2nd-Dan Black Belt in Shotokan. 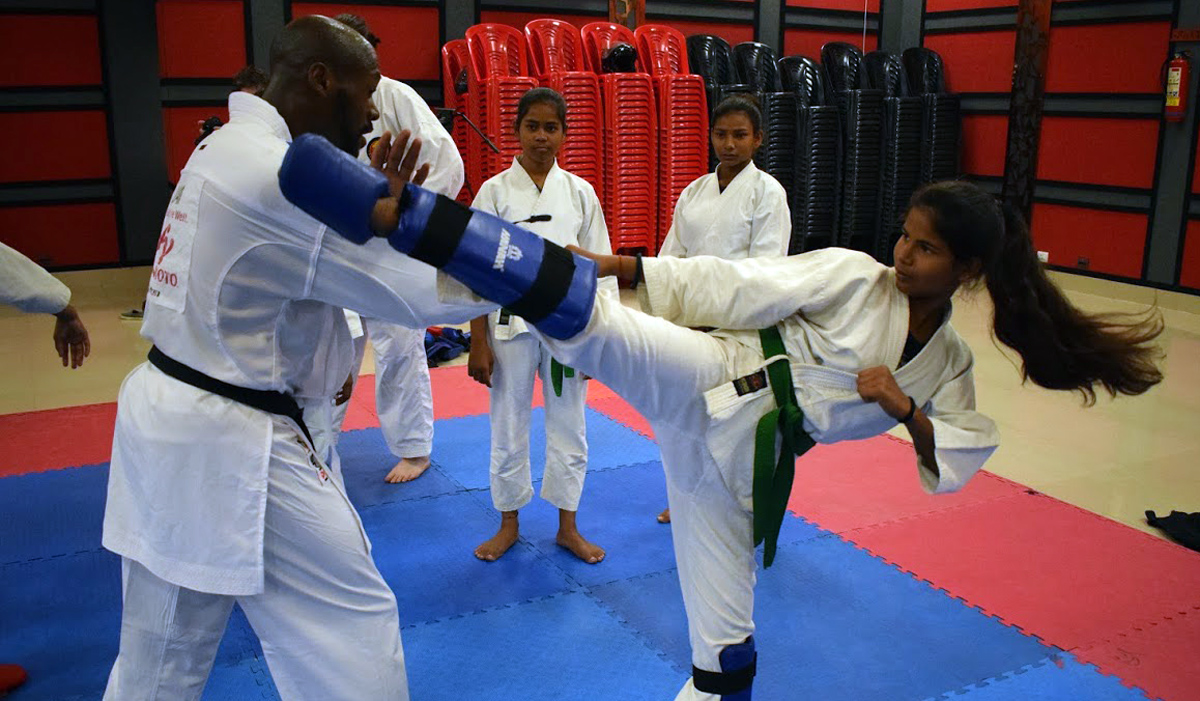 In partnership with the local organisation AshaDiya Foundation, FairFight supports a safe house in the area of Varanasi (India) where over 20 girls are protected, nurtured and educated. Karate classes are held twice a week with local instructors. Alton Brown travelled to the site to conduct seminars and to give inspirational talks to the children.

“Martial arts are a self-development tool that helps you to reach as far as you want to go in life, regardless of the circumstances around you. If you put the right work in, no one can stop you from where you want to go,” said the athlete who is the first Jamaican athlete to ever win a medal in PKF Senior Championships. 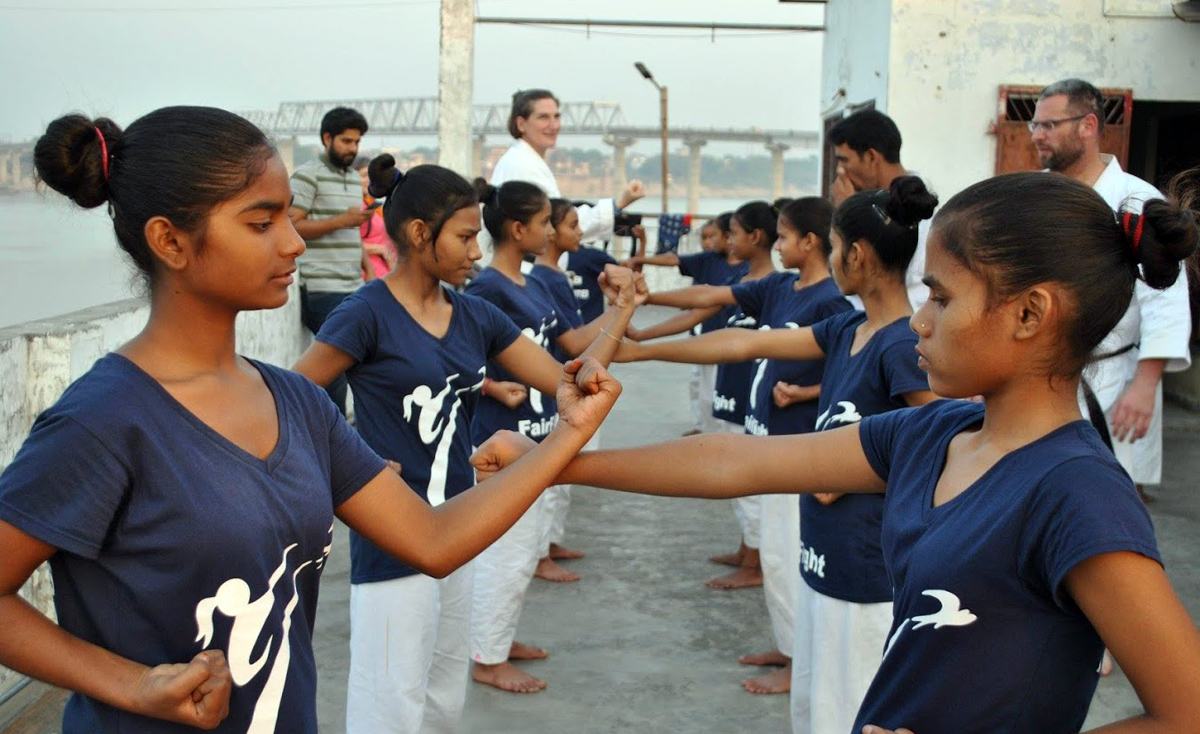 Father of two and widely recognised by the Karate community for his kindness and affability, Alton Brown continues applying the values of Karate to his daily life. He recently travelled to the Netherlands to lead a Karate seminar on International Women’s Day to build awareness on the difficult situation of women in underdeveloped countries and to raise funds to continue the work of the organisation in Zimbabwe and India. For Brown, who lost his younger brother two years ago after he was killed in an unprovoked knife attack, the strength of spirit is the key.

“Karate has taught me resilience in the face of adversity, it has made me able to better adapt in order to pursue success. 'Karate Values' means respect, humbleness, the ability to have a goal in mind and the strength to reevaluate, reassess, and to go back and try again. Karate for me embodies all these ideals.”

If you know more stories of #KarateValues", send the information to worldkaratefederation2016@gmail.com.