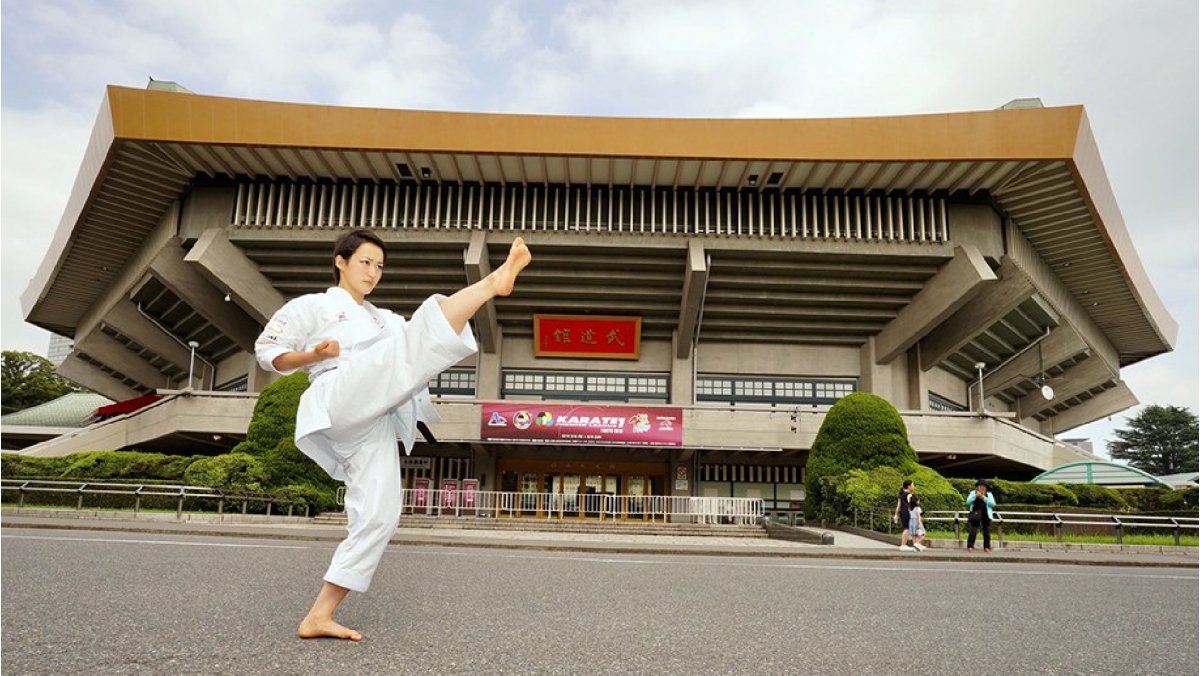 The Karate 1-Premier League Moscow starts in one week. While the best karatekas in the world get ready to compete in another edition of Karate’s biggest event, Karate has its eyes set on the debut of the sport in the Olympic Games Tokyo 2020.

In this second episode of the series “Karate Takes Cities”, two Japanese top competitors express the excitement of the sport ahead of the debut of Karate in the Olympic Games Tokyo 2020. While the best karatekas in the world get ready to compete in the Karate 1-Premier League Moscow, Karate has its eyes the Olympic dream.

As the historic moment nears, the Karate world was offered a glimpse of the tremendous significance of the Olympic initiation of the sport during the Karate 1-Premier League in Tokyo, which was held in Nippon Budokan.

CLICK HERE to go to the first episode of #KarateTakesCities

Since the decision of the inclusion of Karate in the sports programme of the Olympic Games Tokyo 2020, Kiyou Shimizu has lived in a roller-coaster ride. One of the most popular karatekas in Japan, the two-time World champion has been the face of Olympic karate in Japan. Shimizu, who is placed in the second position of the WKF Olympic standings, has participated in many key Tokyo 2020 events, including the launching of the Olympic pictograms in March.

“Sometimes I get a little bit scared by so much pressure, but I know that everything that I have ahead of me is a unique experience and a chance to continue growing,” said Shimizu. “My goal is to keep on learning and growing as a person and as a karateka,” added the current World Championships silver medallist.

“FANTASTIC SUPPORT FROM THE STANDS”

Born in Osaka in 1993, Kiyou Shimizu continues the tradition of outstanding Kata competitors from the birth nation of the sport. The 26-year-old athlete is so successful that she has been on the podium of all international events since her debut in the Karate 1-Premier League Okinawa in 2014. After five years of non-stop triumphs, Shimizu earned her 23rd international title this month when she prevailed at the Karate 1-Premier League Tokyo, much to the celebration of Japanese Karate fans.

“It was great to have such fantastic support from the stands. The cheering of all the spectators gave me wings. It also gave me the responsibility to do my best to fulfil their expectations,” said the six-time national champion.

Kiyou Shimizu is among the top favourites to qualify and to win medals at the Olympic tournament next year. The friendly athlete had the chance to enjoy winning gold at Nippon Budokan, the venue of the Karate competition next year.

“Nippon Budokan is the Mecca of martial arts. This is the first place I wanted to compete in. I am happy to be here and, as Japanese, it is my goal to the best possible technique and to give my best athletic performance here,” said Shimizu.

While Japanese karatekas are acquiring growing popularity at home as Tokyo 2020 gets closer and closer, the status of Japan’s new Karate idol goes to Ken Nishimura.

The 23-year-old athlete has become Japan’s top rising star after winning seven international titles including the continental championships. His trademark and memorable clashes against Karate legend Rafael Aghayev - most of them finishing in victory for Nishimura as it happened at the Karate 1-Premier League Tokyo - has turned the Japanese into an icon.

“This victory was more meaningful to me than other competitions that I won in other ries. Of course, I am now more well-known in Japan that I was last year, but other team-mates are more popular among Japanese fans than me such as Ryo Kiyuna, Kiyou Shimizu, Ryutaro Araga… they all became World champions, and I am not there yet,” said Nishimura after winning gold at the Karate 1-Premier League Tokyo.

As WKF World Ranking leader and second in WKF Olympic standing in Male Kumite -75kg, the Fukuoka-born karateka is the main favourite to represent Japan at the Olympic Games in the category.

“It would be an honour (to participate in the Games) and I am very much looking forward to it. I will do it the best that I can, and I will do as much as possible to succeed here in Nippon Budokan next year,” said Nishimura.