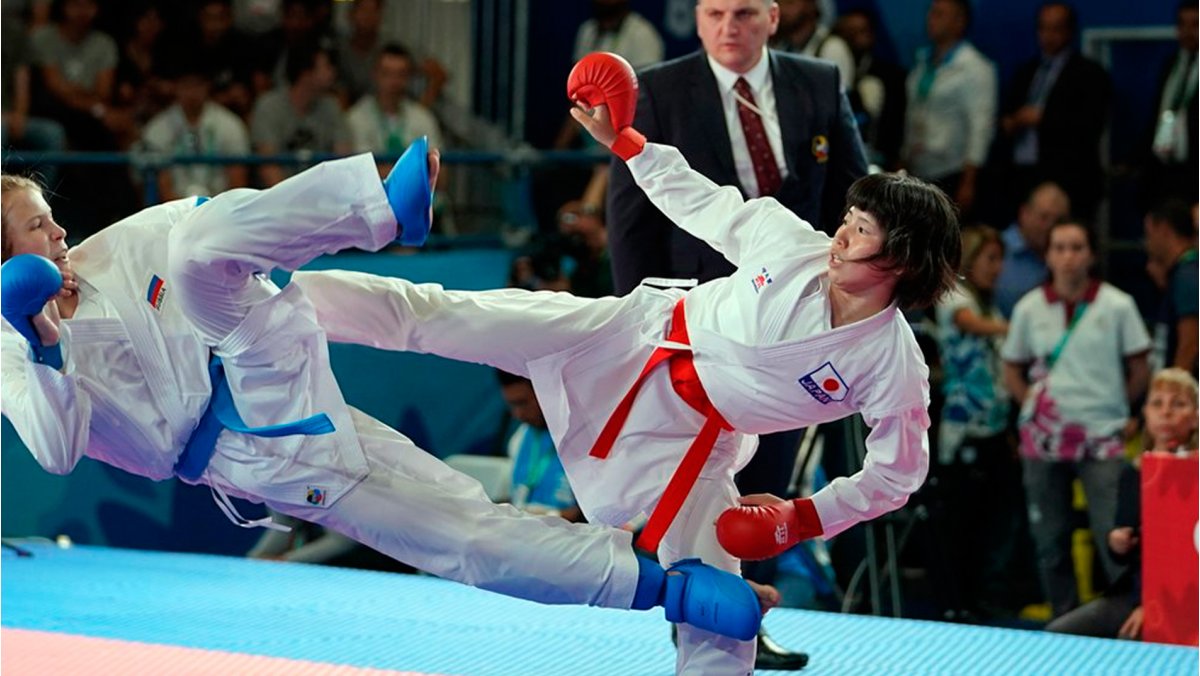 Meet Karate's first Youth Olympic medallists. The first day of the Karate competition at the Youth Olympic Games finished with the three first Olympic gold medallists of the sport being crowned in a historic day for the discipline.

The first gold medals of Karate at the Youth Olympic Games went to Yasmin Nasr Elgewily of Egypt, Mohammed Ayed Al Assiri of Saudi Arabia and Kokoro Sakaji of Japan.

The world of Karate lived a historic day today as the sport made its debut at the Youth Olympic Games. In a thrilling day of Karate action at the Pabellon Europa sports hall in Buenos Aires, the young competitors showcased the excitement and emotion of the ancient modality.

In Female Kumite -53kg, Yasmin Nasr Elgewily of Egypt received the honour of becoming the first Olympic gold medallist of the sport. The 16-year-old karateka defeated Japan’s Rinka Tahata in the final by 2-1. The Egyptian scored two “Yukos” by one “Yuko” by the Japanese karateka. With this first Youth Olympic gold medal, Egypt their status as major Karate powerhouse.

“I am very happy for being the first Youth Olympic medallist. It makes me very proud, it is very important for our ry, and I am very glad,” said Yasmin Nasr Elgewily of Egypt.

The podium of the category was completed by Iran’s Fatemeh Khonakdartarsi and Uzbekistan’s Dildora Alikulova.

The second gold medal of the day went to Mohammed Ayed Al Assiri of Saudi Arabia who confirmed his front-runner status in Male Kumite -61kg. The representative of Saudia Arabia defeated Masaki Yamaoka of Japan by ‘Hansoku’ or succession of infractions. The young karateka from Saudi Arabia demonstrated with his victory today to be one of the most promising stars of the sport as he had already prevailed in the Youth Olympic qualification tournament in Umag.

“I am so glad for this medal. I just want to thank my coach, my staff and all the medical assistants for helping me to get this far. I am very pleased for having achieved this great accomplishment,” said Mohammed Ayed Al Assiri.

The bronze medals in the Male Kumite -61kg went to Morocco’s Oussama Edari and Fahik Veseli of FYR of Macedonia.

The first day of Karate action ended with Japan’s Kokoro Sakaji being crowned as gold medallist of the Female Kumite -59kg category. The 17-year-old Japanese beat Russia's Anna Chernysheva in a thrilling final. The national Japanese champion scored an impressive “Ippon” by “Mawashi-geri” kick to claim the gold medal.

“I am so happy! I really enjoyed the final bout. I am so happy,” declared an elated Kokoro Sakaji.

The bronze medallists in the Female Kumite -59kg were Iran’s Mobina Heydariozomcheloei and Serbia’s Ivana Perovic.

The Karate action will continue on Thursday with the second and last day of competition in Buenos Aires. The tournament is being streamed live on the Olympic Channel, and the event can be followed on the Youth Olympic Games micro-site on WKF.net