Karatekas thrilled to participate in The World Games 2022 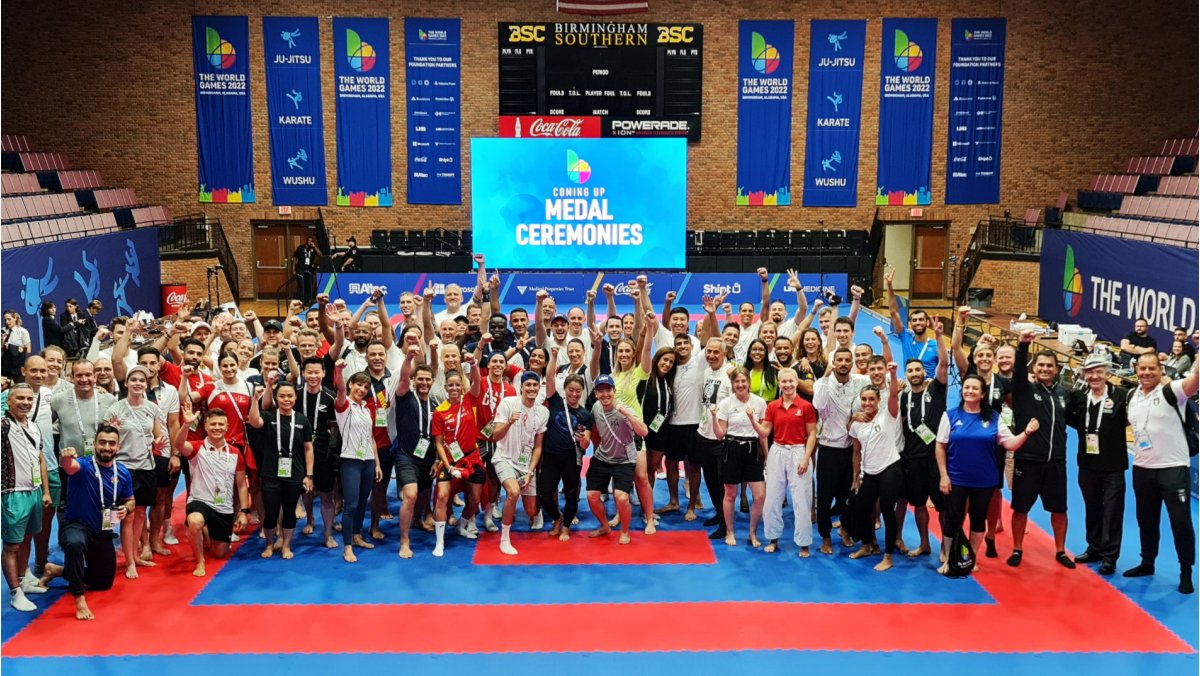 Expectations are running high among the best karatekas in the world who are ready to participate in The World Games 2022. The Karate competition at The World Games begins on Friday with a host of Olympians, World champions, and continental titleholders fighting for gold in Birmingham (United States).

All the competitors gathered one final time before the start of the competition at the venue tour to celebrate the many values of the sport and to show their excitement ahead of the start of one of the highlights of the year. A testament to the global popularity of the sport, no less than 94 karatekas from 41 countries and all five continents are registered to participate in the event.

“I am super excited to be here. We finally have a big Karate event here in the US, and for once I am not the one doing all the travelling! My family will come to watch the event; it’s going to be fun, and I am sure that we will have a great show tomorrow.”

A six-time continental champion and current World Championships bronze medallist, Thomas Scott spearheads the numerous delegation of the host country. No less than 12 US athletes will try to take the flag of the organising nation to the top of the podium. Egypt with seven athletes and Ukraine with six competitors also present large delegations in Birmingham.

No less than 10 Olympic Games medallists will take part in the event, including Olympic champions Sandra Sanchez of Spain and Ivet Goranova of Bulgaria. A host of defending World champions will also catch the attention of fans. Three-time World champion Douglas Brose of Brazil leads the list of seven current World titleholders in action in Birmingham.

Douglas Brose, who is the Kumite athlete with the most appearances in The World Games with four participations said:

“Participating in The World Games is like competing at the Olympics. It feels like the Olympic Games for us, and I am very happy to be part of this event once again. I am ready to enjoy it as much as I can. I arrive here as the current World champion, and this gives me the confidence to try to do my best here.”

The competition starts Friday at 10.00 AM local time (GMT-6). The tournament will be available live on the Olympic Channel and on many TV networks around the world.