Karatekas exemplify Olympic values on and off Olympic tatami 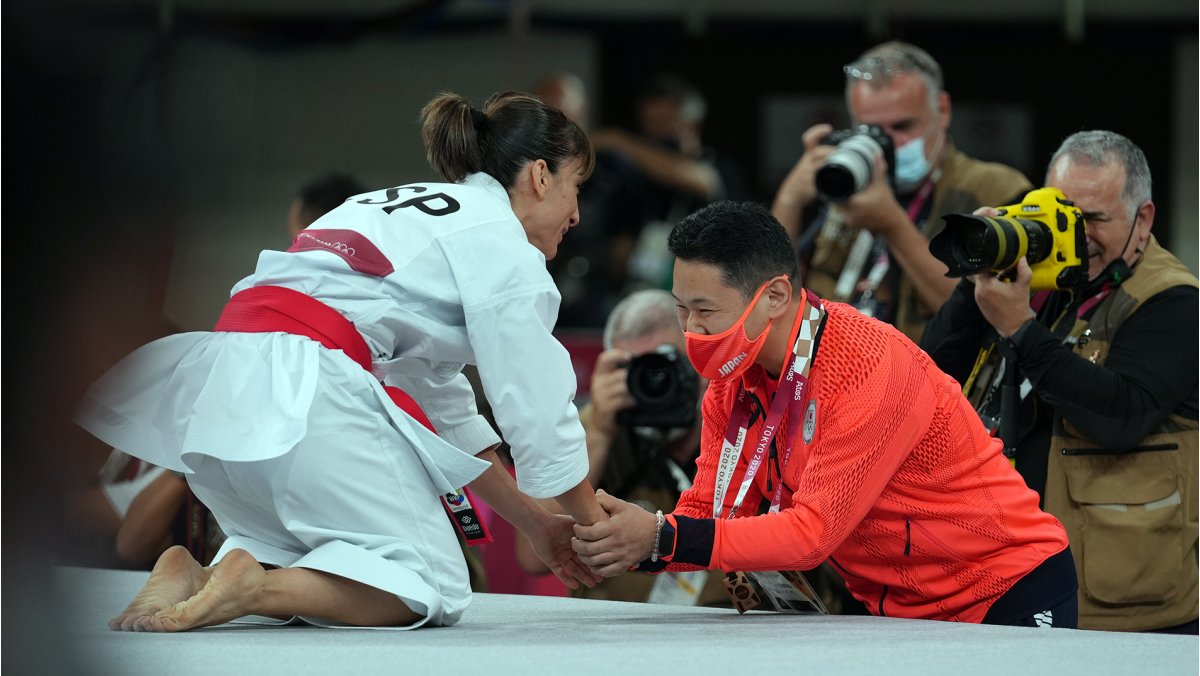 The Olympic values of excellence, friendship and respect

The Olympic values of excellence, friendship and respect have been on full display this week at the Nippon Budokan, where Karate has been making its long-awaited Olympic debut.

One of the most endearing images of these Games was of Women’s Kata Champion Sandra Sanchez (ESP) bowing in reverence to the coach of her gold medal rival, Kiyou Shimizu (JPN) moments after winning the final.

It was a touching moment that spoke volumes both about the character of the athlete as well as the sport, which teaches respect for yourself and those around you both on and off the tatami.

Watching the Olympic karatekas this week, you could see that while they are fierce rivals on the tatami, they are the exact opposite off of it. 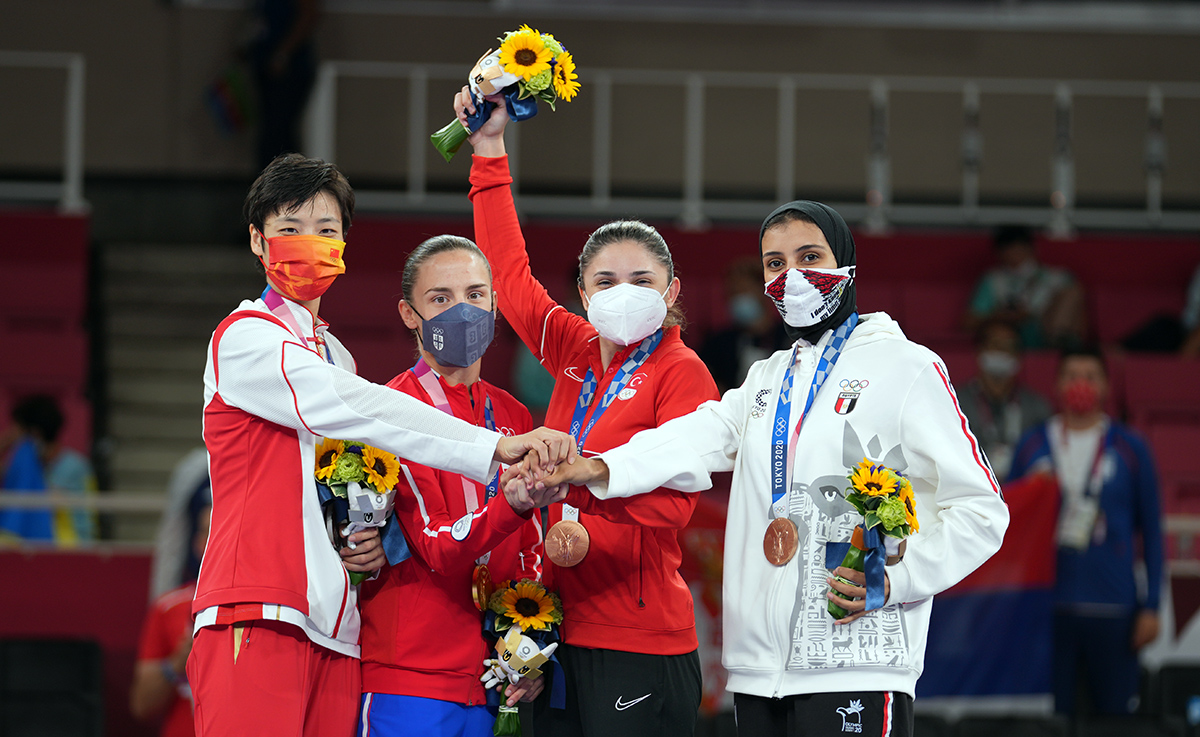 Each day at Nippon Budokan, for example, the almost empty stadium was dotted with karatekas on their non-competition days. Some were there to drink in the Olympic atmosphere, of course, but most were there to root on their friends and compatriots.

On Day 3, Ukraine’s Anzhelika Terliuga and Azerbaijan’s Rafael Aghayev – both fresh off silver-medal performances the night before – were on hand to lend their (quite vocal) support to Women’s Kumite +61kg competitor Iryna Zaretska, who was born in Ukraine and started competing for Azerbaijan in 2015.

“We trained together a lot of the years … more than 15. I guess we can call each other ‘sports sisters’,” Terliuga said, laughing. “We went together all the way to the Olympic Games and we were supporting each other at every qualifying tournament. I wished for her the gold medal today because for me she is the best here. So talented and strong.”

The camaraderie could be seen behind the scenes as well. While social distancing measures dampened some of the more enthusiastic public displays of affection, our Olympians could nevertheless be seen giving each other hearty slaps on the back and fist bumps throughout the three days of competition.

The masks obscured the smiles, but they couldn’t hide the crow’s feet or silence the words of encouragement, especially during the post-competition press conferences, where a real sense of closeness and togetherness between the athletes could be felt.

Take Japanese gold medallist in Men’s Kata Ryo Kiyuna as an example. His friendship with finalist Damian Quintero is so strong he actually felt that he was competing with the Spaniard instead of against him on Day 2.

“In the final, it came to my mind that I was practising with my teammate, so I was reassured and could perform as required.

“Damian is an excellent karateka. I think we are able to improve ourselves through competition. I appreciate him.”

Bronze medallist in the same event Ali Sofuoglu (TUR) was no less effusive of Kiyuna: “I take great pleasure in watching him on the tatami because he is an amazing athlete,” he said. “We are opponents, but I am feeling fine about losing to him because he showed how much work I still have to do to become a champion and get the gold medal.”

Even the Kumite athletes got into the act in front of the media, especially when asked about Karate one day making it back onto the Olympic programme (Karate is not scheduled to appear at Paris 2024). To a T, all of our athletes spoke in favour of Karate’s eventual return to the Olympic Games.

“I think karate will get one of the best feedbacks of the new sports [at Tokyo].”

One thing our Olympians have made abundantly clear in Tokyo is that the Olympic Games are a perfect fit for Karate and our common values and the entire Karate community is grateful to have had this experience.