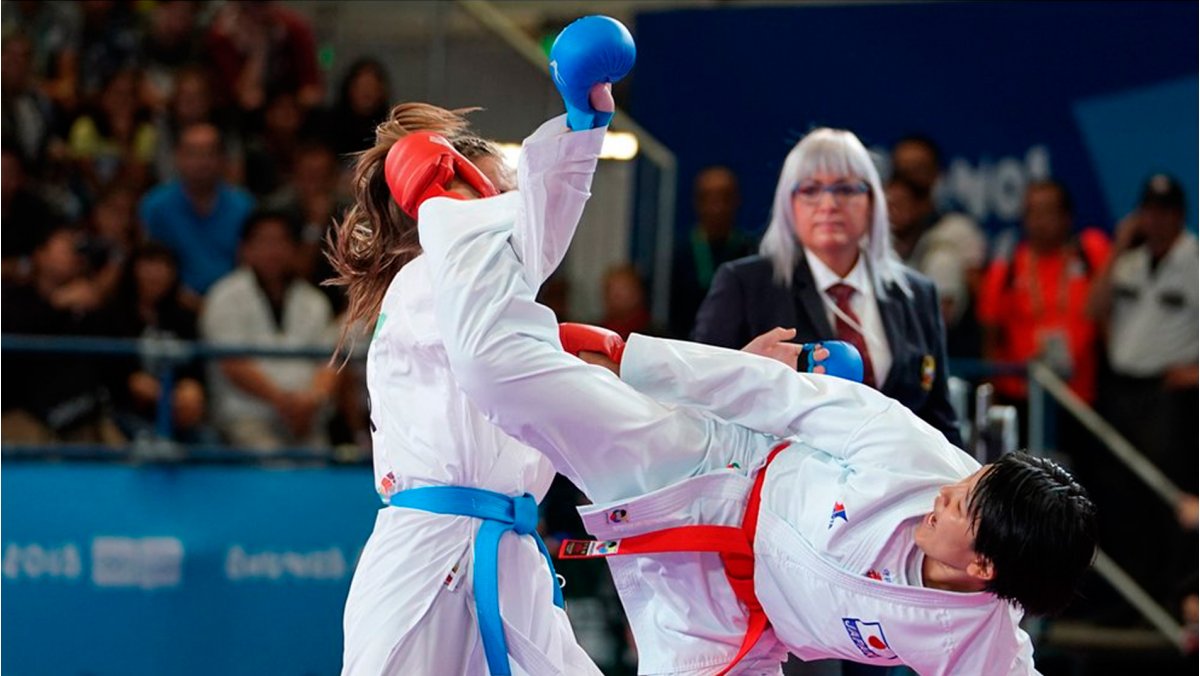 The Karate competition at the Youth Olympic Games finished on Thursday with a final day of action that highlighted the sporting spirit and thrills of the discipline. As Karate made its Olympic debut in Buenos Aires, the history of the sport was written at the 2018 Youth Olympic Games.

The Karate competition at the Youth Olympic Games finished on Thursday with a final day of action that highlighted the sporting spirit and excitement of the discipline. As Karate made its Olympic debut in Buenos Aires, the history of the sport was written at the 2018 Youth Olympic Games.

Following a thrilling first day of action, the second day crowned Karate’s future stars and put the spotlight on the powerhouse nations of the sport. The new Karate's Youth Olympic gold medallists Quentin Mahauden of Belgium, Annika Saelid of Norway and Navid Iri Mohammadi of Iran.

In Male Kumite -68kg, Quentin Mahauden of Belgium completed an excellent performance on the tatami today. The 17-year-old karateka defeated Morocco’s Yassine Sekouri in the final and took the first gold in the competition for Belgium. Quentin Mahauden scored one “Yuko” to reach the top of the podium.

“I am so proud for this medal. It is such a special moment for me to represent my ry in an important competition like this and I am very pleased to have been able to win a medal for me and for my ry,” said Quentin Mahauden.

The bronze medals in the category went to Abilmansur Batyrgali of Kazakhstan and Rosario Rugiero of Italy.

The final of Female Kumite +59kg saw two of the favourites of the category facing each other in the bout for gold. Norway’s Annika Saelid got the Youth Olympic title after beating Japan’s Sakura Sawashima 3-0. The 17-year-old karateka scored three “Yuko” to complete a heartfelt and moving performance.

“I worked so hard to be here and to do what I do best that I feel very great for being able to win a medal. I wasn’t sure of my chances here but I got to the semi-finals, and then to the final and then I won gold!" said Annika Saelid.

"It means so much to me because my brother got diagnosed with cancer just before I came here, so I wanted to this for him. This is an incredible moment to me, there are no words to explain it,” added the young karateka.

The podium in the category was completed with Lauren Salisbury of Great Britain and Negin Altooni of Iran.

The last bout of Karate in the 2018 Youth Olympic Games was a thrilling showdown of offensive Karate. Navid Iri Mohammadi of Iran defeated Morocco’s Nabil Ech-Chaabi by 5-0 after scoring three “Yuko” and one “Wazari” and became the Youth Olympic champion in Male Kumite +68kg.

With a memorable awarding ceremony, Karate’s debut in the Youth Olympic Games ended in a true celebration of the sport.