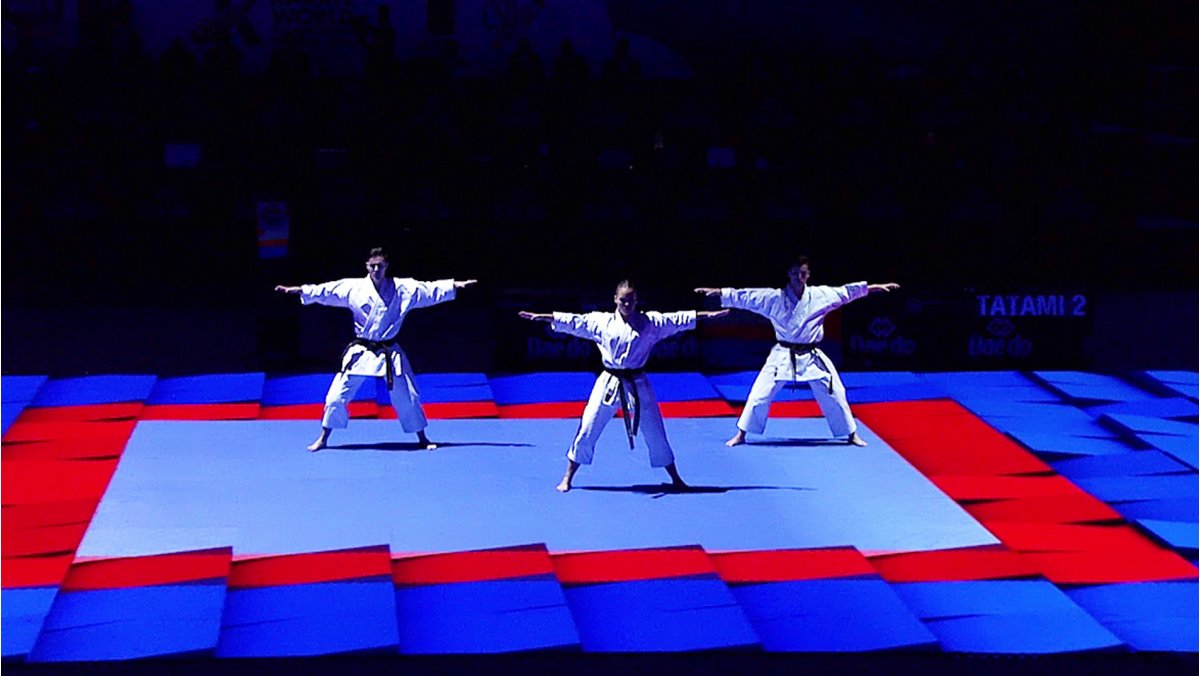 Two years ago, the Karate world enjoyed the biggest event of the sport to date: the 2018 Karate World Championships

Two years ago, the Karate world enjoyed the biggest event of the sport to date: the 2018 Karate World Championships. As the countdown to the next edition of the World Championships to be held next year in Dubai (UAE) continues, we relive the memorable event of 2018 in pictures.

The 24th Karate World Championships were held in the Wizink Center sports hall in Madrid from November 6 to 11, 2018. While we celebrate two years since the unforgettable event, we reviewed some of the best snaps of the tournament.

“The World Championships in Madrid have been an iconic and historic event for Karate. The outstanding development of our sport has been clearly stated here. I am sure that all that we experienced this memorable week in Madrid is just a sign of all the great things still to come for us in the near future,” said WKF President Antonio Espinós after the event.

All the predictions became a reality since Karate used the 2018 World Championships as a steppingstone to continue its progress. Now that the Olympic debut of the sport is in the horizon, the many accomplishments achieved during that magical week in Madrid showcased the status of the sport as an innovate, modern and spectacular discipline.

A record-breaking tally of over 1200 competitors from 131 countries gathered in Madrid for the event. No less than 27 nations from four continents were awarded any of the 82 medals at stake thus demonstrating the global appeal of Karate.

Japan topped the medal table with 10 medals including four golds, followed by Iran and France. In the Para-Karate competition, hosts of Spain were the big winners with four medals and two golds. 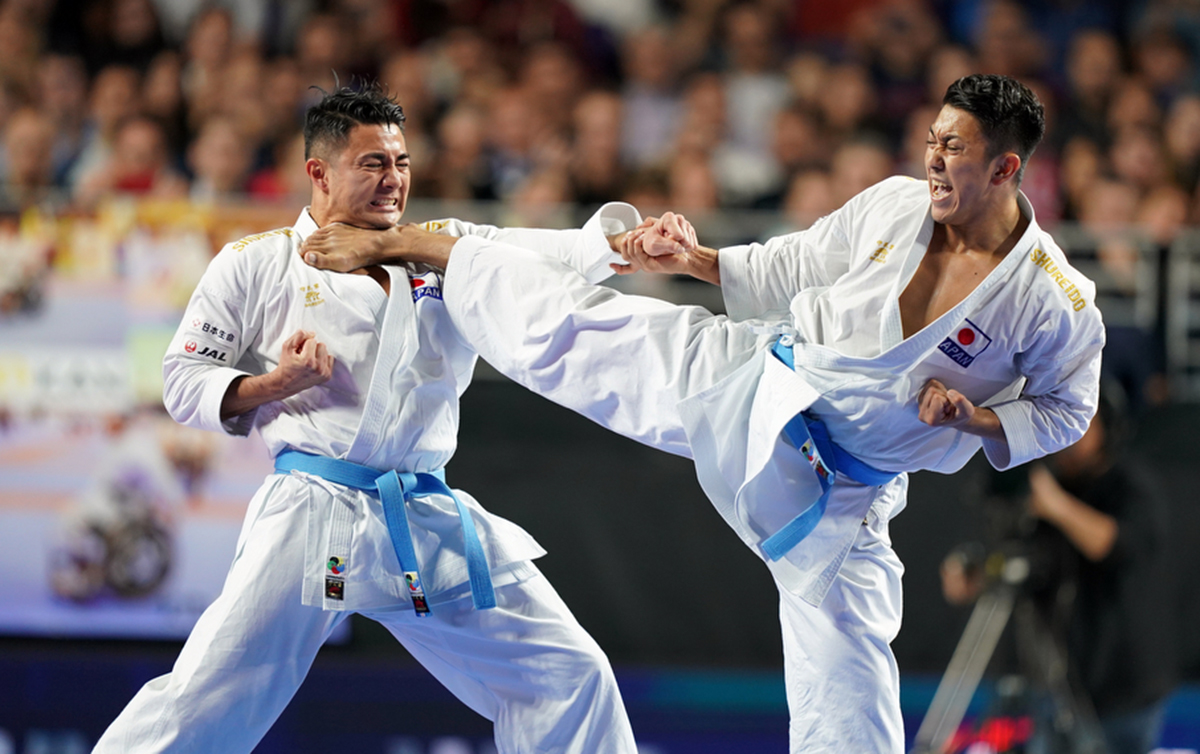 Many heroes of the sport confirmed their star status on the tatami of Wizink Center arena. Sandra Sanchez of Spain became the biggest sensation of the event after taking a much-celebrated gold medal in Female Kata. Meanwhile, Ryo Kiyuna of Japan extended his domination in kata with his third consecutive World title.

In the Male Kumite competition, Steven Dacosta of France was the most laureated idol as he became World champion in one of the most thrilling finals of the event. Jonathan Horne of Germany also caused a sensation among fans with his title and his remembered Ippon in the title-deciding bout against Sajad Ganzjadeh of Iran. 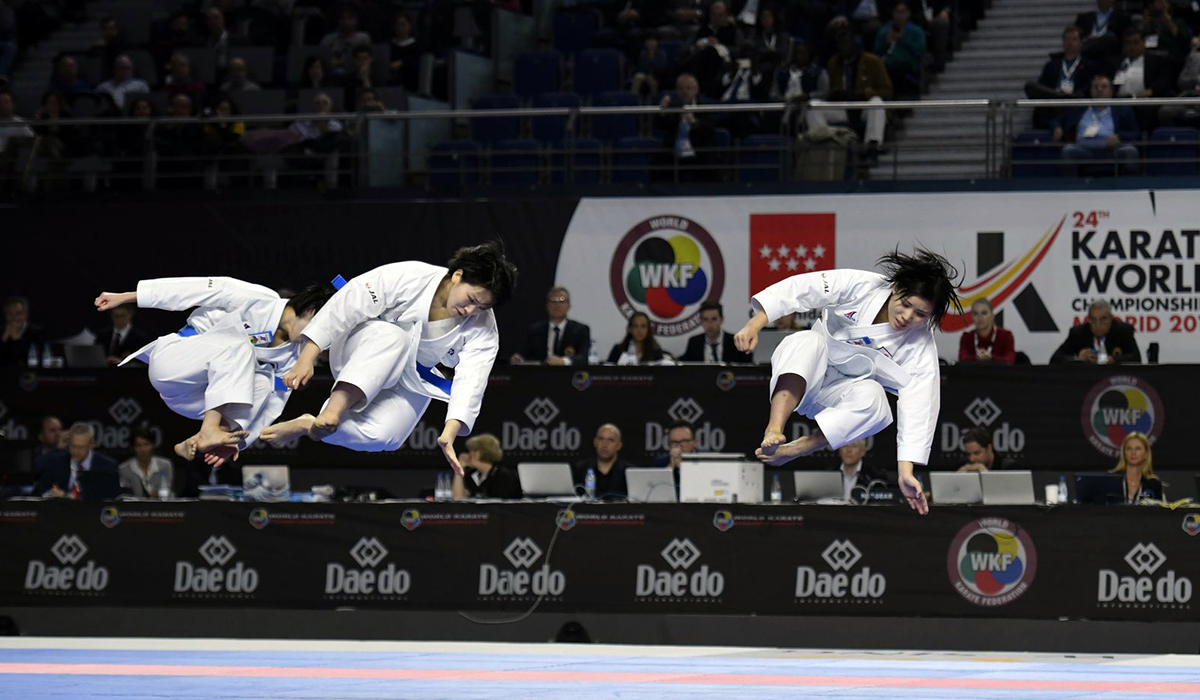 Meanwhile, the Female Kumite competition was determined by surprises and remarkable performances. Dorota Banaszczyk of Poland and her surprising victory in Female Kumite -55kg, Jovana Prekovic of Serbia and her forceful triumph in Female Kumite -61kg and Eleni Chatziliadou of Greece after defeating favourite Ayumi Uekusa of Japan in Female Kumite +68kg starred in some of the most memorable clashes of the event. 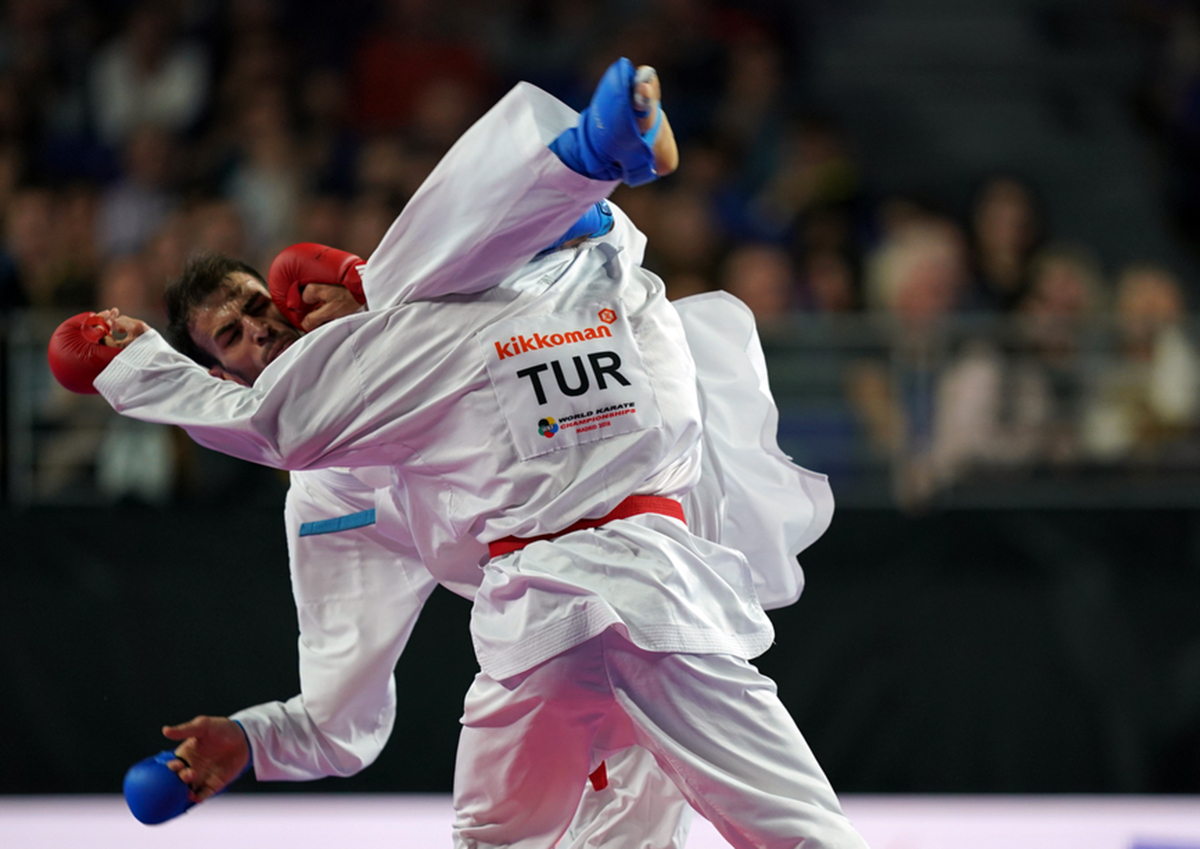 The coveted MVP awards went to Kiyou Shimizu and Ryo Kiyuna of Japan in Kata, Dorota Banaszczyk of Poland and Steven Dacosta of France in Kumite, and Deborah Knihs of Brazil and Abdelaziz Abouelnaga of Egypt in Para-Karate.

The event had an outstanding global impact with TV networks in 182 countries broadcasting the competition and over 200 journalists from 30 countries covering the tournament on-site. 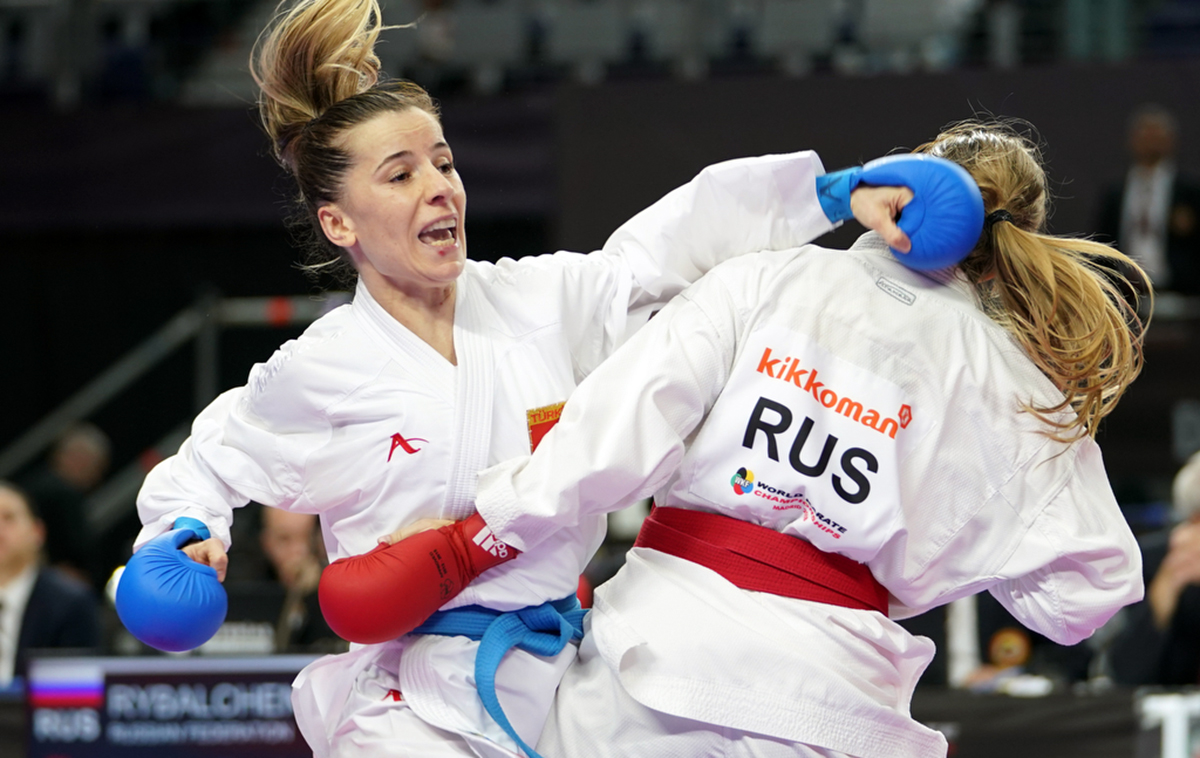 The Karate world was set to continue the progression of the sport at the anticipated 25th edition of the World Championships in Dubai (UAE). Unfortunately, the effects of the coronavirus pandemic forced the postponement of the event to 2021. Now, the event is scheduled for November 16 to 21, 2021. It will be another opportunity to celebrate the greatness of the sport at Karate’s biggest event.

The Para-Karate competition at the 2018 Karate World Championships was a memorable event to remember. 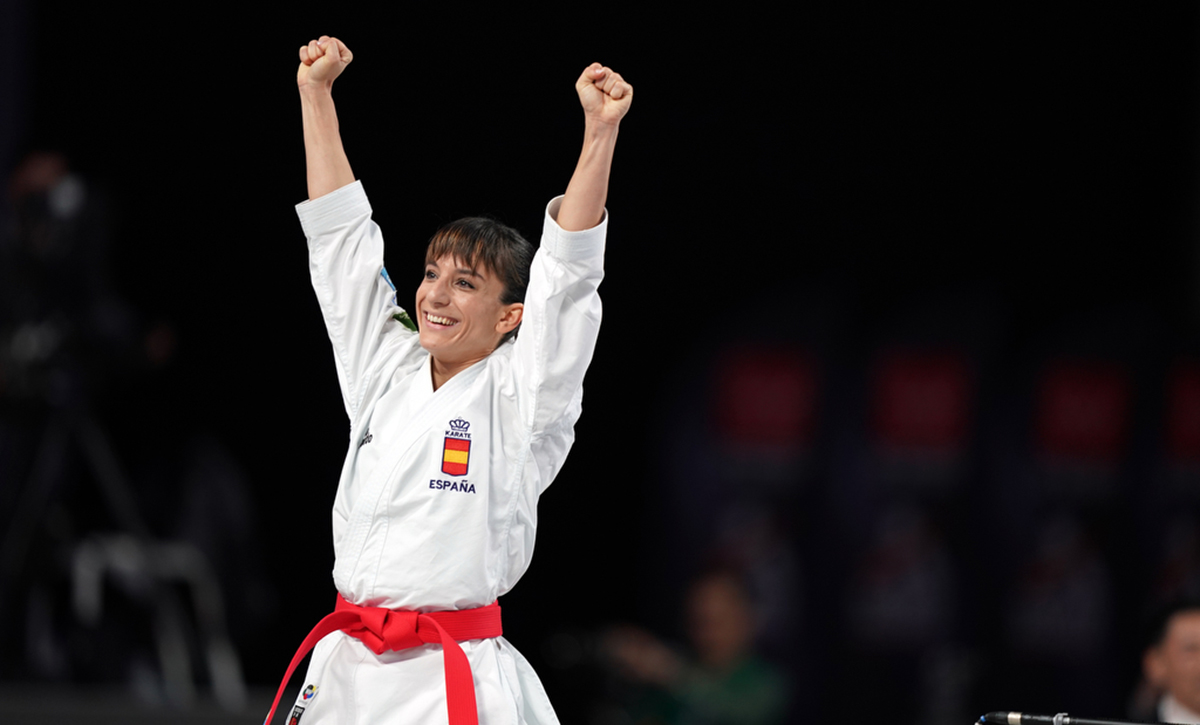 Sandra Sanchez of Spain was one of the big stars of the event after claiming the gold medal in Female Kata. 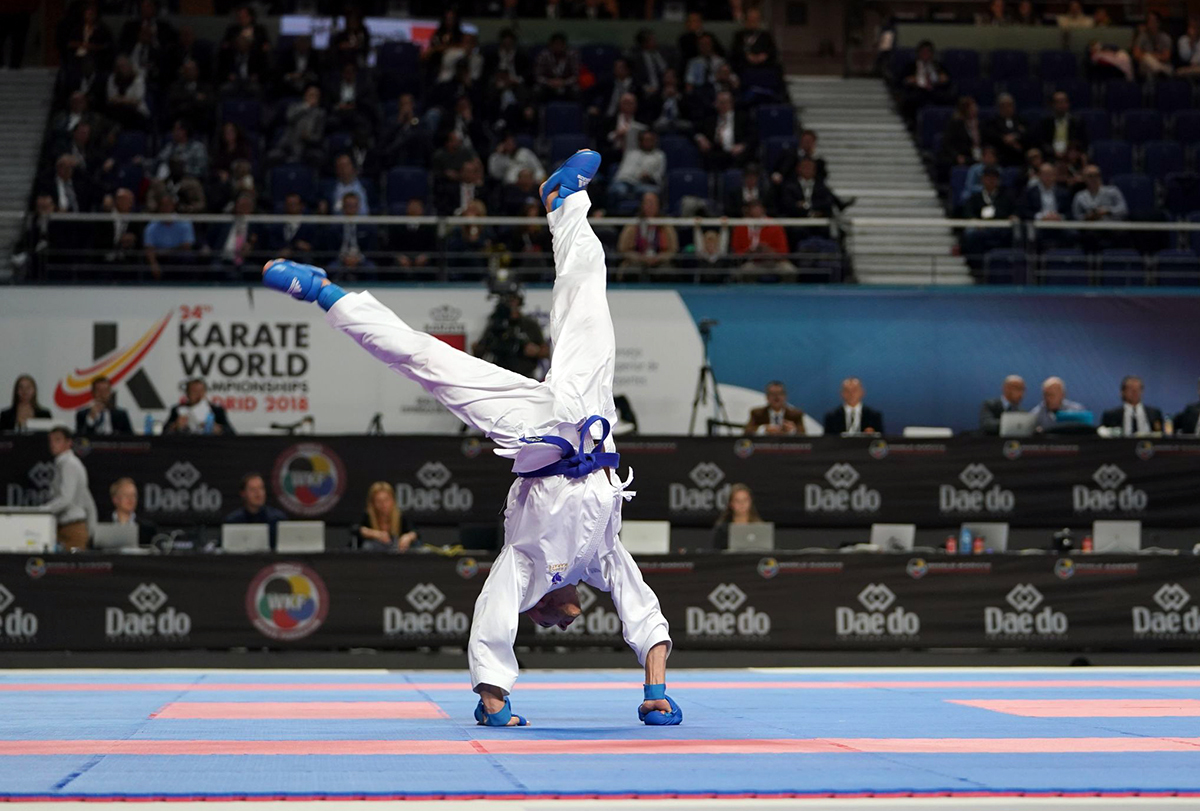 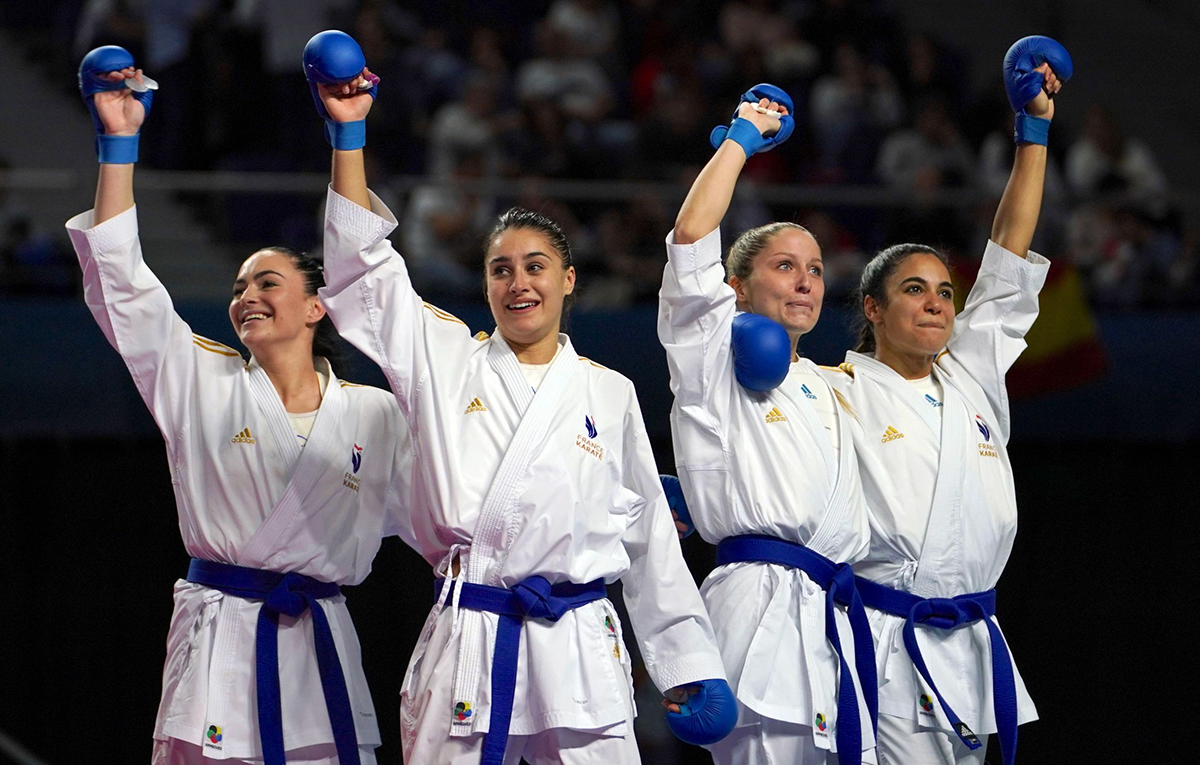 The Female Kumite Team of France after taking the crown for the second time in a row.