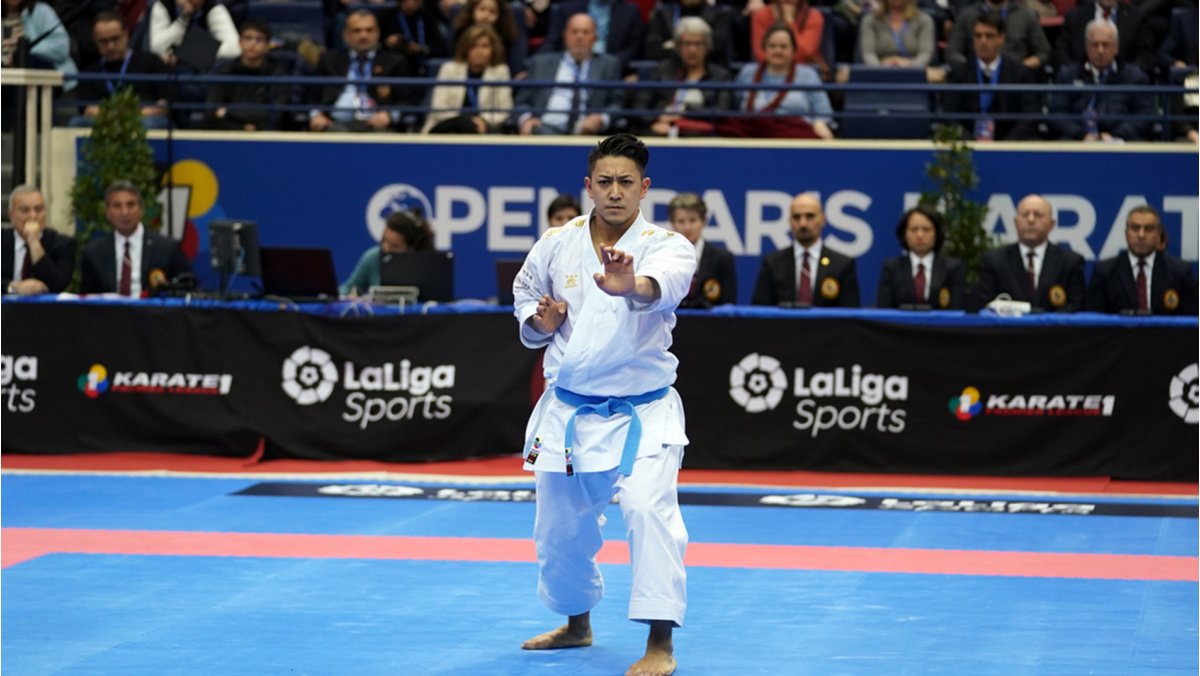 The 2020 Karate 1-Premier League Paris concluded at Stade Pierre de Coubertin sports hall today as the heroes of the sport topped the medal table of the event.

The 2020 Karate 1-Premier League Paris concluded at Stade Pierre de Coubertin sports hall today as the heroes of the sport topped the medal table of the event. The opening tournament of the season of Karate’s first-class series of international competitions had Sandra Sanchez, Ryo Kiyuna, Serap Ozcelik, and Steven Dacosta among the big stars of the day.

The surprising title-deciding bout of Female Kata ended with Sandra Sanchez of Spain perpetuating her domination of the category. The current Grand Winner and World champion from Spain beat Viviana Bottaro of Italy who produced one of the biggest upsets of the tournament with her qualification for the final. Sanchez excelled in her presentation of “Chantanyara Kushanku” kata and got a score of 28.4 for 27.0 for Bottaro. It is the first time that Sanchez wins gold in Paris to a total of 14 titles in Karate 1-Premier League. 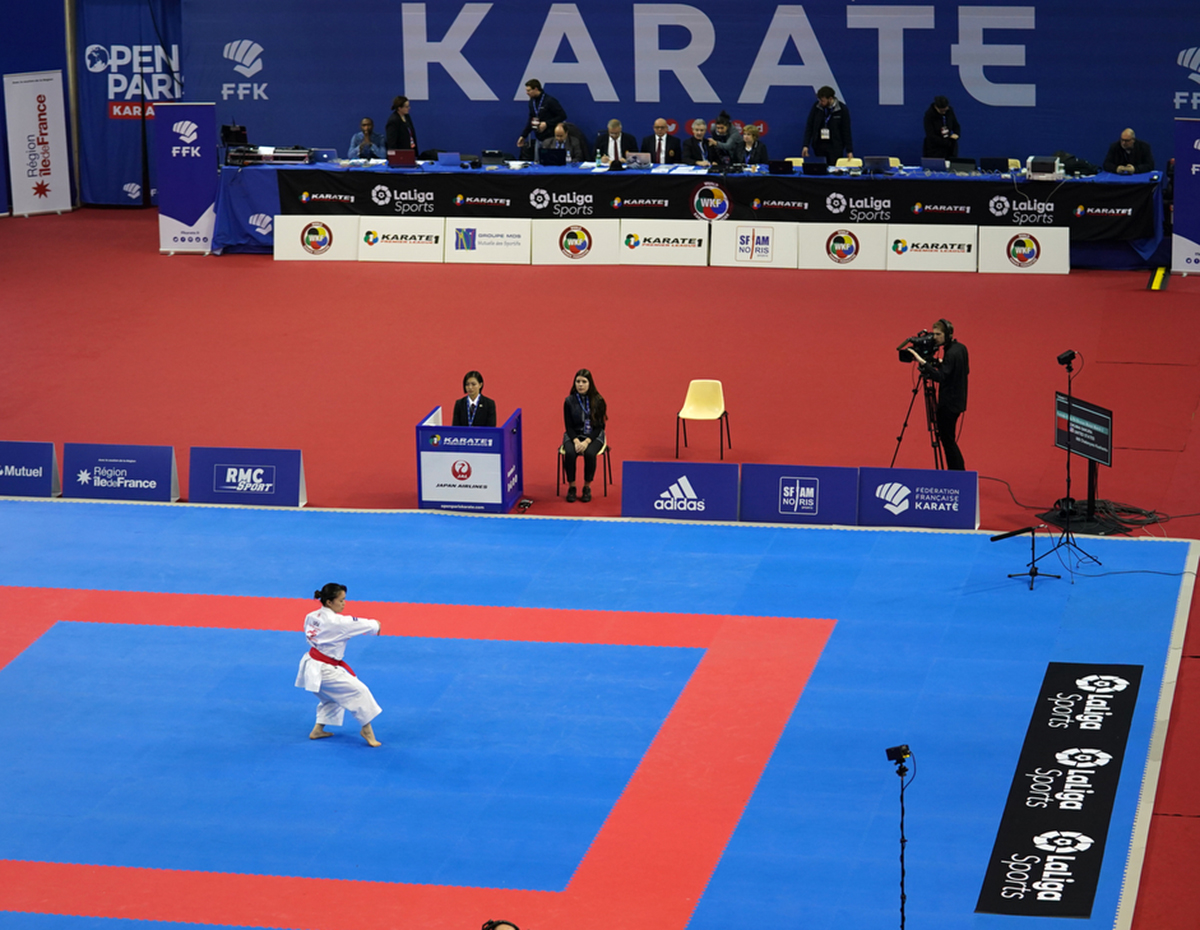 After claiming six out of seven titles last year, Ryo Kiyuna of Japan confirmed his status as number one in the world with a flawless performance in Paris. The current Grand Winner and World champion defeated Damian Quintero of Spain in the final of Male Kata thus extending his authority of the category. The three-time World title-holder from Japan received a score of 28.68 with “Anan Dai” kata, for 27.08 of Quintero.

Ryo Kiyuna said: “I feel very good with this victory. My performance went well but I think I still can improve and make it better”.

In Female Kumite -50kg, the final in Paris was a repetition of the title-deciding bout of the last World Championships. Unlike the big event in Madrid two years ago, victory ended this time in Serap Ozcelik Arapoglu’ s hands. Demonstrating a fantastic form and overwhelming domination of the category, the current Grand Winner from Turkey won gold at the opening event of the Karate 1-Premier League season following a convincing 10-4 triumph.

Serap Ozcelik Arapoglu: “I am very happy with this victory because my opponent is very strong. I was not thinking about anything in particular during the bout (to show such domination), I just wanted to fight and I did it.” 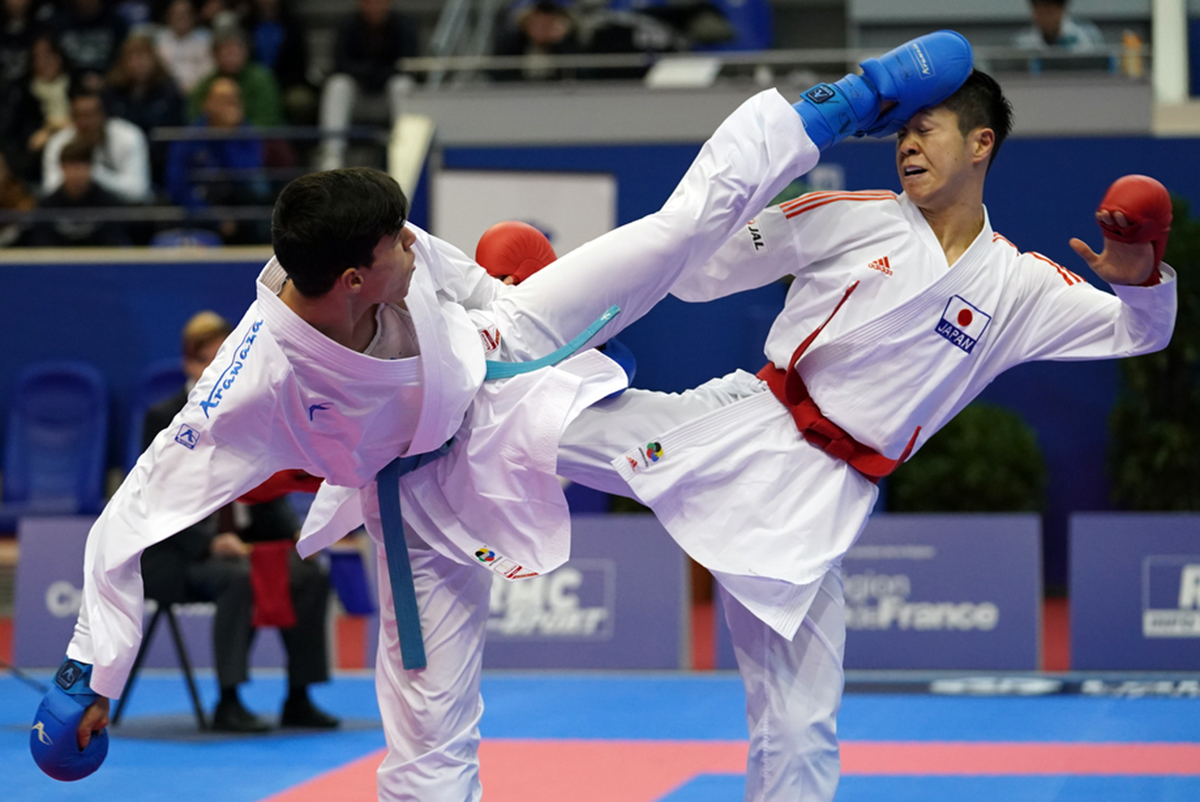 The last two Grand Winners in Male Kumite -60kg clashed in the final of the category today. The current owner of the golden karategi of the category Darkhan Assadilov of Kazakhstan was surprised by the previous Grand Winner Eray Samdan of Turkey. In a very tight bout, Samdan had the edge to win the match 5-4 and to claim his first Karate 1-Premier League crown since his victory at the 2018 Karate 1-Premier League Tokyo.

It was one of the most one-sided and surprising results of the day. Anna Chernysheva of Russia shocked top favourite and current Grand Winner Anzhelika Terliga to win the title of Female Kumite -55kg. In just one minute, the young athlete from Russia who is the current Junior European champion took one early Ippon, followed by a Waza-ari and then one spectacular closing Ippon to put the 8-0 that ended the bout two minutes ahead of time-up. 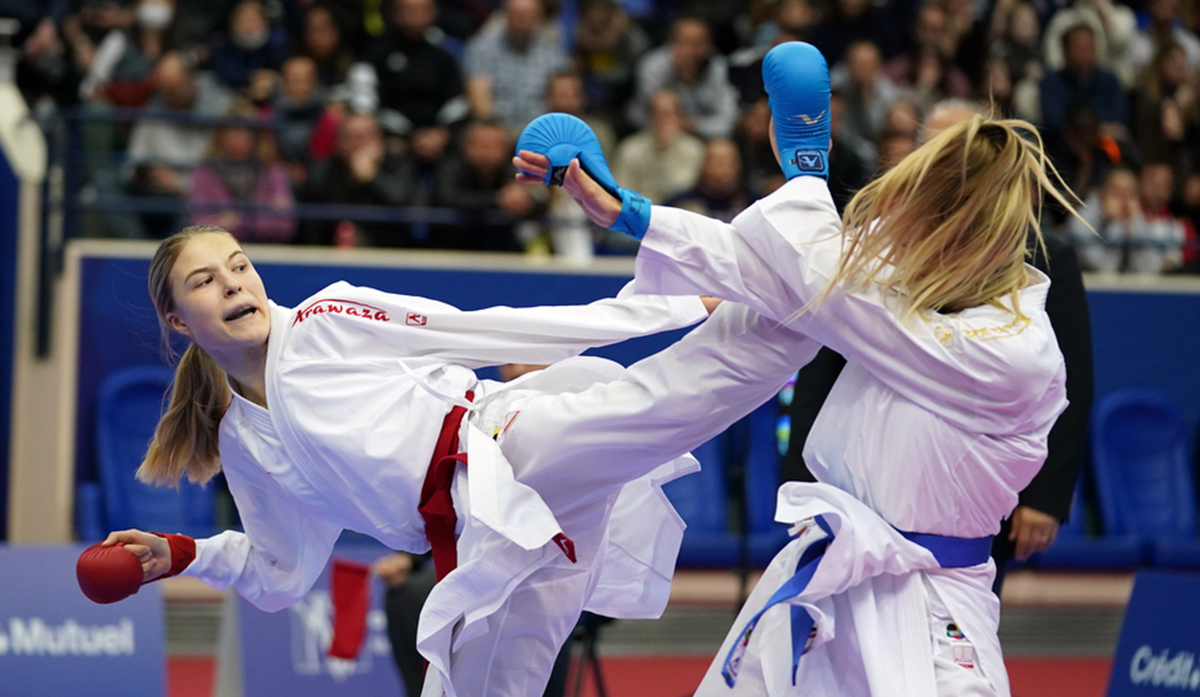 STEVEN DACOSTA PRODUCES MOST SPECTACULAR PERFORMANCE OF THE DAY

In front of a full-crowd arena, Steven Dacosta kept the title he won last year in Paris with a convincing performance at home. The most-followed French athlete upset Italy’s Luca Maresca in one of the highlights of the day. The current Grand Winner started the clash of top form, taking a Yuko and then an Ippon. Maresca came back with one “Ippon”, but that only aroused Dacosta’s beast. In a dazzling demonstration of abilities, the defending Grand Winner and World champion scored two Ippon and one Waza-ari to finish the bout 12-3.

Steven Dacosta said: “It was extraordinary, I am very thrilled. I had very good feelings today, fighting here in Paris, at home with so much support from the stands. I can only thank all the fans here for their support. I felt all their help and I am glad that it ended this way”. 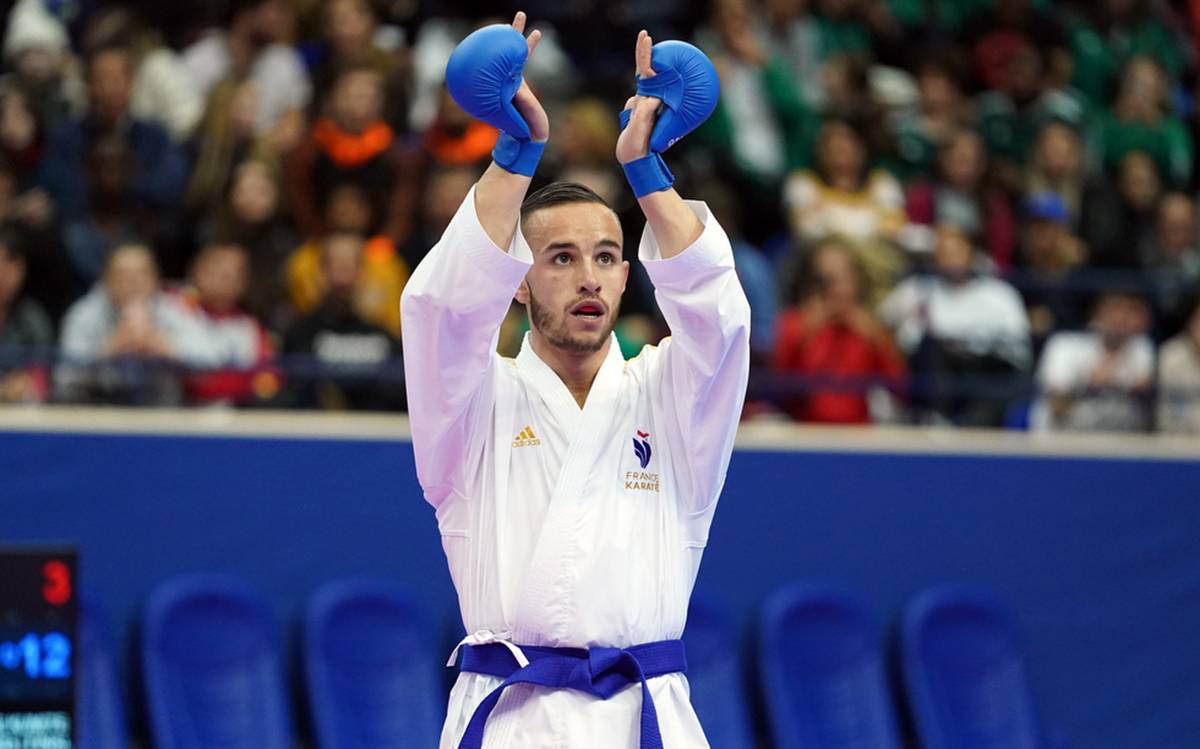 Following the successful performance of Grand Winners today, Irina Zaretska of Azerbaijan claimed a hard-fought victory in Female Kumite -68kg. The current Grand Winner and World champion defeated Feryal Abdelaziz of Egypt 3-0 thus maintaining her domination of the category. In addition to holding the Grand Winner and World crown, Zaretska is the number one in WKF World ranking and top-ranked athlete in the Olympic standing.

Irina Zaretska said: “I was a little bit nervous in the final, but I was able to concentrate. I managed to push harder and to give all that I could to win the final. This year I want to take as many points and as many gold medals as I can.”

Merve Coban’s tight victory over Grand Winner Xiaoyan Yin of China in Female Kumite -61kg (2-1), Egypt’s Ahmed Mohamed Ramadan’s triumph by “Hantei” or decision over Ryutaro Araga of Japan in Male Kumite -84kg and the hard-fought win by Hamideh Abbasali of Iran over Meltem Hocaoglu Akyol of Turkey in Female Kumite +68kg (6-3) completed the list of winners today. Spain and Turkey won the crowns in Female and Male Team Kata.

The 2020 Karate 1-Premier League continues with the second event of the season to be held in Dubai (UAE) from February 14 to 16.

CLICK HERE to go to all the information of the Karate 1-Premier League Paris.