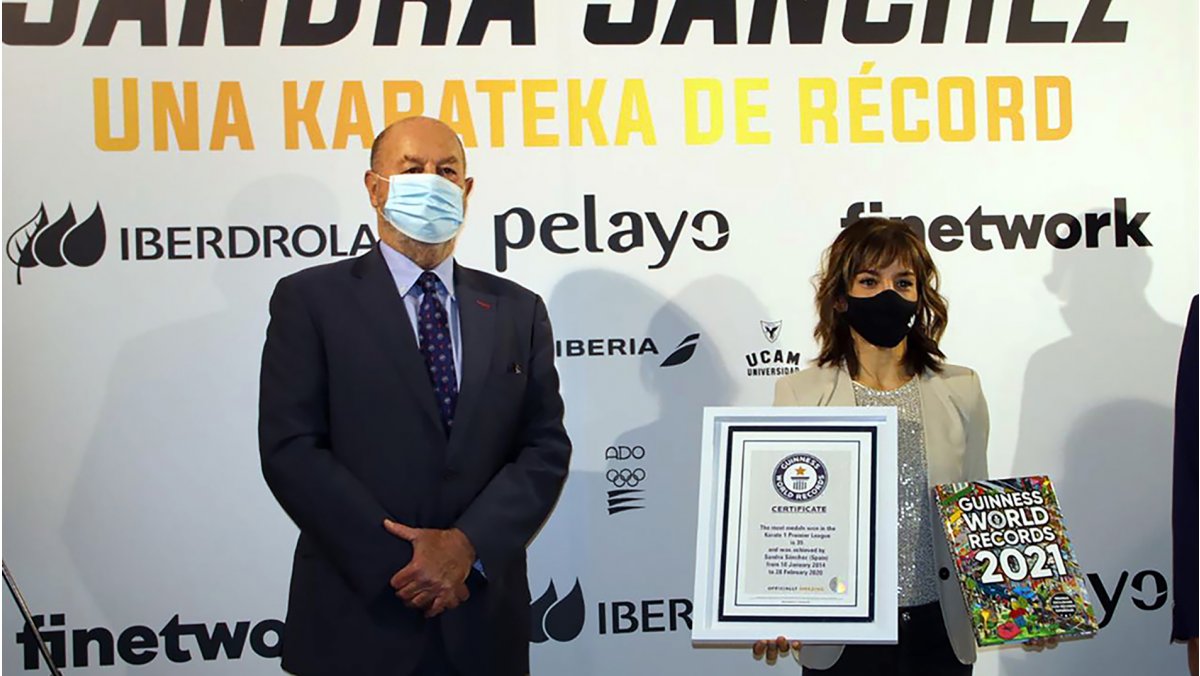 Spain’s Sandra Sanchez has been recognised by Guinness World Records for her historic performance at the Karate 1-Premier League events.

Spain’s Sandra Sanchez has been recognised by Guinness World Records for her historic performance at the Karate 1-Premier League events. The current World Champion and World ranking leader received the recognition in a ceremony with WKF President Antonio Espinós on attendance.

Guinness World Records, the global authority on record-breaking recognised Karate Star Sandra Sanchez of Spain for her successful career at the Karate 1-Premier League. The ceremony was celebrated today in Madrid and the Spanish karateka received the recognition from WKF President Antonio Espinós.

“There is no secret to win so many medals. At least, I don’t know it. It is just a matter of training, training, and working hard. It is really nice to have received this recognition. At first, when I heard about it, I couldn’t believe it. I just went: ‘I have a record! I have a record!”, Sandra Sanchez said at the ceremony. 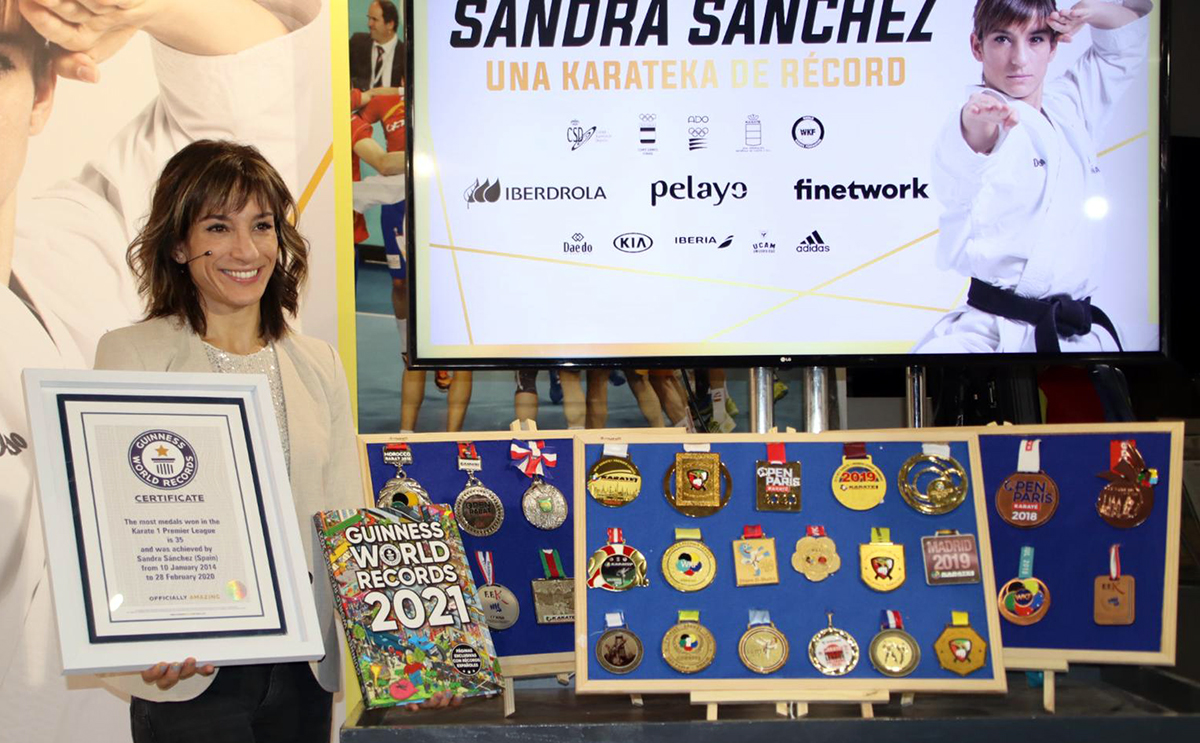 Following this outstanding performance, Guinness World Records recognised Sanchez as the athlete with the most medals won in Karate’s top competition. The recognition extends the Spaniard’s impressive list of honours as Sanchez is the current World champion, defending European title-holder, number one in WKF World ranking and in Karate Olympic Standings and current owner of the Grand Winner award.

“Sandra Sanchez represents – as many other karatekas do – the strength of our values such as tenacity, commitment, and overcoming difficulties. Over the years, she has continuously broken barriers and she has become a true example for future karatekas. It is an honour to have participated in the ceremony and I hope that she continues earning more and more recognitions and awards,” said WKF President Antonio Espinós. 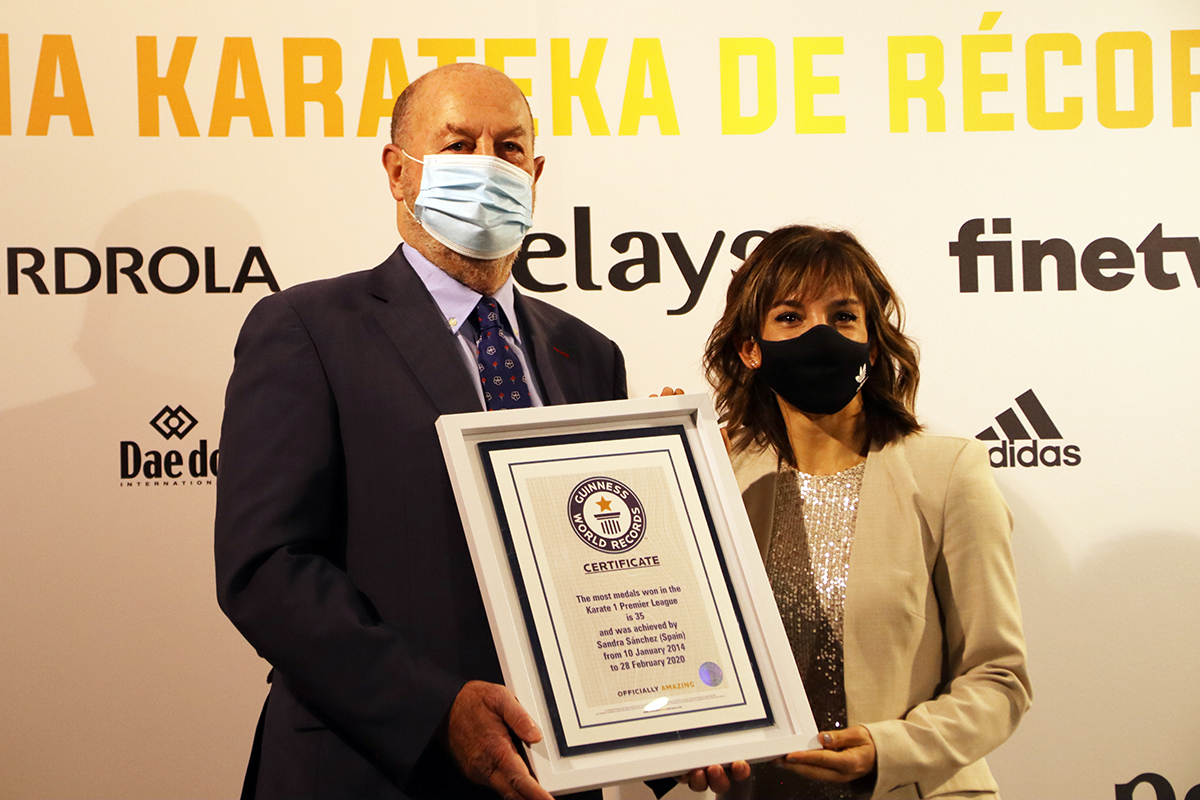