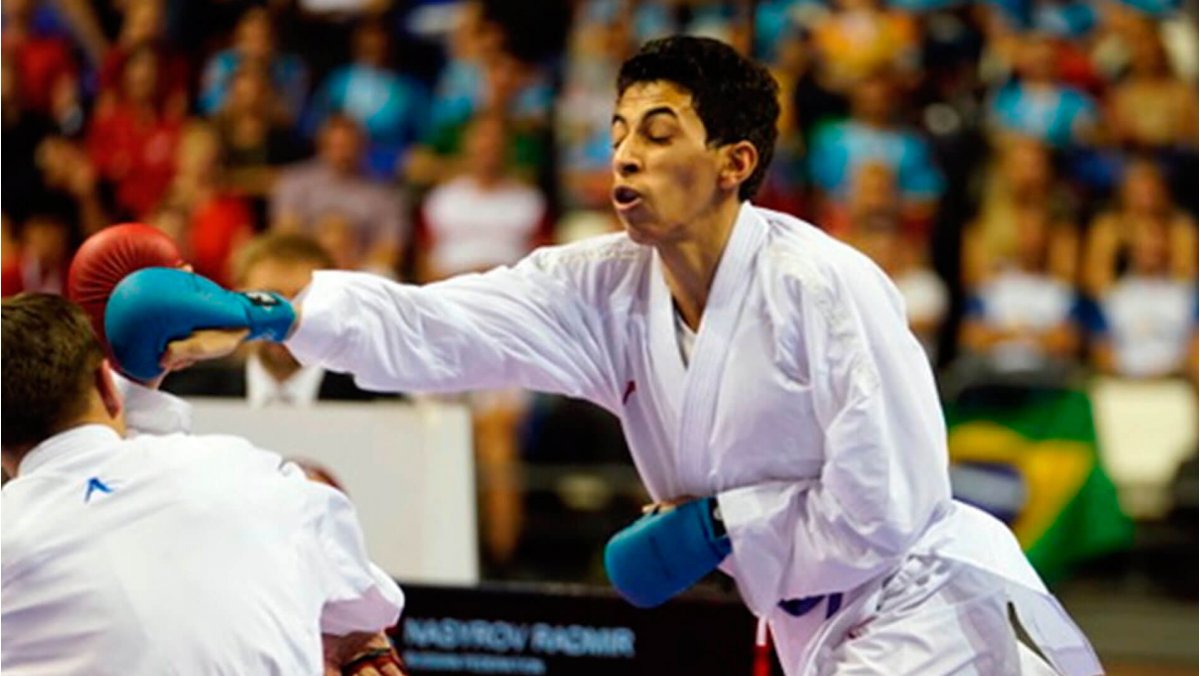 Nawaf Almalki of Saudi Arabia and Gwendoline Philippe of France were among the winners of the fourth day of Karate action at the World Cadet, Junior & U21 Championships held in Tenerife as Japan maintain their top position at the medal table.

Nawaf Almalki of Saudi Arabia and Gwendoline Philippe of France were among the winners of the fourth day of Karate action at the World Cadet, Junior & U21 Championships held in Tenerife as Japan maintain their top position at the medal table.

Saudi Arabia’s Nawaf Almalki demonstrated with his victory in Cadet Kumite -57kg that Karate runs in the family. The new world champion’s brother is 2016 Grand Winner Emad Almalki, so the promising karateka is continuing the family saga of first-class competitors coming from the Asian nation.

“It is a feeling that I cannot describe. I am so proud to represent Saudi Arabia in this tournament and it is a source of pride to be able to succeed here,” said the younger of the Almalki brothers. “I would like to dedicate this medal to my family, my friends and my country,” added the new world champion who got gold in outstanding style after producing an impressive striking demonstration. The Saudi Arabia’s rising star managed to complete two waza-ari and one yuko to defeat Radmir Nasyrov of Russia.

France’s Gwendoline Phillipe confirmed her status of one of the most promising karatekas with her victory in U21 Kumite Female -61kg. The 19-year-old competitor was acting as current World champion and managed to take her second consecutive world title in Tenerife. The current world and European title-holder defeated Ielyzaveta Sirosh of Ukraine by “senshuu” and won her fifth gold medal in ten international appearances.

“It is a wonderful feeling. It was a difficult tournament for me because I had to change categories but I worked hard and I am super happy to be world champion again. I am thrilled for this second title. It was a lot of sacrifices and I want to dedicate this to my family who could not be here with me,” said Gwendoline Phillipe 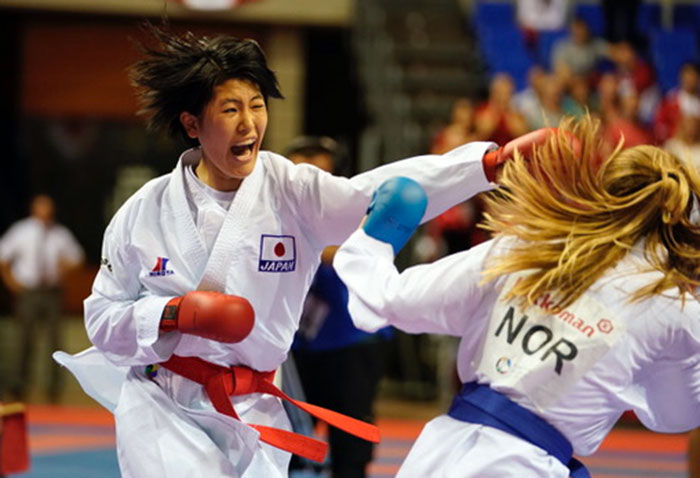 The strongest-performing nation in the fourth day of competition in Tenerife, however, was Japan as they claimed three gold medals today. Representatives of the birth nation of the sport increased their impressive tally of medals thus far to a total of 15 awards.

Kenta Sakai became the fifth gold medallist for Japan after defeating Mohamed Salah Mohamed of Egypt with four yukos in the final of Cadet Kumite -52kg. Shota Uchino also took the Japanese flag to the top of the podium with his victory over Lasse Boegelund of Denmark by “senshuu” as the two competitors claimed two yukos each. The third gold for Japan was achieved by Sakura Sawashima who beat Nora Benedicte Handelsby of Norway by 2-0 in Cadet Kumite Female +54kg

“I want to thank all my family and my ‘sensei’ and all those who helped me to achieve this triumph,” said Shota Uchino. “It is great that Japan is winning so many medals at this tournament,” the young karateka added.

“In the end, I was able to make my dream come true of becoming world champion. I am very happy. To be the number one is very important for me and I am also very glad to contribute to Japan continuing on top of the tournament,” said Sakura Sawashima.

One of the highlights of the day was Spain’s Nadia Gomez outstanding quest to the top of the podium in U21 Kumite Female -50kg. The representative of the host nation received two early yukos in the final against Sara Bahmanyar Estalkhebejari of Iran; however, the young local heroine produced an impressive come-back and connected two sensational ippon by mawashi-geri kicks to end up winning the bout by 7-3.

“It is a dream come true. Ever since I was a little girl, even before I did Karate, I dreamt of becoming world champion and today I could make it. When I heard the national anthem I saw my parents and my family who are here with me, I could not control myself to cry my eyes out. I still don’t believe it,” said Nadia Gomez. 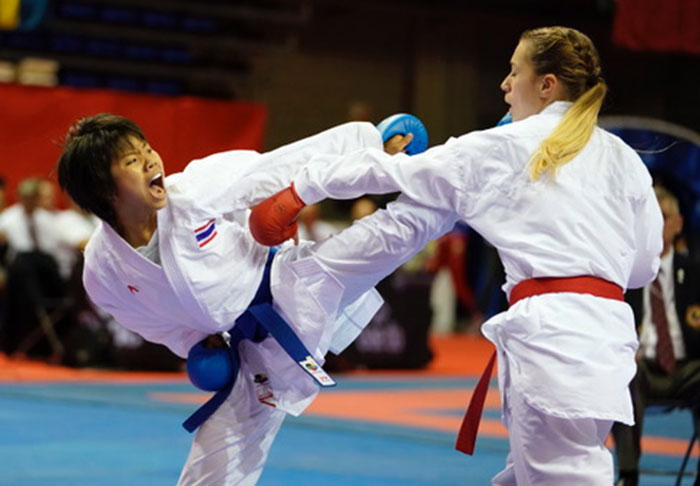 The celebration for hosts could not be completed since local karateka Marina Caceres was defeated by Iran’s Avishan Bagheri in U21 Kumite Female -55kg. The Iranian took two yukos and one late ippon to claim the gold medal.

Bojan Boskovic of Montenegro claimed the first gold for his country in the tournament with his triumph by split decision over Andre Dos Santos of Brazil in the Cadet Kumite Male -70kg category. Frederik Petersen Godthjaelp of Denmark also inaugurated the count of golds for his nation with a convincing triumph over Benjamin Nunez of Chile in Cadet Kumite Male +70kg. The young Danish karateka signed two yuko and one impressive ippon by mawashi-geri to reach the top of the podium.

ALL THE ACTION OF #KARATETENERIFE2017 LIVE ON THE OLYMPIC CHANNEL AND KARATEWORLD.TV ON FINAL DAY

The tournament will end on Sunday with the final day of competition. The live stream of the 2017 World Cadet, Junior & U21 Championships of the last day begins at 14.00 (CET) and you can find all the excitement LIVE and FREE on karateworld.tv and on the Olympic Channel.