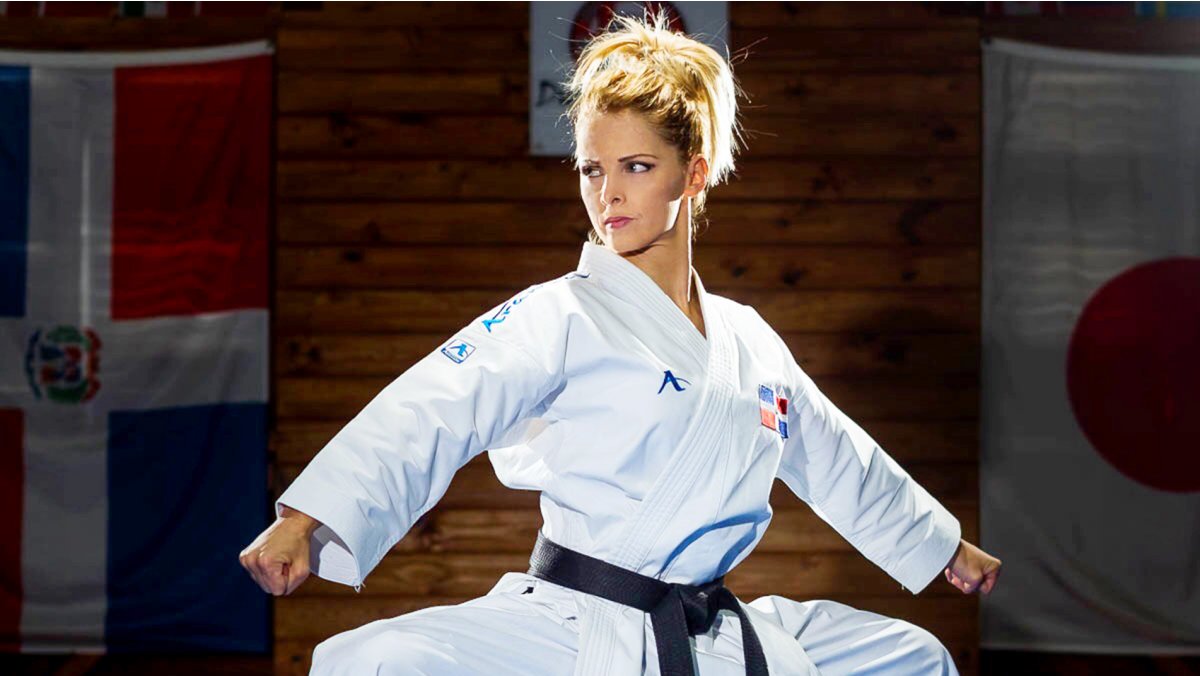 The current Pan American title-holder demonstrated the strength of Karate Values when she decided to take action to help the most vulnerable. While the coronavirus pandemic was in full force in the Dominican Republic, she intervened to assist those who were terribly affected by the devastating epidemic.

Through the foundation that she leads, Dimitrova managed to distribute food and basic necessity items to disadvantaged girls in the Dominican Republic. 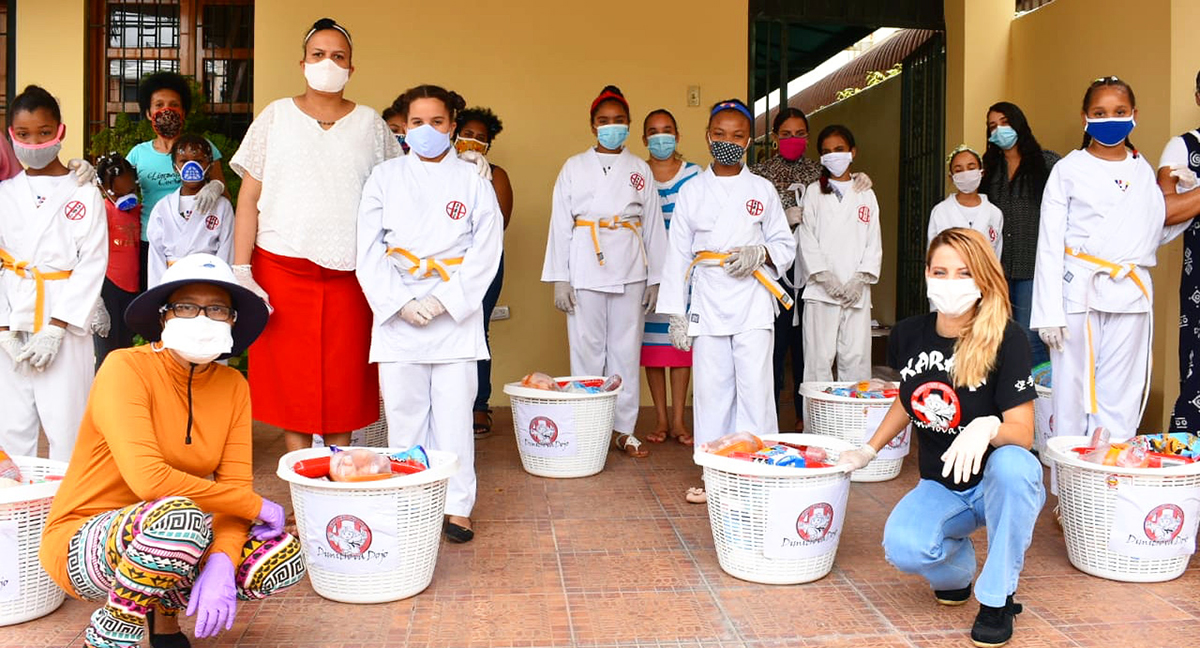 “We know that it is never enough but in these really difficult times due to COVID-19, we believe that anything we can do to help will have a very positive impact,” said the Kata champion.

MAKING THE WORLD A BETTER PLACE WITH MARIA DIMITROVA FOUNDATION

“We work with girls who go through very difficult situations. Some of them come from unstructured and broken families; girls whose mothers are prostitutes or are in jail. They lack all kinds of values. They do not know what it is to receive love or affection because no one has ever taken care of them,” said the Dominican athlete. 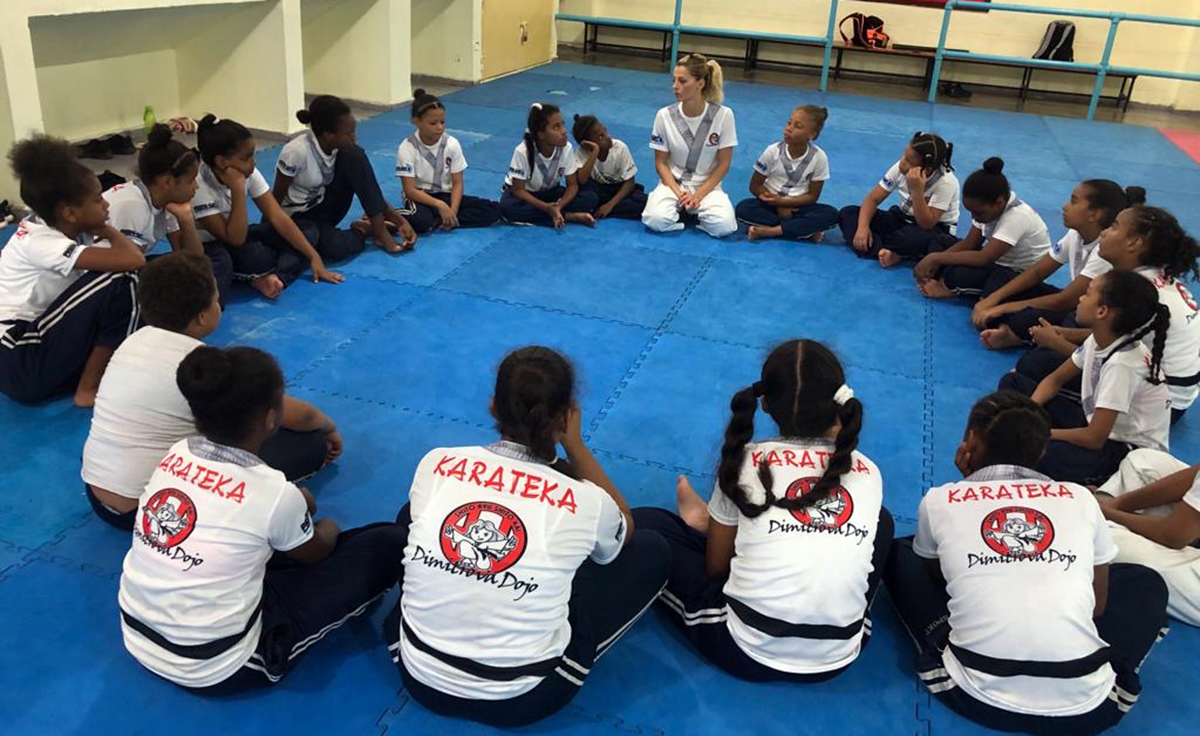 “Our goal is to make them understand their value as human beings; we want to make them respect themselves, so they can demand respect from others. In this way, we hope that they will become good citizens, good people. It is amazing to see their great progress when they receive a little bit of affection,” added the Pan American champion.

Since its creation, the “Maria Dimitrova Foundation” has helped over 150 boys and girls in the Dominican Republic.

“At the beginning, I decided to create the foundation to help kids who wanted to do Karate but could not afford it. Afterwards, I met a mother who worked at an orphanage and I established a section to help these children as well. Then, I realised that most of the girls in these groups suffered from terrible abuse. That is when I decided to formalise the foundation,” said the karateka who is ranked in 11th position in WKF World ranking. 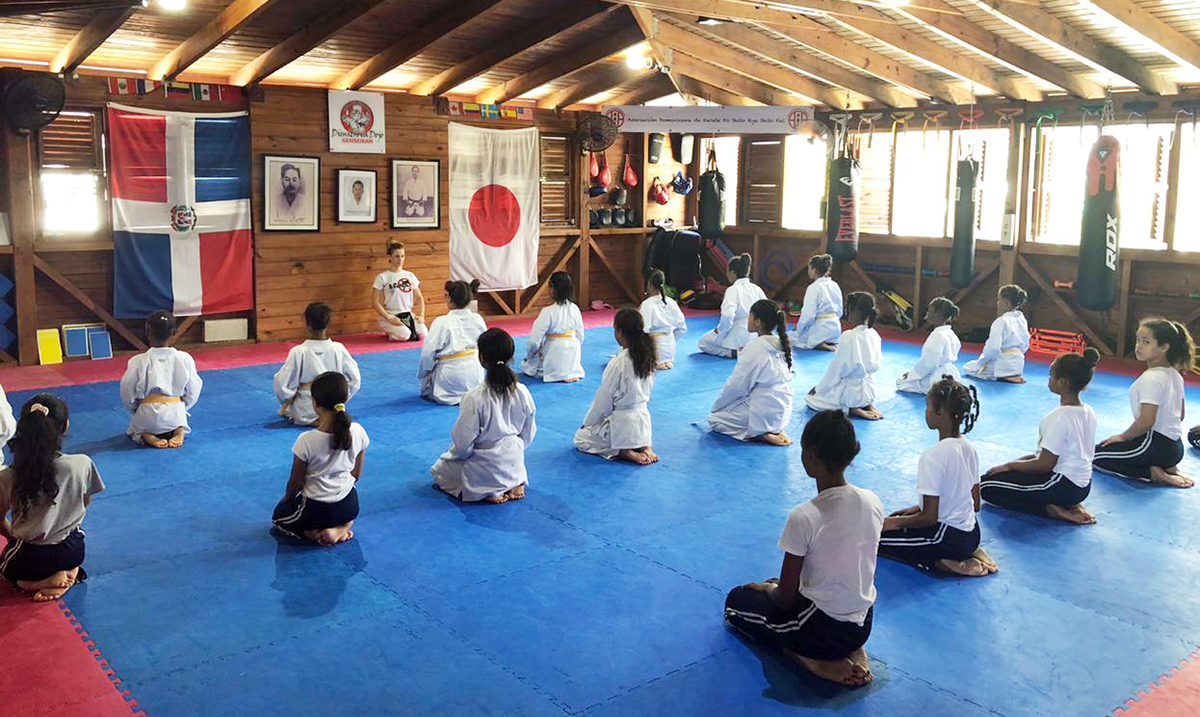 “Discipline, respect, self-confidence … we want to share all these principles of Karate with them. It is very encouraging to see them earning trust and inner strength; these are the values that they can apply to their lives,” stated Dimitrova.

BREAKING RECORDS INSIDE AND OUTSIDE THE TATAMI

Maria Dimitrova is the best Karate athlete in the history of the sport in the Dominican Republic and one of the best Kata karatekas of all times in the continent. An eight-time Pan American Championships medallist, Maria Dimitrova is the current continental champion and Pan American Games runner-up in the category of Female Kata. She is placed in 10th position in Karate’s Olympic standings, and she claimed bronze in the first edition of the ANOC World Beach Games. 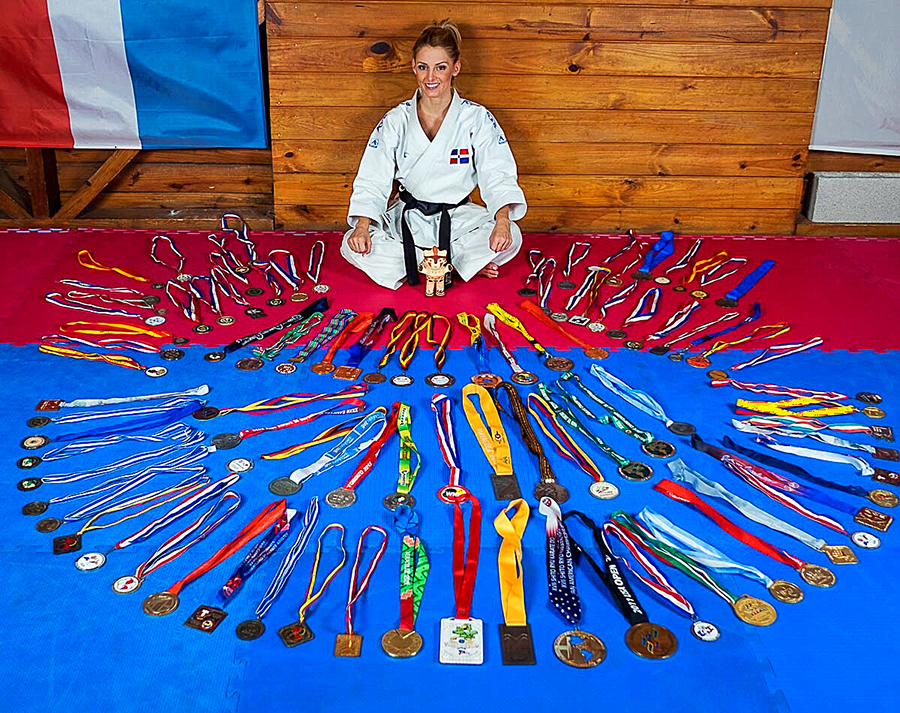 “Karate has taught me to be strong, to overcome all the difficulties and disappointments. In sport, you may win but you also lose. When you learn to come back up after a defeat, you really grow as a person,” said the karateka who started in the sport to follow her father’s footsteps as a martial arts enthusiast.

A five-dan black belt in “Shito-Ryu” style, the 34-year-old athlete caused a sensation in Karate when she took medals in international events in Female Kata, Female Team Kata and Female Kumite -50kg.

“The most emotional moment of my career was when I won my first medal in an international competition. It was very hard for me to reach that moment. When I started competing at the international level, I would always lose in the first round. I would not even get a flag in my favour,” explains Dimitrova. 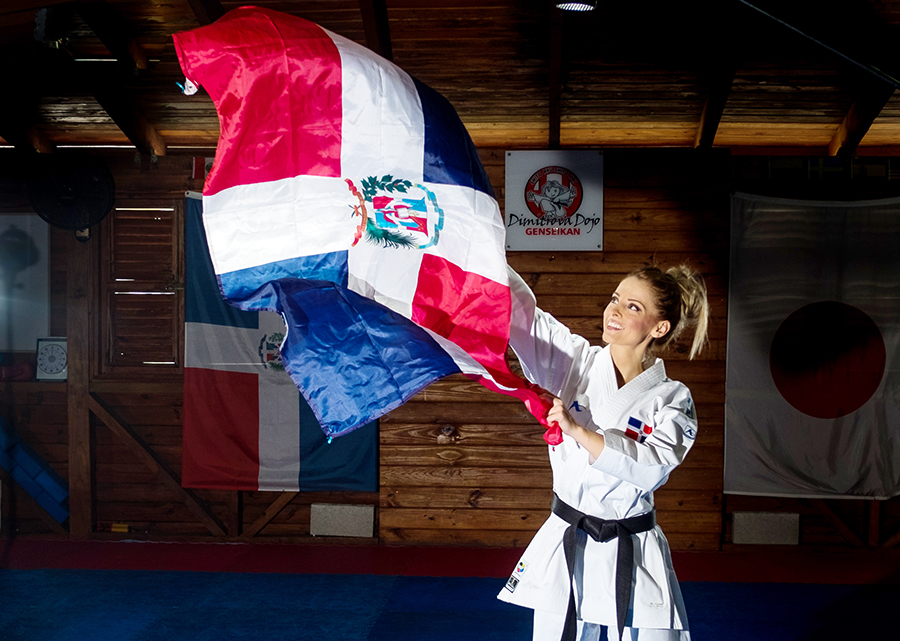 “One day, I decided that if I did not receive a flag (from a judge) in my next competition, I would reconsider my future in Karate. The event was the 2005 Caribbean and Central American Championships. I did not just pass the first round, I ended up winning the silver medal,” added the Karate Star.

“At that time, I understood that success only comes after hard work, dedication and focus,” she points out.

Medals and accomplishment started pouring in after that moment. That is when local media began using the epithet that has escorted her over the years: Karate Princess. 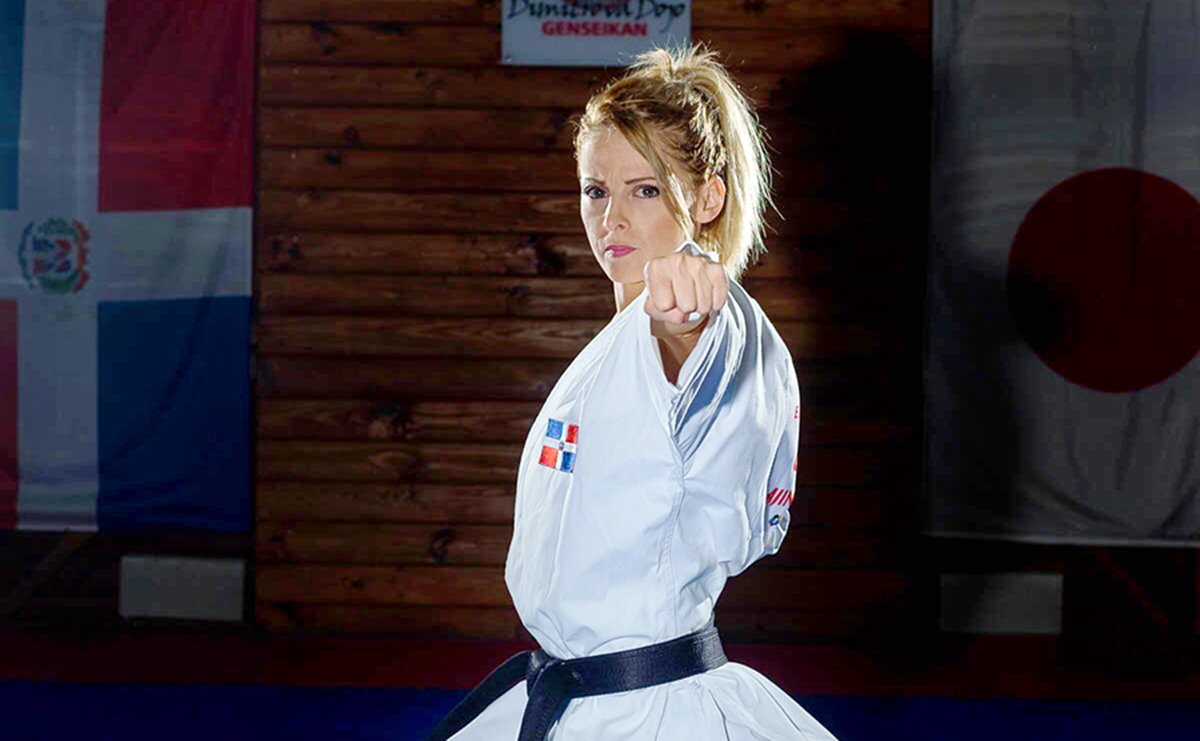 “It started as a nickname that journalists here in the Dominican Republic gave me when I started winning medals in international events,” Dimitrova explains.

“When I got back from the Pan American Games in Lima last year, I was named ‘The Queen of the Games’ because I was the only Dominican athlete who won two medals there (in individual and team kata). So, I guess I am not the Karate Princess anymore, I am the Karate Queen! I got upgraded!” she jokes.

A LIFE MADE FOR THE BIG SCREEN

Maria Dimitrova’s life has been so eventful that it is a surprise that Hollywood has not called yet.

Born in Bulgaria, Maria Dimitrova left the Eastern European country to live in the idyllic Caribbean nation when she was six years old. Her parents had travelled to the Dominican Republic on vacation and immediately fell in love with the pristine scenery and charming weather of the country. 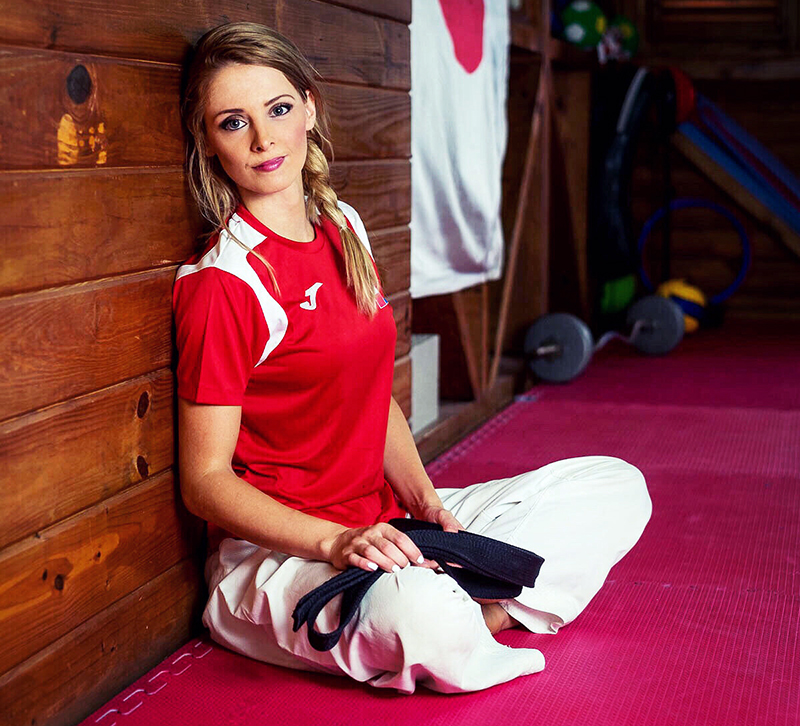 It did not take much for young Maria to make a sensation in her new home. When she was 15 years old, she was selected to conduct and produce a popular TV show for youngsters called “Ven con Mimi” (“Come with Mimi”).

Her success on national TV made her the face of an international tourism campaign which promoted the Dominican Republic in 24 countries and in her three languages (Spanish, English, Bulgarian).

“It came to a point in which I had to make a decision: show business or Karate. I was also studying for my university degree at the time. I chose Karate. I preferred the many challenges that I saw in sports,” declared Dimitrova. 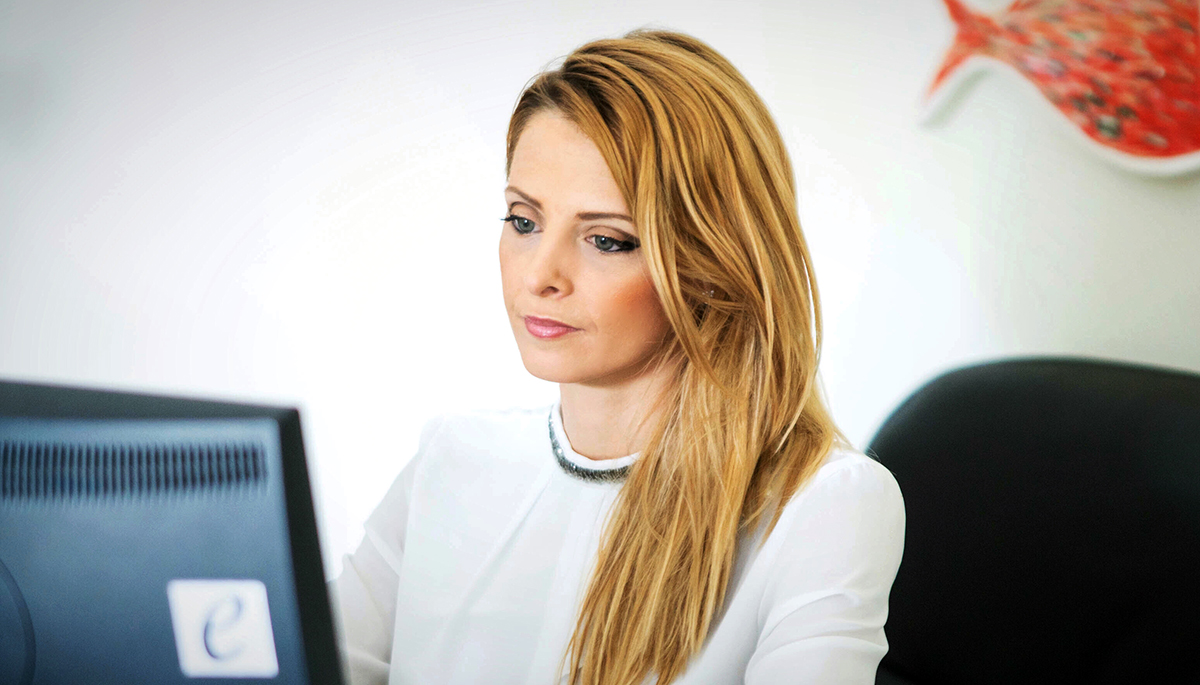 A prospective show business career notwithstanding, Maria Dimitrova has not only devoted her life to make the world a better place through her foundation. She also runs a successful karate gym with no less than five branches and over 200 students.
In addition to this, the Kata master is the owner of Dimitrova Training Academy SRL, a company which teaches martial arts courses and seminars, self-defence classes, and organises motivational and self-help events.

“I have always liked to wear many hats. I don't like to stay sitting around doing nothing. I am an athlete because I want to be an athlete, but I devote my time to many other tasks. I train from 6 to 8 am, and after that, I stop being Maria Dimitrova athlete and start being Maria Dimitrova businesswoman or coach or entrepreneur,” said Dimitrova who points out that coaching is the most fulfilling mission for her nowadays. 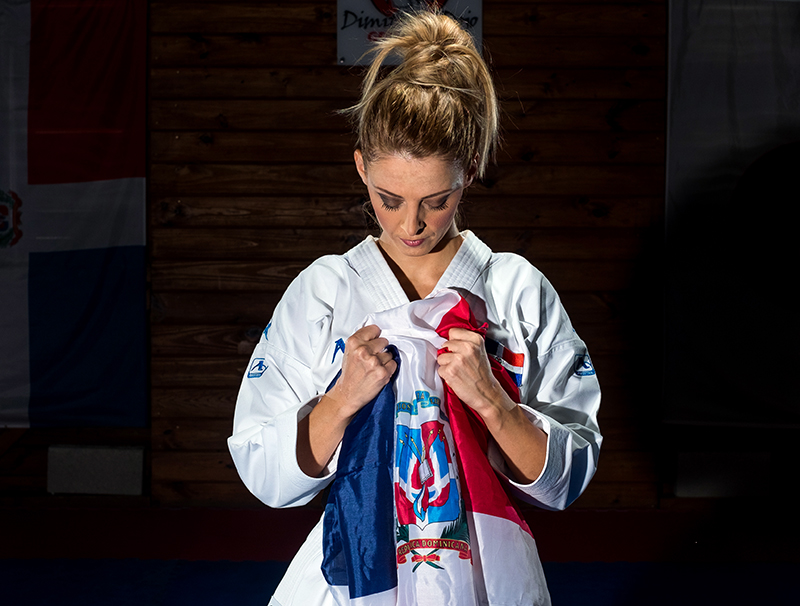 “All the athletes in the national team of the Dominican Republic in Kata, both senior and underage categories, come from Dimitrova dojo,” she explains. “I want my students to take advantage of everything I have learned over the years, to benefit from all the knowledge that I have acquired after so many travels and experiences.”

“I just love to teach them, to contribute to their success. To me, there is nothing more rewarding than helping them to make their dreams come true.”