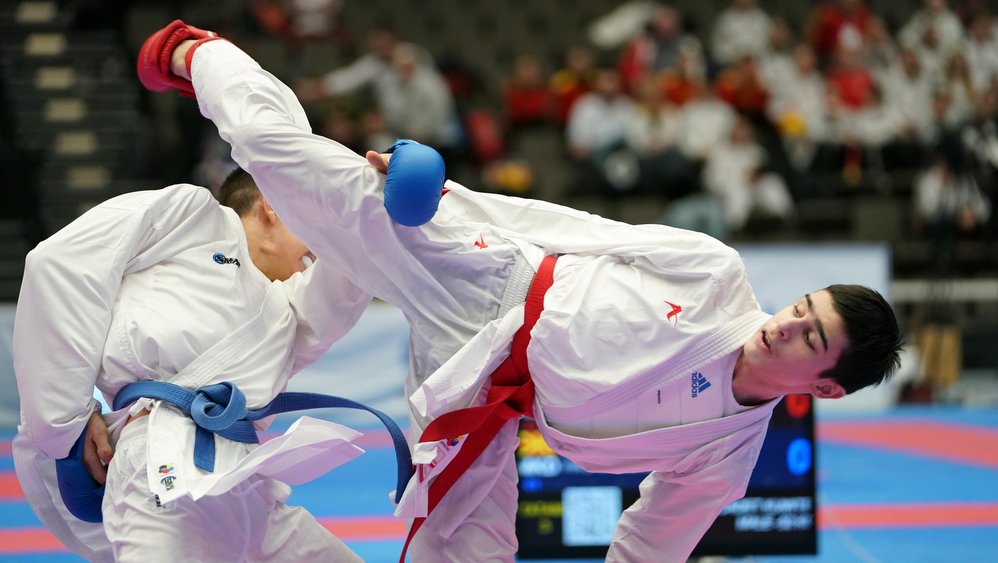 The powerhouses of European Karate dominated the first day of competition of the 2019 EKF Cadet, Junior & U21 Championships. Turkey finished with eight medals including five golds, while Azerbaijan claimed two golds in the opening day of action of the underage continental tournament.

The powerhouses of European Karate dominated the first day of competition of the 2019 EKF Cadet, Junior & U21 Championships. Turkey finished with eight medals including five golds, while Azerbaijan claimed two golds in the opening day of action of the anticipated underage continental tournament.

Turkey demonstrated a top level in both Kata and Kumite categories with an impressive performance today. Menekse Vardar initiated the successful presentation of Turkish competitors with her victory in Cadet Kata Female. The second gold for the Turkish delegation came with Enes Ozdemir’s triumph in Junior Male Kata. Colak Keyda Nur took yet another top award for Turkey in Junior Kata Female while Yurur Omer Faruk claimed the fourth gold in Cadet Male Kumite -57kg. The last success for Turkey came in the closing category of the day. Ahmet Bulut prevailed in Cadet Male Kumite +70kg and finished the outstanding showcase of authority of the representatives of the powerhouse nation of the sport. 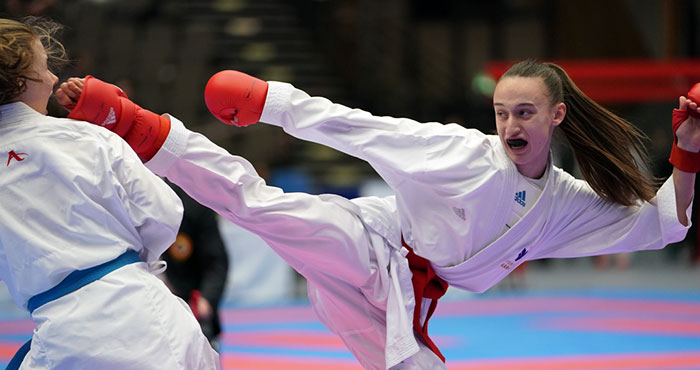 Meanwhile, Spain continued showing strength in Kata and after taking five medals last year in the last edition of the event, the Iberian nation took gold in Cadet Male Kata with the title going to Salvador Balbuena Cisneros. Roman Heydarov of Azerbaijan and Carola Casale of Italy wrapped up the Kata categories with victories in the U21 competition.

The medal count in the Kumite competition was extremely open and no less than 25 countries went home with awards today thus showcasing the great level of all the participating nations at the event. Akhmed Akhmedov of Russia took a convincing victory in Cadet Male Kumite -52kg as Tale Yagubov of Azerbaijan dominated the Cadet Male Kumite -63kg. Artjom Jermolaev of Latvia closed the gold medal count for the Cadet Male categories with the title in Cadet Kumite Male -70kg. 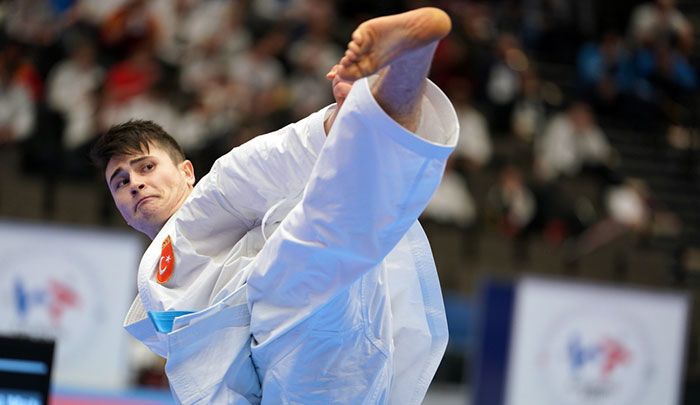 In the female competition, the host nation also had reasons to celebrate since Erika Batakujevic took the flag of the organising country to the top of the podium in Cadet Female Kumite -54kg, much to the celebration of the local fans on site.

Margot Soulier won the first gold for powerhouses of France in Cadet Female Kumite -47kg while Austria also made their debut in the medal table with the title in Cadet Kumite Female +54kg going to Hanna Devigli.

Action will continue on the second day with the Junior Kumite competition and the Team Cadet & Junior Kata categories. The event is available to a worldwide audience as the tournament is being streamed LIVE and FREE on karateworld.tv 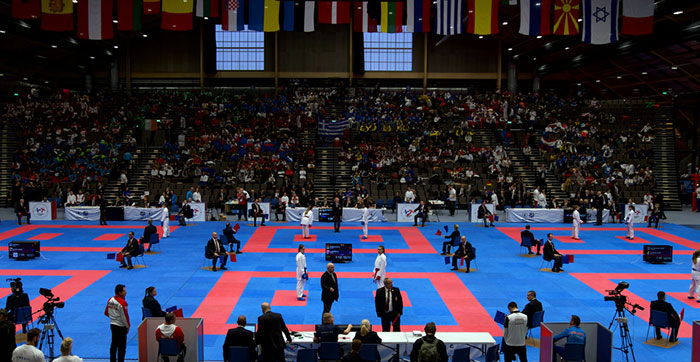